Working from home by Roseangela Borgese, to the Hold Still photographic project launched by the Duchess of Cambridge in collaboration with the National Portrait Gallery, Hold Still aims to create a collective portrait of lockdown in the UK, capturing the spirit, mood, hopes, fears and feelings of the nation as the coronavirus outbreak continues.

By Tony Jones
The Duchess of Cambridge has celebrated the “amazing” entries to her photographic project documenting life under lockdown.

Images of sleeping nurses, shielding elderly and chaotic family scenes showing the reality of working from home are featured in the pictures submitted to Kate’s Hold Still initiative.

In a video message to encourage more entries, the duchess said: “There have been so many amazing entries to Hold Still over the last few weeks. 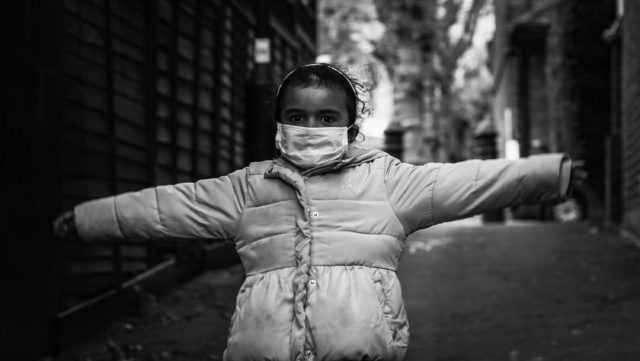 “From families up and down the country showing how they are adapting to life during lockdown, through to some of the most amazing NHS and social care staff who are putting their lives on the line to save the lives of others.

“But it isn’t too late to take part. So please take a moment to capture what life is like for you, because together I hope that we can build a lasting illustration of just how our country pulled together during the pandemic.

Among the submitted images is one titled Sleeping Colleagues Unmasked by Jane Roe, showing two nurses during a break from working in a Covid-19 intensive care unit (ICU), asleep on a sofa in a hospital in Tooting, south London.

In a caption explaining the background to her picture, Ms Roe wrote about her colleagues: “We all tiptoed around them, hushed and shushed, relaxed in tranquil silence from beeps and alarms.

“The peace was broken by phones buzzing and back to PPE (personal protective equipment) and patient care.

“The photograph was taken on 23 April during the peak of ICU admissions across South London, in the General Intensive Care staff room of St George’s Hospital in London.”

Another picture called Working From Home by Rosangela Borgese features a man with his back to the camera sitting at a computer, while in the foreground a toddler lies sprawled on the ground surrounded by toys.

Ms Borgese wrote: “This is our new normal daily working from home life. Looking after a toddler in a two bedroom top floor flat in lockdown for the past eight weeks. We are still adapting to the new fluid living, challenging at times, but entertained most of the time by our toddler.”

A further striking image by Steph James, called Glass Kisses, shows her one-year-old son with his hand pressed to a window and on the other side of the glass his 89-year-old great-grandmother kisses his fingers.

She wrote in her caption that the pair “miss each other so much at the moment”, and added: “I captured this beautiful moment between them whilst dropping off groceries. Kisses through glass.”

The duchess wants budding photographers and those who have never picked up a camera to take pictures for her Hold Still initiative – being run with the National Portrait Gallery – to “document and share a moment in time” that has been dubbed the “new normal”. 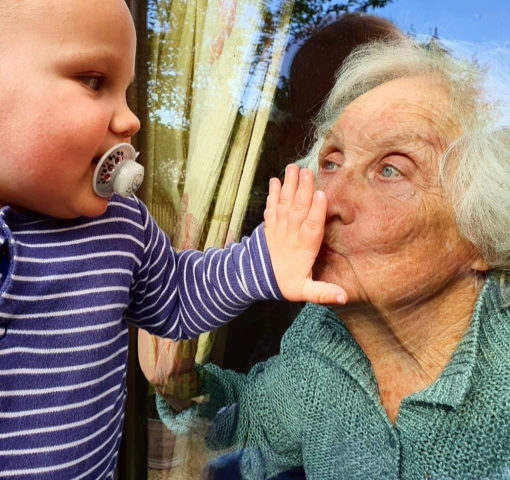 The duchess – who supports the National Portrait Gallery as patron – will help to curate 100 of the entries, chosen for the emotion or experiences they express rather than their expertise, with the photographs going on virtual display before a selection are shown.

Kate revealed her children are the inspiration behind her own photography and when asked for tips during a recent television interview, she replied: “Well, I’m very much an amateur photographer, I sort of learn along the way.”
(PA)