On Wednesday 26th January the Gibraltar Darts Youth Academy hosted their second Ranking event of the 2019/20 season. The ranking took place at the “George Federico Darts Hall”, the home of darts in Gibraltar.

Once again it was a brilliant turnout with a total of 24 youngsters turning up.

With 2 events out of 6 played things are looking very tight at the top of the standings, but with four more events to play, these youngsters have everything to play for to secure a place in the top 4.

The top 4 at the end of the season will be the four that represent Gibraltar at this years European Youth Cup to be held in Budapest, Hungary.

17 year-old Kevagn Pereira claimed his first career Youth ranking title in what will be his last season as a youth player.

Kale Francis recored the only 180 of the night and Nico Bado produced the highest finish with a 103. 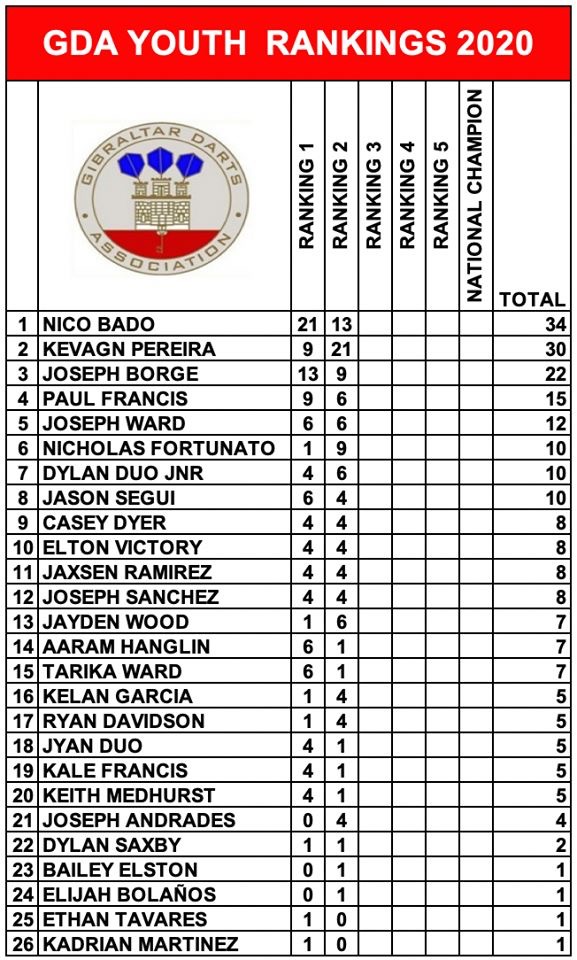