Lathbury Lightning will be closing this years Gibraltar Premier Cricket league with their final match seeing them play Mediterranean Vikings.
This will be the second match in just three days for the latter who played on Monday against Harding Hurricanes. The Vikings came away with their fourth victory beating Harding Hurricanes by 8 wickets on the night.

Also this past weekend South XI select played against a North XI select as players prepare for their trip to Belgium.

South XI chased down The North XI score for the loss of 4 wickets inside 18 overs, securing a 6 wicket victory. Julian Freyone scoring 56 off 37 balls and Louis Bruce 49 off 39 balls. 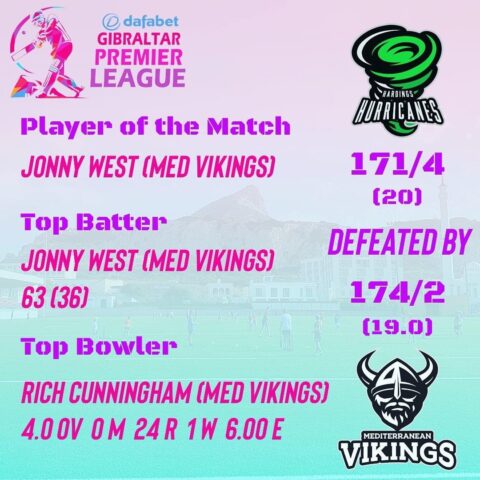 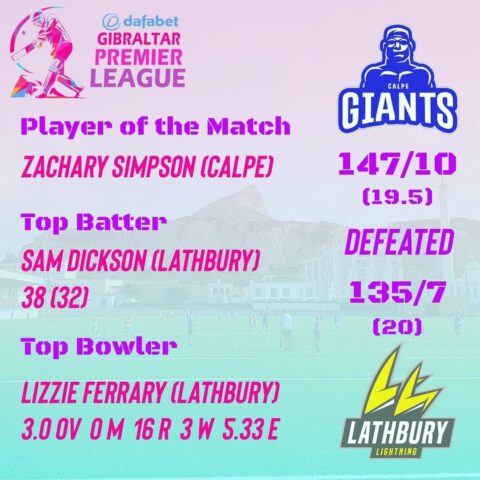 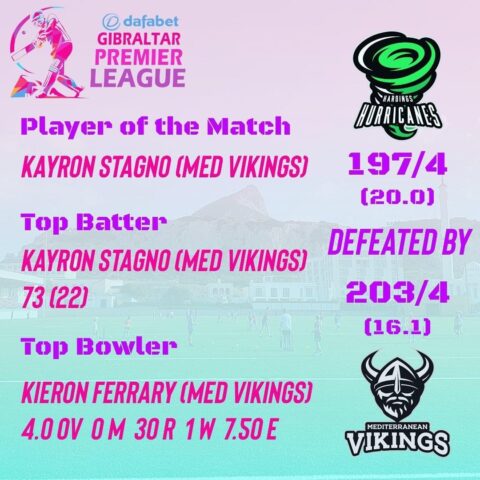 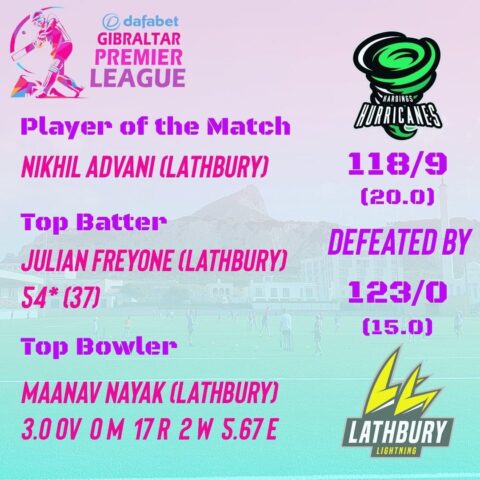 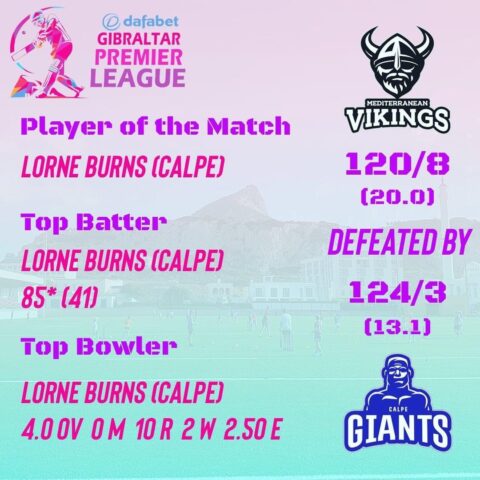