Gibraltar national league champions Lincoln Red Imps face the daunting task of a first leg, third qualifying round of the Europa League against SK Slovan Bratislava this evening (kick off 6pm).
The Gibraltar league club dropped into the Europa League after their defeat last week in the Champions League against CFR Cluj, losing by a very respectable 2-0 (4-1 aggregate).
SK Slovan Bratislava, themselves dropped into the Europa League after defeat at the hands of Young Boys.
Lincoln Red Imps opponents are no newcomers to the competition with a rich history in European club competition football including winning the UEFA Cup Winners Cup in 1968/69 and reaching the group stages of the Europa League on three occasions in recent years.

A tough test for Lincoln Red Imps Manager, Mick McElwee told the Lincoln Red Imps official website “They are a strong opponent with a rich history and tradition in the game,” he said. “We will be looking to make home advantage count and to be able to do that, we need our supporters right behind us from the very first whistle.
“By working together we can make things interesting as we attempt to reach the high standards that I know we are capable of.
“The players are looking forward to the challenge that stands before them and taking their next steps on our European adventure.”
Lincoln Red Imps will be looking at producing a good result this evening in front of their home crowd. Guaranteed of further European club competition matches even if they were defeated in this round, Lincoln Red Imps will be looking to extend further their chances towards reaching the group stages of the UEFA Europa Conference League which would guarantee them a financial boost towards next season.
Progressing beyond the third round of the Europa League would guarantee them a group stage appearance on the ECL.
Lincoln Red Imps enter tonight’s match missing Tjay De Barr who has officially signed for Wycombe Wanderers and Ethan Britto listed as suspended following bookings in previous rounds.
With Slovan Bratislava seen as the favorites to move into the next round of the competition the pressure on Lincoln Red Imps is reduced. Home advantage and their tendency to rise to the occasion could still see Lincoln Red Imps produce a surprise at a time the club have had one of their most consistent peak performances in European club competition in recent years. 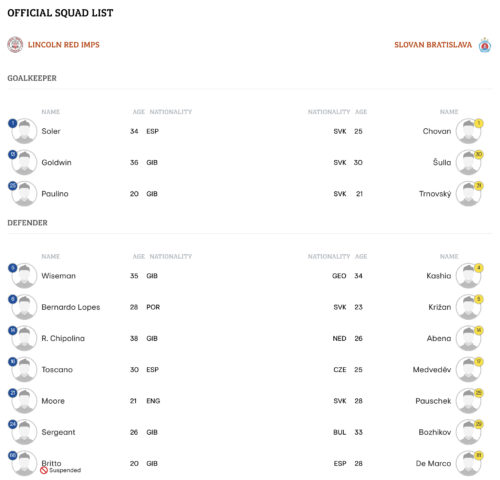 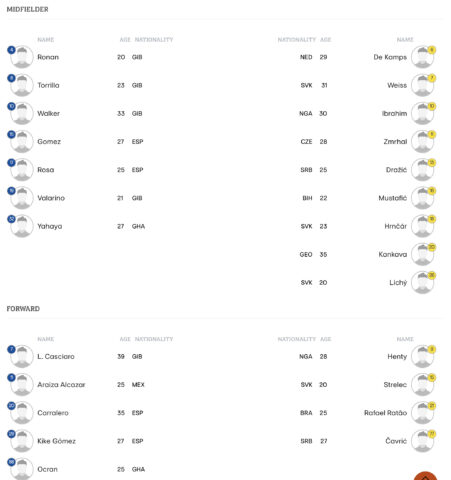