A late winner by substitute Lee Casciaro secured Lincoln Red Imps’ hopes of a league and cup double to continue alive whilst denting Lynx’s hopes of European club football even further.
Following last weekend’s 7-0 victory by the Imps against Lynx, few would have bet on an upset. However, Lincoln left themselves open to such a possibility up to the very last minutes of the match. With numerous players rested including Lee Casciaro and Scott Wiseman starting from the bench and Kike staying home the Imps risked becoming too relaxed in their approach to the match, something their own head coached had warned about before the match.
Although dominating possession Lincoln had few to no chances in front of goal in the first half, ending the first half level at 0-0. Players such as Luke Wall and Graeme Torrilla produced some positives. Wall’s intelligent distribution of the ball and his off-the-ball positioning highlighted his worth, matched only by Tjay De Barr who continued to act as a guiding compass with his passing through the centre of the field.
Torrilla’s workman-like performance keeping the momentum of energy going within what seemed a relaxed Imps team
Lincoln were far from Saturday’s mean-machine that destroyed Lynx with a seven goal nightmare. Too relaxed in their play it was not until Lee Casciaro stepped onto the field in the second half that the hustling and urgency returned.
The introduction of Scott Wiseman was also to add to this, the Gibraltar national team defender provided with his first touch of the ball the move that would end up in Luke Wall breaking the deadlock.
Lincoln upped their game somewhat but were punished when they allowed Lynx to take some control of the game for a moment. A lofted ball over the defence allowing for passage to goal with only Chino left to beat. Lynx levelling the game at 1-1.
Lynx missing key players such as Bradley Banda and Jessy Victory were gaining in confidence and made life difficult for Lincoln Red Imps.
It was not until the final minutes that Lincoln found the net again. Under some controversy which eventually led to the expulsion of one of their players Lynx conceded a corner which they were unable to clear properly. Lee Casciaro latched onto the ball at the edge of box and smashed the ball in past the defence and keeper for the final goal.
Lynx down to ten men had little they could now do with the game moments away from finishing. The final whistle was met with more controversy as an irate Lynx Head Coach and owner confronted the referee in the centre circle and was shown two yellow cards and subsequently the red whilst those around him, including Lincoln Red Imps head coach guided him away from the officials.
Lynx who sit in fifth place will now have to battle to regain their momentum in the league and hope that one of the top three win the Rock Cup in order to provide the fourth place finisher in the league a chance to play in the Europa League. 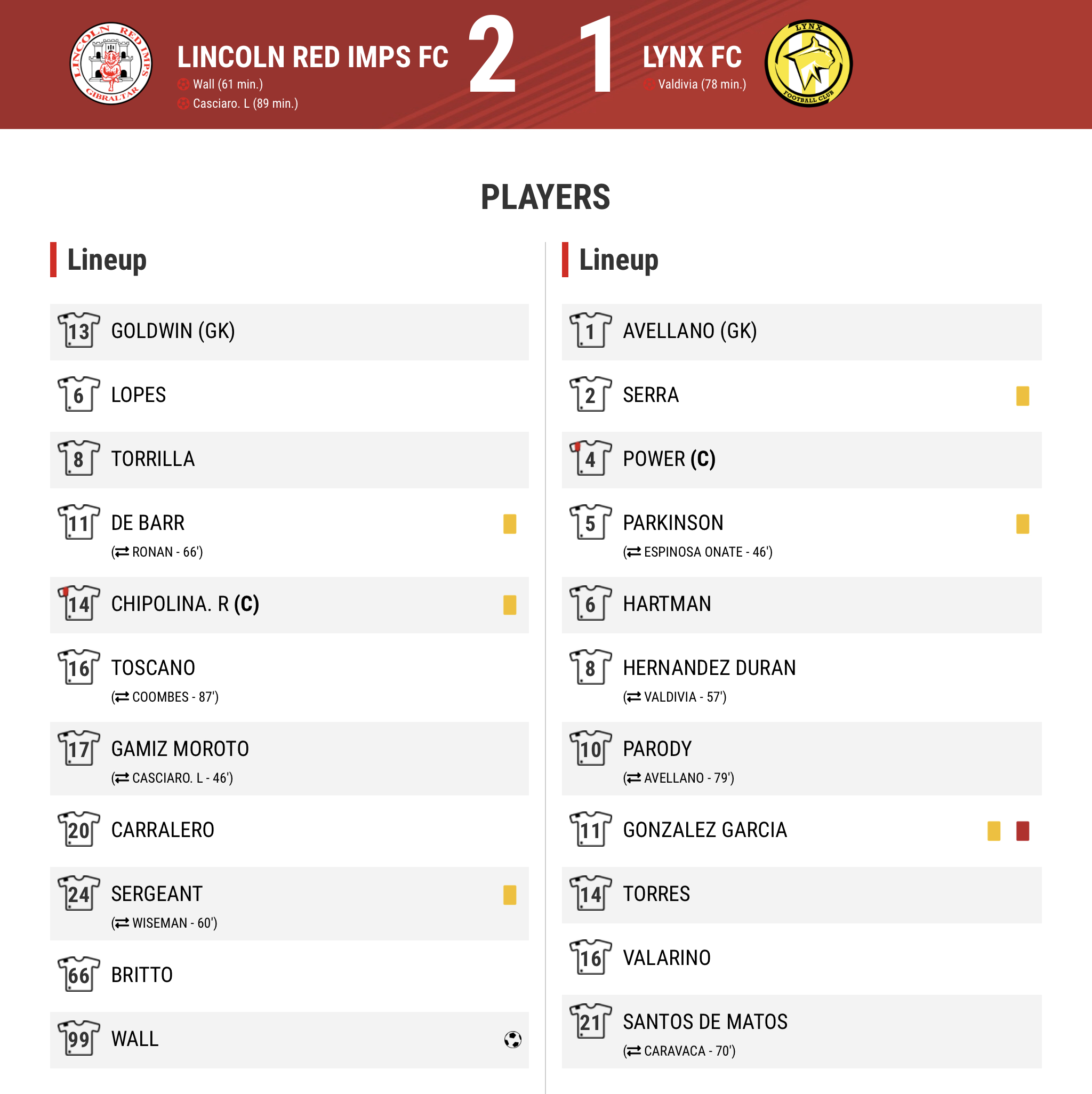 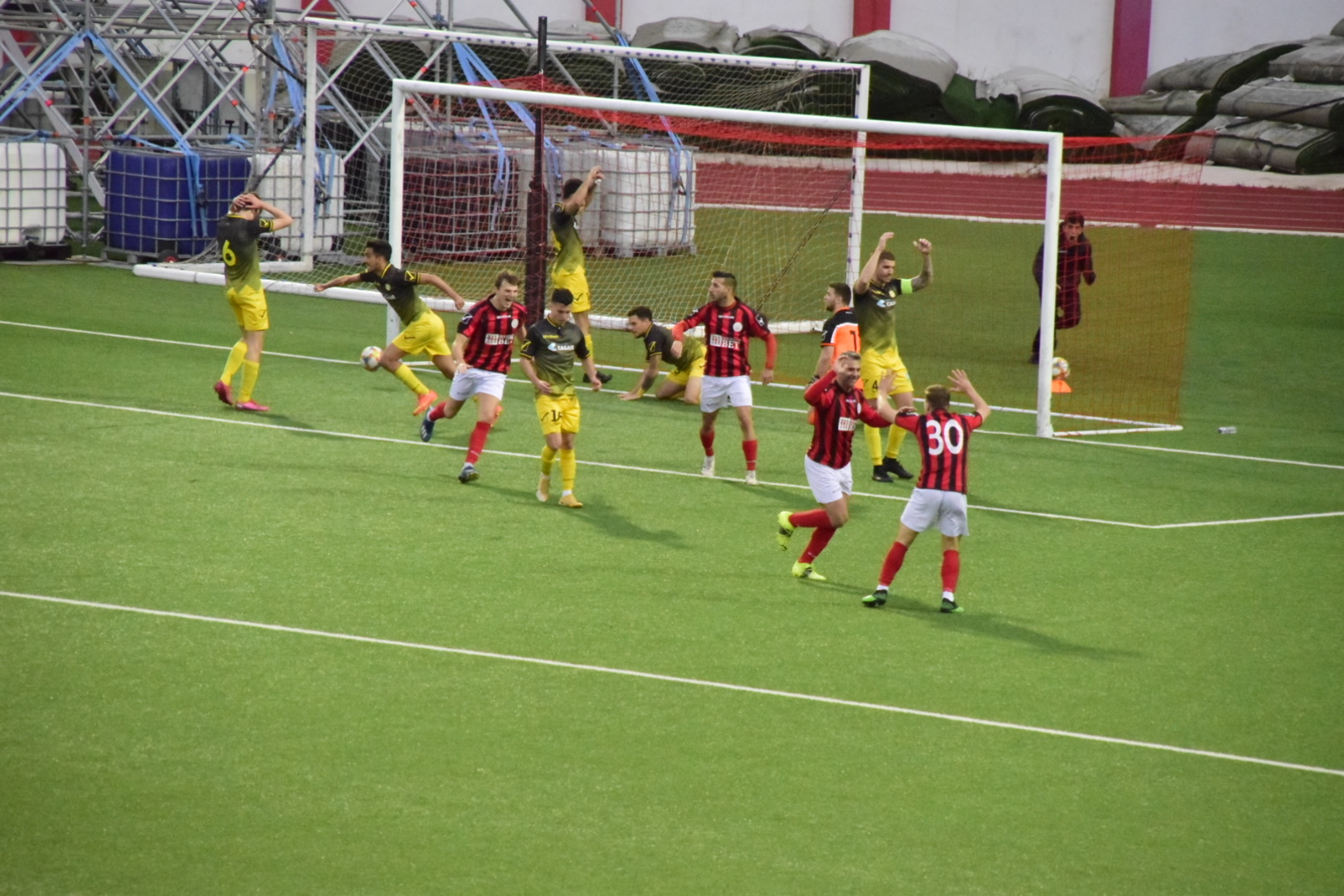 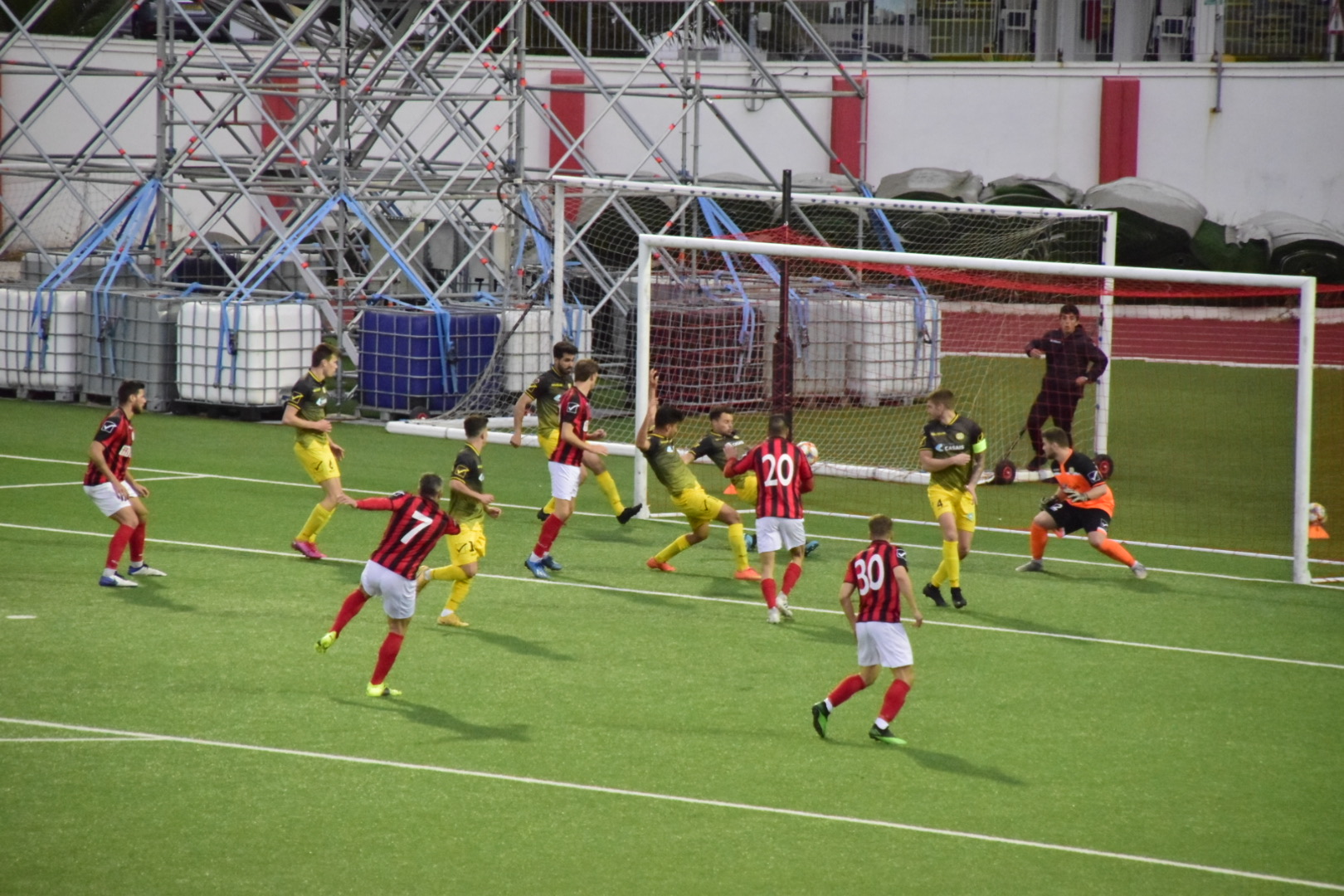 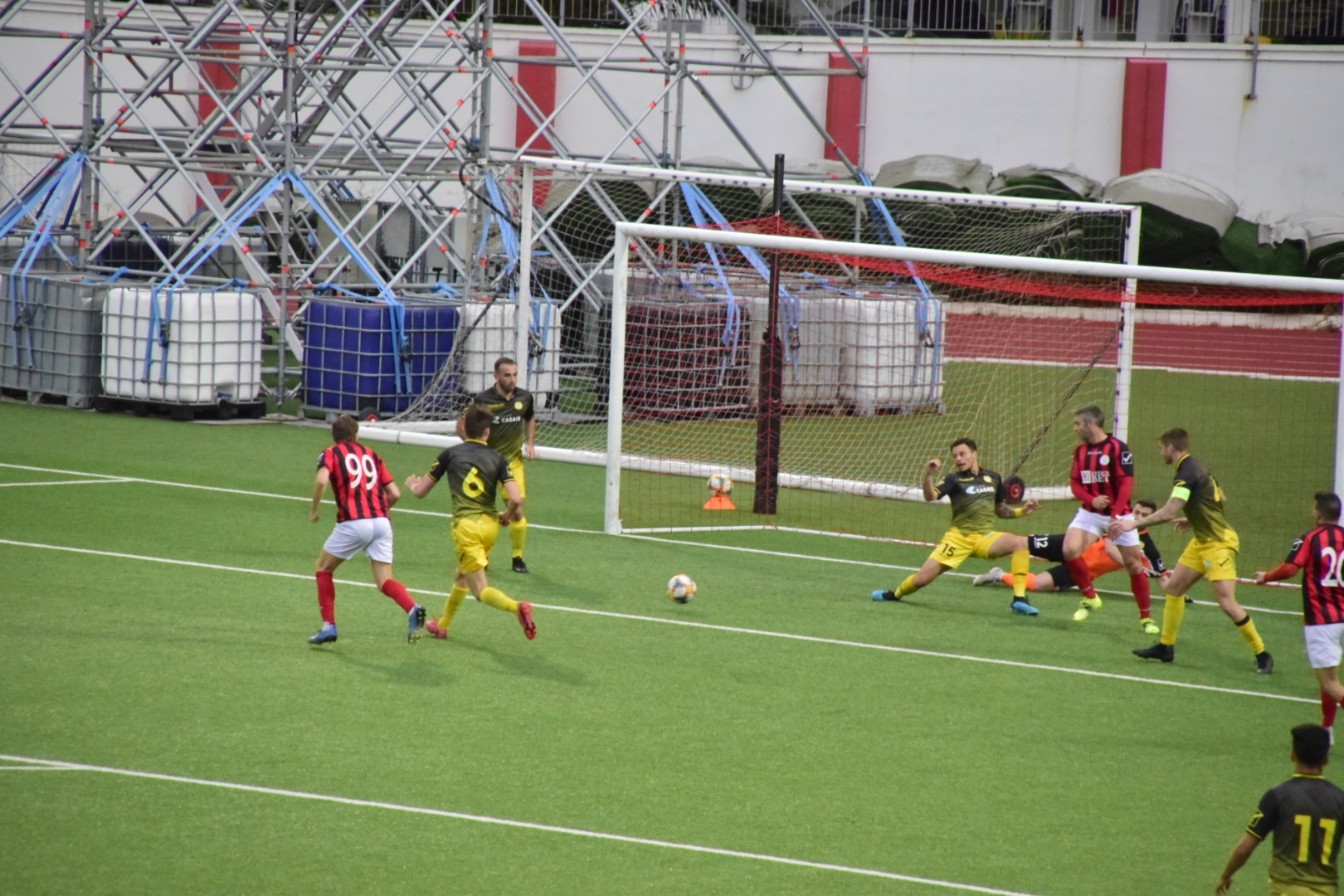 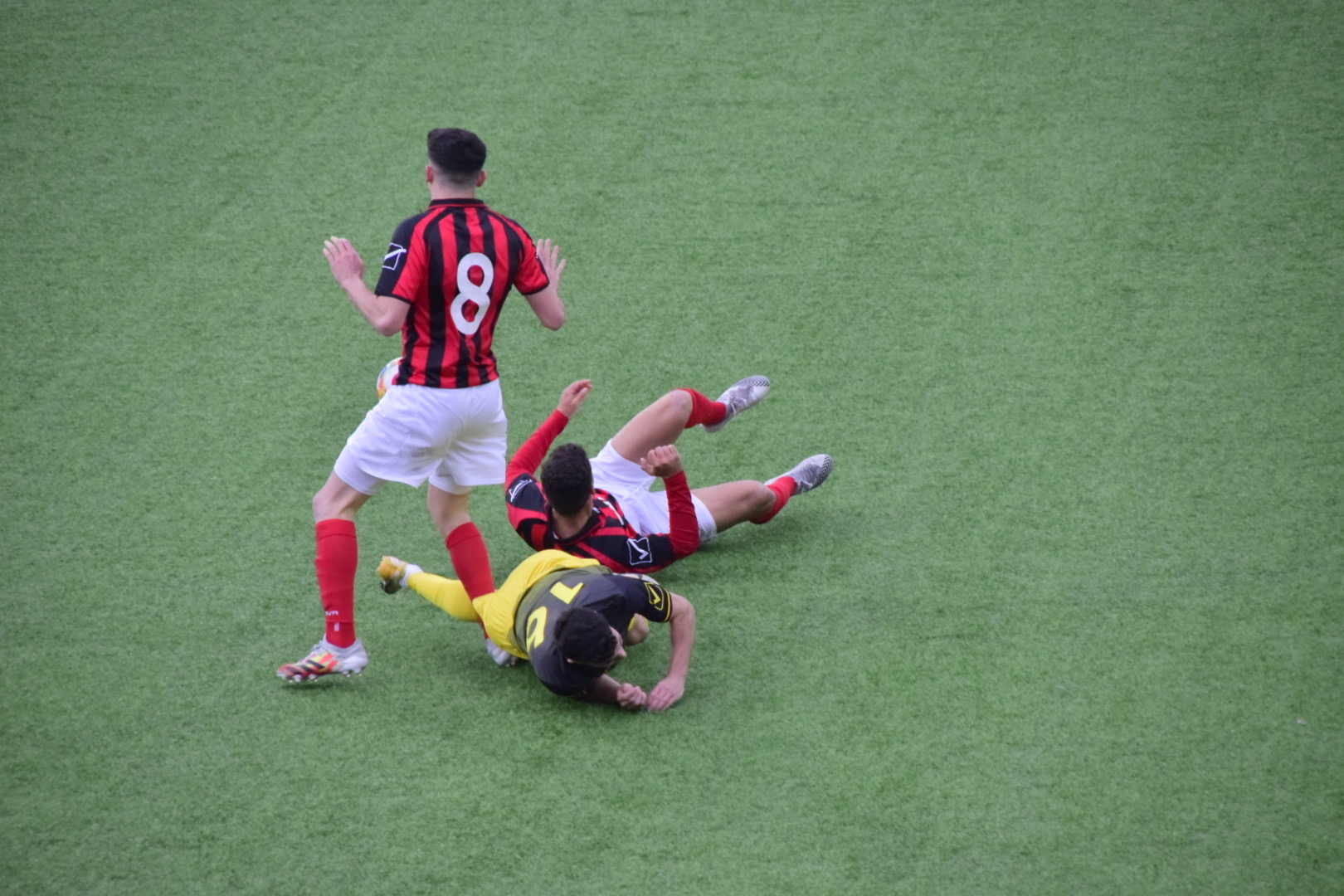 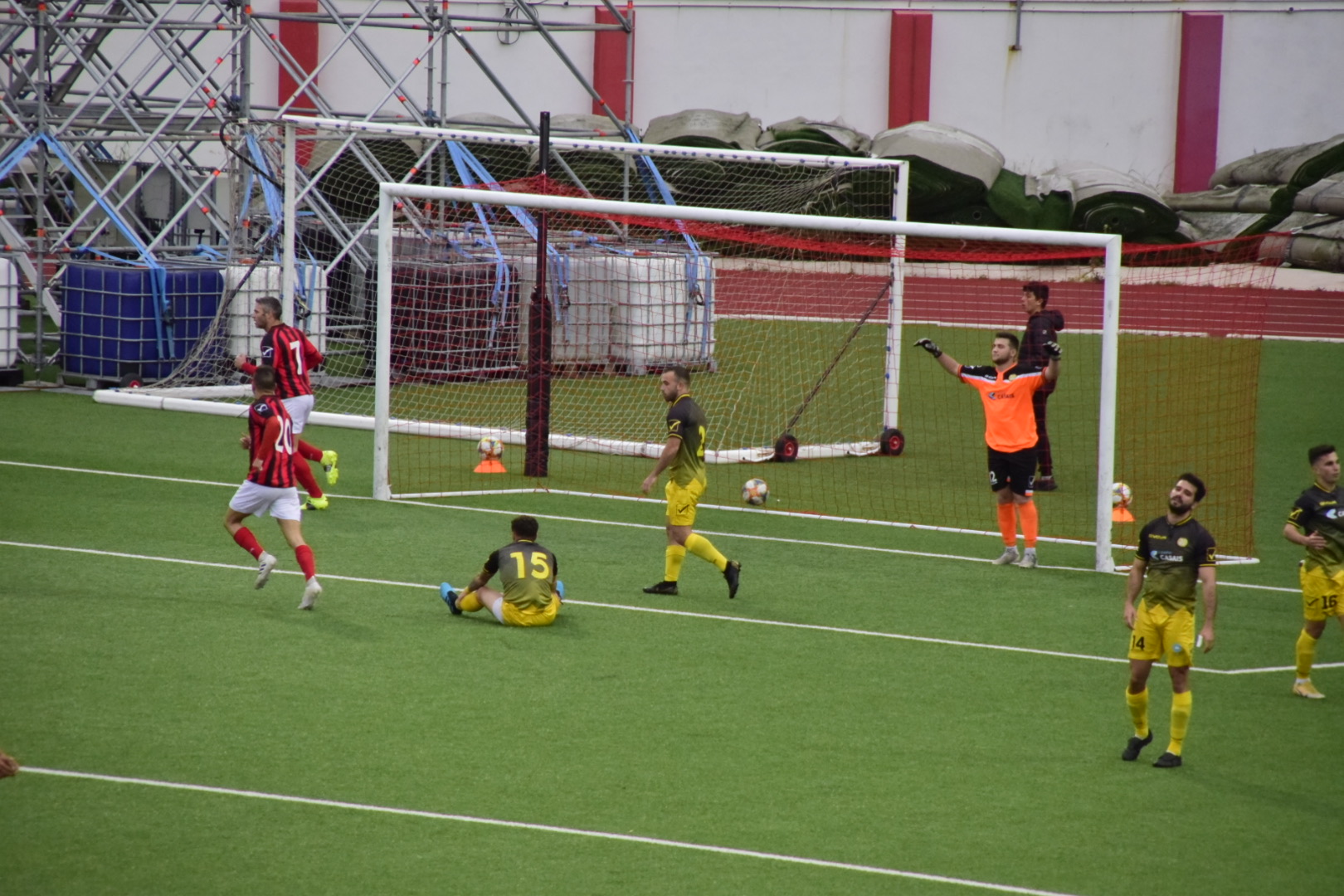 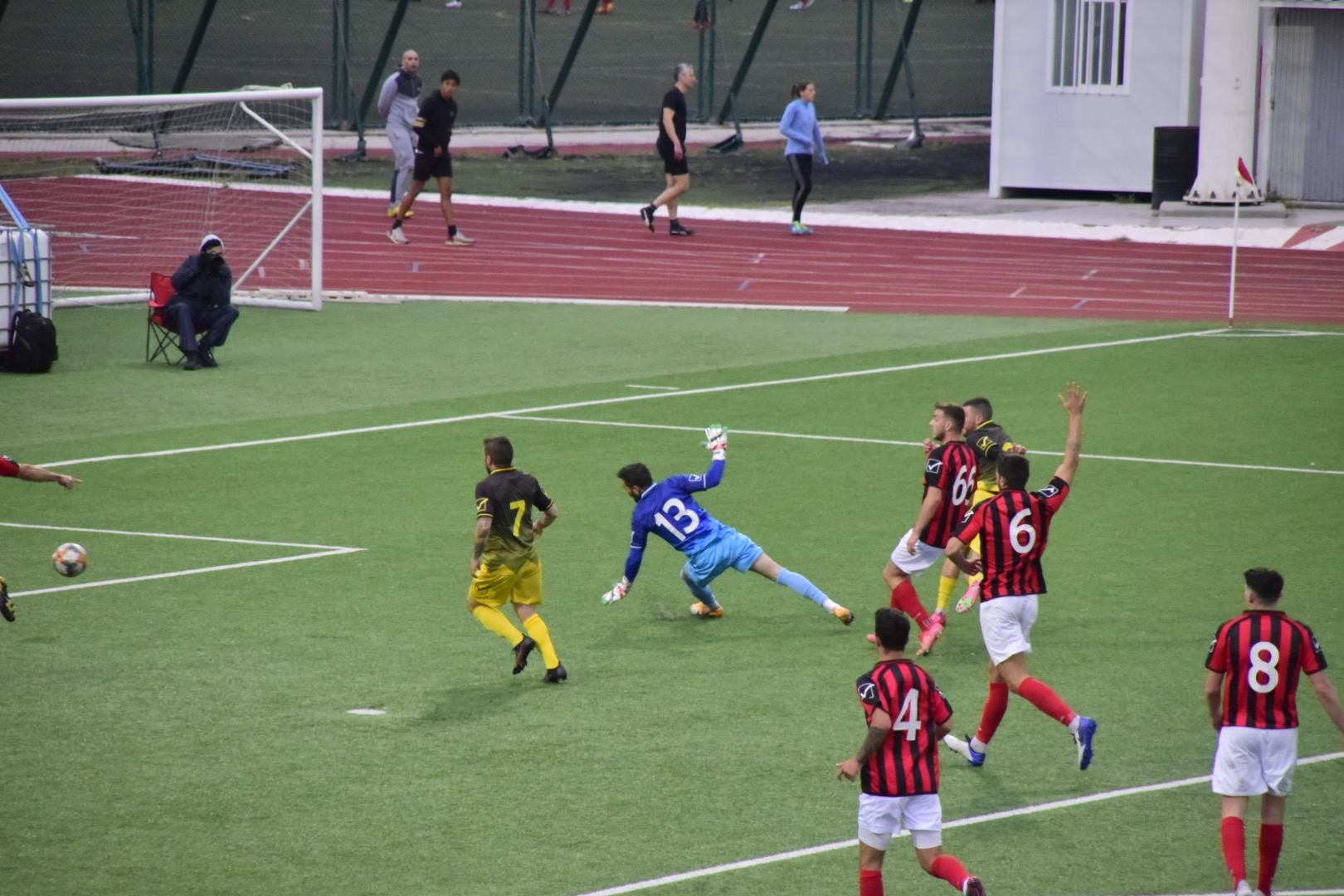 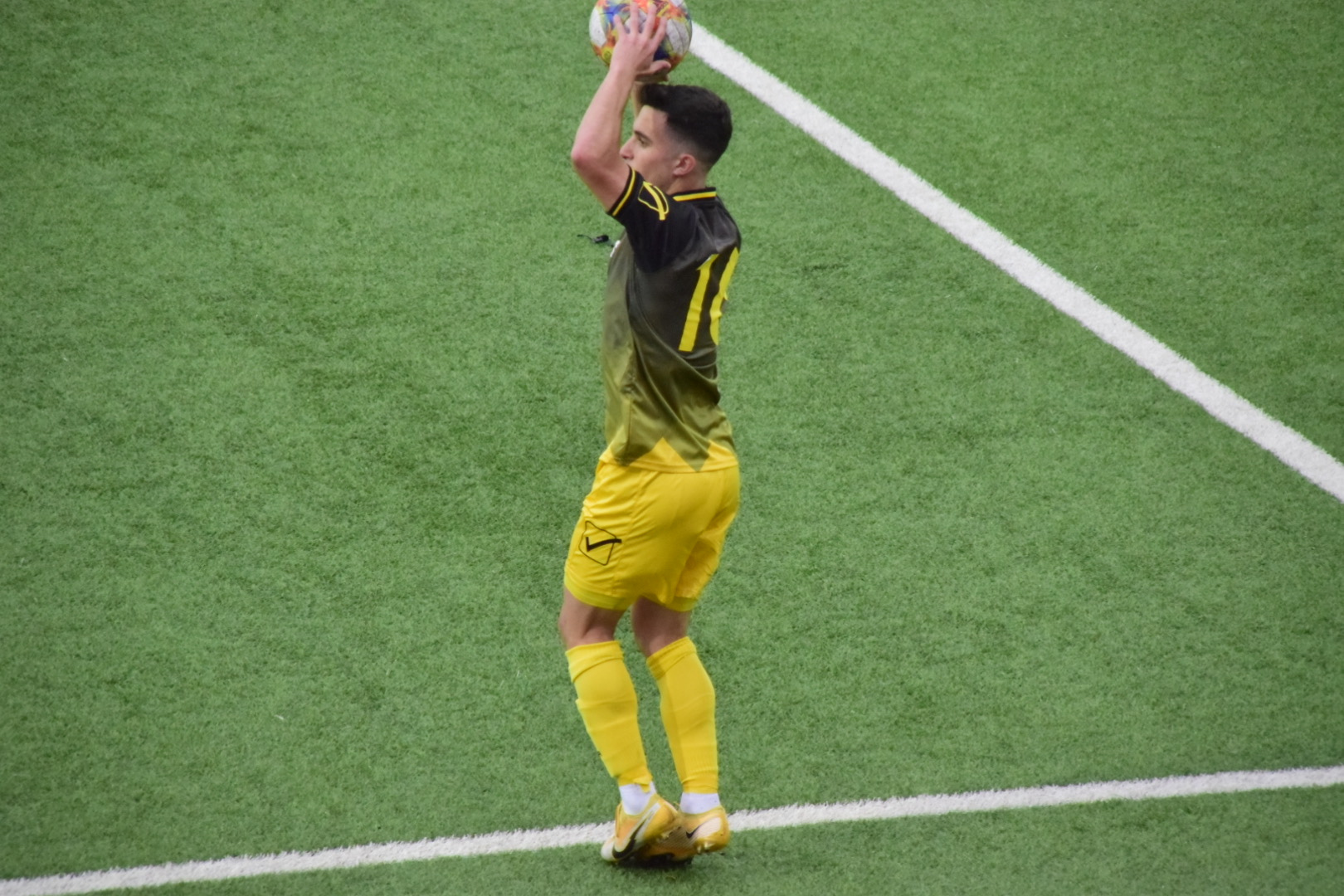 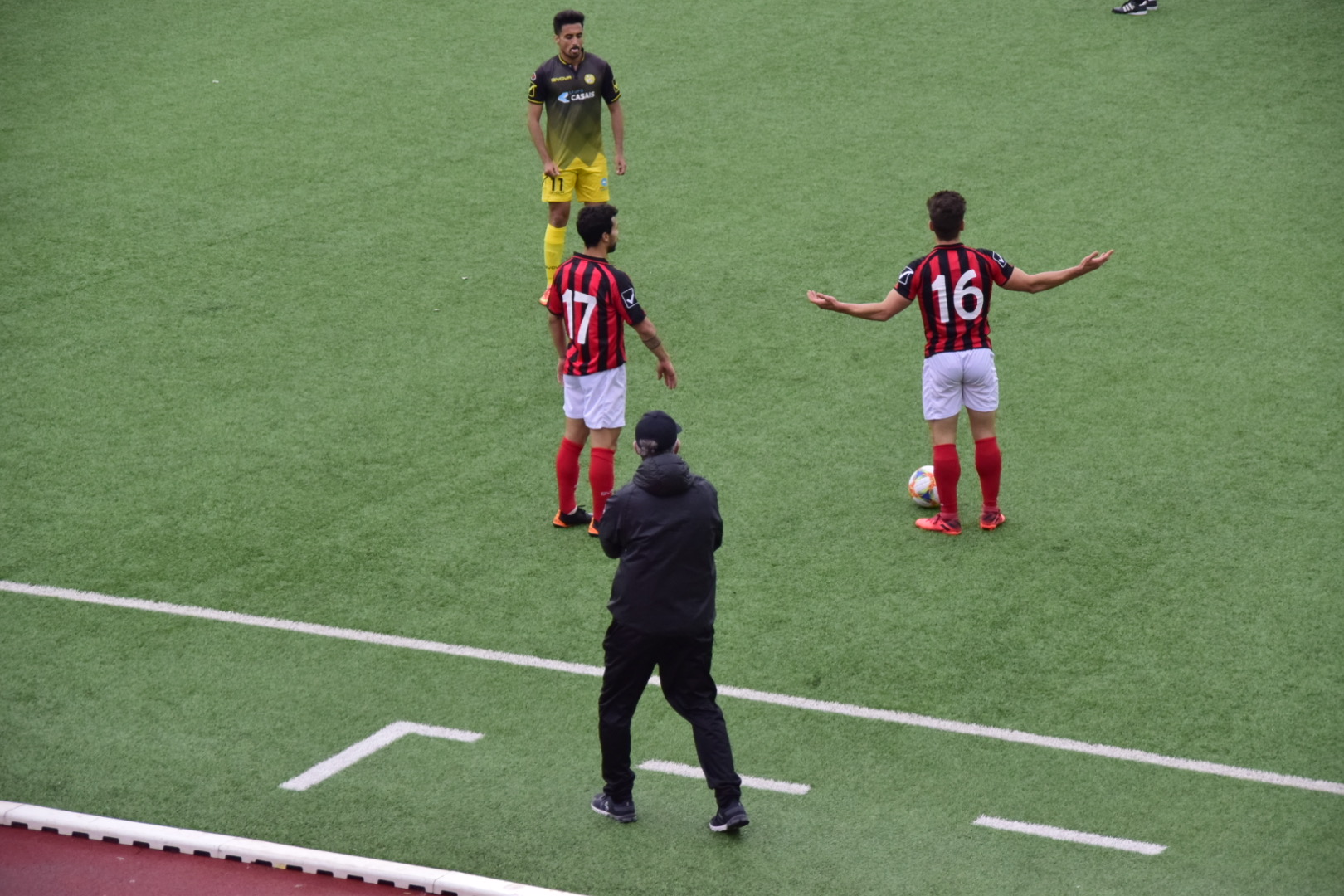 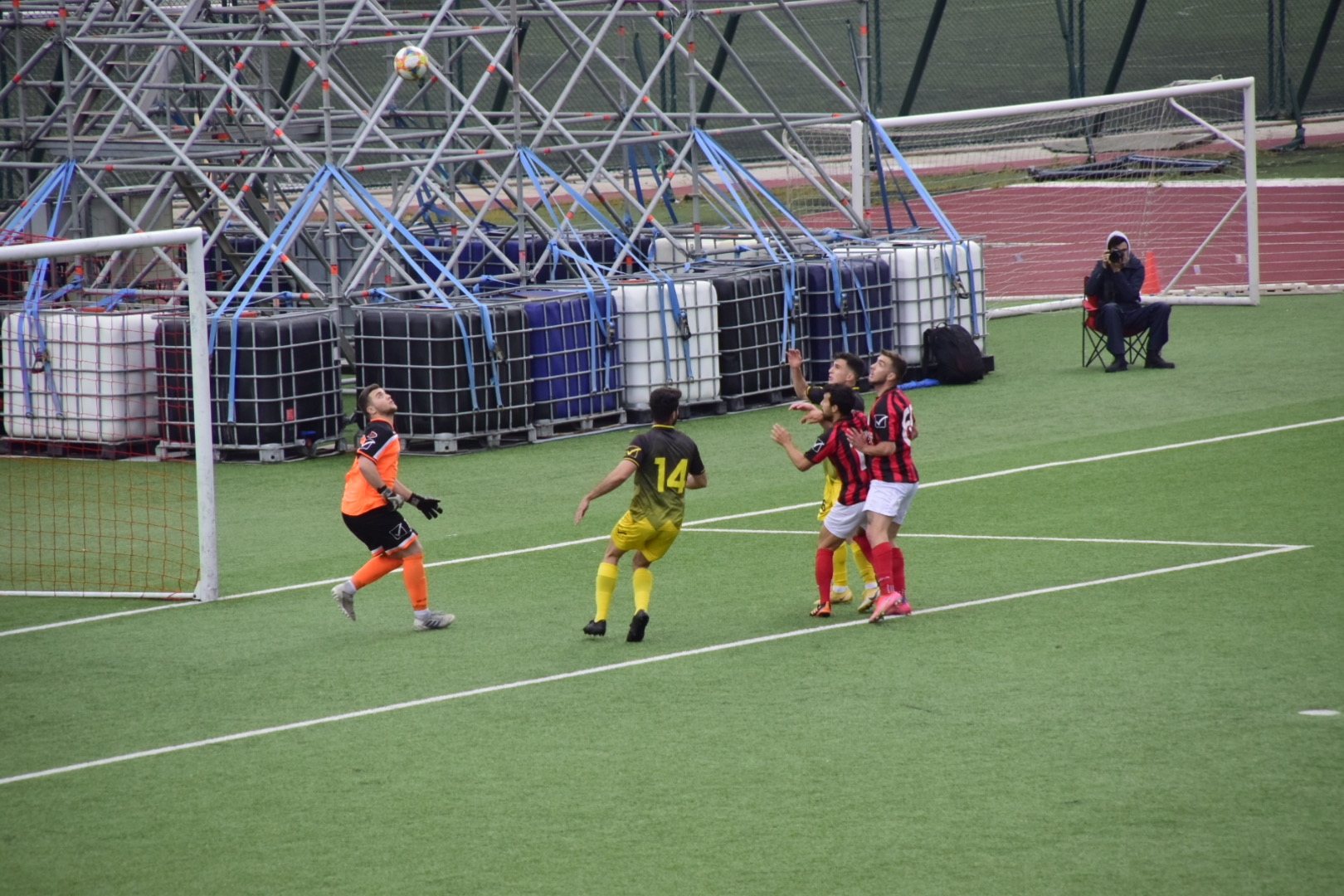 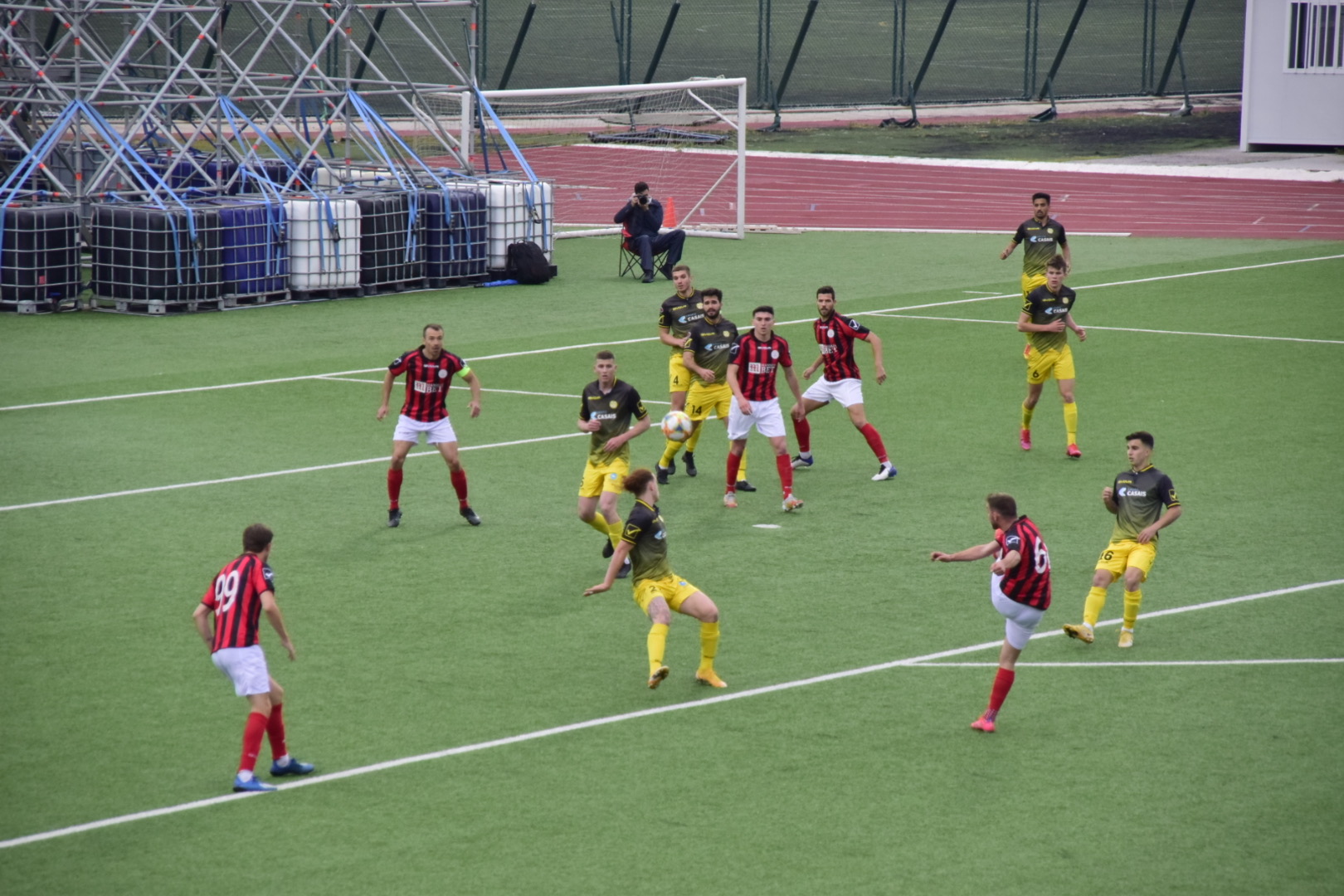 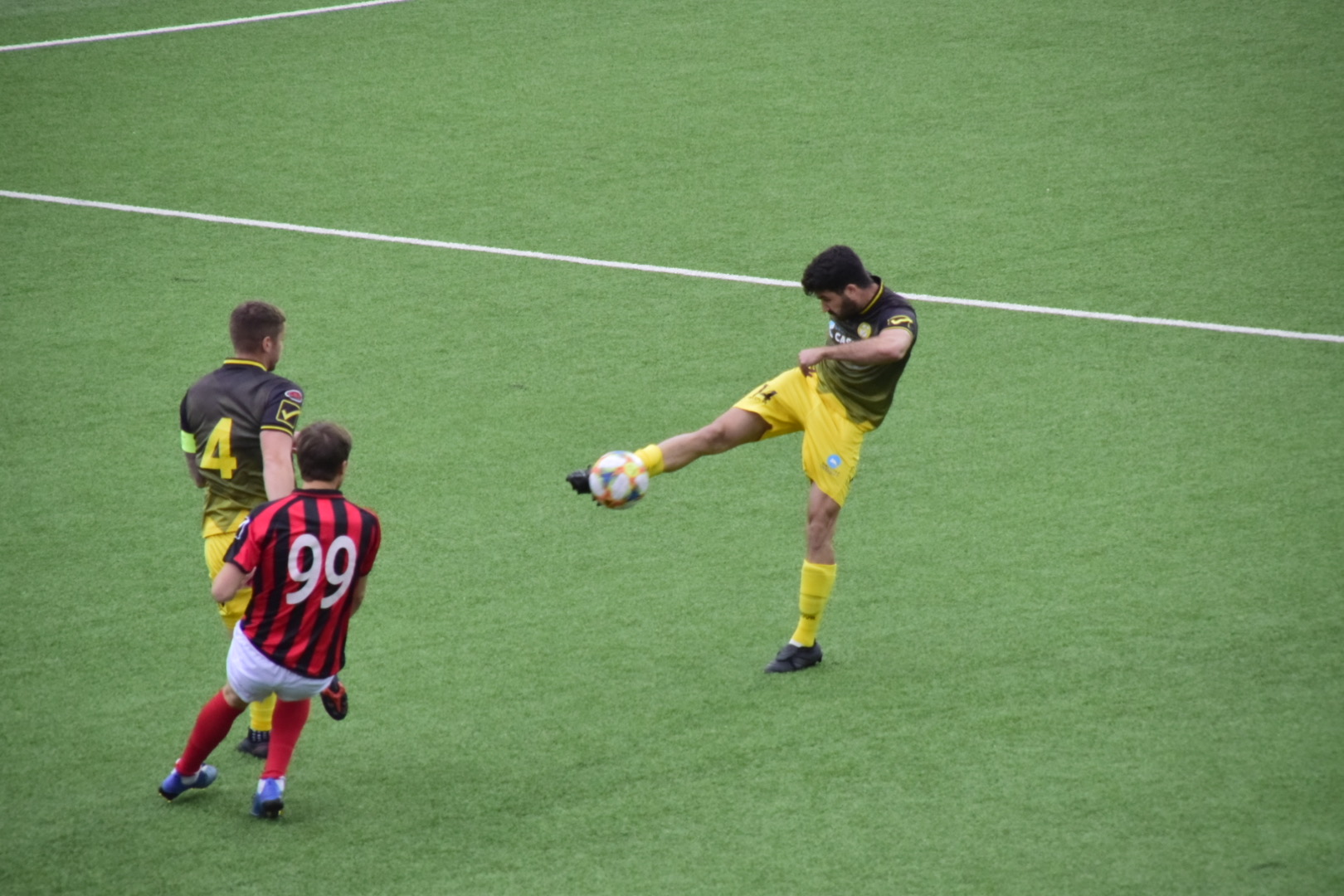 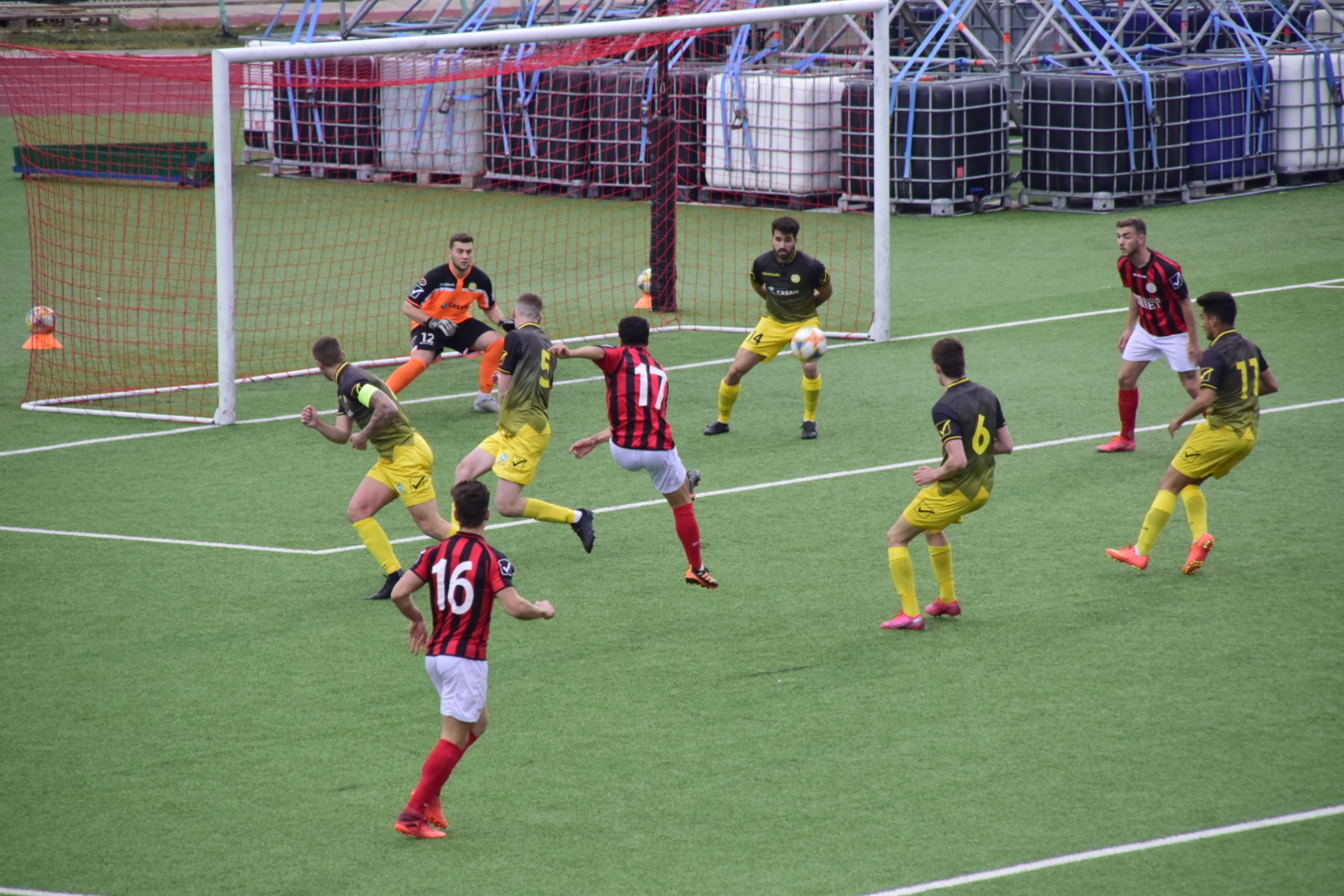 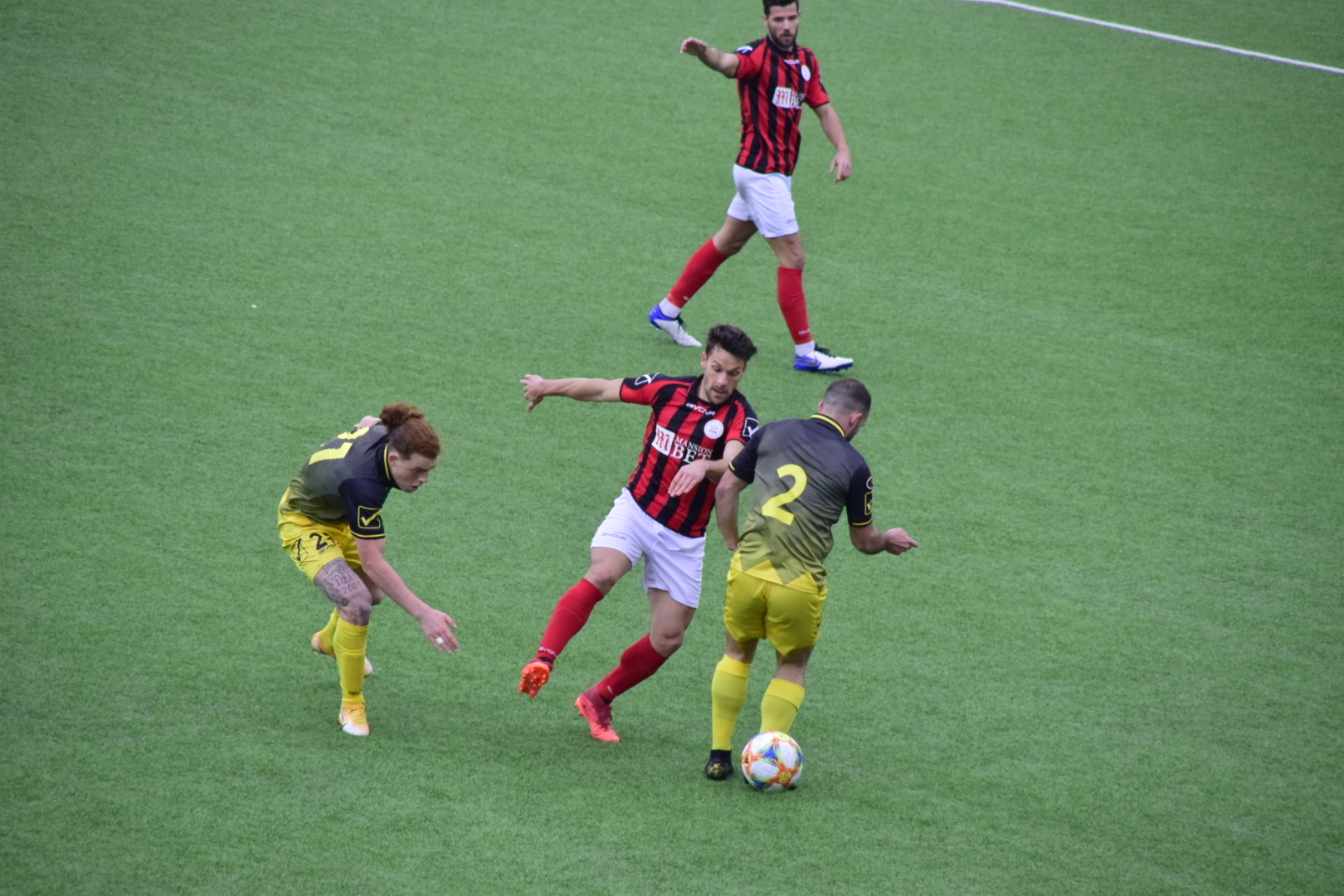 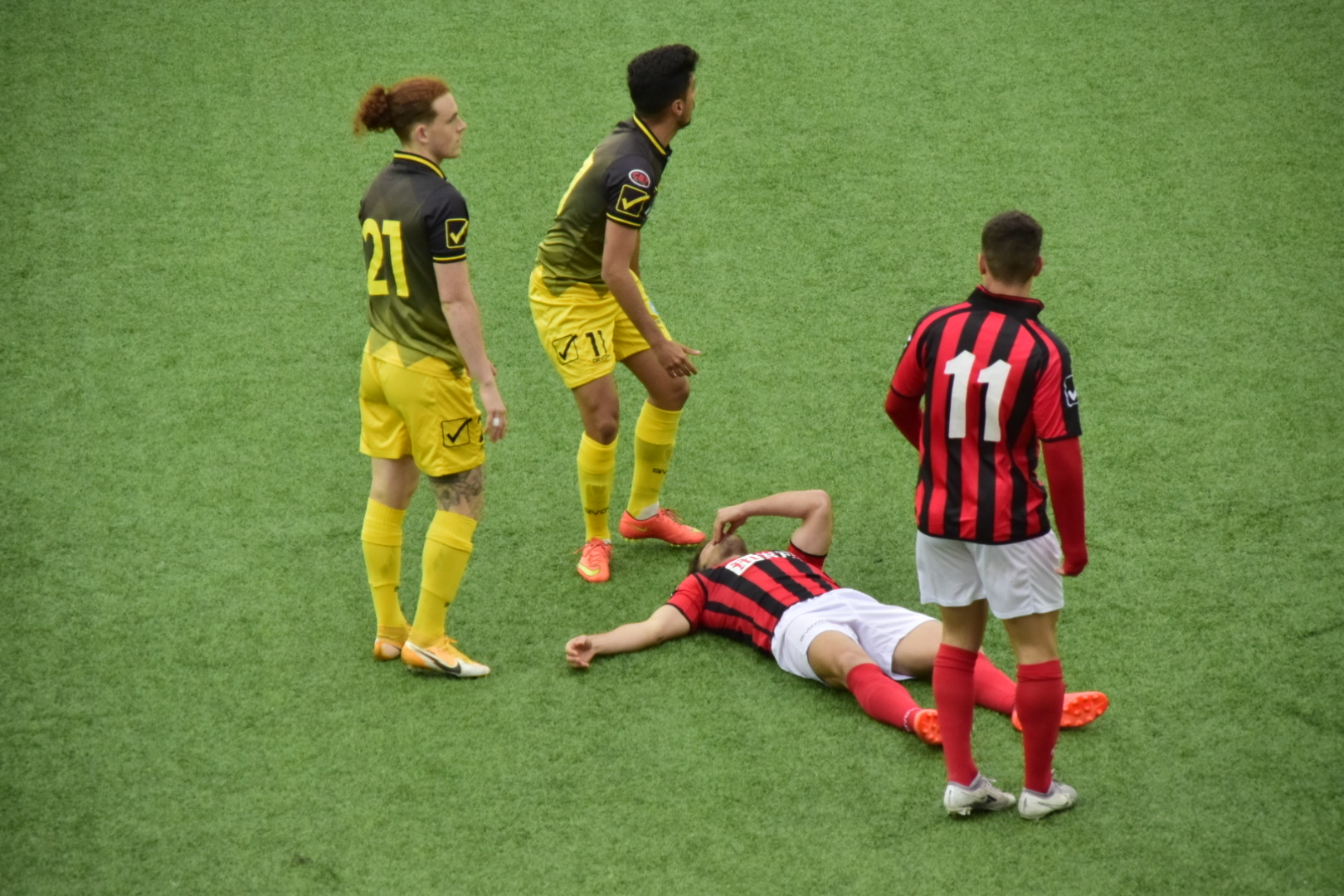 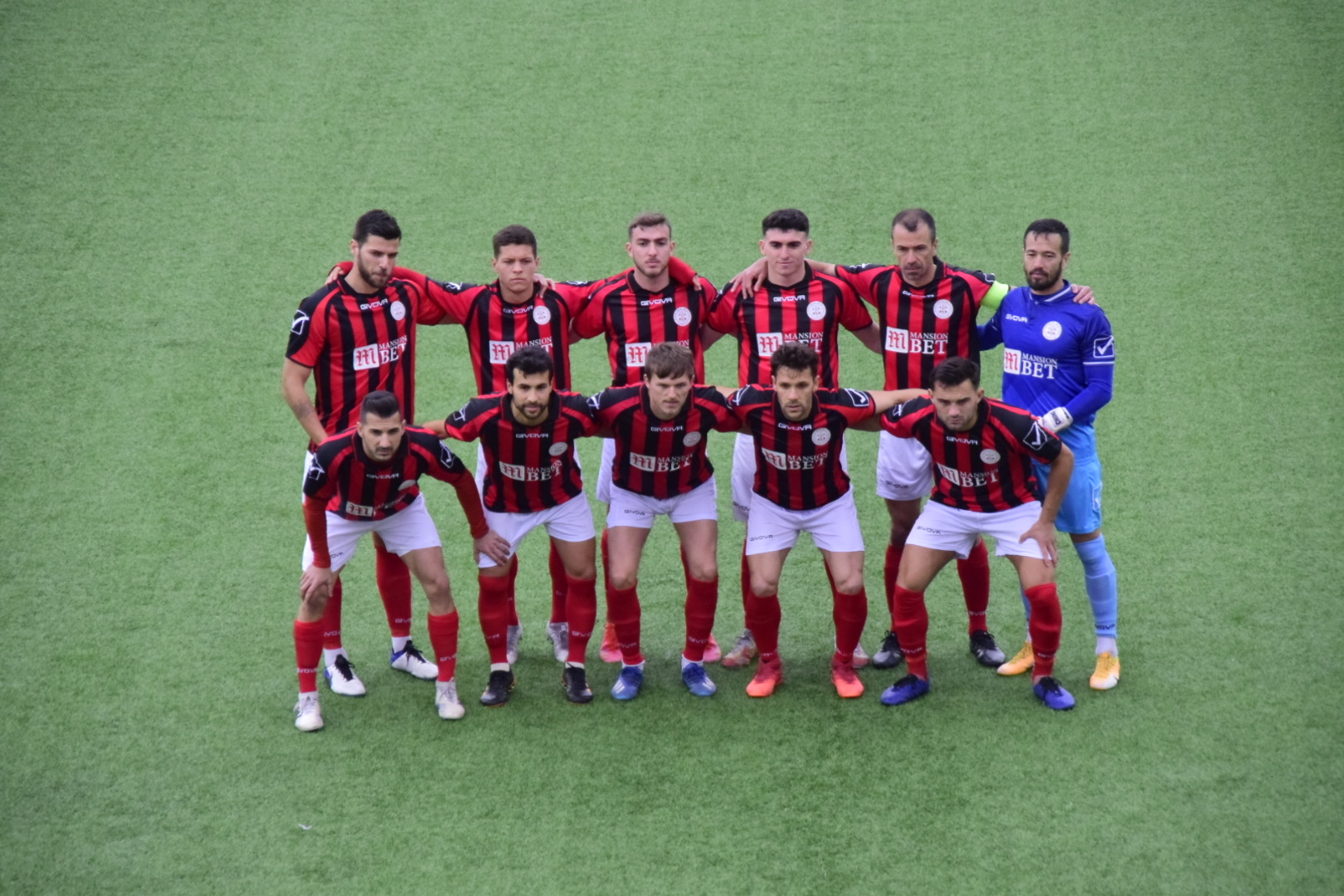 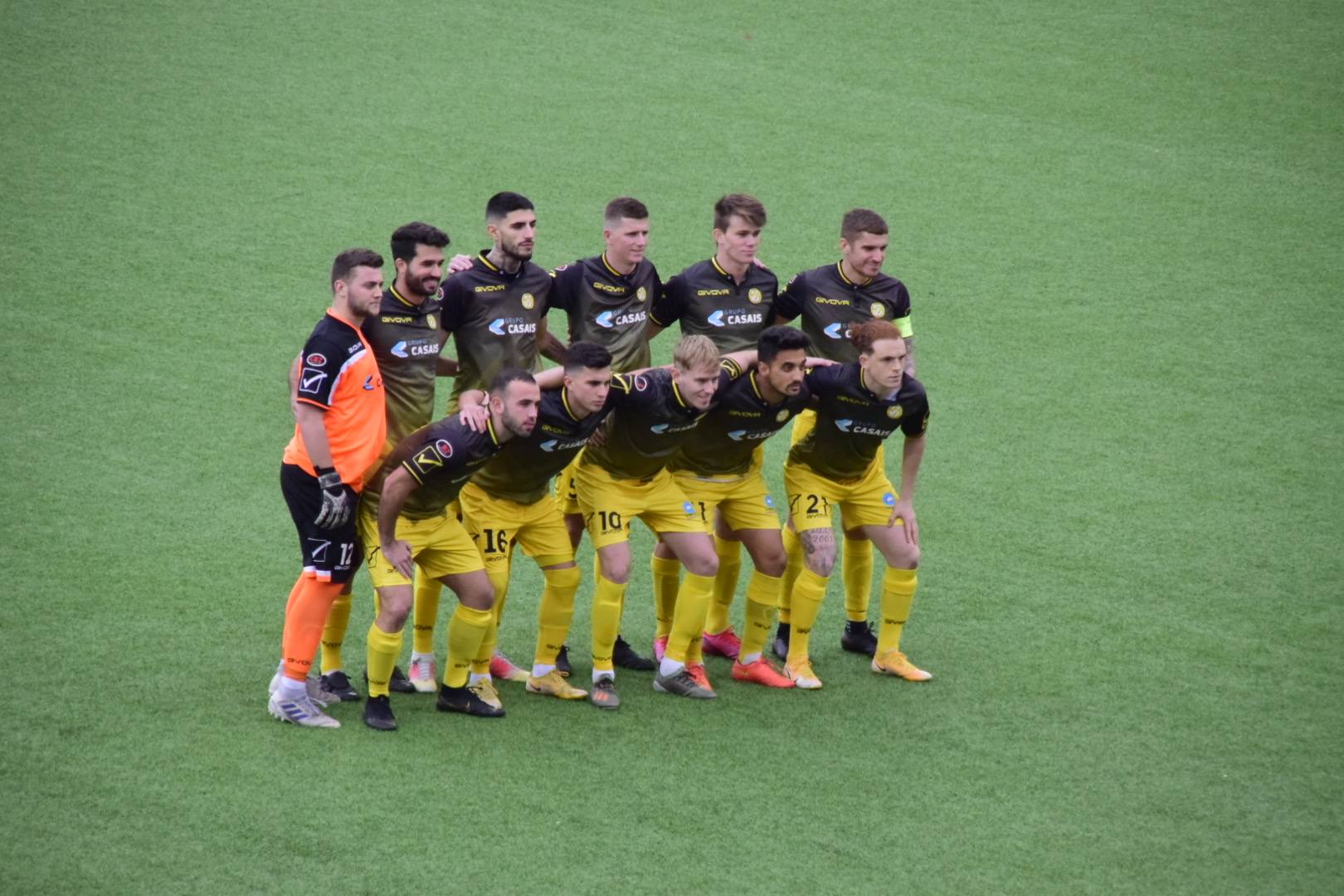