Lions Gibraltar Women’s Orange futsal side claimed the women’s futsal division champions last weekend.
It was not quite as they had hoped for with Lynx forfeiting 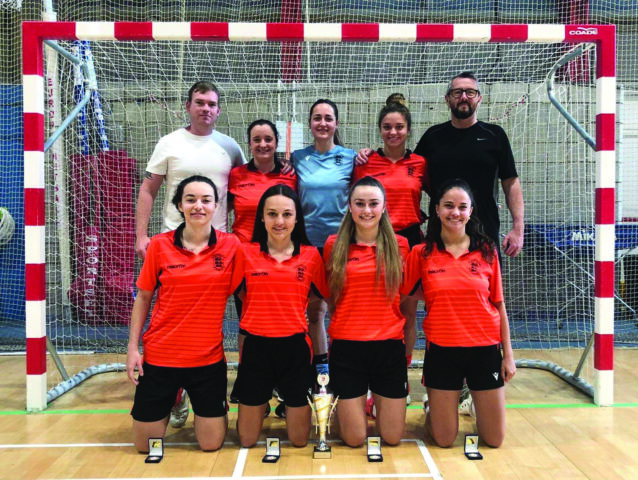 their final match and handing Lions Orange victory.
Lions had already won all their previous matches setting new standards and finishing the season unbeaten both in the 11-a-side league and futsal league.
For one Lions player it was her second trophy that weekend after also lining out with Europa Ladies Hockey as they clinched their final victory and claimed the women’s hockey league title.
Joelle Gilbert another player who has been on winning sides that week after being part of the women’s basketball league champions Bavaria Blue Stars.