It was a tight encounter from the start between Europa Point and Lions. Europa Point had gathered their first three points of the season against College 1975 whilst Lions had been defeated by St Joseph in their first match.
This was to be a clash where both sides could gauge their chances of bidding for a top six this season, with both believing they could grab points from each other. It was to prove a tight contest from the start.
Once again Europa Point played with their new white top kits where both spectators and viewers found it difficult to distinguish the player numbers on the back.
Although it was Europa Point who started the strongest with an early shot at goal it was Lions who had the first clear chance on the fifth minute with Tuleda forced to make a great save on his goalline.
Just as quick Europa Point were up at the other end with a one on one between Caull and Valades ending on the keeper doing enough to put the forward off his shot. Valades again providing proof of why he is considered among one of the best goalkeepers in the league. Tuleda also considered as another of the best keepers in the league at the other end.
Lions had the early possession pushing Europa Point into their own half although with no clear chances created in the first twenty minutes before play went momentarily to the other end.
Lions didn’t get another chance at goal until the twenty-first minute with a tame shot easily collected by Tuleda.
Although the first half had scrappy moments Garro and Cintas were distributing well for Lions through the middle with Green and Wilson causing problems down the left side as Europa Point struggled to come out of their half.
Valades on the 27th minute proved his worth in goal for Lions as he came off his line to go down at the feet of the Europa Point attacker to grab from his feet on a second one on one thwarting what was until then a rare Europa Point chance.
Referee Dennis Perez was at the centre of controversy as he later awarded Europa Point a freekick at the edge of the box. Cintas penalised although it looked like a clear elbow in the face against him with the Europa Point player going unpunished. The shot going wide.
Europa Point turned the tables momentarily attacking Lions goal. Valades taking the role of last sweeper on a couple occasions.
Evan Green, who had been a threat down the left soon caused more problems for Europa Point on the 38th minute as he was brought down inside the penalty area for a Lions penalty. The chance wasted as the penalty was struck with power against the crossbar with no chance to even try for a rebound.
Lions maintained their momentum forward but could not find to finish.
Europa Point had a chance on the 45th minute with Caull forcing a foul which came close as the ball carried in front of goal before it was cleared. The first half finishing with neither side breaking the deadlock.
Lions started the second half maintaining their momentum forward.
Lions pressure grabbed them a second penalty when on the 50th minute when after a save from Tuleda Green smashed the ball back to goal and was stopped by a flaying arm.
Rodriguez Macias did not make a mistake with his second attempt at a penalty going in although he was forced to retake it due to an infringement. His third attempt at a penalty went into the top corner to give Lions the lead.
Europa Point tried to step forward but struggled to get any initial forward momentum.
Lions youngster Ellis Wilson continued to cause problems down the left on the 57th minute finding space into the box but there was nobody to meet his final delivery into the centre. The youngster working well from deep in defence to the frontlines highlighting the workrate Lions were putting in across the field under Adrian Parral.
As the match entered its final 30 minutes Lions slowed the pace and forced Europa Point into a chasing game with short passing to maintain possession. This giving Lions prolonged periods with the ball although making little headway forward.
It was not until the 69th minute that Europa Point found their way into Lions penalty area although quickly disposed of the ball.
Just as quickly Lions responded with a long ball to Macias who although with a chance at goal was unable to control before defenders were on top of him.
Lions played to protect their lead and patiently build from the back without giving away possession giving Europa Point few opportunities to create a real threat.
Europa Points next shot at goal coming on the eightieth minute with a weak shot wide of Valades goal.
Europa Points problems accumulated when they were left with ten men on the 81st minute. The freekick saved by Tuleda as it looked at creeping by the post. Europa Point, however, struggling to maintain any momentum as Lions protected well their lead and advanced on them at every opportunity.
Their problems got worse as Europa Point lost another player to a straight red card on the 88th minute.
Lions tested Tuleda on the 92nd minute as they used their superiority in numbers well to open Europa Points defence. The final whistle going as a Lions forward was bundled to the ground inside the penalty area Europa Point lucky not to end two down.
This was Lions first three points of the season. 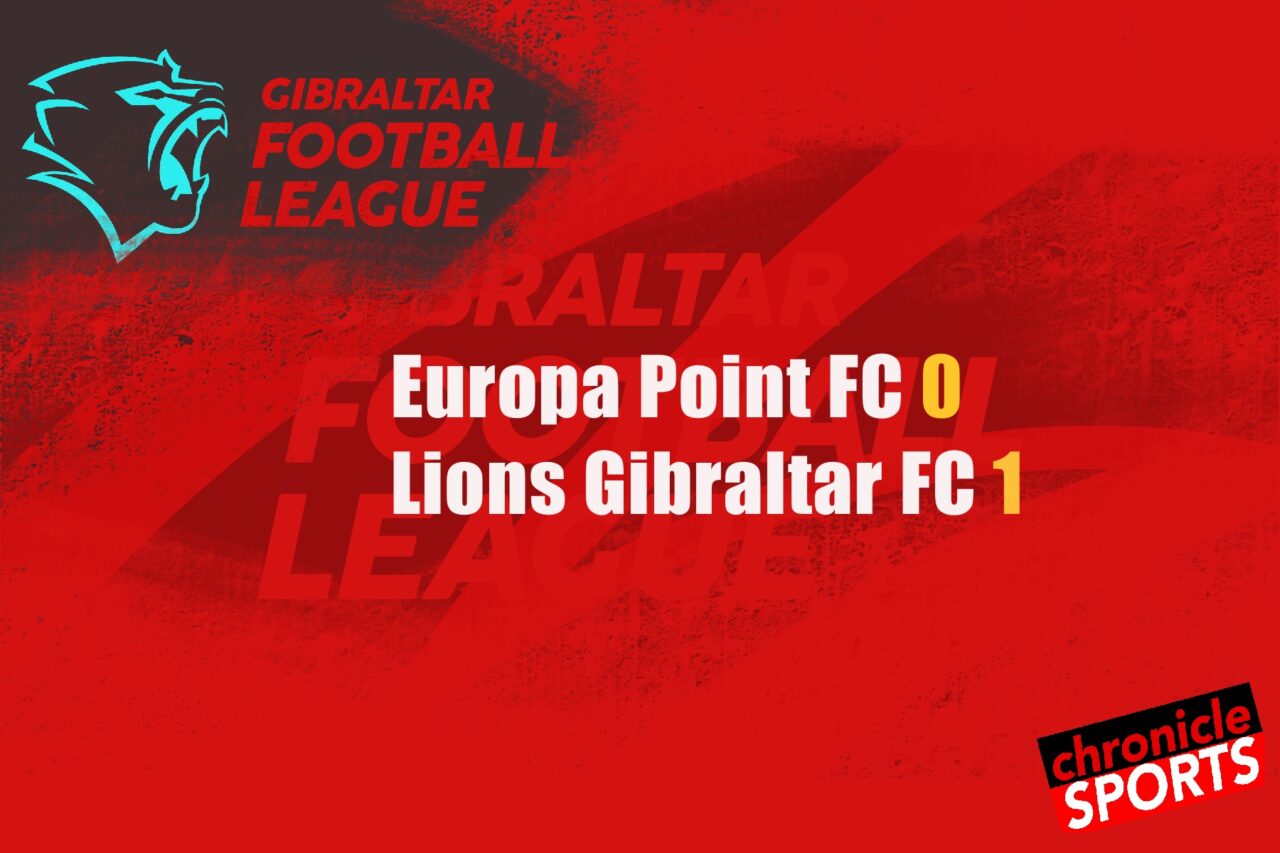 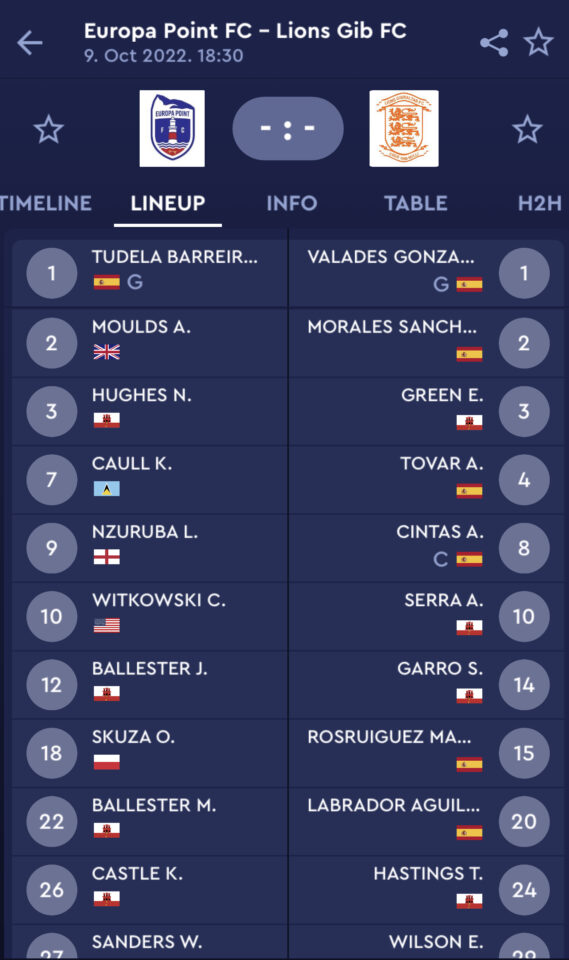 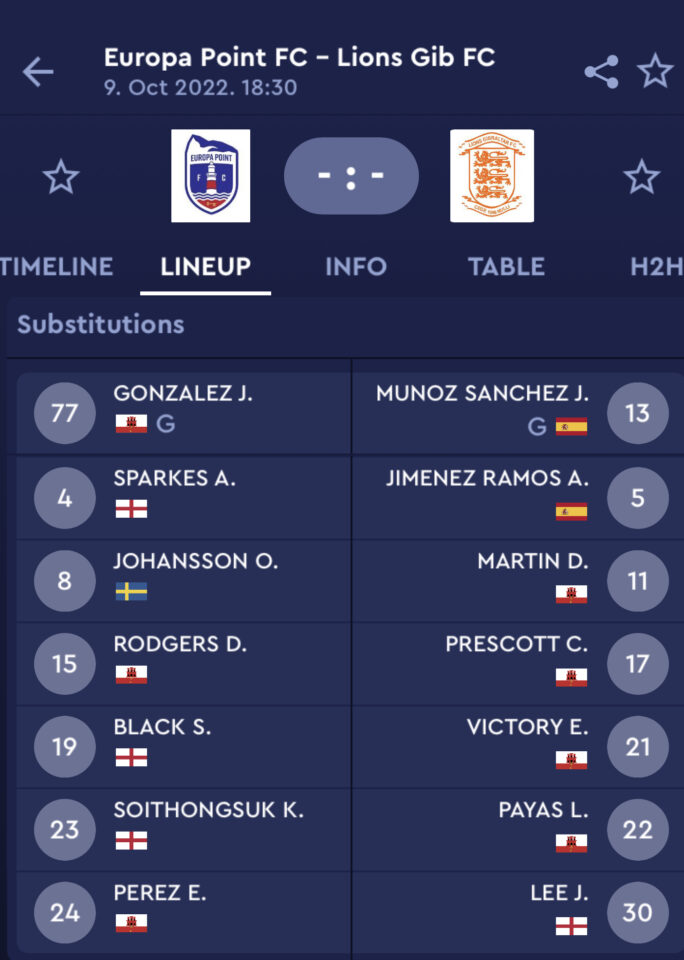 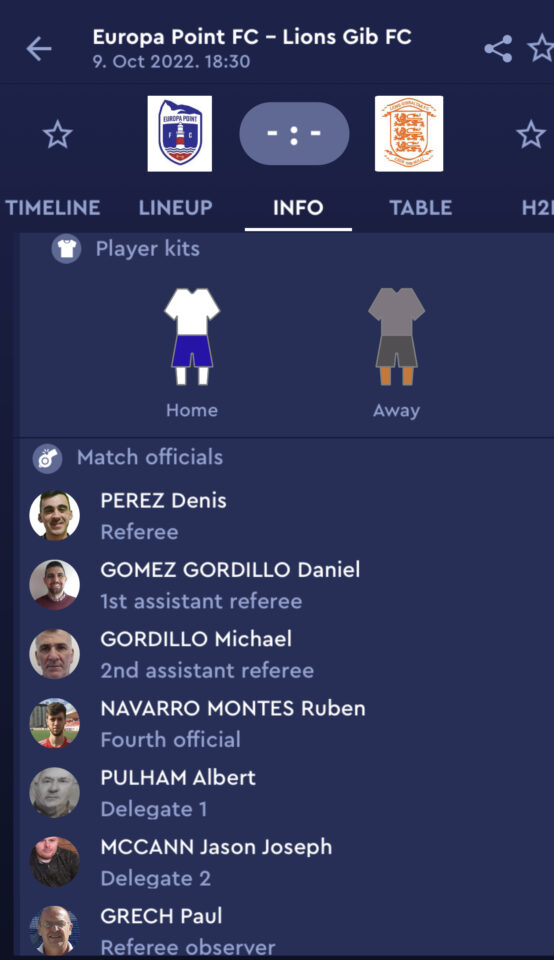