Local runner Vicky Fendley will run her third marathon on Sunday but perhaps this one will be the most poignant and rewarding as she is doing it to raise money for the Christie charity in honour of her mum, who passed away in September.

“It is one of the largest cancer treatment centres in Europe.”

“My mam was diagnosed with double negative metastatic breast cancer and once all the treatments stopped working she agreed to be part of a number of clinical trials in the hope of helping others.”

“She sadly lost her battle in September and we all miss her greatly,” she added. 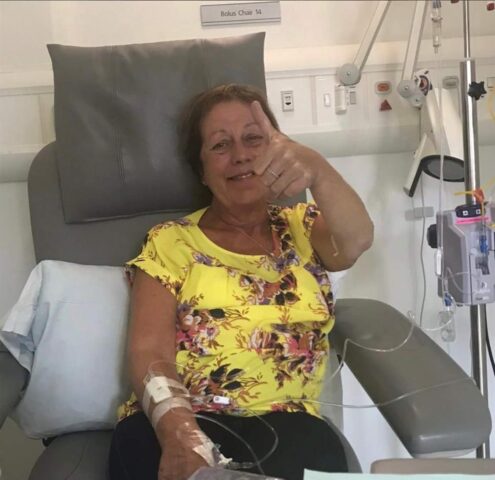 Mrs Fendley has been running for a number of years and as a prominent member of the Carpe Diem Running Club she has taken part in various races on the Rock for the club, as well as in Spain and the UK.

While it is not her first marathon she is by no means a fan of them stating, “They are not my favourite distance and they really challenge me.”

Keen to do something to honour her mum, she set her sights on the Malaga Marathon. This Sunday at 8.30am Mrs Fendley will join 9,000 others and run 42.2km.

“I decided to sign up for the Malaga marathon for a few reasons, it’s pretty local to Gibraltar so no flights or extra Covid tests would be needed and hopefully the chances of the race been cancelled would be low,” she said.

In preparation for the event Mrs Fendley has undertaken an intense training programme where her week involves shorter runs with friends from Lourdians or solo, strength training at home with her husband Danny or on the beach at boot camp. And on Saturday mornings well before the sun comes up she pulls on her trainers and has been doing her long runs running over 30km and even 37km with her friends from Carpe Diem and Lourdians tagging along for some of the way.

“Training has been very tough but I find it is helping me cope with my grief. I also have some amazing running friends who have helped me with the difficult long runs,” she said. 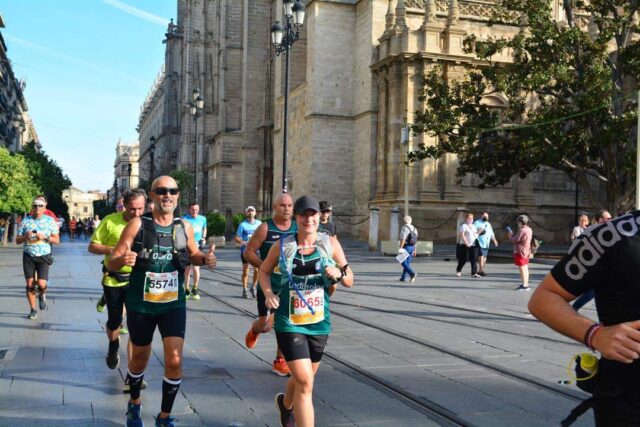 Some of her preparation also included running every day in October, which is breast cancer awareness month in a bid to raise awareness and she ran the Seville half marathon on October 17 surrounded by support from her Carpe Diem club members.

“My family do think I am a bit crazy with all the training I do, but they are all supportive,” she said.

So far she has raised over £400 but she hopes to raise as much as possible. “Any donation is greatly appreciated,” she said.

“The Christie charity provides enhanced services over and above what the NHS funds for more than 44,000 cancer patients treated at The Christie every year. Your support can help us to fund life-changing and potentially life-saving projects that will benefit cancer patients both now and in the future,” states the charity’s profile.