This was announced by the Sovereign Art Foundation (SAF) and comes after the two students won prizes in the local leg of the competition last year.

After the pair won awards in the Gibraltar competition, their entries were put forward to the Global award.

These finalists were previously named winners in their respective regions during 2022, being selected either by a local judging panel or cinching the popular vote from members of the public.

Some £4,300 in grants is on offer for the winning artists and their schools for the Global prize, with the award winners set to be announced on January 31.

Started in Hong Kong in 2003, SAF is a non-profit organisation that promotes contemporary art talent through its international art prizes, while raising funds for various charitable programmes.

The Sovereign Art Foundation Students Prizes run in 10 countries and are designed to celebrate the importance of art in the education system by identifying talented young artists and rewarding successful secondary-school art programmes to the benefit of a greater number of students.

The public will also be invited to vote for their favourite work, with the most popular piece to receive the title of Global Public Vote Prize Winner.

This global competition will enable cultural exchange between nations, showcasing artworks by the most talented and promising students from across the world.

The online exhibition runs until January 31, when the winners will be announced, also online. 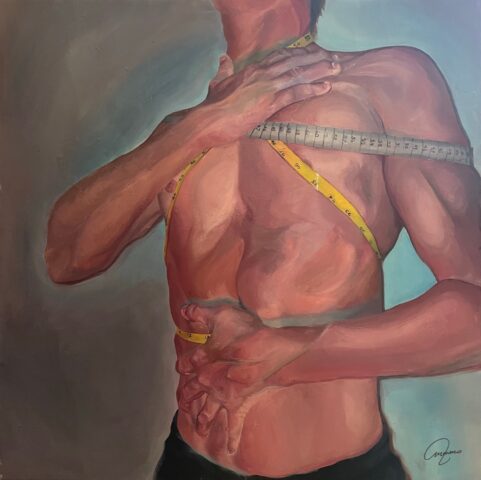 Strangled by numbers by Alex Moreno.