A contractor inspects the stern of HMS Victory.

Members of the public will now be able to walk beneath Lord Nelson’s flagship HMS Victory in Portsmouth, which has become “afloat” for the first time in nearly 100 years.
HMS Victory was towed to Rosia Bay in Gibraltar after Lord Nelson's victory at the Battle of Trafalgar in 1805 where he was fatally shot.
Nelson’s body, which had been preserved in brandy, was brought ashore at Rosia Bay where the brandy was replaced with spirits of wine for the return journey home. 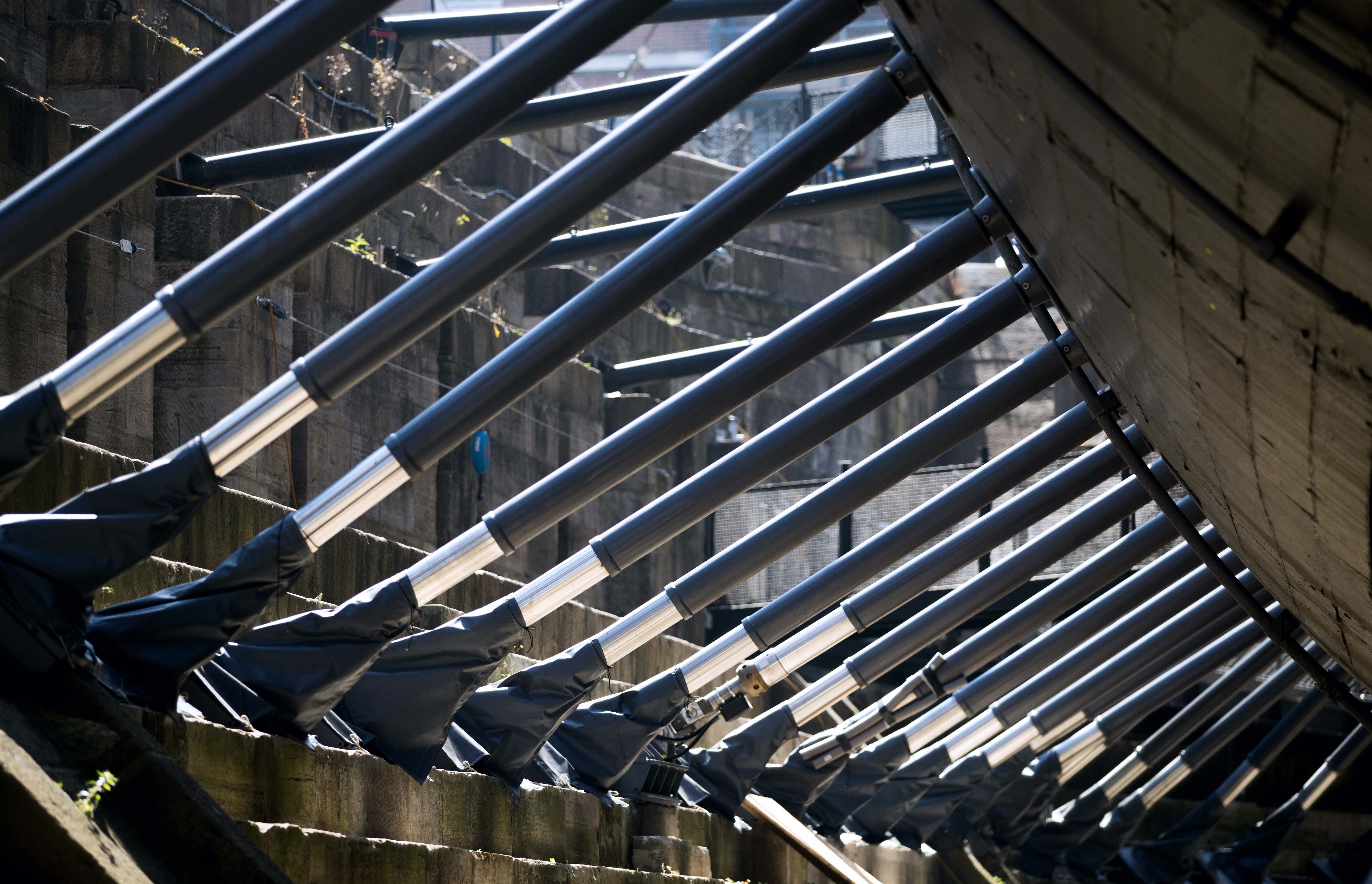 Now a state-of-the-art support system that replicates the warship being in water has been unveiled as part of a £35 million conservation project.
Visitors will be able to walk under the hull of HMS Victory, known for its role in the Battle of Trafalgar in 1805 when the Portsmouth Historic Dockyard reopens to the public on August 24.
Since 1922, when the HMS Victory came to rest in a dry dock in Portsmouth, the 3,600 tonne ship has been supported by 22 steel cradles. 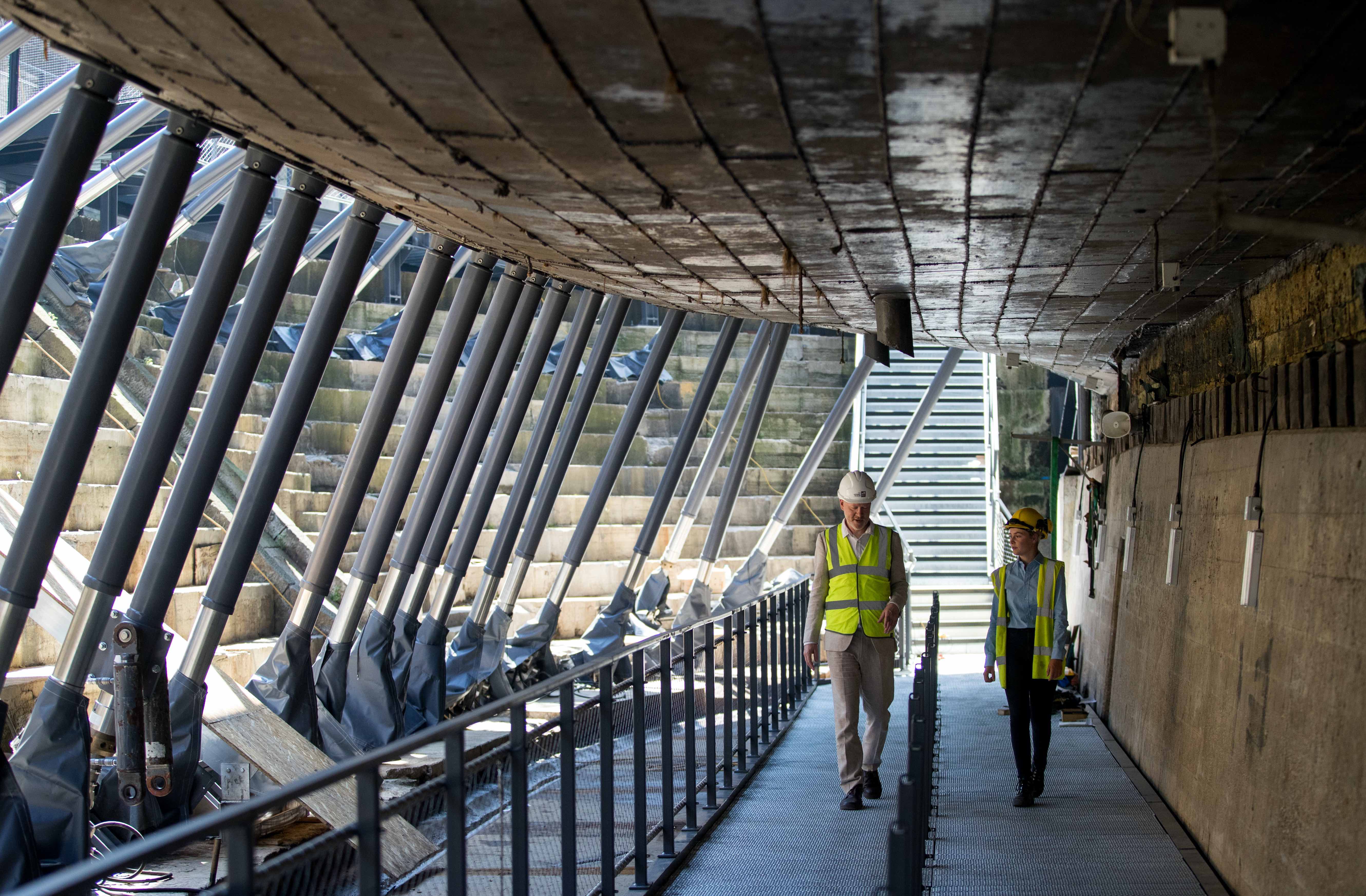 But without the pressure of the sea, the ship began to sag under its own weight, according to the National Museum of the Royal Navy (NMRN) and BAE Systems.
Some 255 years since its launch, the ship is now being supported by 134 individual props in a new structure which will monitor weight distribution and mimic movements of the sea.
The conservation project, delivered in collaboration between the NMRN and BAE Systems, has continued despite the nationwide coronavirus lockdown. 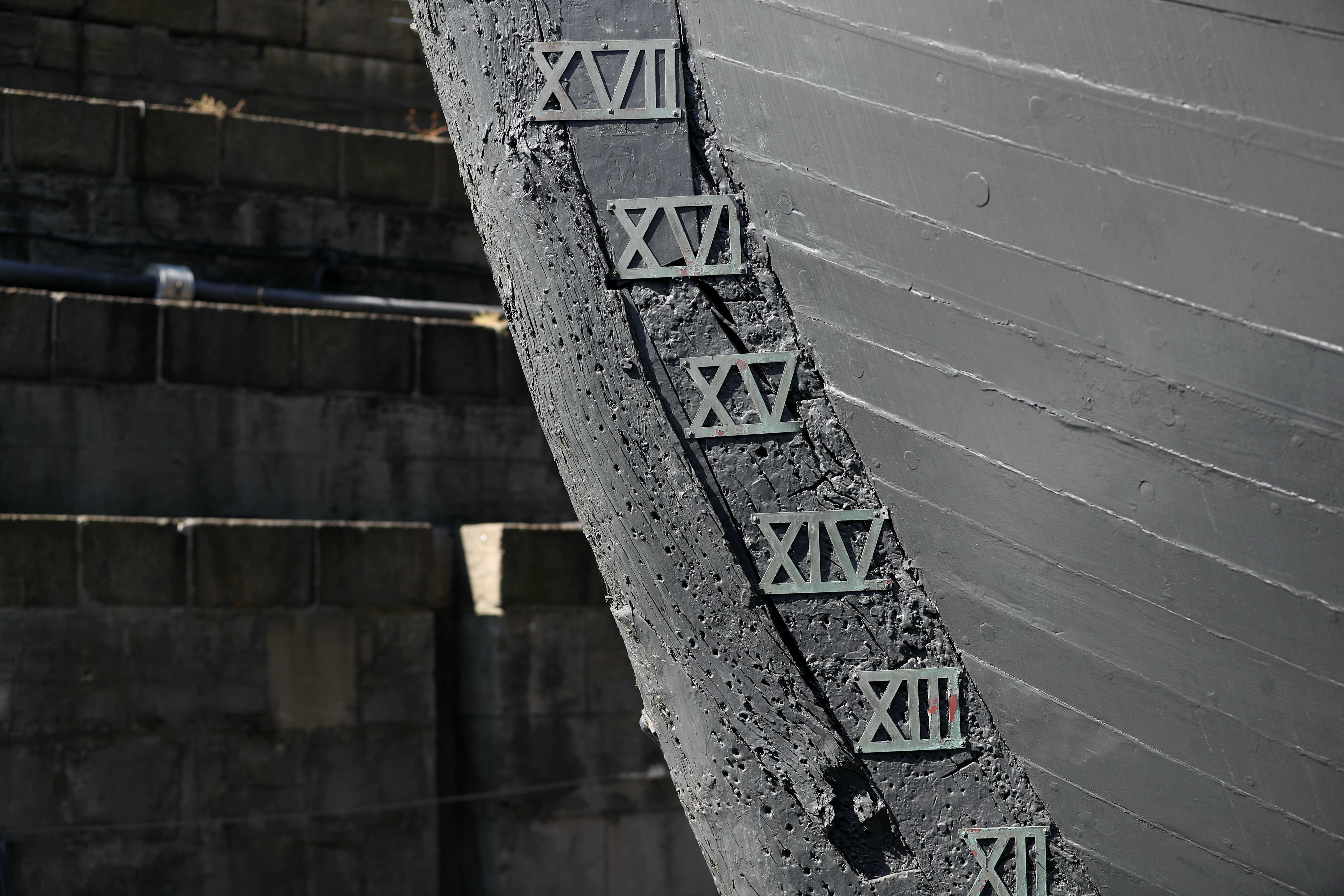 Andrew Baines, project director from the NMRN, called it an “extraordinary achievement”.
“Each prop has a load cell so we can know, on a minute-by-minute basis, how much of HMS Victory’s weight is being carried, providing the museum with invaluable insight into her stability and helping us to prevent damage to her structure,” he said.
“Before the pandemic hit we had hit a critical stage in the project, so it was fantastic that we were able to work with BAE Systems to get back up and running within social distancing restrictions so quickly.” 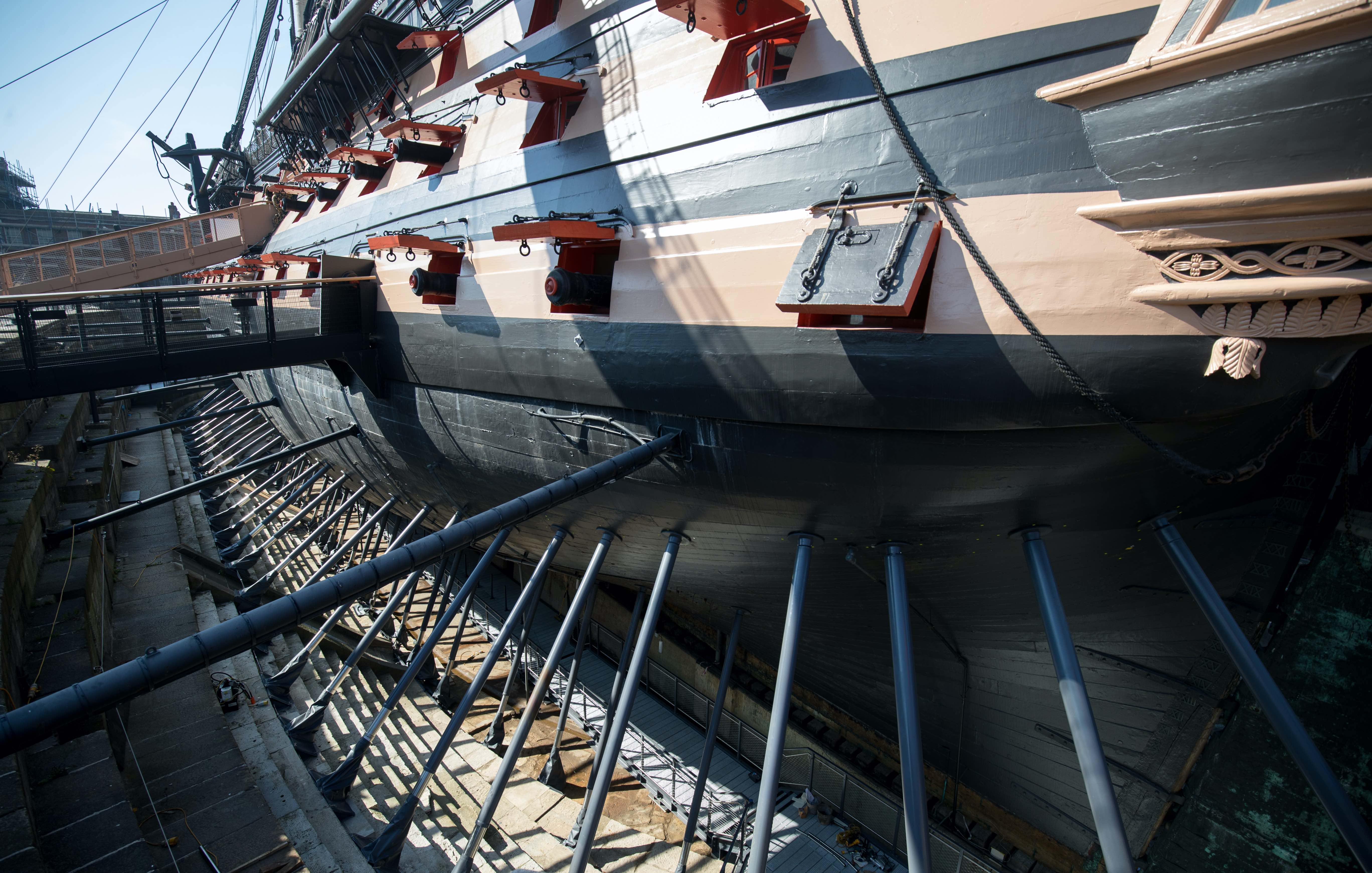