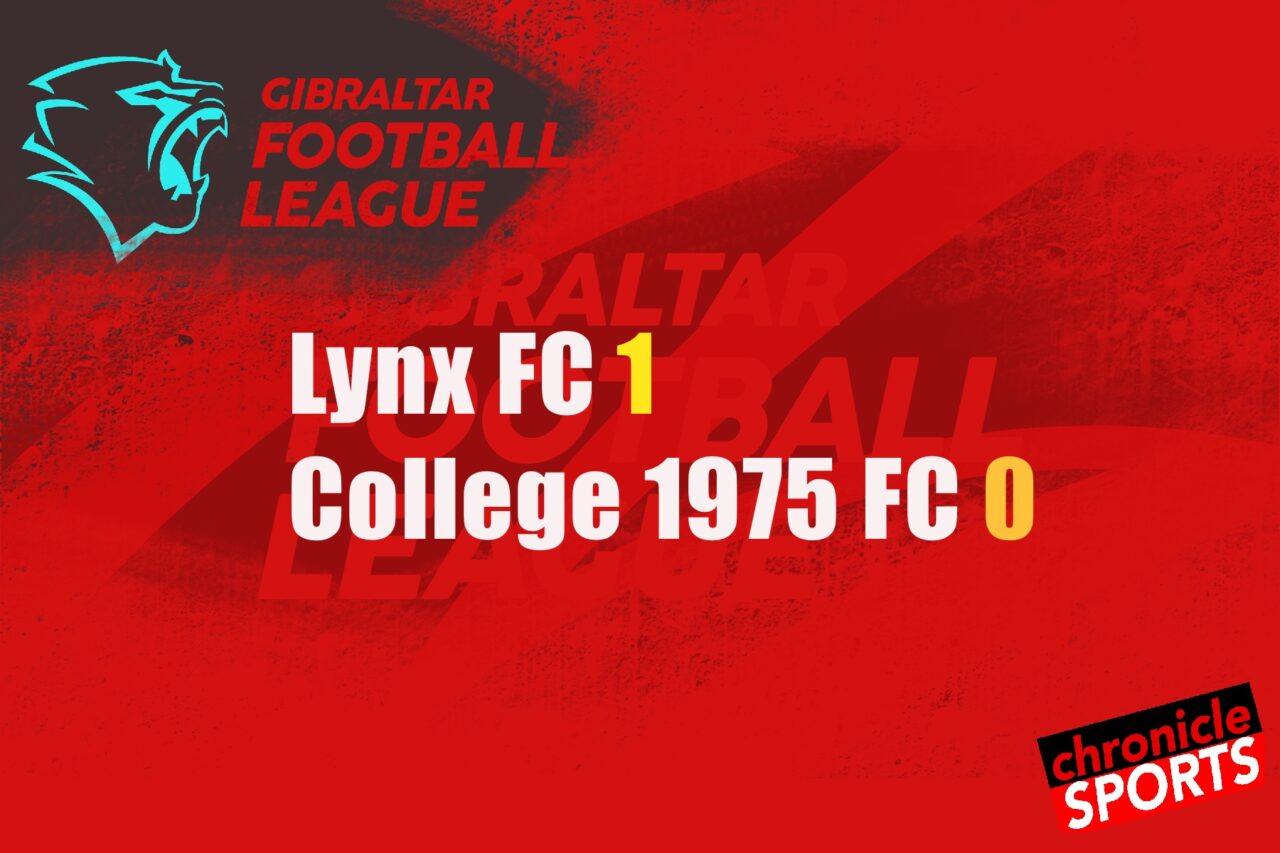 The start of the College 1975 versus Lynx encounter was delayed by some five minutes after a player was asked to change his kit by the referee.
Lynx who had won their first match of the season against Mons Calpe after making a comeback having gone behind went out on the front foot against College 1975. The latter had been beaten by close rivals Europa Point leaving much to be desired in their focus defensively.
However, College 1975 produced a first half defensive performance which left Lynx wondering how they would break the green and whites in the second half.
Although both Brima and Aldair had proven a handful College 1975 had proven resourceful in defence supporting each other and closing down Lynx well.
The green and whites were lucky to have the full eleven men on the field as they reached half time. An off the ball shove by McGrail on Aldair which saw the latter tumble could have resulted in a red card but a lenient Jason Barcelo produced just a yellow on the day.
Lynx wasted numerous set piece chances many going’s stray or lost due to misunderstanding between players.
Lynx started the second half strongly with Oliva putting in several good saves in the first five minutes to deny Lynx a goal.
Anaya was to receive a yellow card for a handball just outside the edge of the box giving Lynx a freekick on the 52nd minute. It was Bautista who was to take the freekick this time, but sending it over the crossbar without troubling Oliva.
Lynx maintained their momentum with College scrambling away the ball on the 54th minute before they could find some breathing space to go forward themselves. Lynx lucky to see the final attempt going out and signalled as an offside after leaving two players free behind the defence during a freekick. College signalling how they were still a threat even though Lynx had dominated the better part of the possession until then.
Unlike their first match against Europa Point, College 1975 maintained their discipline defensively with players overlapping each other to close gaps and support their colleagues as they closed down Lynx.
Lynx had marked the differences between the two sides by dominating play, but with some concerns over their marksmanship in front of goal. After sixty-seven minutes Aldair finally managed to find the net powering over defenders to header past Oliva. Both Aldair and Brima having been thwarted and closed down well prior to this.
Bilal and Garcia Gallego were also both to receive yellows just before the goal after a challenge from behind saw Bilal react shoving his opponent on the ground as tensions started to boil.
With Lynx leading Cabreras was to step onto the field adding a new dimension upfront. The veteran former national team forward was quickly involved giving College 1975 something more to think about.
Bilal was to be among one of the players College 1975 coach decided to replace after a string of minor incidents threatened to see the player getting booked again or injured. The challenges and shoves coming in thick and fast when he was on the ball.
His departure saw Cortes Narvaez moved to his usual attacking position after having played the better part of the match as a centre back.
As the minutes ticked away, and entering the final stages of the match College 1975 sought to try and look for the equaliser but risked leaving too much space behind them for Lynx to counter attack with. College 1975 on several occasions forced to chase back in numbers as Lynx quickly countered. Each time having to reset and start again against a Lynx side that had settled defensively to close behind and secure their lead.
In one such counter on the 90th minute Oliva produced a fantastic reflex save from a shot just feet from goal which ensured College still had a chance to look for an equaliser until the end.
Ironically at a time when College 1975 should have been trying to find the equaliser they were defending against a Lynx team intent in looking for a way for a second goal.
The match was to finish though with just the solitary goal deciding the winner, Lynx momentarily topping the table with two wins out of two. 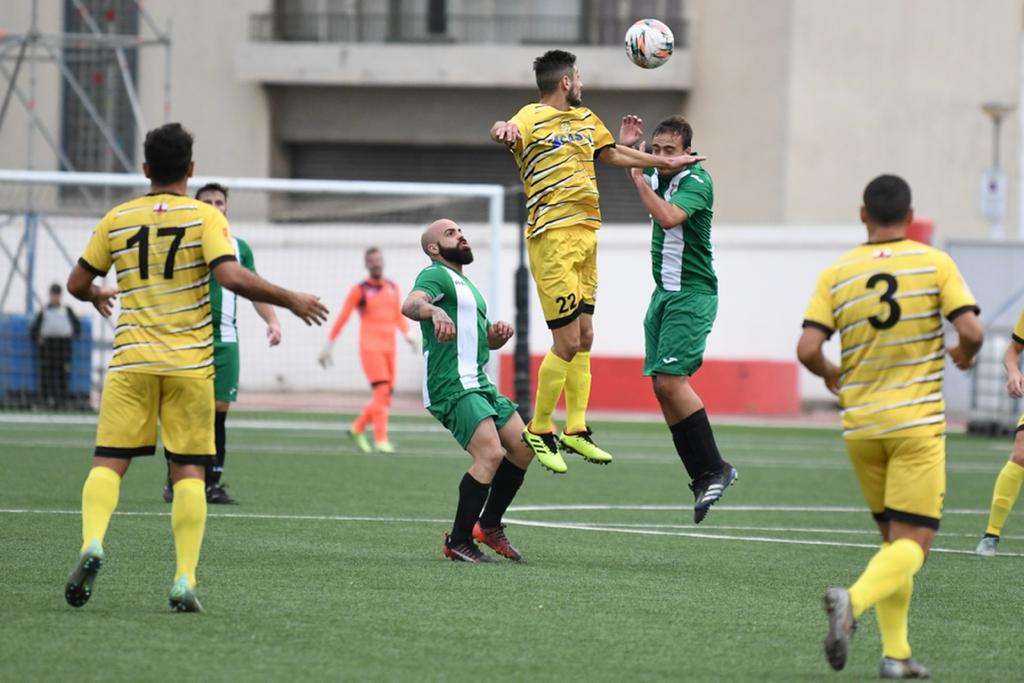 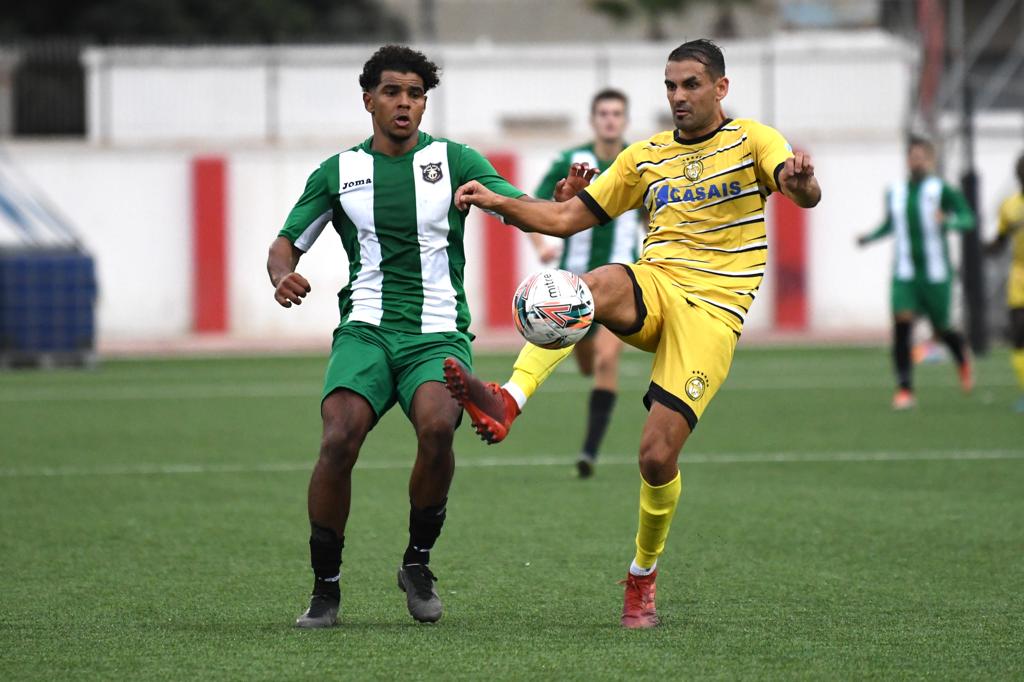 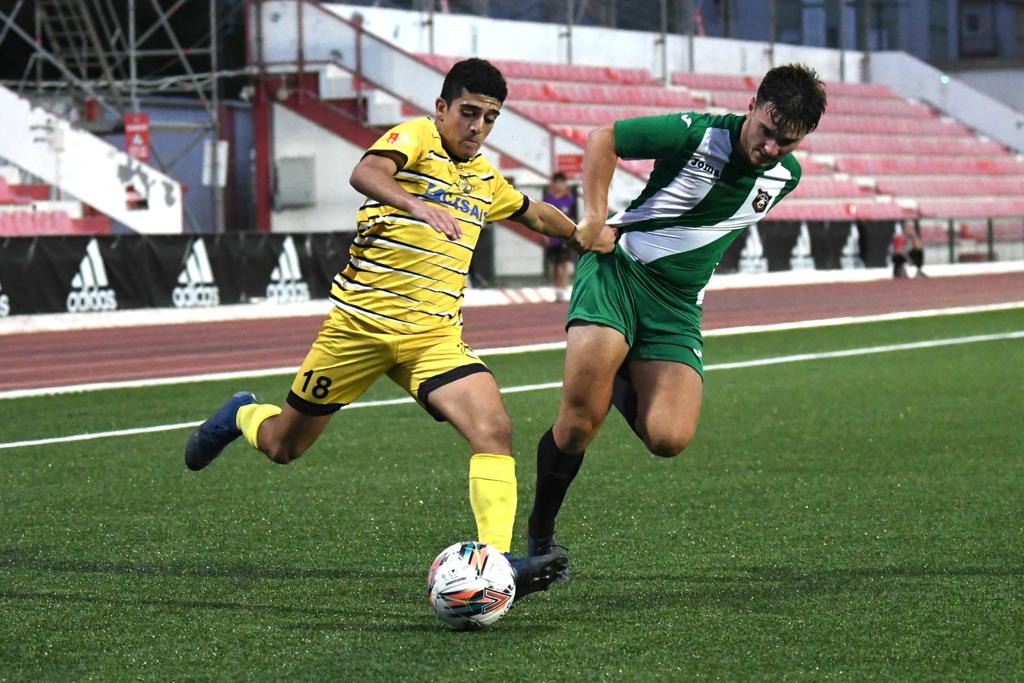 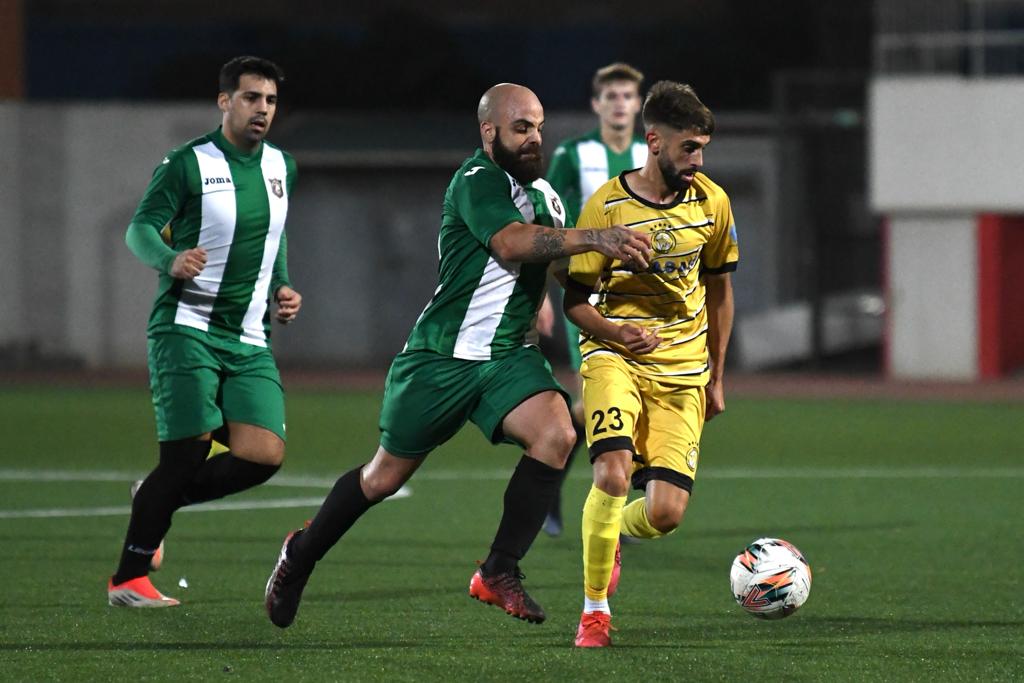 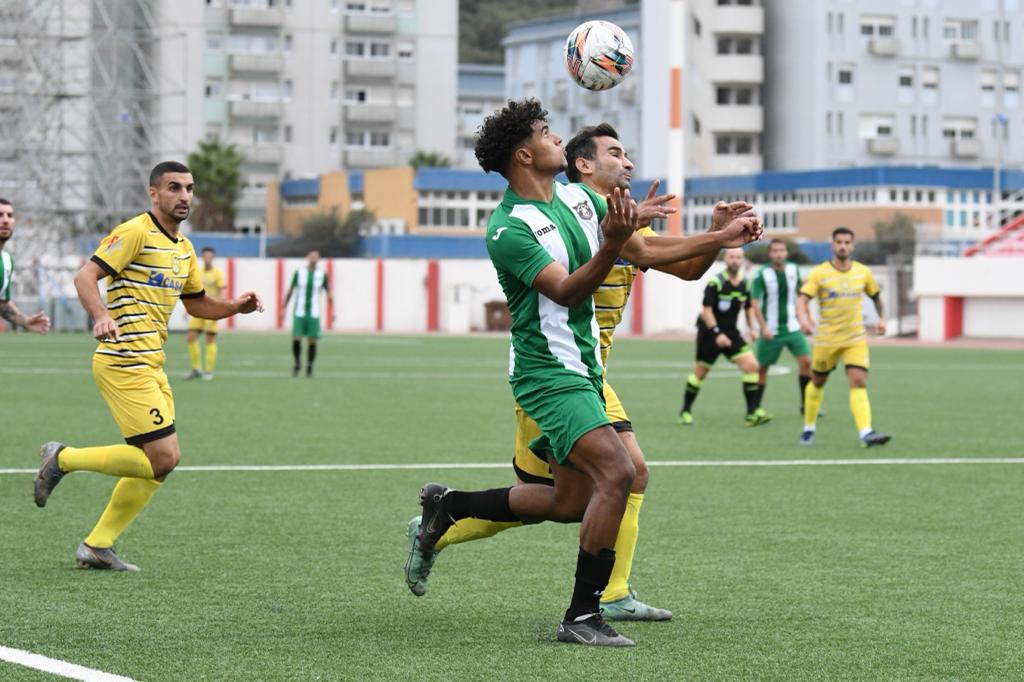 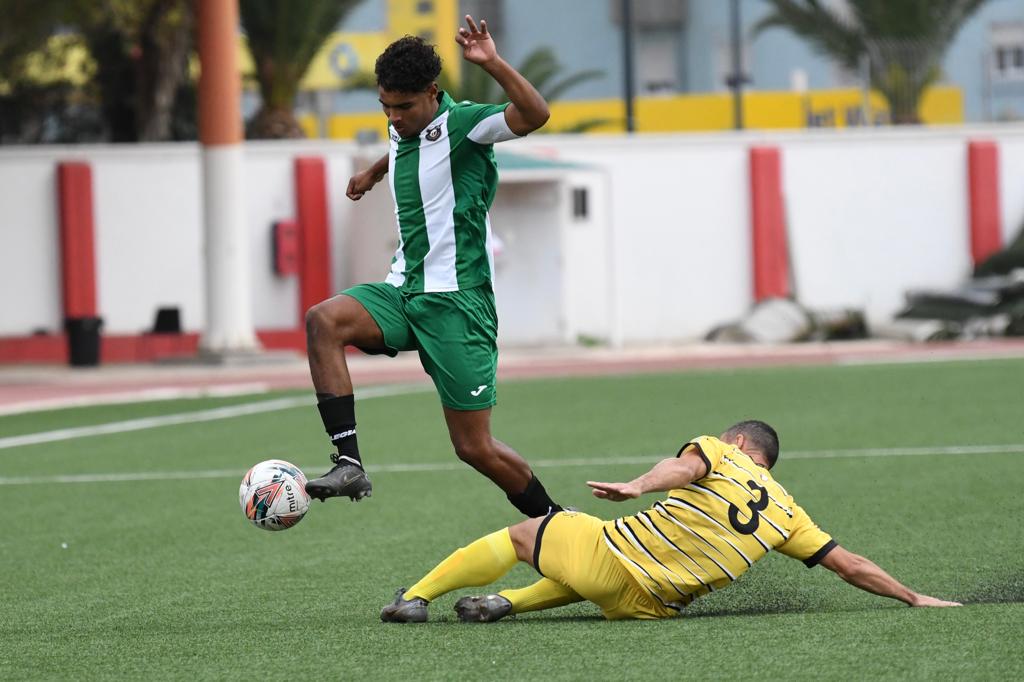 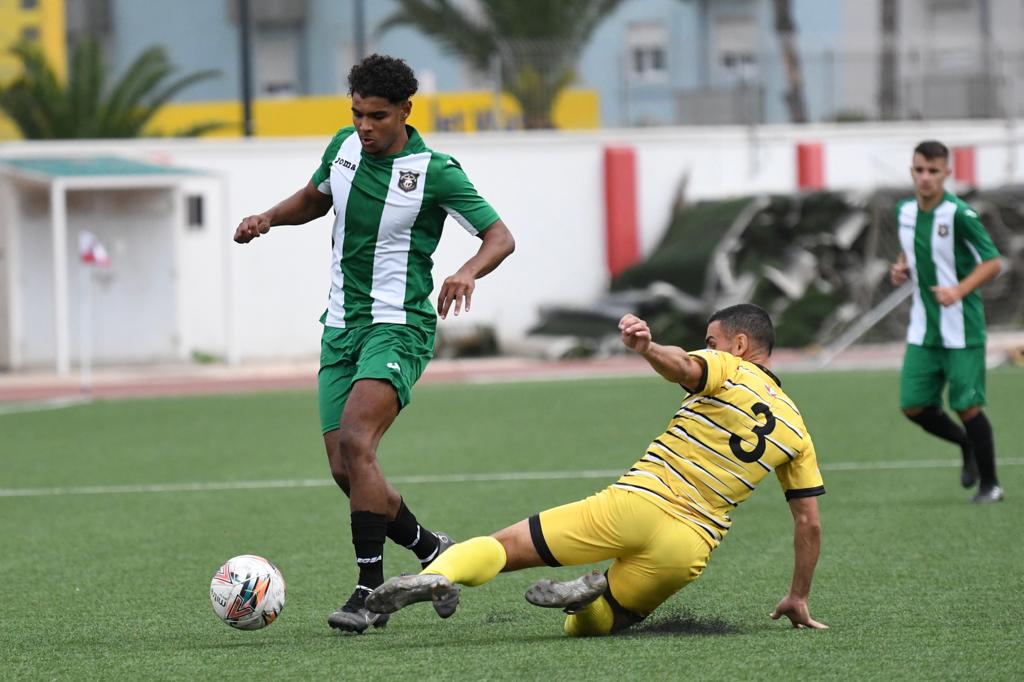 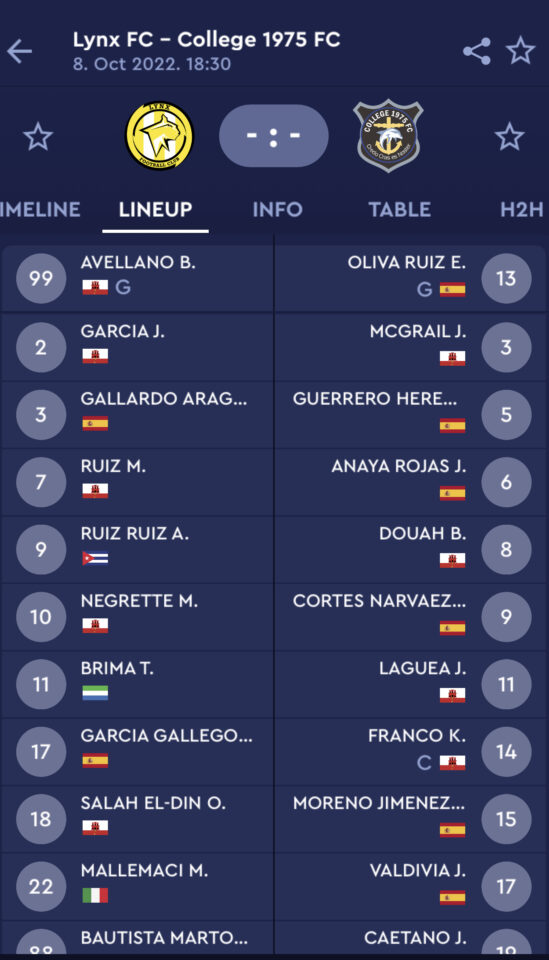 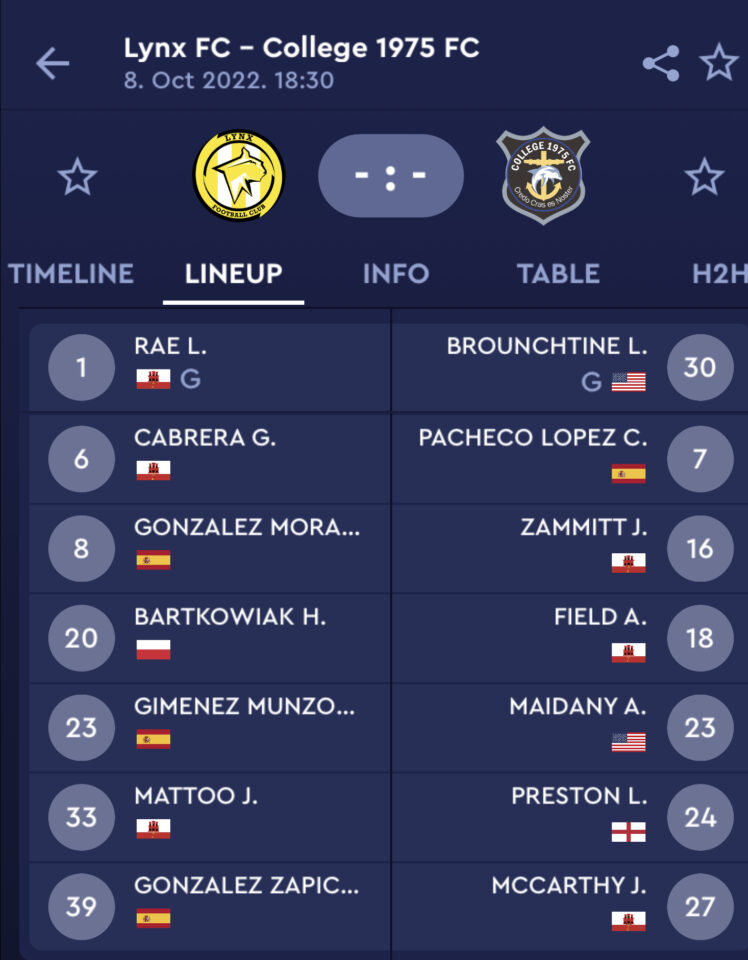