Lynx women in baptism of fire

It was a baptism of fire for a Lynx women’s football on their debut match against Lions Gibraltar. Albeit one which signals an important moment for women’s football in Gibraltar. The demise of Lincoln Red Imps women’s team had led to grave concerns that women’s football could go through a lean patch this season. The departure of the red and black, with one of the top squads in the league meant that one of the quality teams in the league had suddenly disappeared. With it many believed also some of the players.
The emergence of Lynx women’s team, however, suddenly bridged the gap as emerging from a new beginning Lynx combined not just bringing many of those players back together but also bringing them in under a fresh banner which spelt a new fresh approach in women’s football, with none of the past baggage trailing behind.
Lynx’s quality on the field was soon seen in the very early minutes as from kick off Lions were met with a string of one touch passing which shook them.
It was only some firm defending that ensure that Lions did not fall behind to an early goal.
The response from Lions was just quick. As if sparked into action the competitive edge seen in some of Lions’ players in other sports which has been missing at times in football seemed to ignite, transforming Lions approach to the game across the field.
Olivero was among the first to spark into action. A chasing run down the flank with a quick low cross into the centre with a quick side step short pass to Molly Karp saw Lions slot in the first goal within the first five minutes.
Lynx responded by putting Zamara Espinosa’s goal under pressure only to find Lion’s replacement goalkeeper step forward with the confidence that settled her defence as she commanded her small box. The yellows, dressed in black for their debut match, provided more proof that they were not just making up the numbers in the league with a string of good passes.
Lions was not to be outdone producing a string of good passes, through balls and combination play which saw the ball moving freely from defence through midfield and onto the offensive lines.
With players interweaving positions, and creating space for themselves there was little of the statics wait for the ball possessions which has been seen often in the women’s league as players develop in the league.
Instead the Lynx versus Lions match rolled out the carpet as a moment of entertainment highlighting the extend of development of the sport among women.
The unison and teamwork from Lions with the likes of Robba, Karp, Olivero, Ferro, Cummings and Gilbert playing at their very best was to prove the winning factor on the day.
Although on paper Lynx had, supposedly had the better of the two line-ups with some very talented local players such as Victor, Orfila and Laguea mixed with a string of Spanish players who had previously played in Gibraltar’s league. It was Lions who produced the goods with two further goals from Gilbert and numerous chances to have added more.
Lynx, still to find their full form as a unit with this only their first competitive match together as a team, and with most players missing many weeks of training as they started of with Lynx from having been left behind by Lincoln Red Imps this summer, are likely to be a force to be reckoned with once they settle in the league.
They next face Europa next week, a team which has gone from strength to strength in recent seasons and who have in the preseason friendly matches already beaten Lions. Although having lost their first league match of the season against them. 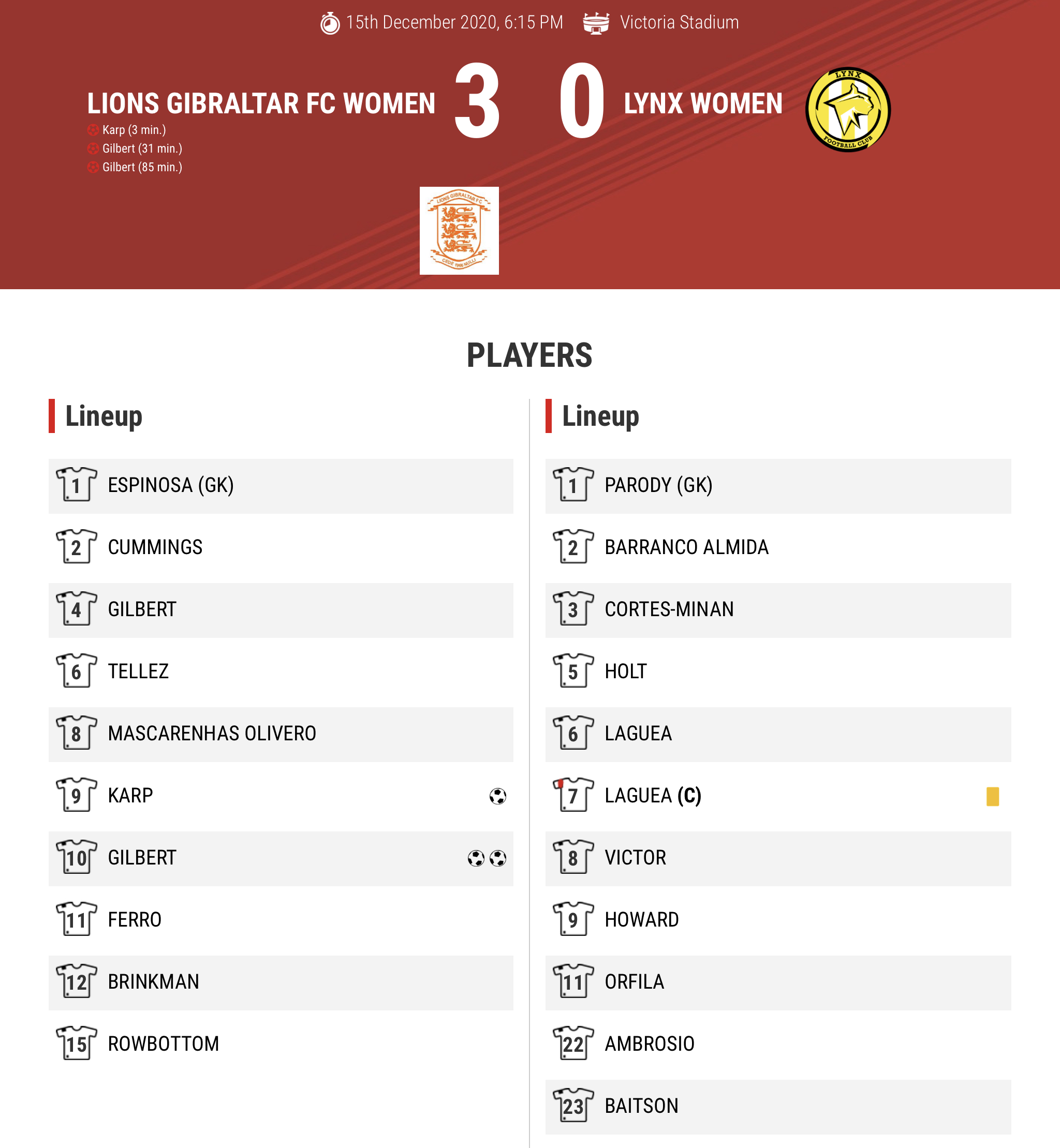