Justin Bautista has launched his newest Mama Lotties cookbook, this time a vegan cookbook that was two years in the making. 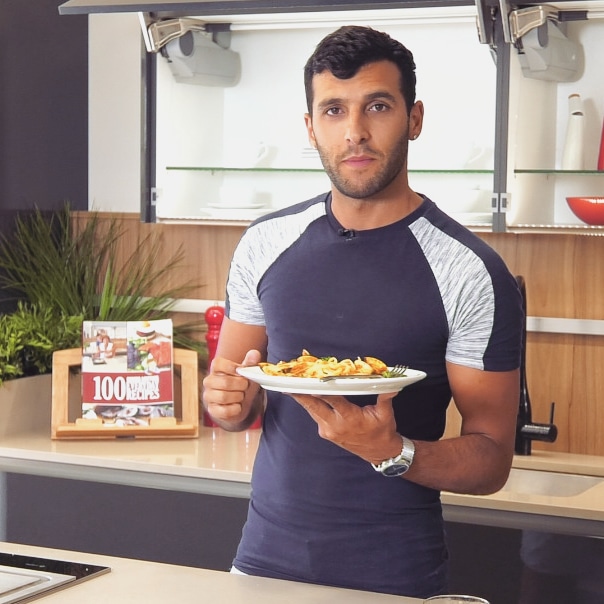 The book he said was a natural development that had to happen.

“The world is moving to a more environmentally conscious society and veganism is on the rise,” he said.

“I had been asked on various occasions to try and adapt recipes so I thought it was a good time to modify dishes and create some new ones that I could share and help inspire the current and next generation.”

“I had debated whether to create a vegetarian book or vegan one but thought vegan would be a great challenge as well as way to reach more people as vegetarians can eat vegan recipes but not the other way around,” he added.

Over a period of two years, Mr Bautista created the book commencing with the theme before researching his catalogue of recipes. Once he did that he started testing and trialling new recipes.

“I make, photograph and try each recipe which can be time consuming but a must. Once I have the recipes in mind I design the look and feel of the book and play with images and styles,” he said.

Some recipes he said were definitely more challenging than others, particularly the baking recipes.

“I had to find substitutes for eggs and ingredients we take for granted so there were quite a few fails at the start and throughout, but that’s all part of the fun, maybe a little bit frustrating at times,” he said.

“I used some recipes I already had and adapted them and played with ingredients I had easily accessible around me in the supermarket as I want the recipes to be easy to follow, make and shop for.”

“The worst is when you really want to make a recipe and you find it has the strangest, hardest to find ingredients that you only use once.”

Asked about his creative process he stated that he tries to take inspiration from his favourite meals or ingredients. Or dishes he ate when out and about and modify them to use ingredients he has handy or sometimes he finds something in a shop and thinks “hmm this could work” which can vary seasonally.

“I’ll look up whether some ingredients work together and what happens if I cook them certain ways, as sometimes roasting something may be sweeter than frying it, each method can affect the taste so it’s just having the time to try it out which can sometimes be more of a luxury than other days,” he said.

Producing the book has changed his own eating habits too.

“After trying and tasting all recipes in the book I’ve opened myself to trying new alternative ways of making things as I realised vegan cooking is not actually as daunting as you first think it will be,” he said.

“Once you get used to swapping the odd thing out here and there it’s straight forward and with today’s shops stocking everything you need you have no excuse.”

With this in mind he added more vegan recipes to his diet throughout the week and has become definitely more conscious of what he eating and how much he is consuming now than he ever was before.

“Change isn’t going to happen overnight but bit by bit a lot can happen,” he said.

Despite the word vegan conjuring a number of stereotypes or backlash from some meat-eaters Mr Bautista was not phased by this or calling his new book ‘Vegan’.

“This is why I made it as large as I could,” he laughed.

“I want Mama Lotties to be accessible to everyone, I had started adding vegan recipes to the website prior to the book which had gone down well.”

“Gibraltar is very diverse so this book I thought fit a gap that was needed and has been really well received,” he added.

Of all the creations in his new book he stated that his favourite to make is the torta de acelga. 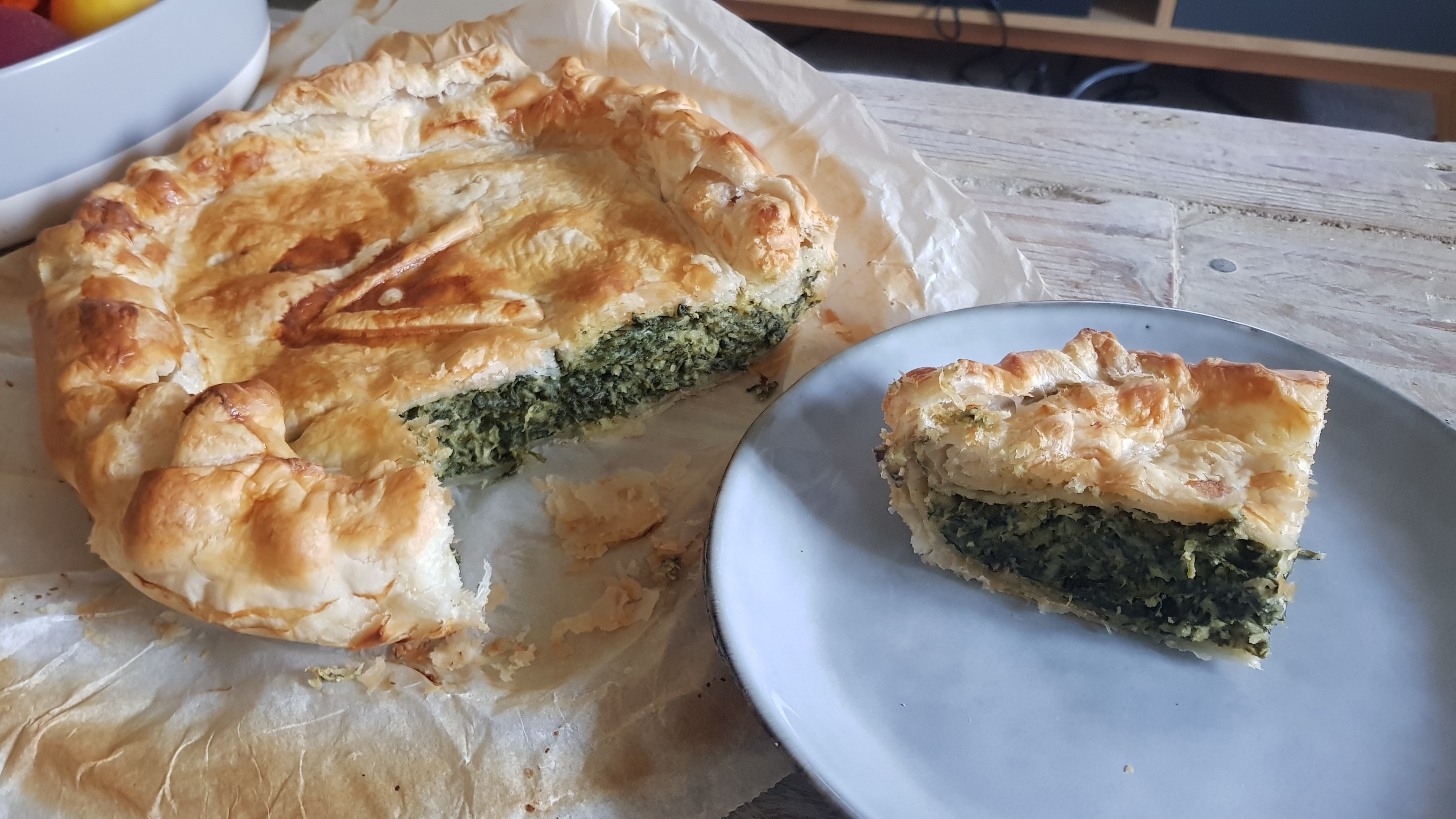 “It’s a true traditional recipe and packed full of flavour. This recipe is an example of how I’ve adapted various methods of cooking it to keep all the flavour locked in, instead of boiling like I was told originally by mama, I discovered that frying it helps lock in the flavour even more and it’s a dish that gets plenty of oos and yums,” he said.

“And even better with garlic and plenty of cheese. Speaking of which you should check out the vegan version which I altered for the book so that everyone can enjoy it as the traditional one used lots of eggs and dairy based cheese; reviews have been positive.”

“Just an example of what you can find in the book along with 50 other recipes,” he added.

Mr Bautista has kindly granted the Chronicle permission to replicate that recipe in the paper.

The book is available in local shops as well as online.

Head over to www.mamalotties.com for more recipes 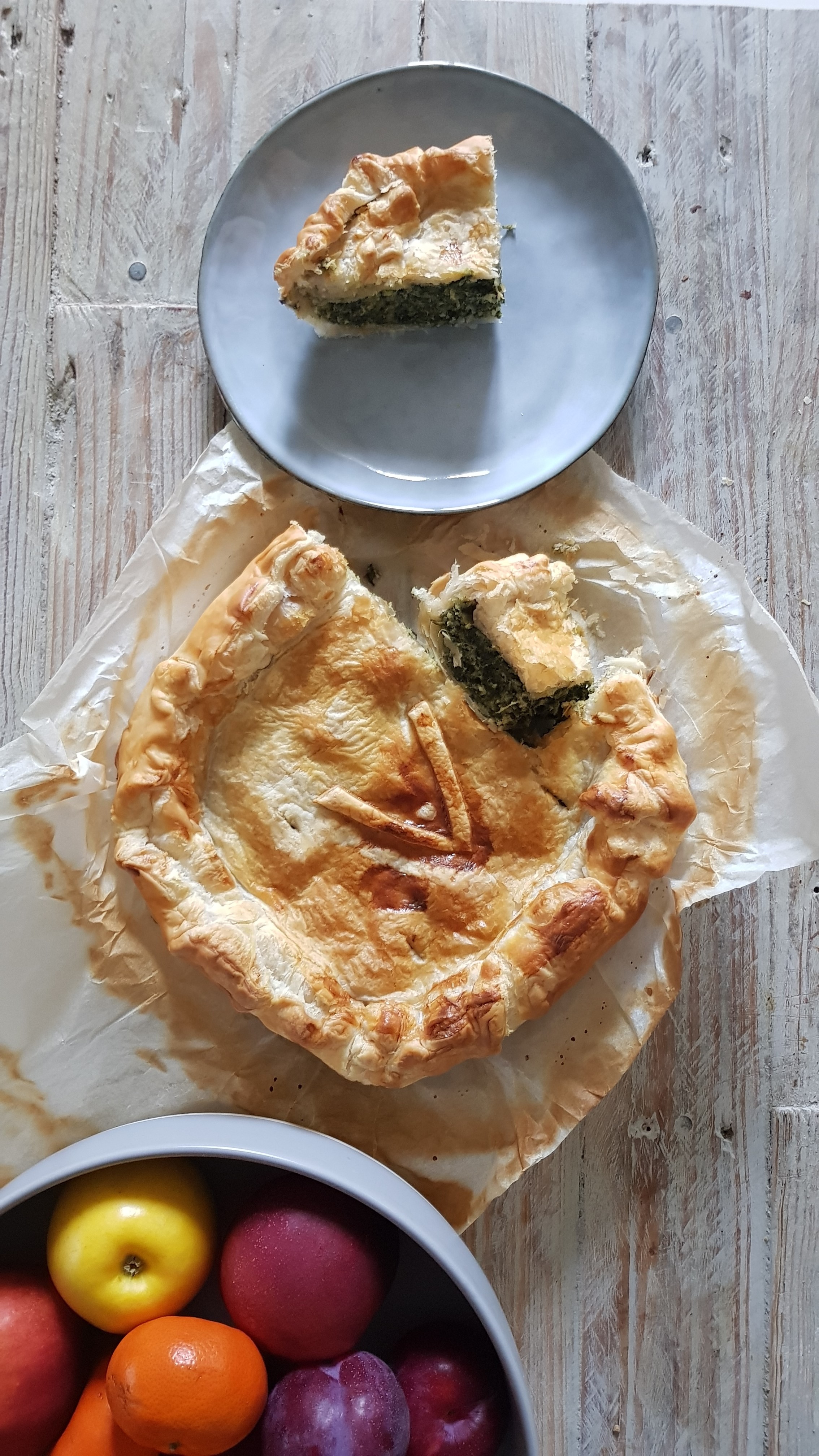 Mama’s Vegan Torta de Acelga
Torta de acelga is a must when you think of a "traditional" Gibraltar menu. Filling and nutritious, this dish has always been served up at family gatherings, so having a vegan option that everyone can enjoy was a target I'm happy to have achieved.

Stir the spinach constantly until it all reduces in size; you'll find that it releases plenty of water. Fry this for several minutes until all the water evaporates. You can squeeze the spinach with a spoon to check.

Whisk together the chickpea flour and water until smooth. When the spinach is cooked, remove it from the heat and mix it together with the grated cheese, and chickpea mix.

Next, lay out the puff pastry, Cover a medium-sized oven dish with greaseproof paper and place a layer of puff pastry in the bottom of the dish (also covering the sides), fill with the spinach mix, and cover the dish with a puff pastry "lid". Brush with some nut milk and transfer the oven to bake at 180ºC - 200ºC for around 25 minutes, until the pastry is golden and puffed.

Once ready, remove from the oven and allow it to cool slightly before cutting.