Cross-border social group Mar del Sur is organising a ‘Power of Dance’ show featuring performers from both sides of the border.
The event forms part of the groups 18th anniversary celebrations.

Entrance is free and tickets can be collected from the reception office at The John Mackintosh Hall.

Mar Del Sur was formed in an attempt to foster better understanding between La Linea and Gibraltar.

School visits to the Rock were organised covering, not only the tourist sites but also places of worship, Gibraltar parliament, Museum and other places of interest. This developed into visits to the Spanish and UK parliaments, and embassies.

The association holds regular meetings to promote culture with guest speakers from Gibraltar and Spain. These have included musicians, authors, poets, politicians and diplomats.

The show called ‘two neighbouring peoples joined by the power of dance’ hopes to provide a spectacular evening of dance with the aim of encouraging a better understanding of cultures through dance. 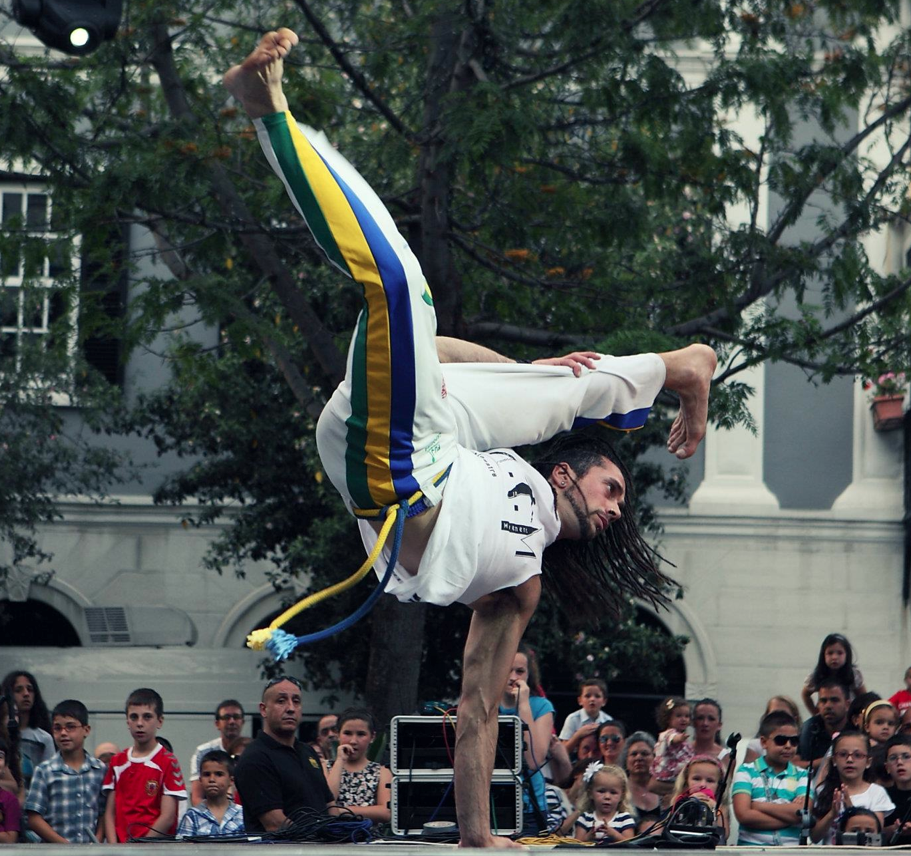 NATHAN CONROY
Local dancer / choreographer Nathan Conroy left to the UK in 1993 to embark in his professional dance training at the prestigious Northern School of Contemporary dance and The Royal Academy of dance.

After his training Nathan embarked in a 20-year professional Career working for the best dance companies in Europe as well as working for famous artists such as the Spice Girls, Wycliff Jean, Fugees to name a few.

He joined the international award show STOMP in the year 2000 working in Paris before becoming a founder member of the London West End Show in 2003. 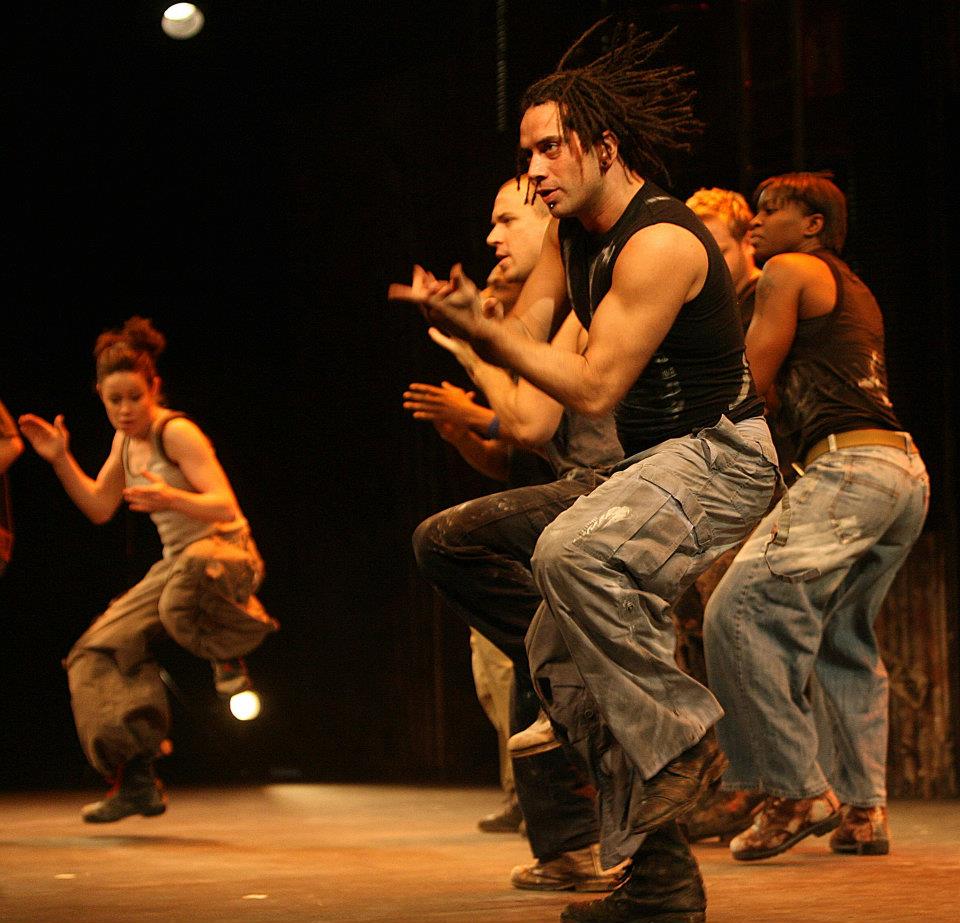 Years later Mr Conroy joined the International tour performing in all the main theatres in Europe and around the world. He has appeared in numerous TV shows and was a guest performing artist in the final of ‘So You Think You Can Dance Australia.

He was part of the cast of the award-winning music DVD 'STOMP LIVE' also featured in Sky Arts. Mr Conroy retired from Stomp shortly after appearing in front of 80 thousand people at the London Olympics Closing Ceremony.

He also started his own professional dance company successfully touring the UK as well as choreographing for established dance companies and TV. 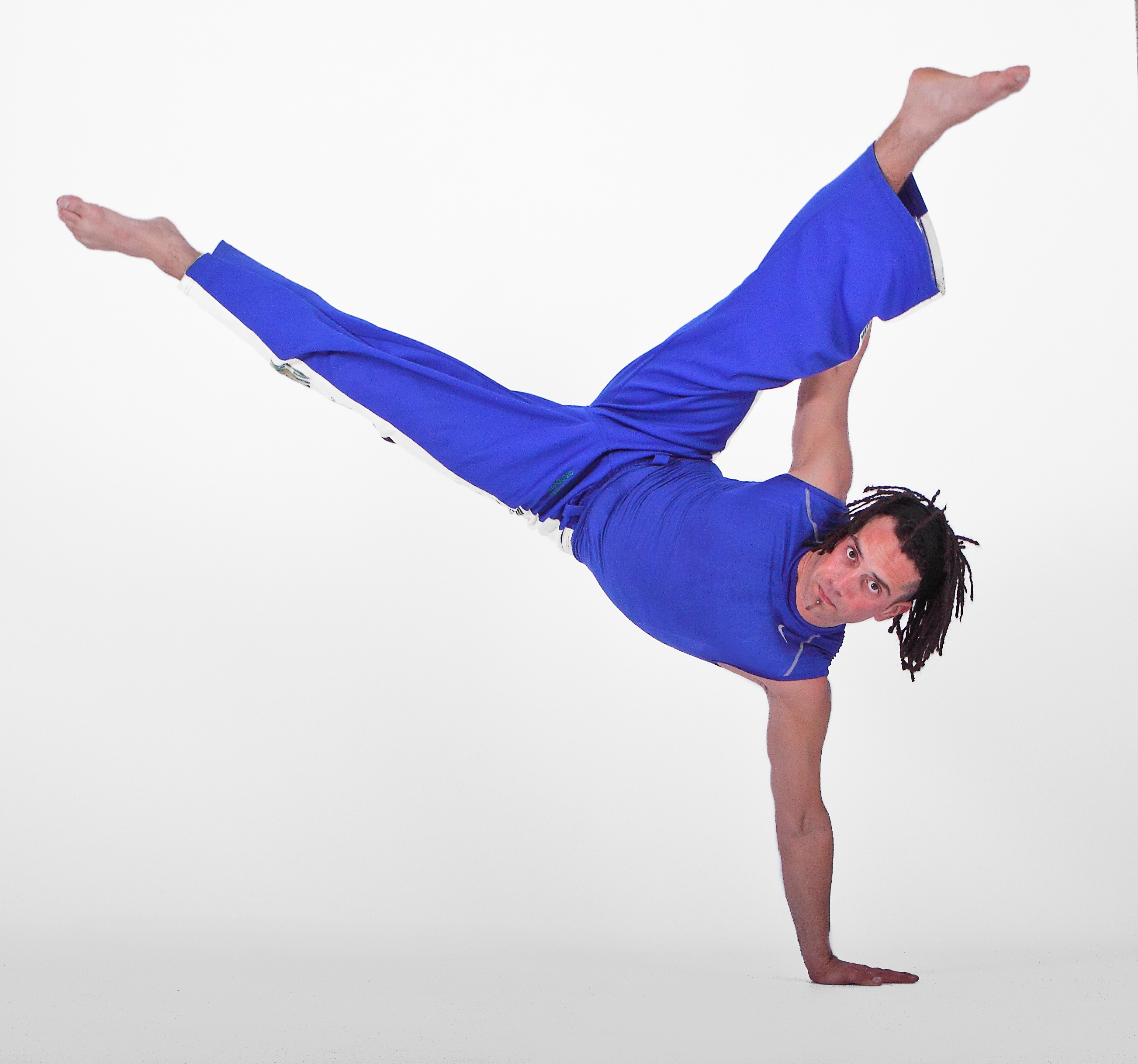 He returned to Gibraltar in 2012 opening his Performing Arts Centre 'AIM'. He is also the director of his latest project The Recycle Junkies. A percussion/theatre/comedy show that featured recently at the opening ceremony of the Gibraltar Island Games 2019.

When he was six, he started to dance flamenco and he made his debut on the following year in the '1st Flamenco Festival Ciudad de Los Barrios' (Cádiz), por alegrías and Bulerías, with José Monje Cruz, "Camarón de la Isla", "Fosforito", "Chiquetete", etc. Since then, he performed regularly as a dancer in the different flamenco festivals held in the area (municipalities of Campo de Gibraltar, Estepona, Marbella, Ceuta). 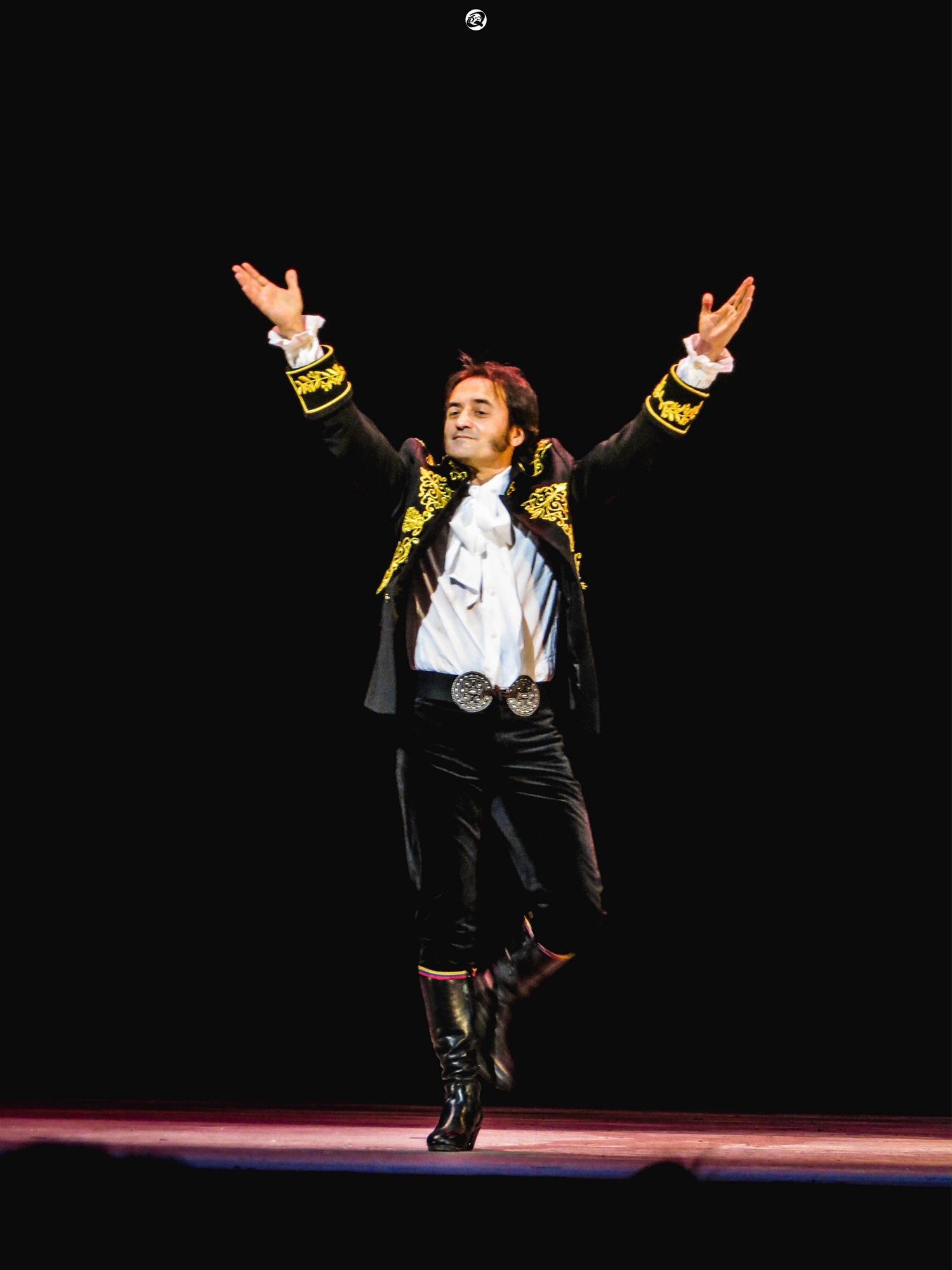 At the age of 11, he made his first tour abroad to Saudi Arabia, for one month, where he became the first flamenco dancer ever who traveled to that area, a tour he repeated several times for some more years. After this, festivals, recitals, tours, contests, television programs, etc. became regular events for him.

Some of the most important flamenco festivals are the "Flamenco Biennial" in Seville, "Festival Flamenco el Mostachón" in Utrera (Seville), "Jueves Flamencos" in Cádiz, "Festival Flamenco de Ojen" (Málaga), etc. His most relevant tours around the world are to Japan, Germany, Turkey, and the UK, where on several occasions, the audiences at the Royal Festival Hall and the Barbican Theatre have given standing ovations. He also took part in the Andalusian day in London. His awards include "Calahorra Flamenca de Córdoba" and "Estepona Cantaora y Bailaora".

Mr Morales has been on several TV channels at a worldwide level - the BBC, Italian TV, and on Canal Sur TV he participated in the opening and closing ceremony of the "Gala de los Premios de la comunicación de la Radio Televisión Andaluza", a Canal Sur programme "Marifé de Triana", the Canal Sur programme "La Venta del Duende", etc. In addition to this, he has also taken part in two TV flamenco series for Canal Sur TV "Buscando a Carmen" and "Cavilaciones" by Pilar Távora. He has been the flamenco dancer and choreographer of the Poesía Flamenca show by Ángel Garó titled ‘En La Línea de mis sueños’. 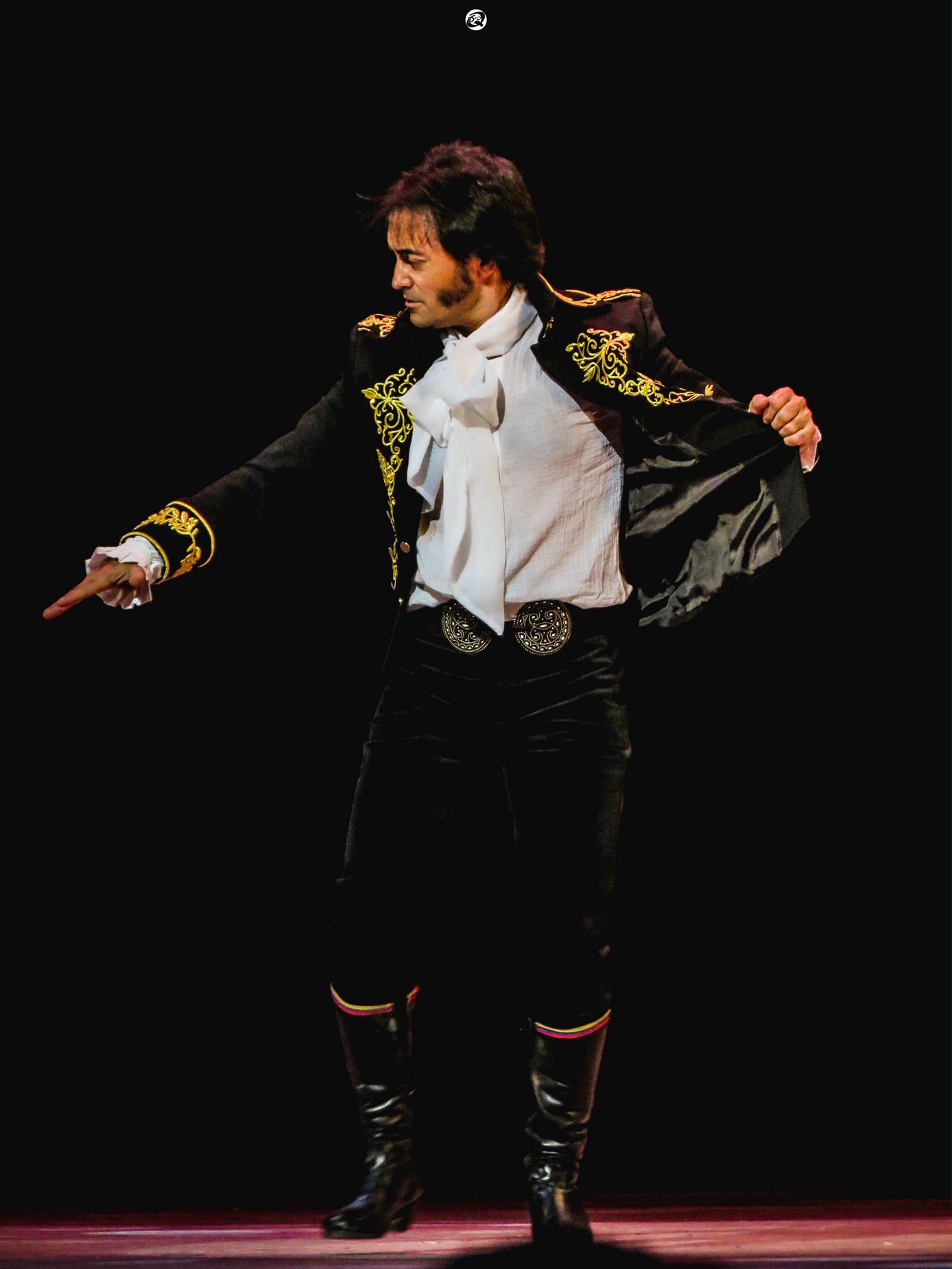 More recently David has performed in Manchester and Leeds and at The Cavern in Liverpool taking flamenco dance to the famous venue for the first time.