Some 15 athletes will be traveling to Malta on Thursday to compete in the games with 550 athletes from 23 countries.

They will be accompanied by National Director and Head of Delegation, Annie Risso, and the coaches of the four sports the Gibraltar athletes will compete in: swimming, athletics, bowling events and 5-a-side. 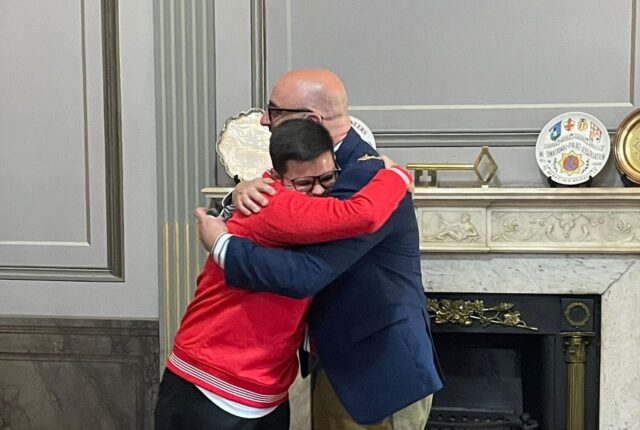 The Mayor welcomed the athletes, coaches, the Executive Committee of Special Olympics Gibraltar, sponsors and guests to the Mayor’s Parlour.

Also in attendance were the Minister for Equality, Samantha Sacramento, and Deputy Mayor Carmen Gomez, who joined Mr Santos in wishing the athletes the very best for the Malta Invitational Games. 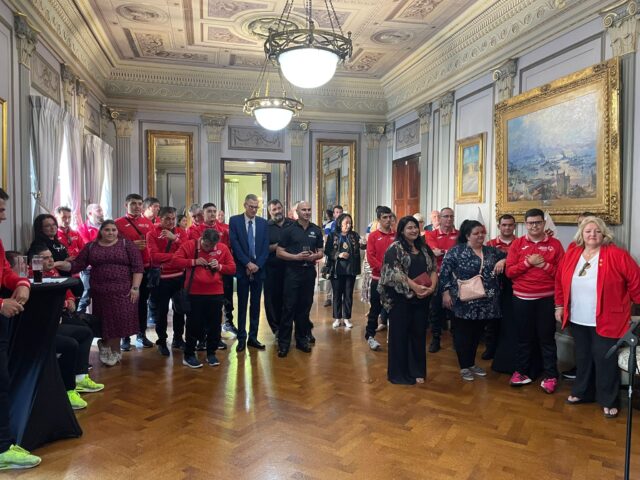 Mr Santos praised the entire team for their dedication and commitment in training in preparation for the games and thanked all those involved for their support in getting the team ready for their first international competition since the start of the Covid-19 pandemic.

Mr Santos was surprised and delighted to be presented with a Special Olympics medal by the athletes.

In representation of the people of Gibraltar, he wished the team good luck, told them that above all he hoped they enjoyed the experience, and how he was sure they would make Gibraltar proud.