It’s often said that neighbourhood policing is the bedrock of British policing.

And that’s no different in Gibraltar, where a team of hardworking community police officers are striving to make life better and safer for everyone on the Rock.

They are often the familiar, friendly face of the force and work closely with community leaders, schoolteachers and government agencies, often using “outside the box” thinking to address community issues before they fester into crimes.

Whilst working predominantly in uniform, they also work in unmarked vehicles in plain clothes at all hours of the day and night, targeting a range of anti-social behaviour including drug taking, driving offences and thefts in intelligence identified hotspots.

The team are based in at the RGP’s Traffic Compound under the shadow of Parson’s Lodge and are made up of an inspector, a sergeant and six specially selected officers.

So, what goes on in this team?

“Community policing does exactly what it says on the tin,” says Sergeant Calum Bruce, who has headed the CPT for the past two years.

“We wear a lot of hats, but basically we have three roles. We have the School Liaison Officers, Community Policing and Operation Trojan officers – the latter deal with antisocial behaviour. We also cover the beach patrol duties in the summer.

“So what we cover is vast and varied.”

Calum, 44, a dad of three, who is originally from Newcastle and joined the RGP aged 18 shortly after moving to Gibraltar with his parents, explained that one of his aims is to change the view that police are only about enforcement and do not hold an important role in the community outside of this. 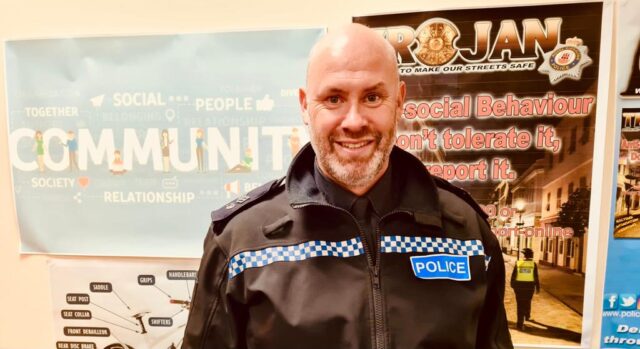 “We wanted to develop the CPT because most of the contact that people have with the police is in either an emergency situation or under negative circumstances – and that’s not the relationship we really wanted with the community.”

“One of the things we have been doing to change this is by building relationships between the younger generation and our officers. We do that by going into schools regularly and speaking to different age groups about issues that affect them – such as bullying, drugs, mental welfare and other pertinent topics.”

Calum explained that this also helps to break the “never-ending cycle” of offending with certain families.

He continued: “I’ve been a police officer now for 25 years and I’m on to the third or fourth generation of certain families. I’ve dealt with grandad, dad and son in some families. So one of our aims is to make kids realise that just because that is the lifestyle they have been born into, they don’t need to continue in that way, and thatthey have positive qualities to offer society. The key is identifying and having officers who are able to not only enforce, but also educate, mentor and be positive role models and who these individuals can approach and seek guidance from. On many occasions, positive role models are lacking in these people’s lives. They do not know where to turn when they are most in need of sound advice.”

Calum added that by having good and open relationships with young people, they also gather a lot of useful intelligence, such as crime hotspots, drug trends and harmful activities that youngsters may have seen on the Internet and start copying.

On occasions when teachers have raised the issue of drugs being brought into schools, the CPT have also teamed up with HM Customs and Gibraltar Defence Police officers outside the school gates with drug detection dogs, to act as a deterrent. 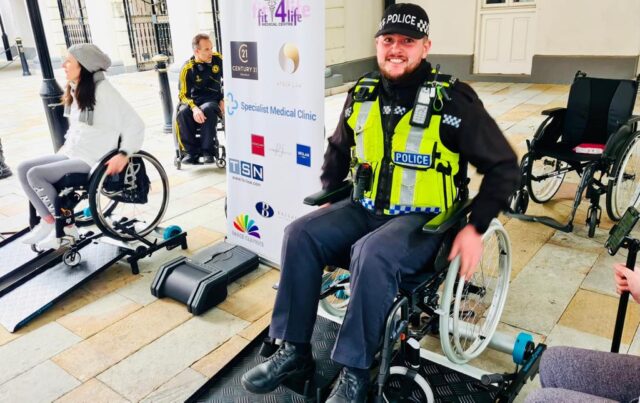 One of the other sides of community policing is working together with other agencies, which is the way forward, according to Calum.

“There is no one agency within Gibraltar whose staff have all the skill sets or resources to solve every problem. An example is neighbourly disputes, where we can attend, enforce and deal with any criminal activity that is going on. But without working with Housing in looking at a long-term solution, which may involve rehousing one of the parties, ultimately, we're not going to find a lasting resolution to the problem.”

The multi-agency approach has seen the RGP’s Community Policing officers join forces with a number of government agencies, such as the Care Agency, Social Services and the Environmental Agency.

Calum explained: “Recently PC Julian Cruz was working with the Housing Department one day, dealing with evictions and boarding up government properties.

The day after that he was out targeting dog fouling and doing licensing patrols with the Environmental Agency.

“For community policing, there is no such thing as a typical day.”

As for the working hours, it’s not a 9 to 5 Monday to Friday job. Officers will be up early targeting traffic hotspots one day, or when working as Operation Trojan officers, they will work a week of late/night shifts in order to target anti-social behaviour issues. 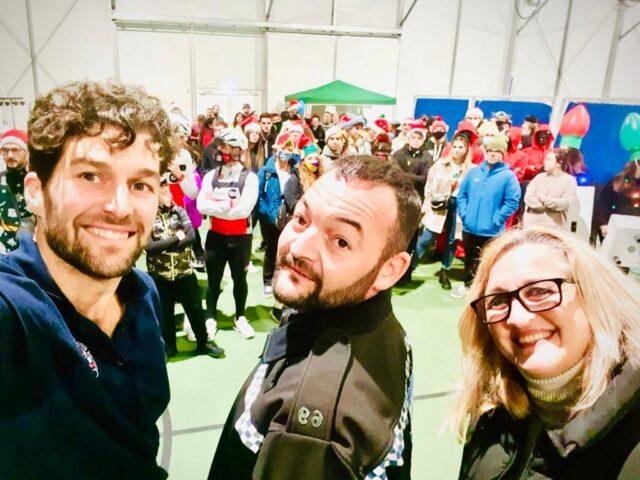 “After the safety of the community, the second most important thing that the public demand from us is dealing with anti-social behaviour and issues that affect their daily lives,” said Calum.

Calum explained that one of the tools they can use in Community Policing is the Anti-Social Behaviour Order (ASBO), which was recently used to deal with a persistent noise offender in one of the estates.

Calum went on to explain that the Trojan Officers, who deal with the anti-social aspects of neighbourhood policing, often work in unmarked cars and in plain clothes, allowing them to gather intelligence and observe individuals unnoticed.

“We are also doing a lot of proactive policing with the estates on a regular basis, where plain clothes officers patrol during the evenings and the early hours of the morning. But the public don’t always see this or realise that we are out there patrolling and keeping an eye on crime hot spots. A lot goes on behind the scenes.”

He added that a number of the large seizures of fuel containers last year were due to intelligence gathered in operations led by Op Trojan officers.

“They also work in conjunction with Drug Squad when they are doing operations, or when we have useful information and the Drug Squad officers want to come on board with us,” said Calum.

Another area he is trying to develop is getting more officers involved in non-policing areas within the community. 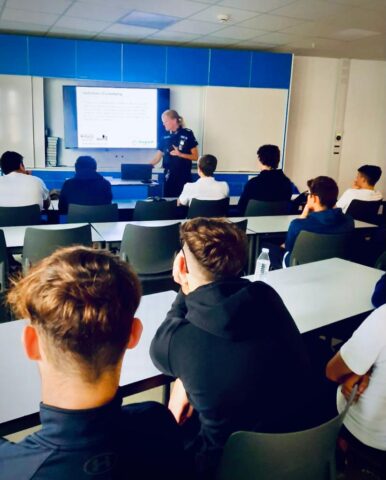 Sgt Bruce continued: “Hopefully at some stage down the line, we can start going into schools as part of the rugby coaching staff and have that interaction with kids. It’s all about trying to find different avenues to interact with them.”

lasting support in the community.

He added: “When patrolling on Friday nights we ask young people why they congregate around Zoca Flank. They told us it’s because they have nowhere else to go. They are not bad kids, they just have no open space to go and play music or hang out without upsetting or disturbing other members of the community.”

Calum added that the CPT were looking at the idea of setting up a “Safe Zone” where parents can drop their kids off in a controlled area on a Friday night, where there are plain-clothes police officers to keep an eye on them.

“The idea is to have an area away from the main housing estates so that kids will cause minimal disturbance. It could have a music corner, where they can pick up a microphone, a guitar, or play piano and they can entertain their friends and show off their talents. This could also include an area for street art and sports. 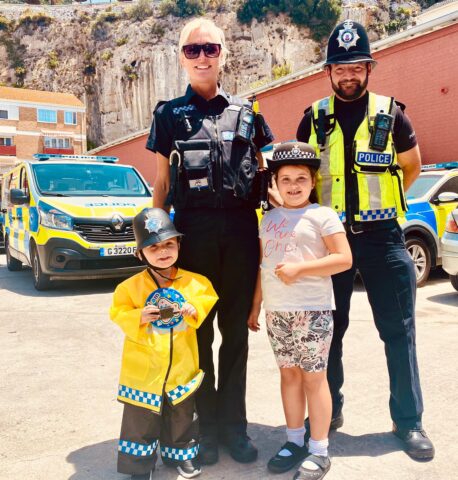 “That would work here. We have masses of ideas, but it’s getting the right people involved and supporting us, such as the Youth Service and youth clubs, and where required, getting the funding together.”

Calum, said: “Going forward, we are always trying to think of new initiatives to engage with the community because they’re going to dictate what they want and what they deem to be the issues.

“But key to this is the support of the community at the end of the day. For us, it’s building that rapport and trust, and that, ultimately, is the bigger picture in community policing.”

To contact the Community Policing Team, you can email: slo@royalgib.police.gi