Steeped in nostalgia and revelling in past pomp and glory, Valletta is the jewel in Malta’s antique crown, attracting almost two million tourists a year. But today, as I walk around fortifications built by the Knights of St John, a ruling military and religious order who rose from the Crusades, it’s refreshingly quiet. The only cruise ship in port departed yesterday, leaving a handful of foreigners to admire the ramparts in peace. 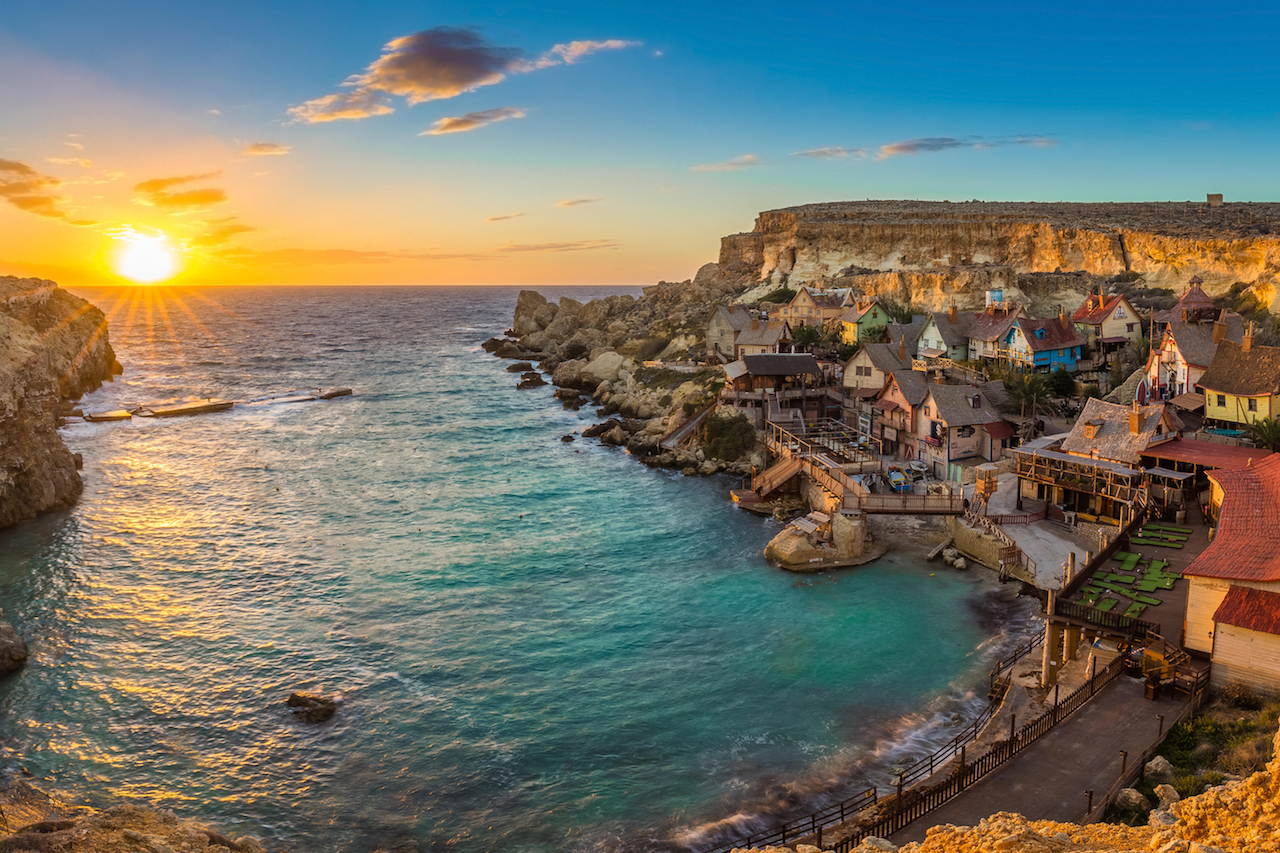 Open to double vaccinated visitors with no need to quarantine in either direction, the three-island state of Malta, Gozo and Camino is slowly welcoming back tourists. But even in a destination whose future has always been shaped by its past, things will never be the same.

One of several innovators determined to move forward is entrepreneur and philanthropist Mark Weingard, whose boutique property Iniala Harbour House launched last November in the midst of the pandemic.

Spread across four amber limestone townhouses and vaults overlooking the harbour, the project took five years to complete. Inside, original features – such as a spiral ‘garigor’ staircase and ceiling fresco – have been restored and brought up to date with contemporary artworks.

In my suite (so spacious it could happily accommodate long stays with a separate living area, hallway and walk-in wardrobe), the wallpaper is based on skyline prints by a local Maltese photographer, while furnishings in a delicious combination of copper and cream, have all the pizzazz of a Manhattan penthouse.

At rooftop restaurant ION, I dine in the warm open air with a Michelin-starred meal from British chef Alex Dilling, currently on a 100-day loan from The Greenhouse in London. Committed to experimenting with local ingredients, he uses oysters for a savoury take on a bavarois and elevates a humble tomato with a silky sheet of thickened almond milk.

A shift towards more luxury offerings is backed up elsewhere in the city – on both land and sea. Superyacht trader Jamie Houston – who offers services to guests at Iniala – decided to base his charter business CarBlu in Malta, because of both its geographical location and a laidback atmosphere lacking in Europe’s better known rivieras.

I join him for an afternoon cruise on Midnight Madness, an 86ft Italian-built beauty capable of speedily zipping between bays without even a drop of prosecco spilt on deck. Completely refitted, a Louis Vuitton leather-embossed set of drawers in the master cabin is the only vestige of her past life. Available for hourly and daily charters, she can take 12 – making a two-hour trip surprisingly realisable at less than €160 per head.

Anchoring in a quiet bay on the south of the island, where brilliant limestone cliffs beam brighter than the moon, Jamie opens the aft to reveal a toy box of water sports gadgets: paddleboards, snorkels and an inflatable raft towed by a speedboat for thrilling rides. Lying flat on my belly, I scream as we crash over waves, eventually losing control (and half my bikini) on a tight corner. White bottom flashing in the air, it’s hardly the look Brad Pitt and Angelina Jolie – who honeymooned on a yacht here – might go for, but it’s fun all the same.

A stage set for historical dramas and fantasy sci-fis, Malta has hosted countless film and TV productions, with many A-listers choosing to stay in Mdina, the ‘Silent City’ and former capital located in the middle of the island. 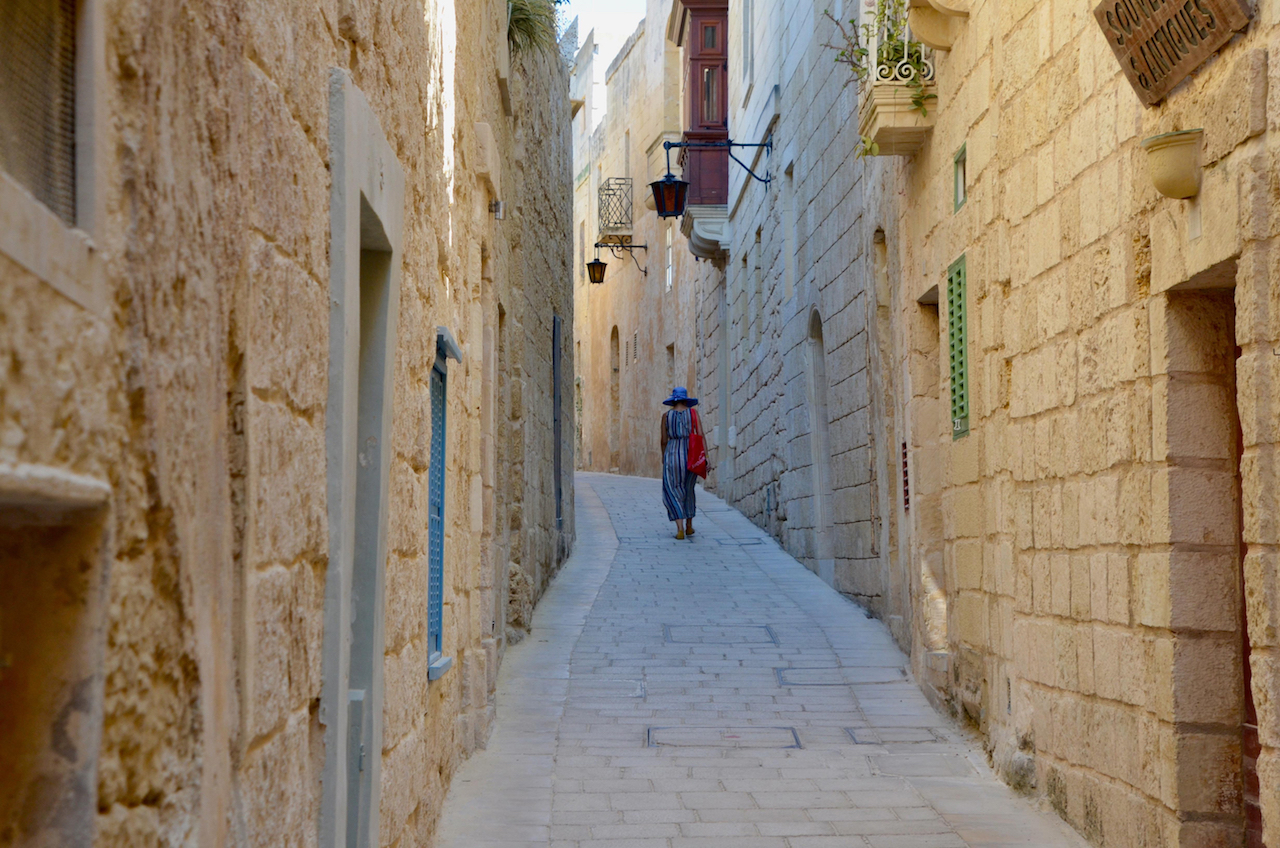 The clop of hooves over cobblestones transports me to another era when I arrive at the highest point on an otherwise flat island, an area colonised by the Phoenicians 4,000 years ago. During the day, the walled citadel is filled with horse-drawn carriages laden with sightseers. But in the early hours, only birds flit between shadows in the gaunt alleys.

The sole place to stay is Xara Palace, a former noble residence revitalised by the Zammit Tabona family and filled with antiques acquired from across the islands – heavy wooden church doors frame a living area, while a choir stall balcony now serves as a reception.

Centred around a glass-covered courtyard or looking out to Maltese vineyards and the sea, 17 suites bathe in discreet grandeur. I stay in a newly-renovated room, where Charles and Camilla once slept, and enjoy a meal appropriately fit for a king at the De Mondion restaurant. Chef Kevin Bonello earns his Michelin star with a parade of refined dishes: red Sicilian prawns invigorated by a garum spritz, and beetroot gnocchi filled with a knock-out punch of Comte cheese.

A meeting point in the Med

The piece that doesn’t quite fit into Europe’s puzzle, Malta is a fusion of flavours and a crossroads of cultural styles. From the narrow, winding streets of Arab-built citadels, to the bright postboxes embossed with Her Majesty’s stamp, every ruling overlord has left their mark. It’s the place to indulge in sweet ricotta-filled Sicilian cannoli while sat beneath a fluttering St George’s flag. Even the language is a curious blend of Semitic vocabulary scribed with a Latin alphabet and peppered by the odd English word.

The melting pot makes sense given Malta’s position: floating between Italy, Libya and Tunisia in the Mediterranean Sea, it was an important market for traders, a strategic vantage point for conquerors and a sacred place of worship for megalithic civilisations.

Although the Republic of Malta is a tiny island state – covering an area 100 times smaller than Cornwall – the sheer volume of historical sights is overwhelming, making the job of a tour curator indispensable.

“I call this a rock; it’s not even an island!” laughs Jasmine Mifsud, a 23-year-old archaeologist who works for Past Preservers, an agency of historical experts who consult film crews on castings and locations. As part of a new partnership set up with tour operator Original Travel, she now guides tourists in Malta and neighbouring Gozo, with an opportunity to sneak behind the scenes at some sites. 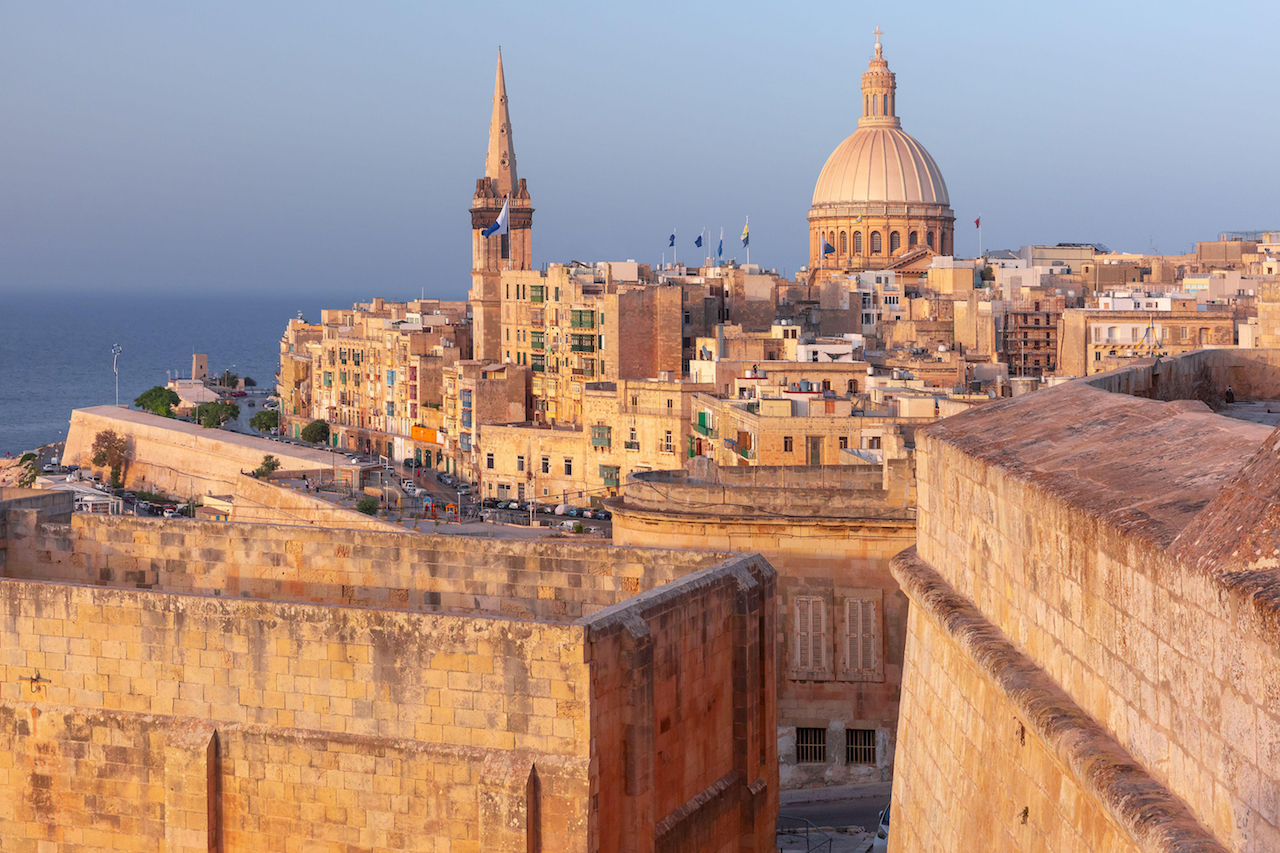 At Hagar Qim, we walk through a megalithic temple complex built to honour a fertility goddess known as the ‘fat lady’; outside fishing port Marsaxlokk, there’s an opportunity to meet archaeologists excavating a site not yet open to the public; and at Popeye Village, we see the perfectly preserved set from the 1980s musical movie starring Robin Williams – a far cry from antiquity, it’s part of the island state’s story nevertheless.

All over Malta, historical artefacts shed light on periods of war balanced by decades of peace. But today, ancient backdrops are setting the scene for new developments, saluting the future with the power of 100 cannons at full blast.