Microplastics found in snow from Alps to Arctic

The minute particles are transported by the atmosphere and subsequently washed out of the air, especially by snow - even in regions such as the Arctic and the Alps.

Dr Melanie Bergmann, from the Alfred Wegener Institute (AWI), Helmholtz Centre for Polar and Marine Research, in Germany, said: "It's readily apparent that the majority of the microplastic in the snow comes from the air."

She added that this raises questions about how much plastic humans are inhaling.

A study published in the journal Science Advances conducted analysis on snow samples from Helgoland, Bavaria, Bremen, the Swiss Alps and the Arctic.

Microplastics were found in high concentrations in snow at all of the sites - even in remote areas of the Arctic, on the island of Svalbard, and in snow on drifting ice floes.

Researchers say the hypothesis is supported by past research conducted on grains of pollen, in which experts confirmed that pollen from the middle latitudes is transported by the air to the Arctic.

These grains are around the same size as the microplastic particles. 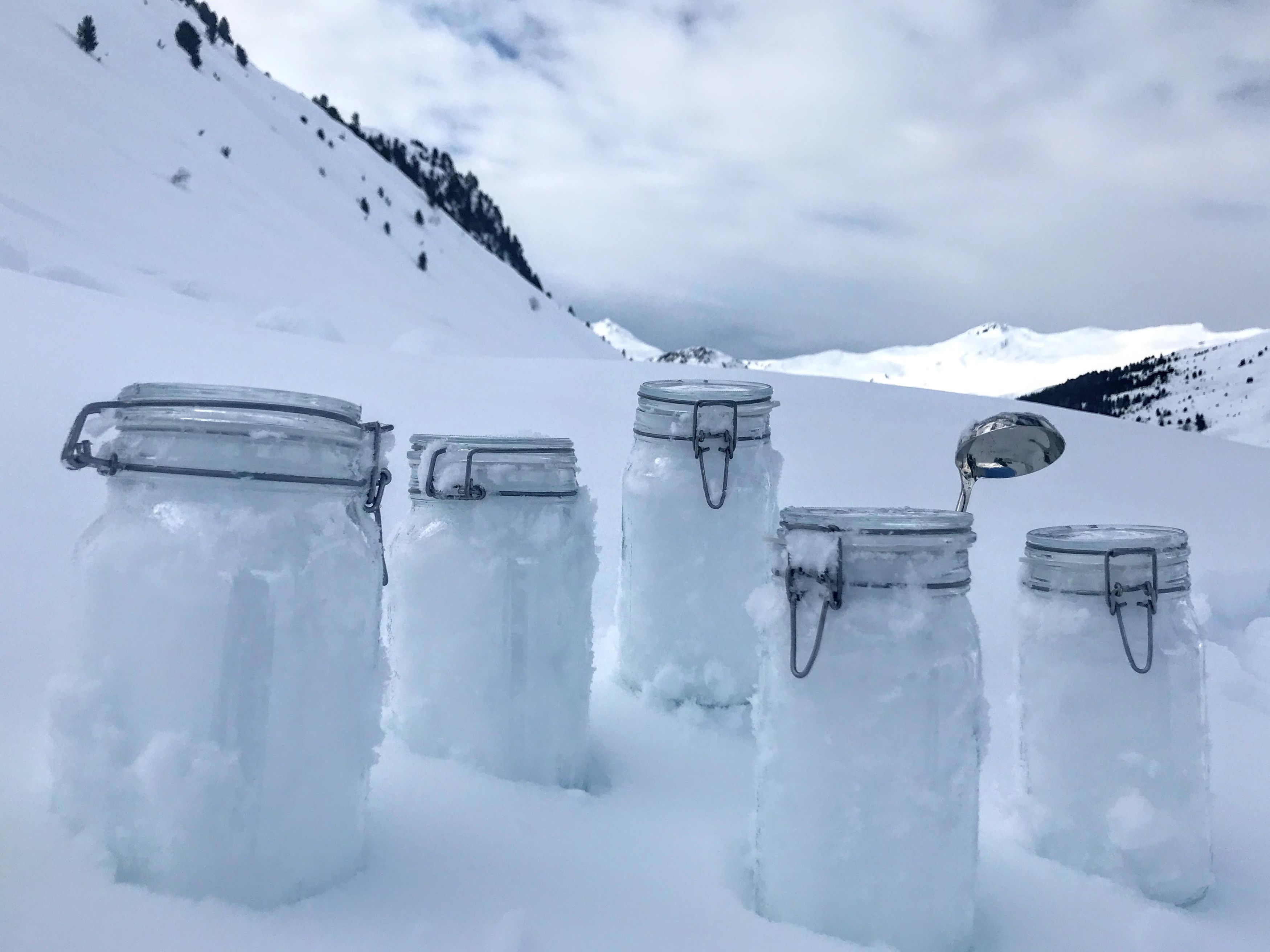 Similarly, dust from the Sahara can cover distances of 3,500km or more, reaching the north-east Atlantic.

The types of plastic found also varied greatly between sites.

In the Arctic they primarily found nitrile rubber, acrylates and paint, which are used in a host of applications

Because of its resistance to various types of fuel and broad temperature range, nitrile rubber is often used in gaskets and hoses.

Near the rural road in Bavaria, the samples contained various types of rubber which is used in countless applications, including in car tyres.

Researchers say the the microplastic concentrations found were considerably higher than those in studies conducted by other researchers on dust deposits, for example.

One of the study authors, Dr Gunnar Gerdts, said this could be due to one of two reasons.

He explained: "First of all, snow is extremely efficient when it comes to washing microplastic out of the atmosphere.

"Secondly, it could be due to the infrared spectroscopy we used, which allowed us to detect even the smallest particles - down to a size of only 11 micrometres."

The scientists melted the snow and poured it through a filter before examining the trapped residue with an infrared microscope. 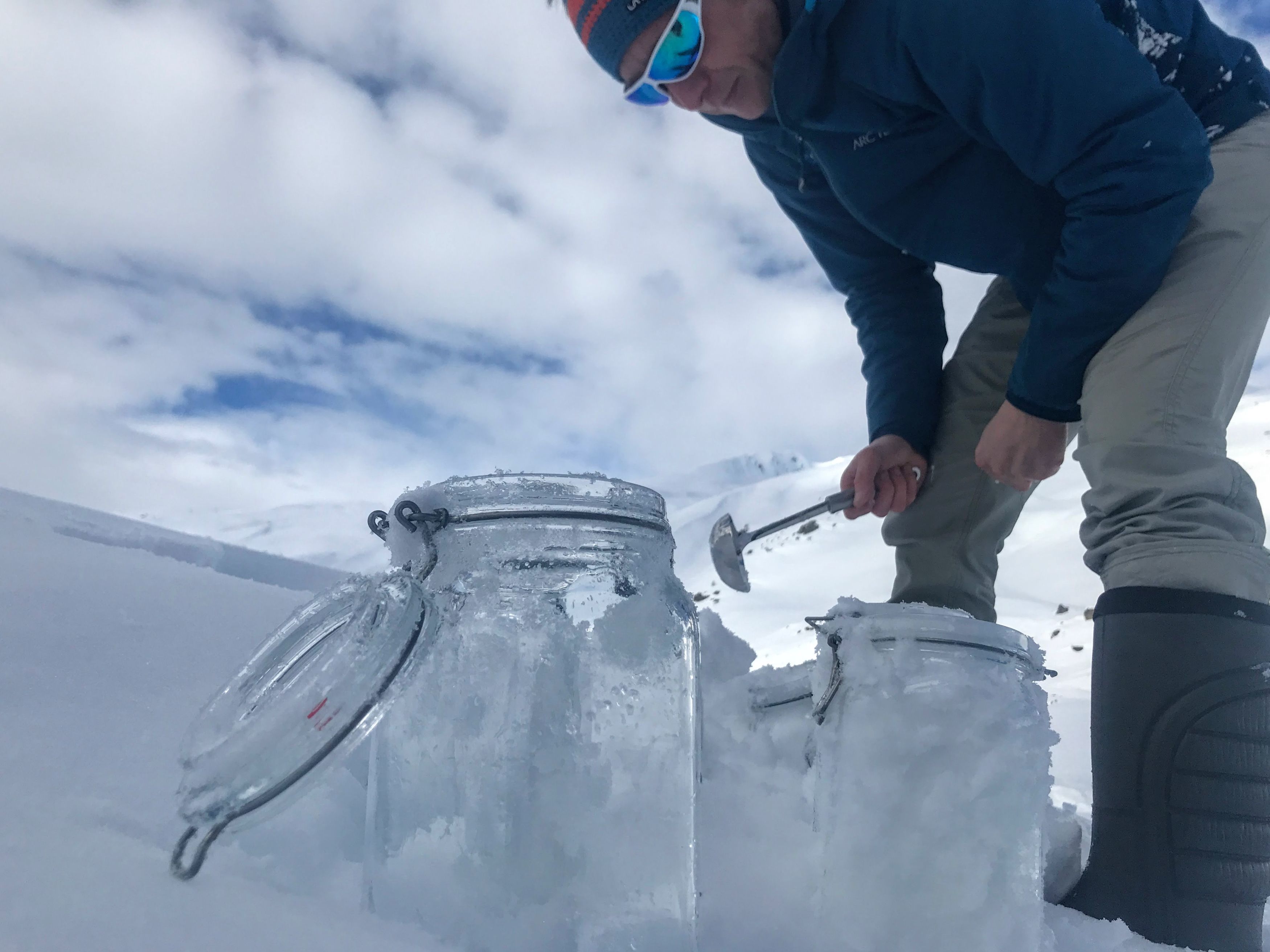 Depending on the type of plastic, different wavelengths of the infrared light are absorbed and reflected.

According to the researchers, a major portion of the microplastic in Europe, and even more in the Arctic, comes from the atmosphere and snow.

Dr Bergmann said: "This additional transport route could also explain the high amounts of microplastic that we've found in the Arctic sea ice and the deep sea in previous studies."

She added: "To date there are virtually no studies investigating the extent to which human beings are subject to microplastic contamination."

Most research has focused on how animals or human beings absorb microplastic from what they eat.

"But once we've determined that large quantities of microplastic can also be transported by the air, it naturally raises the question as to whether and how much plastic we're inhaling.

"Older findings from medical research offer promising points of departure for work in this direction," she concluded.