Runners pounded across the runway to help raise over £2000 for the Children with Cancer UK charity last Friday night.
The runners donned colourful costumes and fairy lights for the 5km fundraiser that started at midnight.
The event was held in memory of Jamie Armstrong who was diagnosed with leukaemia at a young age.
At the time Jamie’s family were stationed on the Rock with Royal Air Force Gibraltar – and had to return to the UK for his treatment.
He passed away at the age of 13 in 2016, after battling with the illness. 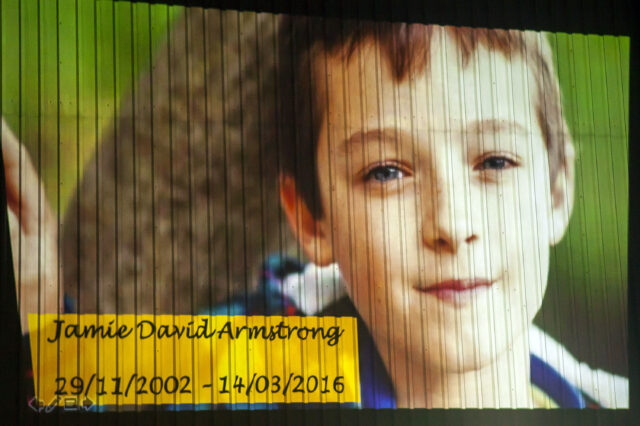 Just before the start of the race his parents, who have recently returned to work in Gibraltar, led an emotional tribute to their “beautiful boy”, before thanking the runners for supporting them.
A number of friends, including Charlotte and Russ Ward, Martin Hughes, Mark and Laura MacLaughlan and the Carpe Diem Running Club, helped organise the event.
Mrs Ward, who is based at British Forces Gibraltar and has battled cancer herself, decided to organise the challenge after her and her husband were unable to take part in the London Marathon.
“The midnight runway fun run went very well and was well supported by British Forces personnel and the local community, in particular the Carpe Diem Running Club,” she said.
“Originally my husband and I were due to run the London Marathon, but due to Covid, this wasn’t possible, so we decided to set something up closer to home.”
“I chose to fundraise for this charity after seeing children go through the same treatment as myself, and they were still able to smile.
“Thank you everyone for making this happen. The generosity of people has left me speechless and emotional.”

Prior to the start of the run, a minute’s applause was held with Jamie’s picture projected onto the side of an RAF building situated on the runway.
Bag pipes were played throughout the applause by David Moir, who works for British Forces Gibraltar.
At the end of the run, runners collected their medals and made their way back to the start where food and drinks were donated by GibMaroc, Saccone and Speed and Restsso.
Leftover food was then donated to Father Charlie from St Teresa’s Church. 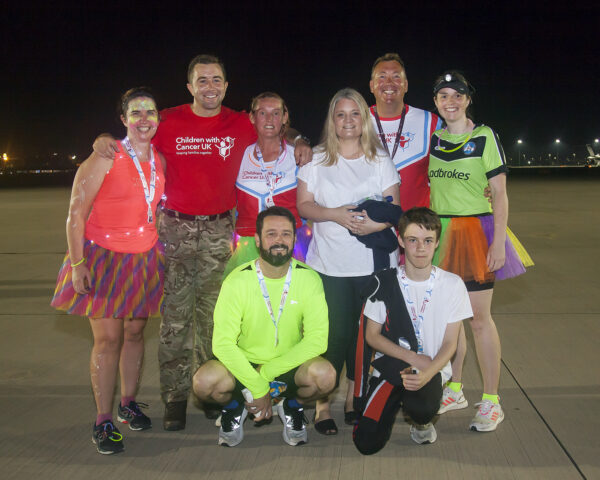 A spokesperson from Carpe Diem Running Club, who helped organise the event, said: “It was a phenomenal event and we raised a lot of money for a great cause in Jamie’s name.”
“And who can say they’ve had the chance to run across an actual runway?”
“We’d also like to thank No2 Overseas Gibraltar Squadron Air Training Corps, they were absolutely great and cheered everyone on, making sure the runners were safe throughout the whole event.”
Multiple agencies who volunteered to help included Gibraltar Defence Police, Defence Guard Service, Airfield Fire and Rescue Service, Airfield Ground Support Unit, Air Traffic Control and the Air Training Corps.