Working closely with the BDRI (Bottlenose Dolphin Research Institute) based in Galicia, Spain, Nautilus are delighted to launch its second marine science app ‘Orcinus’ on both Android and iOS.

The new app records the presence of orcas in real time and shares this information with the entire community of Orcinus app users.

Reports of sightings instantly provide navigators with data to aid in planning their routes. 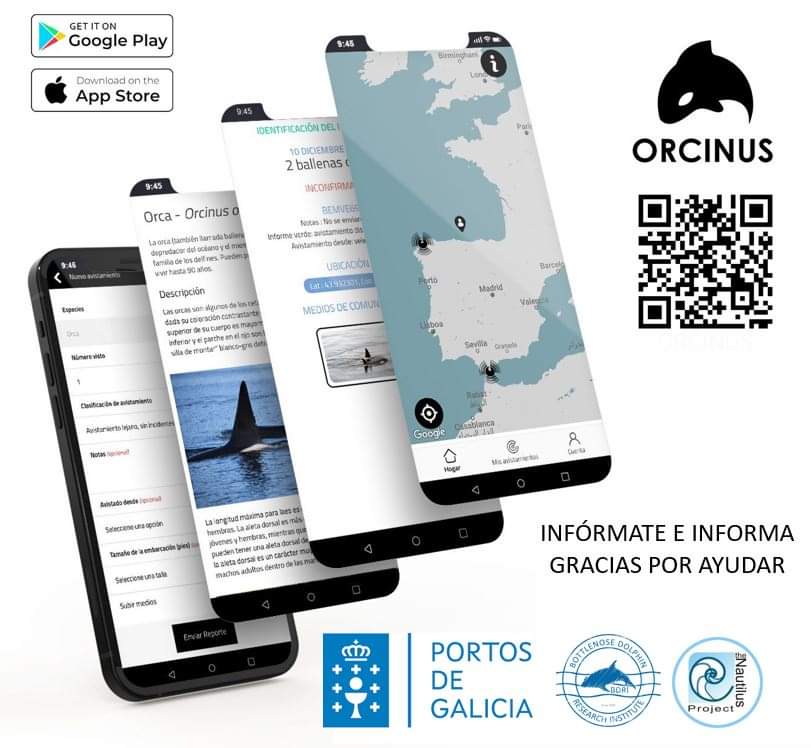 “The main objective of Orcinus is to contribute to safer navigation making it possible to find out both in advance and instantaneously of killer whales in the area, geolocated by other vessels that will have recorded their sightings,” TNP said.

“Given the recent issues that have arisen with interactions with these mammals during recreational sailing, the app will help with safe passage for both these magnificent creatures and sailors alike.”

The app, endorsed by the Xunta of Galicia, is now officially launched in Spain throughout all the national Ports.

TNP said it is extremely grateful to Aaron and Natalia from MGI Limited for the swift, professional development of the app.