Naval 4-inch gun to be restored and displayed

By Jean Paul Latin, on behalf of the Fortress of Gibraltar Group

On Royal Navy ships and submarines, the Naval 4-inch gun were the Exocets of World War I.

At the time, it was a formidable weapon. Alas, come the second world war, the gun was greatly superseded by more modern versions. It was for this reason that the HM Dockyard had in storage an abundance of 4-inch guns left over from His Majesty’s ships. 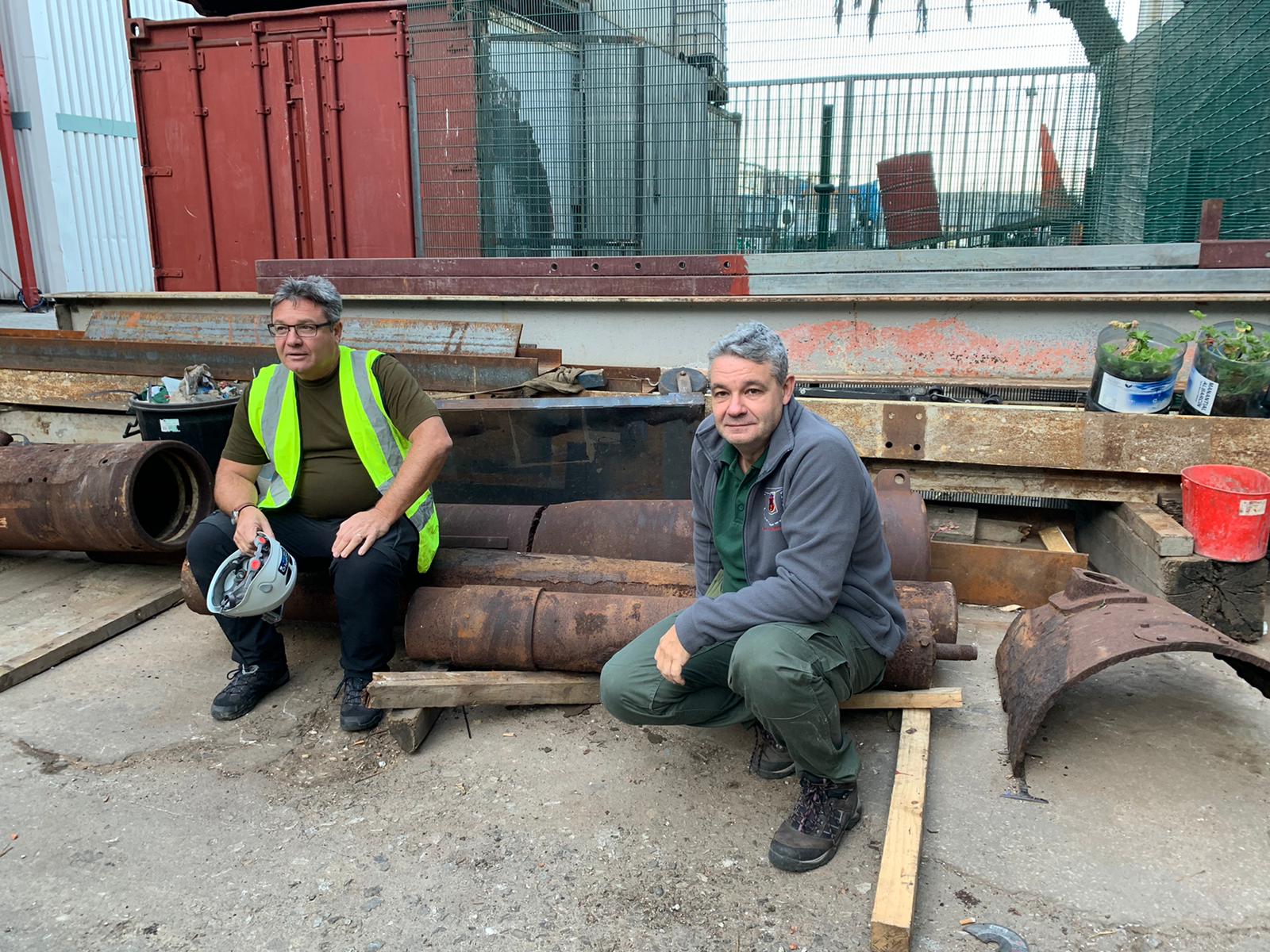 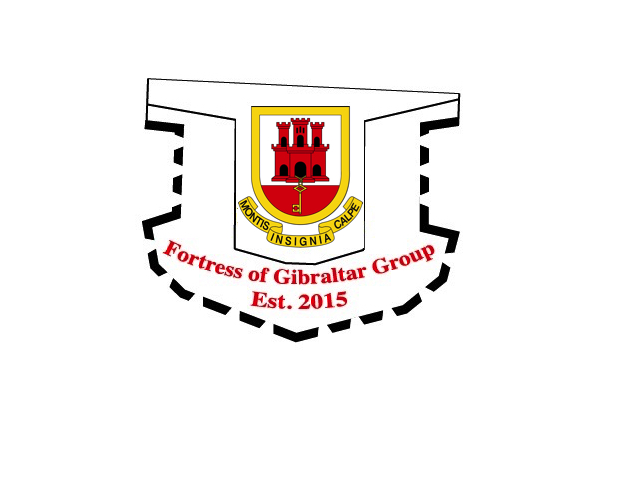 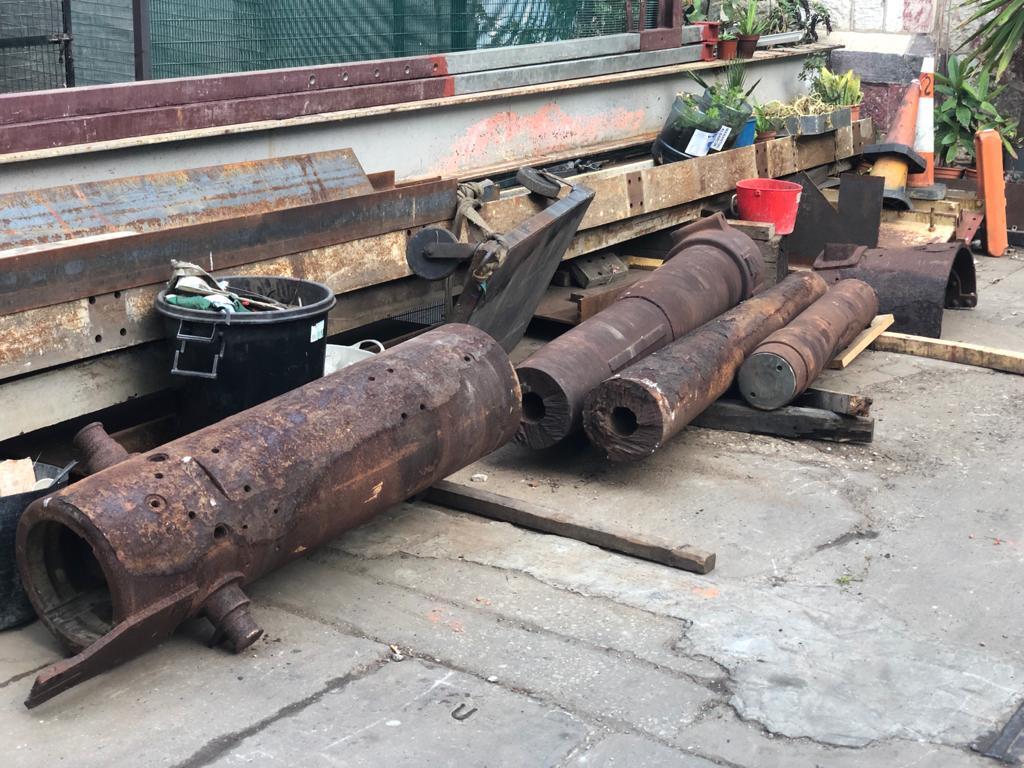 In 1940, tensions on the Rock were at an all-time high. The evacuation of British troops at Dunkirk meant that Gibraltar was the only piece of land on continental Europe that was still in their hands. All eyes were on us.

Britain had it tough. Not only did it have to contend with a belligerent Germany, it had a fascist Spain seemingly rubbing her hands on the thought of Gibraltar falling.

At this time all minds turned towards the issue of defending the Rock by any means possible. One of the options available was to use these now obsolete 4-inch naval guns that were lying around at the dockyard awaiting scrappage. A total of 16 were pressed back into service at various locations around the Rock.

Yet, the 4-inch gun had its limitations. They did not perform as well as their modern counterparts. Therefore, positioning of the gun was crucial. It was decided that the gun would best function in close quarter battle situations. A location where the gun could be hidden and only revealed when the whites of the enemy’s eyes were in view. This, the garrison felt would greatly improve the gun’s utility. 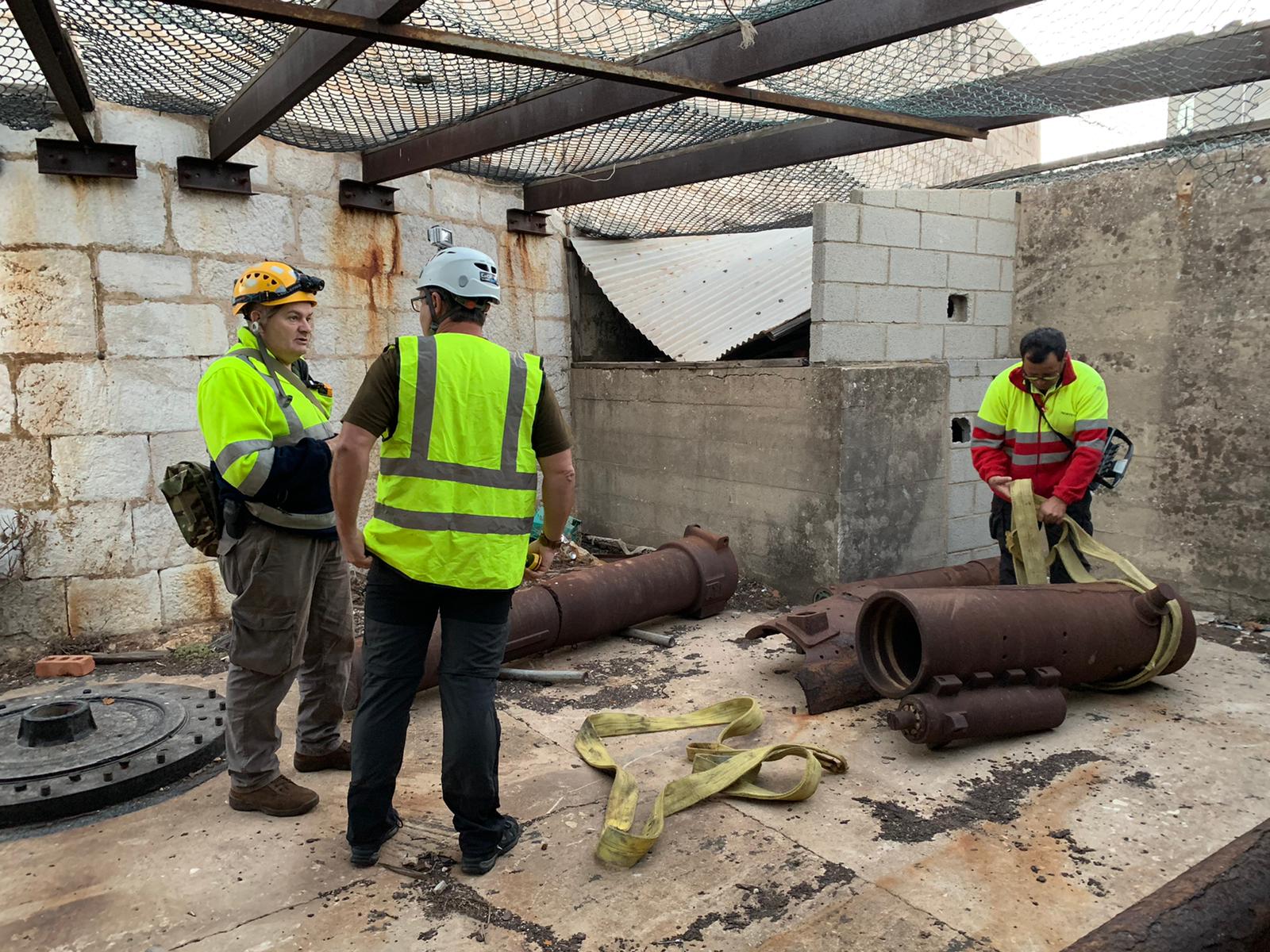 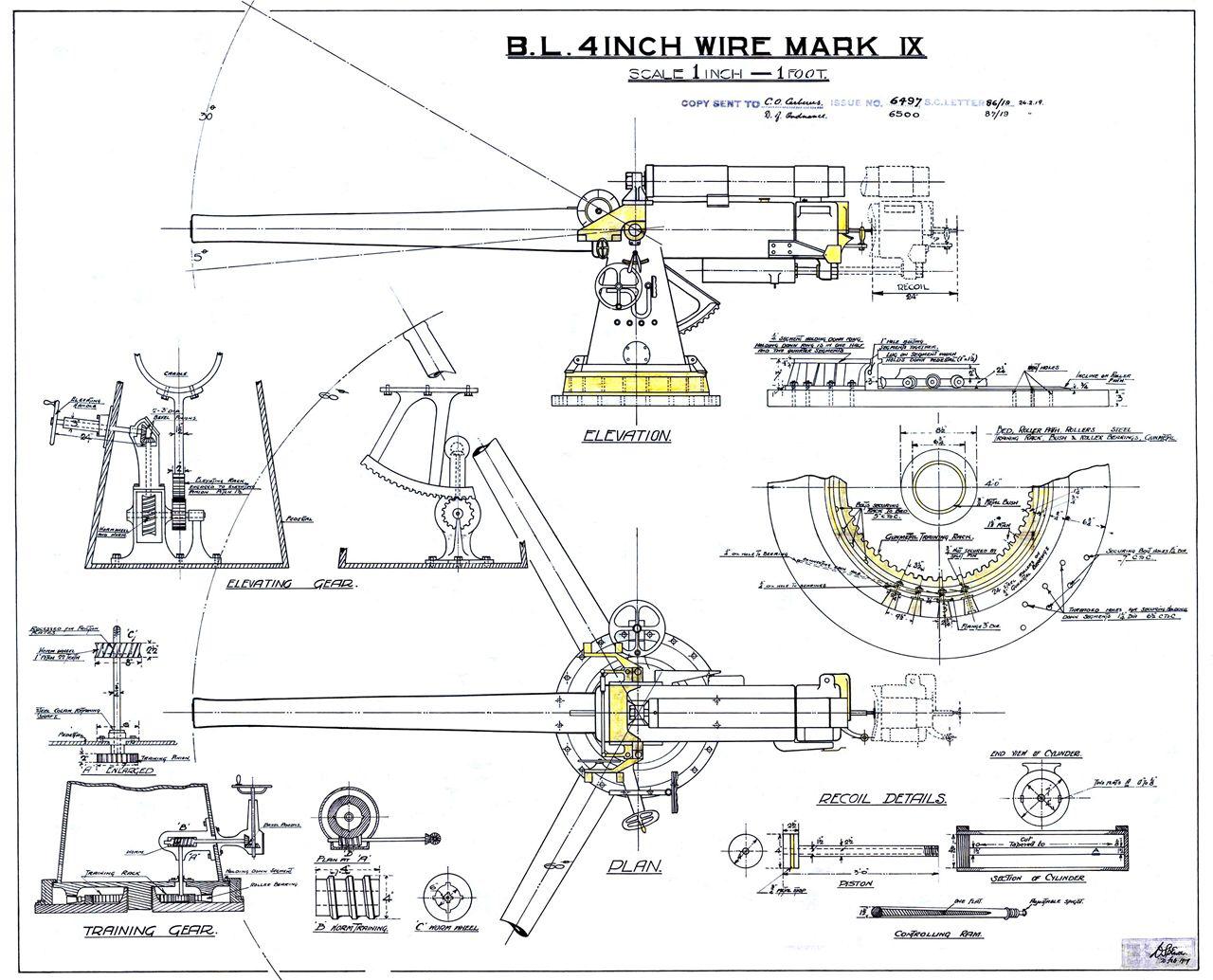 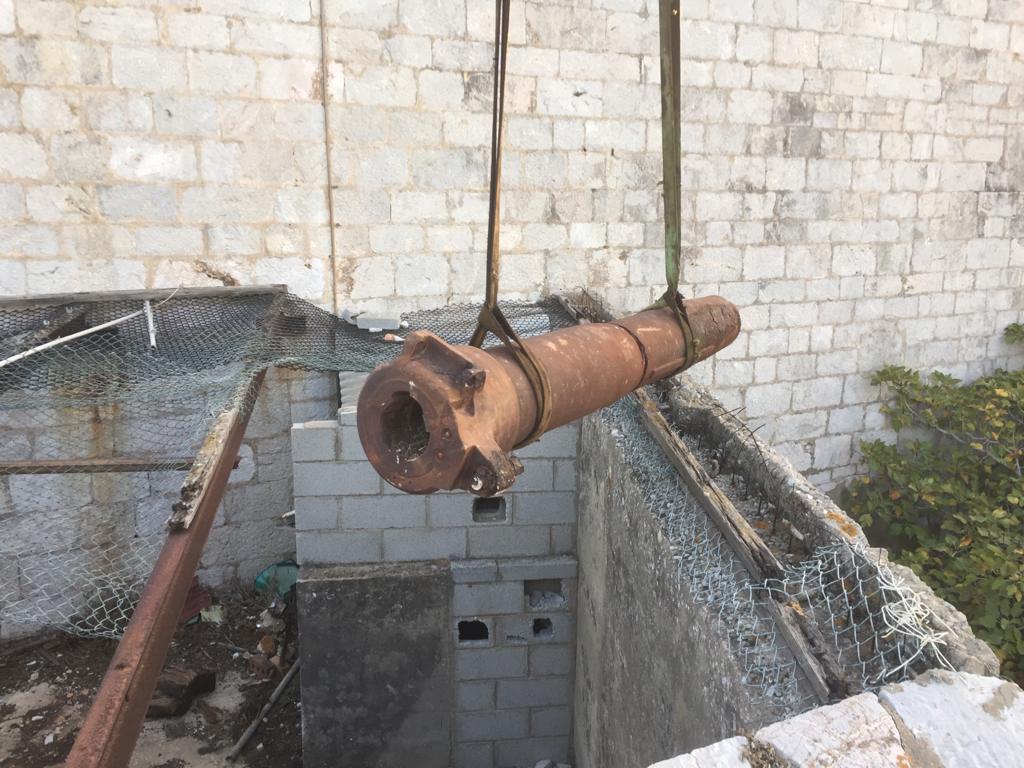 All 16 guns were deployed, one of these locations was at Devil’s Bellows, a battery on the west side of the tunnel leading into Windmill Hill. The gun was deployed here after it had been briefly sited at Buena Vista. The battery had a local defence role, preventing access to Windmill Hill through Devil’s Bellows. This gun battery was constructed in 1941 and works included camouflage screening.

In 1942, accommodation for the gun crew was constructed. The battery itself was built by a section of The Royal Engineers under the command of a 2Lt Moneypenney. Intriguingly, Ian Flemming was stationed on the Rock during the war, who knows if they ever met and the surname caught on… But that’s a story for another time. Back to our 4-inch gun.

Thankfully, the enemy never attacked us by land. After the war, the defence establishment on the Rock started clearing all obsolete ordnance, rendering defensive positions safe. A lot of guns, as well as other military hardware were cut up and sold for scrap or dumped in “safe locations”. 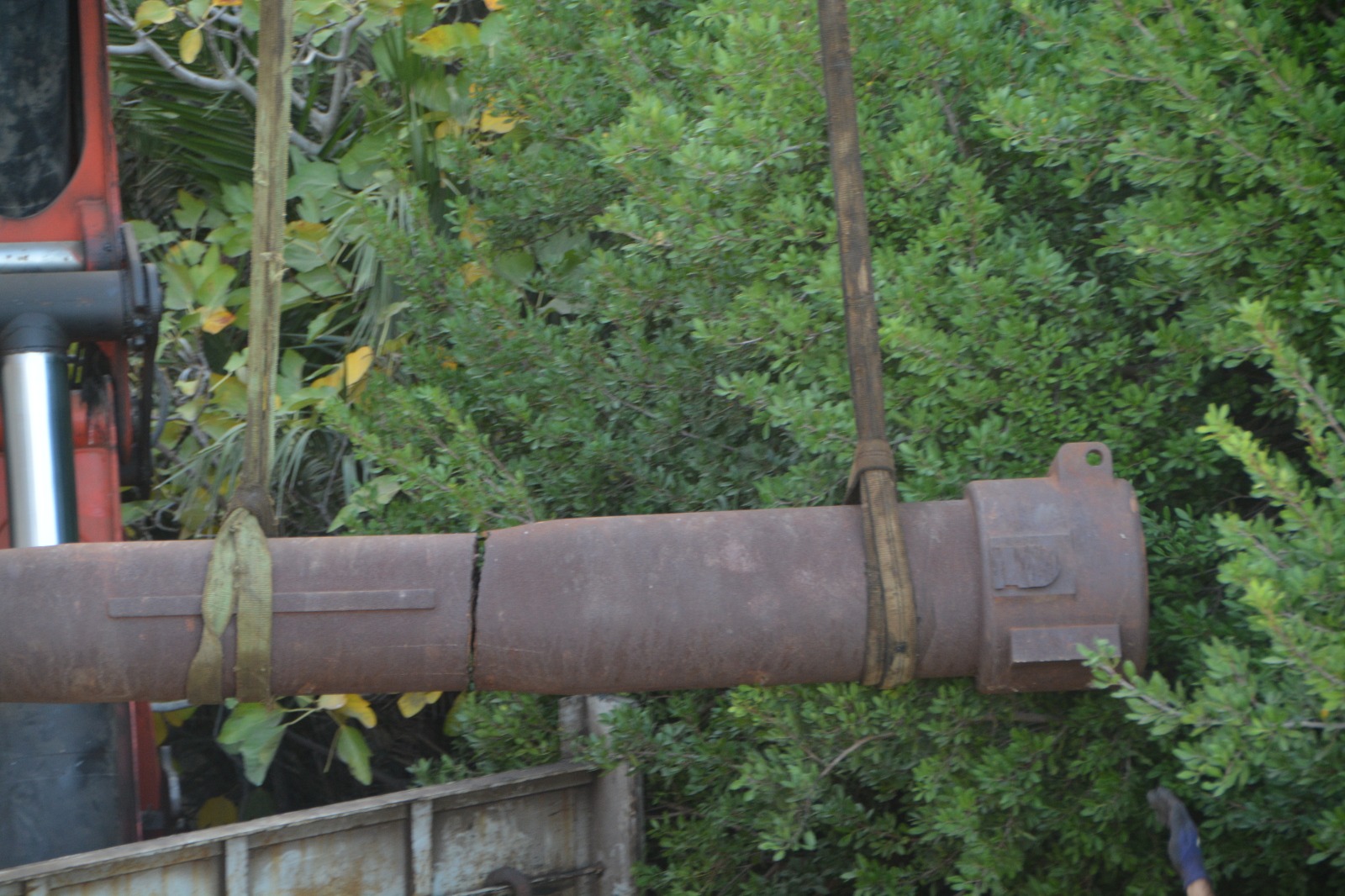 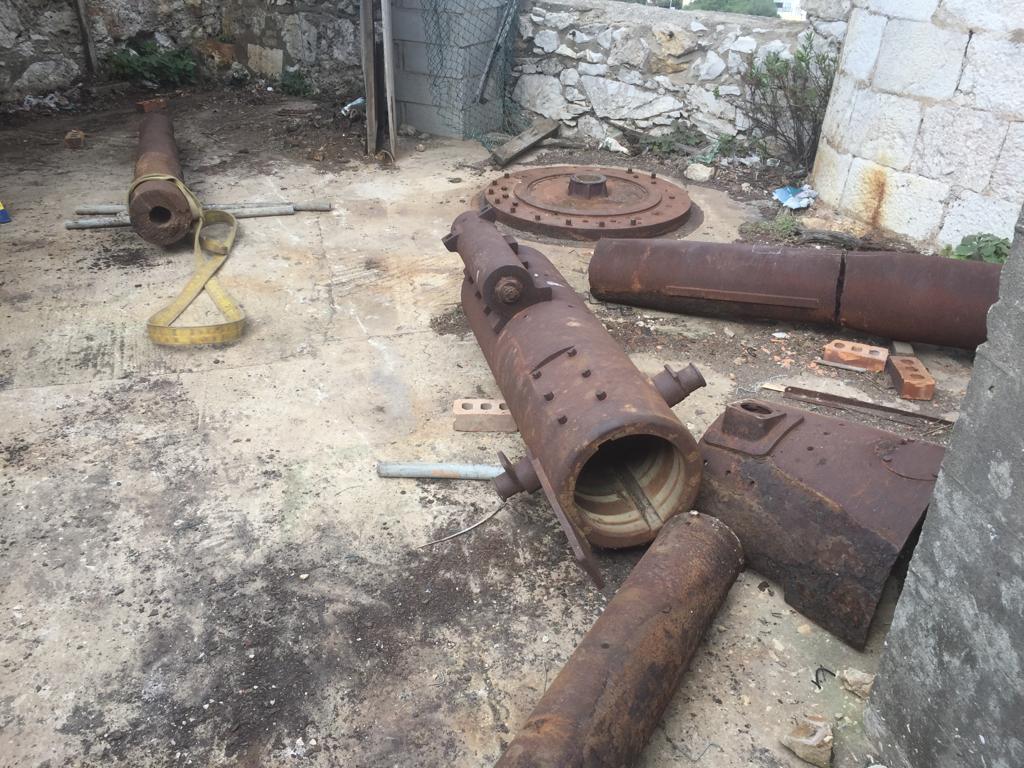 The gun at Devil’s Bellows was certainly earmarked for disposal. Luckily for us, the persons assigned with the disposal of this particular gun must have found the job harder than initially envisaged. The gun was cut up into several pieces and left on site, allowing us decades later to recover this important piece of our heritage
75 years after the war was won, the historical significance of the Rock’s military heritage is acknowledged and championed by groups such as the Fortress of Gibraltar Group, FoGG.

During the too early hours of the 4th October 2020, a Sunday morning, the gun was craned out from the position it had laid for over 75 years and taken to a local metalworking company, where the gun will be restored and put back together again. Parts are missing, these are being sourced from elsewhere or will be manufactured on site.

An appropriate final location is yet to be identified but one thing is certain, the gun will be proudly displayed for all to enjoy, it will not be hidden for viewing by a choice few. Our heritage is for all to enjoy.