Netball Campions will be looking to make a mark

Drawn into a group alongside hosts Isle of Man, Cayman Islands and Switzerland Gibraltar’s netball national squad face a massive challenge to come away with a better result than in last years Europe Netball Open Challenge.
Gibraltar start their competition this Thursday with a match against the hosts Isle of Man at 1pm which could set the tone for the rest of the group matches.
On Friday they face Switzerland at 11am with a late evening start against Cayman Islands in what will be two tough days of netball.
Group B will see the United Arab Emirate, Republic of Ireland, Malta ad Israel competing for places for Saturday’s play-off round.
Gibraltar travel to the Isle of Man with a strong squad which has a mix of both young and experienced players. Changes in defence following the absence of Bryony Rovengo sees Linaya Ocana return into the squad after an absence due to maternity. Initial doubts over Zainya Gillingwater after her late season injury have been put to one side with the very experienced player, with 30 international caps to her name travelling with the squad.
Gibraltar will also once again be looking towards the experience of the two Moreno sisters within the squad and its sharp shooters to provide the challenge they expect to put on the court in what is probably one of the most difficult Open Challenges they have faced in recent years. With Martinez, Ruiz and Ferrer all having been on top form in the domestic league and Pozo having collected best player from her UK team Gibraltar’s sharp shooting under the net is one to watch out for. 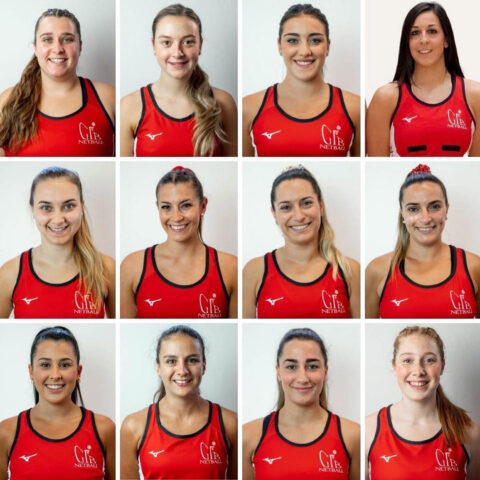