Netball Europe have this Tuesday afternoon announced a further change to the Netball Europe Open Challenge moving it from May to October.
Gibraltar was due to host the event last May and was forced to move it to a later date in November which was once again cancelled.
With May fast approaching and most nations only now releasing sports from lockdowns a further change has been announced to the scheduled May date with the tournament now to be played in October between the 7 and 10th.
Gibraltar will continue to host the event which will provide teams participating with a chance to increase their international ranking.
Initially the event had been scheduled to take place last May With Gibraltar hosting teams from the Cayman Island, Northern Ireland, Isle of Man, Israel and Republic Of Ireland in the Netball Europe Open Challenge plus guest team from the British Forces.
As Gibraltar entered its first lockdown organisers decided to postpone the event whilst the facilities themselves became part of the public health emergency crisis facilities transformed into a temporary sleeping area for emergency staff.
Although Gibraltar had unlocked from the first lockdown by November, international events were still restricted forcing a further postponement. Travel restrictions were also viewed with concern at the time with some of the participating countries still impacted by restrictions.
A new date for May 2021 was set. However, with many of the participating nations, including Gibraltar, still in the midst of the global pandemic Netball Europe has once again made a decision to delay the date for next Autumn.
In the meantime Gibraltar’s netball national players returned yesterday back to training under restricted Covid-19 guidelines. This was the first time senior and youth players were able to physically train together since December after Gibraltar entered its second lockdown. 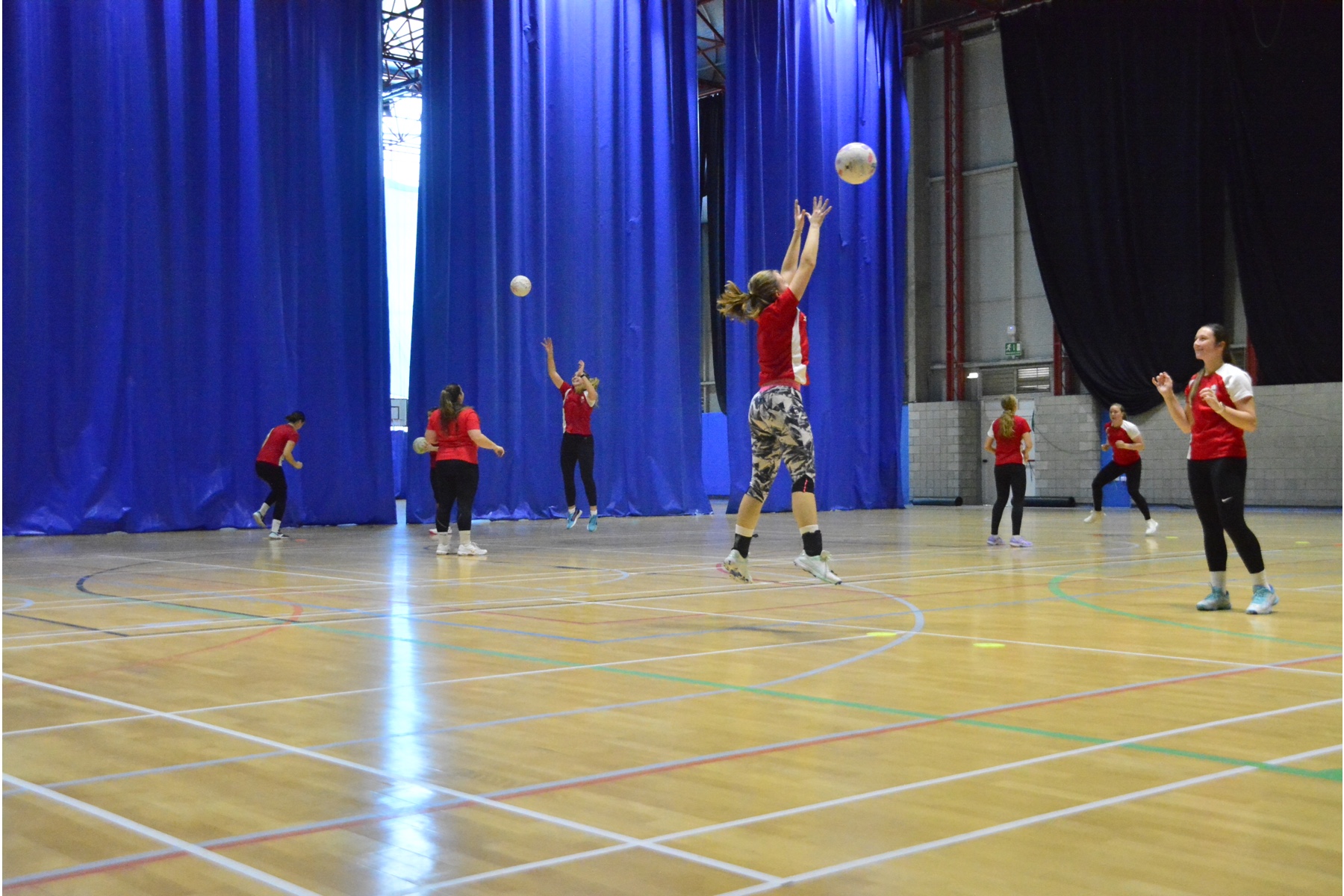 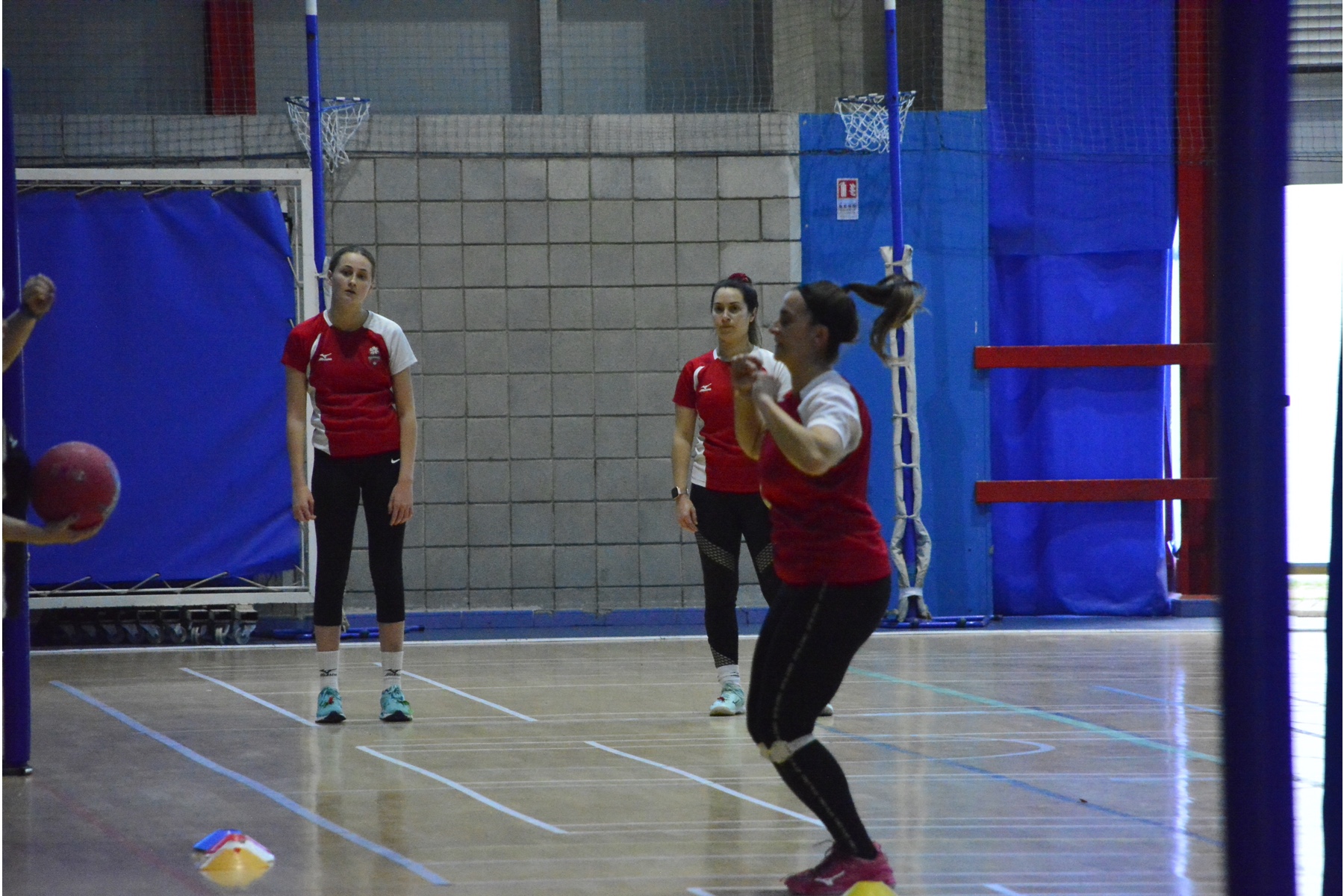 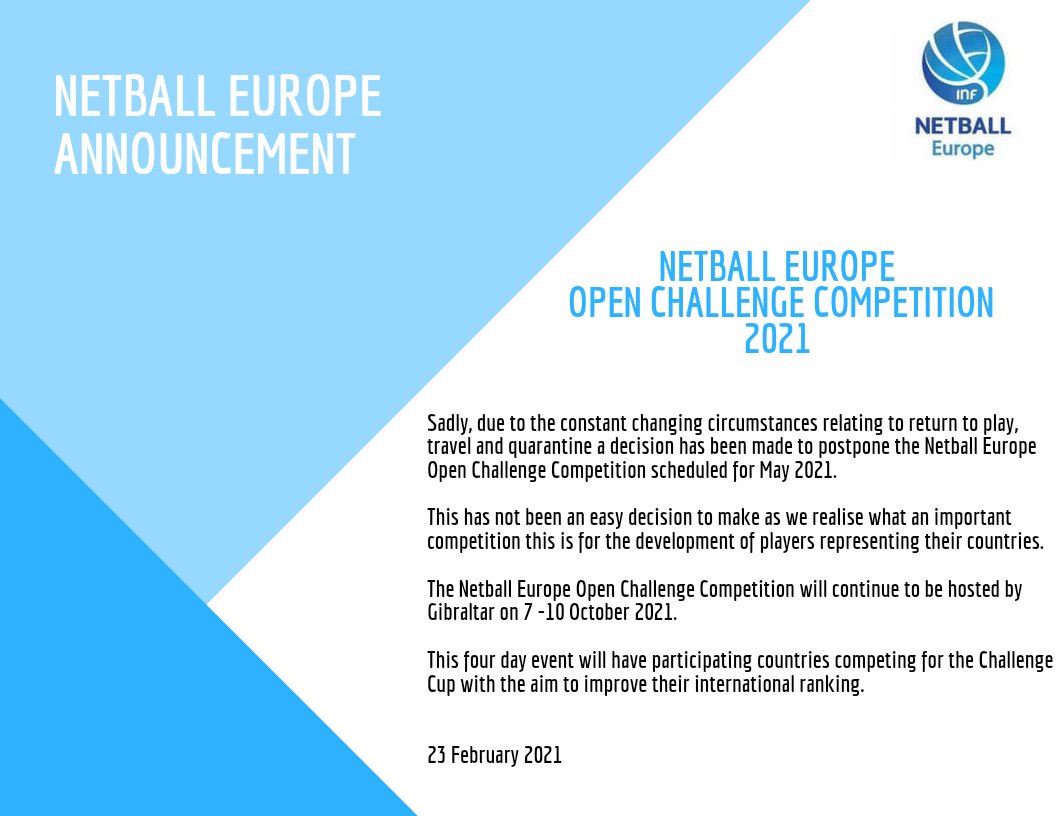