Gibraltar Netball will be running a three day Summer Camp for current Year 6s and Year 7 players.
“The Camp has been planned within the covid 19 restrictions and will focus on warm up, movement skills, passing, catching, shooting skills, cool down and wellbeing,” state Gibraltar Netball officials.
The Camp is being led by National Coach Sarah Payas and Development Academy Coordinator Lizanne Gomez.
In keeping with Gibraltar Netball’s well established pathway policies the camp is being supported by some of its junior coaches who attended a ‘Coaching during Covid-19” workshop.
The workshops provided for players to acquaint themselves with the environment they will be working within, providing valuable lessons on These will be the first of three Netball summer Camps being planned.
Players will be required to be dropped off at the venue and turn up ready to play. Other requirements include bringing their own water bottle, healthy snack, a pen and notebook, their own netball with name (if possible). Like all sports sanitisers will be provided.
Speaking on the workshops netball officials commented, “ It is our duty of care to provide our coaches with the protocols, skills and confidence to lead their netball sessions within covid 19 restrictions whilst still making it fun, motivating and safe for their players as they get ready to return to the netball game!.”
The sport has led the way in the backscene promoting the idea of undertaking courses provided by international associations where guidelines on how to respond to the current public health crisis have been put together to provide a global platform from which coaches and organisations can start to work with as they enter into what is an unprecedented situation for all sports.
The first of the summer camps takes place as from next week. 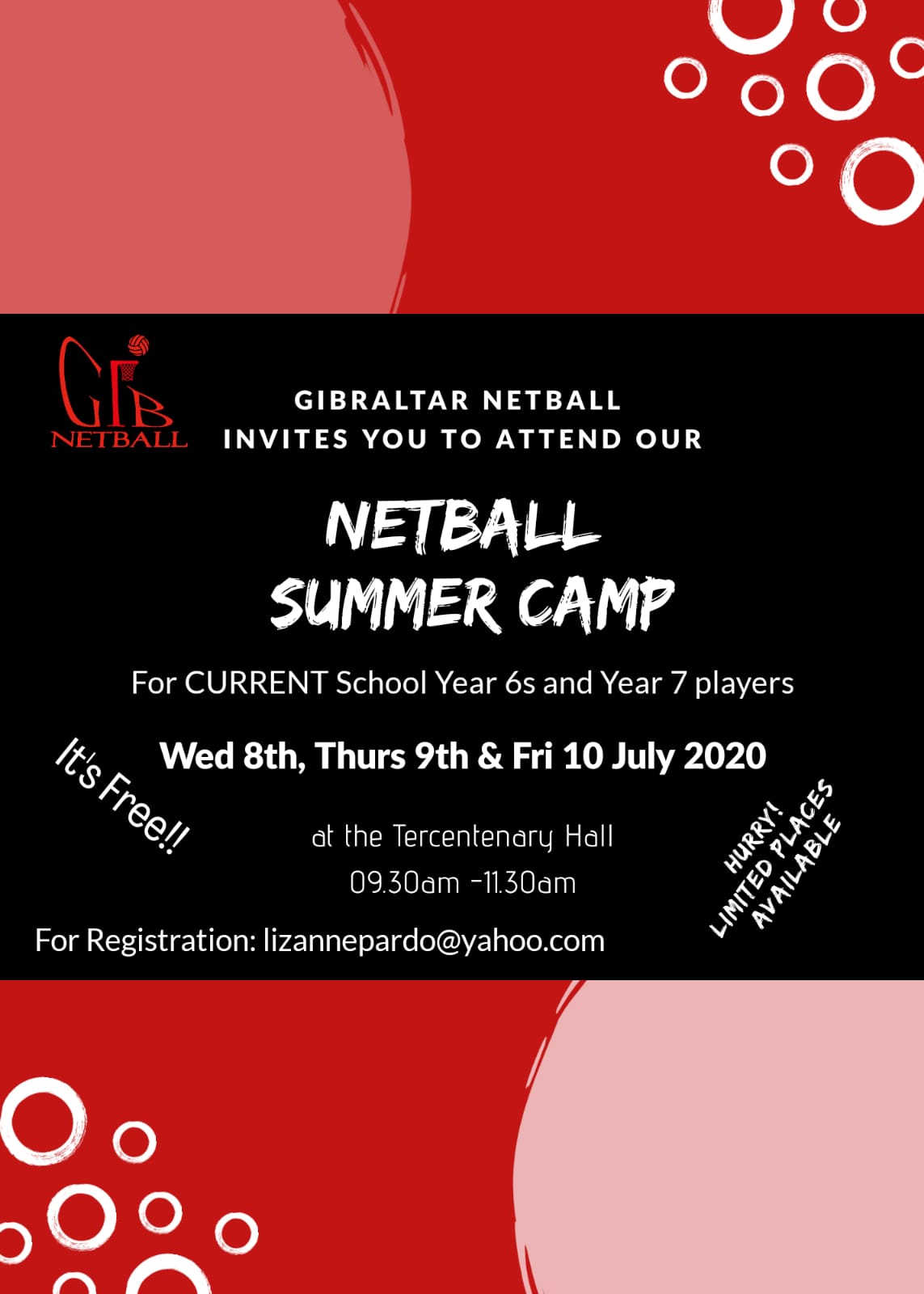