The Gibraltar Football Association has this Wednesday evening launched its new logo ahead of the national team’s opening UEFA Nations League fixture this weekend.
The launch which had been held back saw the association use its social media network and website to launch the logo via a video feature. This being the start of a campaign of digital content to promote its new brand and identity. 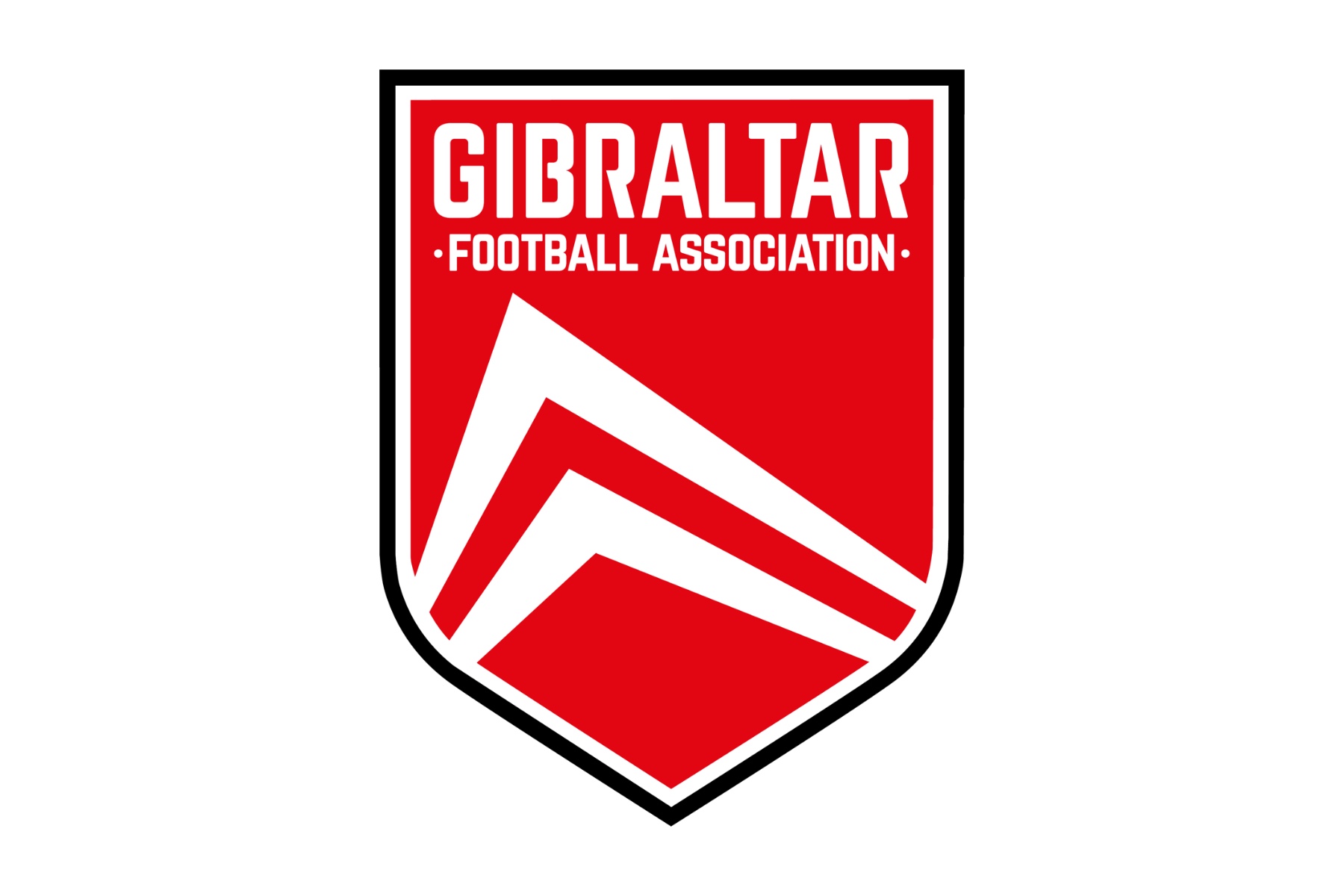 In a media statement issued at the same time as the launch the association stated:
“This year marks the Gibraltar FA’s 125th Anniversary. Unfortunately, due to the global COVID-19 pandemic and the direct effect that it has had on our community, the Association has been unable to stage its planned programme of events to celebrate this historic occasion.”
“Nevertheless, it was important that this landmark year be recognised with one significant change, and that it be introduced in time for Gibraltar’s upcoming UEFA Nations League campaign this Saturday at the Victoria Stadium.”
“Working closely with the UEFA Grow programme, which aims at developing ‘Football Federations of the Future’ amongst its 55 members, the Gibraltar FA embarked upon an in depth project to redesign its logo and visual identity with UEFA’s industry experts’ research into the current logo laying the foundation for both the design work and its overall look and feel.”
“In scoping and researching the new logo, the Association was clear that its new visual focal point should be intertwined with iconic imagery of our beloved nation, and reflect a modern, forward-thinking visual and corporate identity to drive the Gibraltar FA into the new decade and the next generation.”
“Ever since football has been played at the Victoria Stadium, one landmark vision of Gibraltar has always stood out. The view of the Rock of Gibraltar, from the centre circle. The Rock has watched over generations of footballers who have filled Gibraltar with pride, from the old Nortex, gravel and sand based pitches in the 1950’s and 60s, through 70s and 80s and then in to the 90s and the first artificial surfaces, with various visiting teams and the unforgettable Sunshine Games right through into the new millennium and ultimately the modern age of UEFA and FIFA Membership.”
‘In the first competitive International as UEFA and FIFA Members at the Victoria Stadium, in 2018, Gibraltar National Team Head Coach, Julio Ribas, asked his players and staff turn to face the Rock as they sung the National Anthem and this has now become a key part of the National Teams pre match ritual, with any fans replicating this act.”
“Therefore, using a modern design on the angle of the Rock of Gibraltar, as seen from the Victoria Stadium, the Association’s new logo features two vertically pointing chevrons or ‘arrow-heads’. The symbolism of the two chevrons represents the ‘old’ and the ‘new’. Into a new decade the Gibraltar FA faces new challenges. Challenges that it is duty bound to undertake as the standard bearer for Gibraltarian Football. In doing so the Association must not forget all the work that has been done in the last 125 years in which football has played an enormous part in the growth and development of our wonderful community.”
“We Gibraltarians are people who no matter what, never give up, a people who for hundreds of years have never surrendered in the face of all sorts of adversity. Our actions and behaviour during our current battle against the deadly COVID-19 virus is another example of this. Our frontline workers and respective authorities have defended our community without hesitation and in exemplary fashion.”
“Gibraltar’s footballers are no different, they bleed red and white and will now defend our nation wearing ‘The Rock’ on their chests, displaying same courage, desire, passion and pride as generations of footballers before them always did.”
Ivan Robba, Gibraltar FA General Secretary stated:
“The new logo is a key part of launching the Gibraltar FA into a new, modern and professional sporting Association. We were very clear that we wanted a unique and relevant new identity that is in keeping with global footballing trends but simultaneously reflecting the Association’s core values and principles. The iconic image of the Rock of Gibraltar watching over the Victoria Stadium has, for decades, inspired generations of Gibraltarian Footballers and the further this concept was developed the clearer it became that this needed to be central to our new identity. The two upward pointing chevrons on the logo represent the Gibraltar FA moving into a new dawn without forgetting the sterling work that has been done by everyone involved in the Association since it was founded in 1895. From now on, wherever a Gibraltar National Football team take the field of play they will be wearing the Rock of Gibraltar on their chests.”
Zoran Laković, UEFA’s National Associations Director commented:
“We are delighted to see the Gibraltar FA rebranding itself as a launch pad into the next decade. The new logo, featuring the spectacular Rock of Gibraltar clearly shows that the Association has the passion and commitment to grow and develop Gibraltarian football whilst at the same time never forgetting the core values that make it one of the oldest Football Associations in the world.
Image is one of the core pillars of UEFA Grow Programme and I would like to congratulate the Gibraltar FA on the brilliant work that has been done in researching, developing, designing and creating this amazing new visual identity and brand for the Association, and we look forward to seeing it worn with true Gibraltarian passion and pride in football stadia across Europe.” 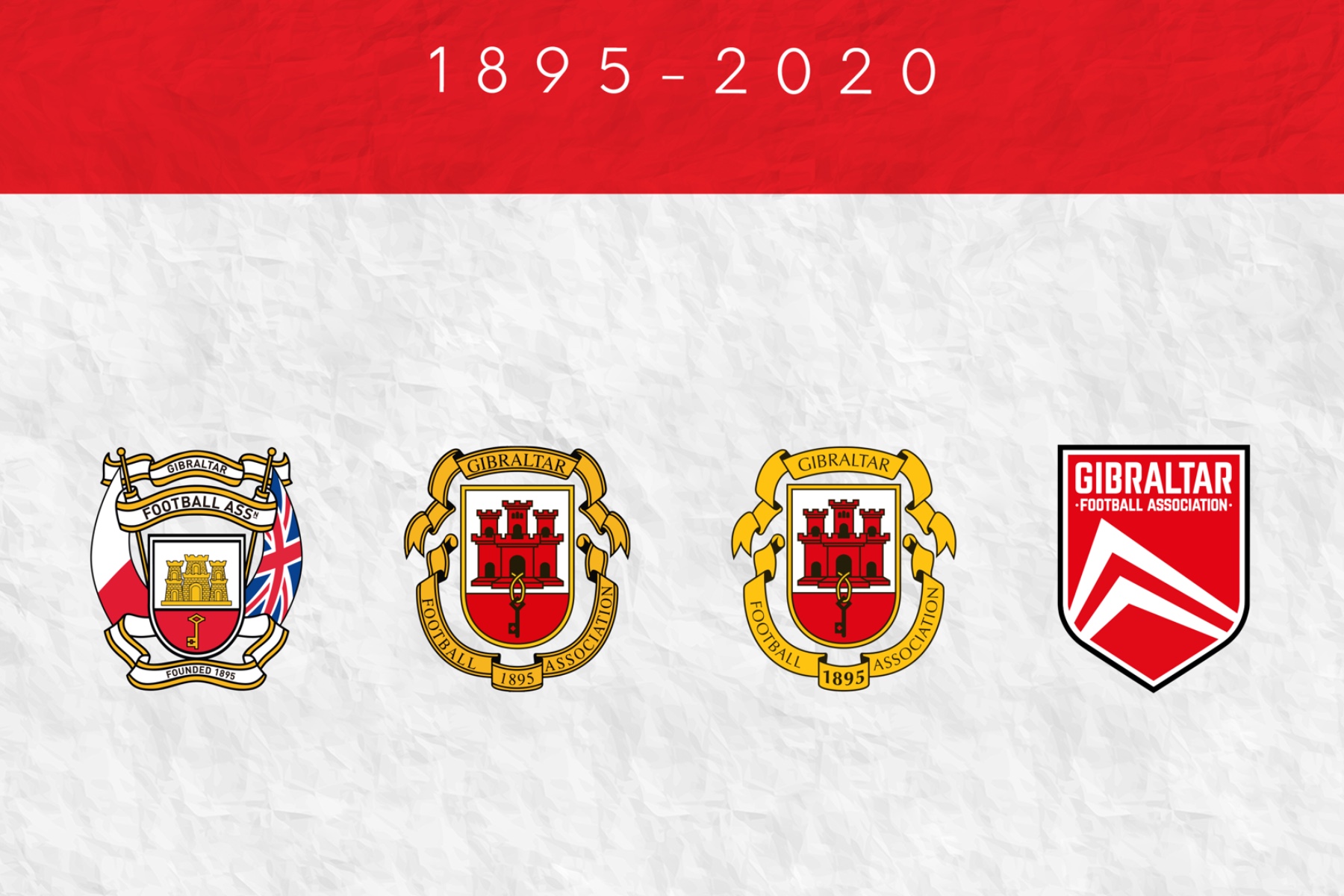