Craig Gill send out a confidence boosting signal to Gibraltar athletics with a new youth national record.
The young athlete, presently studying in the U.K. has kept up with his track exploits breaking the Gibraltar National record for the 60m indoor sprint.
A 7.16second run in the City of Manchester Open meeting saw him break the under 20 and under 23 national record in this distance.
The new record is among the first this year at a time when Gibraltar’s track season has been send into turmoil due to continued delays in the completion of Lathbury facilities and a lack of track events.
The new record signals some continued hope that the younger athletes continue developing, albeit many now running abroad with many competing whilst studying In the U.K. or for those in Gobraltar venturing into Spain to train and compete. 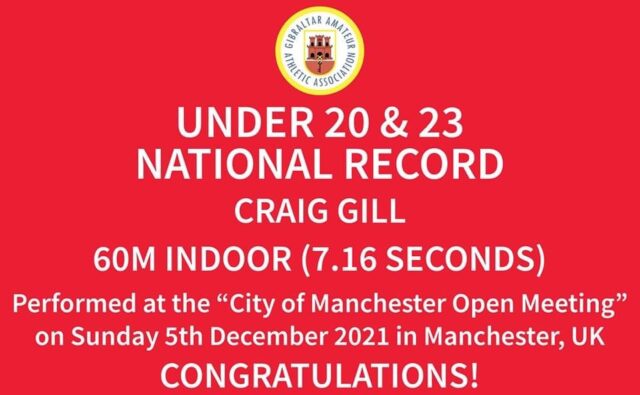