On Wednesday 15th January the Gibraltar Darts Youth Academy hosted their first Ranking event of the 2019/20 season. The ranking took place at the “George Federico Darts Hall”, the new home of darts in Gibraltar.

It’s been a few years since the Youth Academy had seen such a healthy turnout for their ranking events, a total of 23 youngsters participated, of which 15 made their debuts.

It has now been confirmed that the 2020 European Youth Cup will take place in Budapest, Hungary. The top 4 players from the rankings at the end of the season will be the 4 players who represent Gibraltar at this event.

10 year-old Nico Bado claimed his first and the first ranking title of the season and by doing so he made history by becoming the youngest ever winner of a GDA Youth ranking event.

Another piece of history was made on the night as 9 year-old Tarika Ward became the youngest female player the GDA has ever had, and she even managed to win 3-0 on her debut. 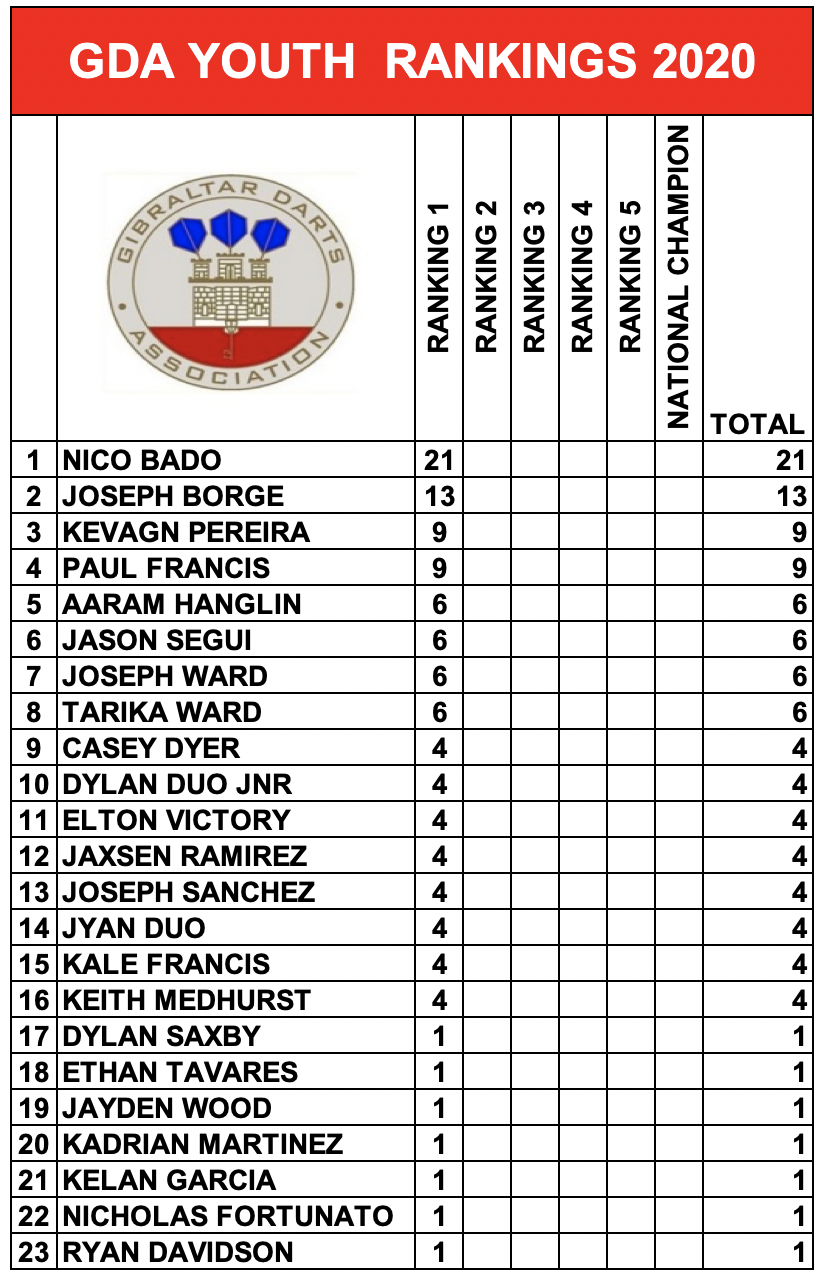