Noah Segui was awarded the Sea Scout of the Year 2021 trophy at an awards ceremony held at the Sea Scouts Headquarters.

Runners up were Amiee Romero in 2nd place and Kevagn Pereira in 3rd place. 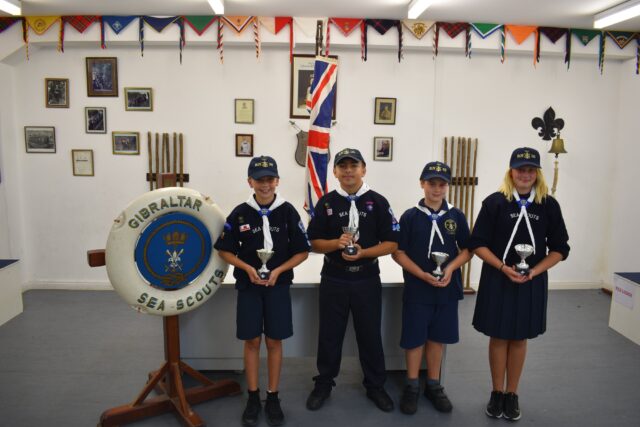 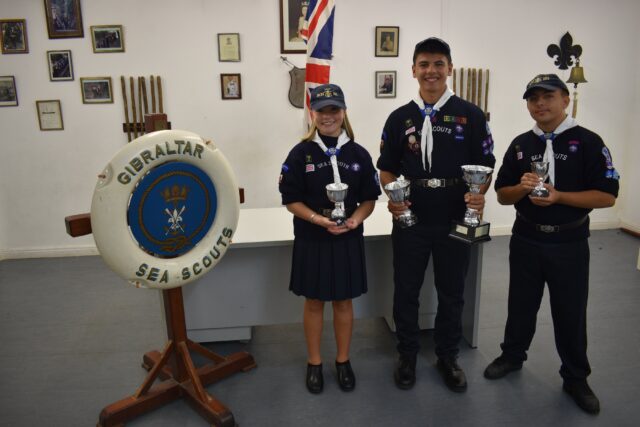 As well as awards for personal achievements, a Patrol of the Year award is also contested for. This year’s winner is Amazon Patrol.

The award is contested every year and is awarded to the Scout who, in the opinion of the Scout Leaders, has achieved most in all aspects of scouting.

The Gibraltar Sea Scout of the Year award is now in its 44th year and was first presented in 1976 to John Mascarenhas.

Both Noah Segui and Kevagn Pereira will now be moving up to our Explorer Section.