Dayle Coleing makes a save during Gibraltar's match against Norway. Photo by Johnny Bugeja

Gibraltar’s first international since November 2020 came under the spotlight as Norway’s national team used the qualifying game for next year’s World Cup in Qatar to make a statement about human rights in the Gulf nation.

Norway beat Gibraltar 3-0 during an intense game in which Gibraltar's goalkeeper, Dayle Coeling, delivered a sterling performance that denied numerous opportunities to the visiting team.

As they lined up ahead of the game, players wore t-shirts over their national-team jerseys that had the message “HUMAN RIGHTS Respect on and off the pitch”.

Norway coach Stale Solbakken also wore the t-shirt under a jacket, with the message clearly visible.

The players wore t-shirts with a similar message during the warm-up session too. 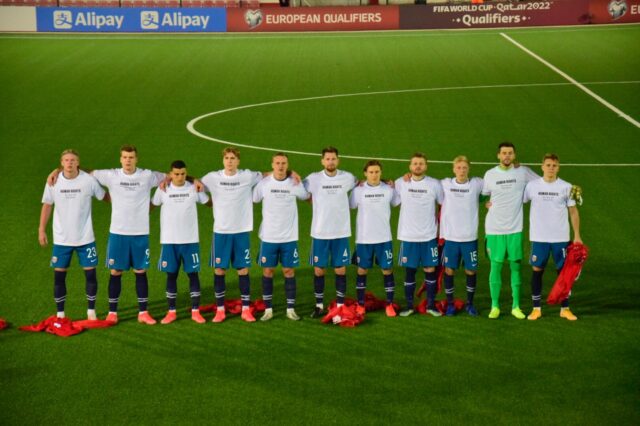 Wednesday’s game in Gibraltar was played under the shadow of increased pressure from Norwegian clubs for their FA to boycott the World Cup finals if they were to qualify.

Clubs such as Rosenberg BK, Tromsø, Odds Ballklub, Strømsgodset, Viking and Brann have declared their support for a Norwegian boycott.

A meeting held earlier in March by Eliteserien sides saw a vote of 202 against 46 vote in favour of the move to boycott the World Cup finals as clubs raised to the forefront their concerns over Human Rights issues surrounding the host nation Qatar.

A final decision is expected to be made later this year when the Norwegian FA hold their Annual General meeting.

Speaking after the match Mr Solbakken explained that the protest had been aimed at the “how workers were being treated” in Qatar.

In a post-match press conference conducted in Norwegian and only giving the local media an opportunity to table just a couple questions, he claimed the team was trying to raise awareness at the “rights lost that you and I take for granted”. 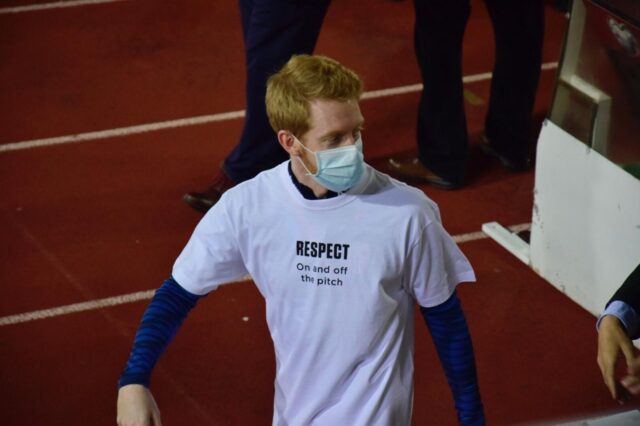 Mr Solbakken said he hoped Gibraltar would take the same position in its next matches.

But Norway’s protest drew a lukewarm response from the Gibraltar FA.

Gibraltar’s head coach, Julio Ribas, said football should not be politicised and that his players should not get involved in such protests.

"They were there to play football and not politicise a match of football,” he said.

The match came a day after FIFA released its Human Rights Advisory Board’s (HRAB) final report, which summarised “the progress made over the last four years and considers key areas of work and recommendations by the HRAB since the publication of the previous report in early 2020.”

Whilst FIFA welcomed the acknowledgement of its human rights work by the international experts who were on the HRAB, it “recognises that there is still more to do.”

“In this respect, FIFA has recently strengthened its internal resources in this area with the creation of a dedicated Social Responsibility and Education Division, which has responsibility for human rights, anti-discrimination, and child protection and safeguarding,” it added.

“FIFA is also proposing to create a new human rights sub-committee as part of its Governance Committee, with independent experts having a specific responsibility to focus on this area.”

“In addition, FIFA will continue to support human rights work through stakeholder engagement groups and with ad hoc working groups comprising specialists in the field.”

“In line with its Statutes and Human Rights Policy, FIFA remains steadfast in its commitment to protect and promote human rights across football, and to use the popularity of the sport to make a wider positive impact in the lives of people around the world,” FIFA said in a statement.

Norway’s national squad arrived in Gibraltar just hours before the match, using their training camp in Marbella up to the last minute.

Although speculation over players such as Haaland had been raised after concerns over whether he would be forced to quarantine on his return to Germany, this were soon dismissed late on Wednesday afternoon as his name appeared on the squad list.

The necessary assurances and documentation obtained reducing the pressure from clubs. 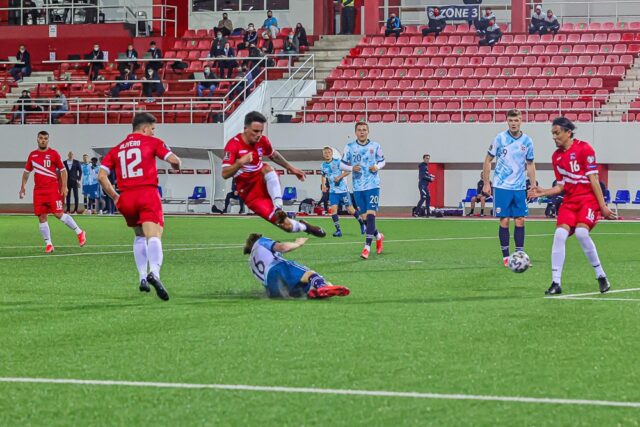 They were to arrive at the Victoria Stadium just moments after the Gibraltar national squad with the area of the World Trade Centre leading into the stadium cleared as security was tightened around the stadium.

This was not to prevent a youngster invading the pitch during Norway’s warmup and getting among the players on the pitch. The young lad escorted out of the stadium by security.

With Turkey, Norway’s next opponent in Malaga on Saturday beating group favourites Netherlands 4-2 that same evening, the match against Gibraltar became more crucial for the Norwegians hopes.

Lining out with the likes of Haaland and Odegaard Norway presented a formidable opposition against Gibraltar. 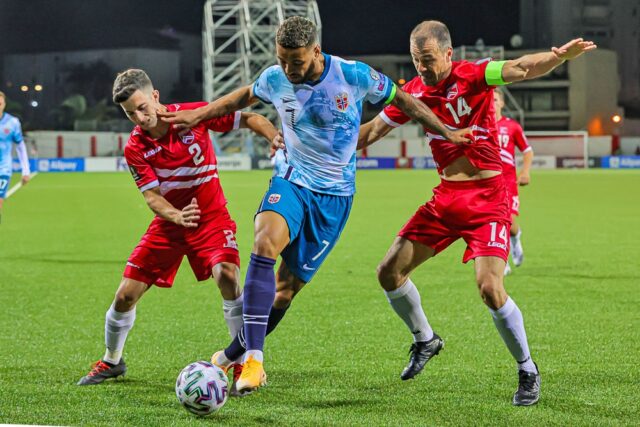 Norway was, however, not to count with an inspired Dayle Coleing performance.

The Gibraltar keeper received huge praise as he performed heroics in goal keeping Norway at bay for the better part of the first half.

Two goals in the final minutes of the first half the only thing Norway had to show by the half time break after putting Gibraltar’s goal under siege. 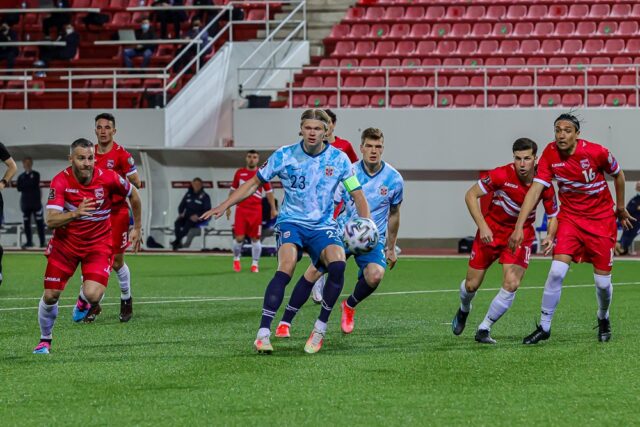 The Gibraltar keeper playing for Glentoran in Northern Ireland had not been able to keep the clean sheets he had many a times done with his club this season.

Gibraltar faced an onslaught in the second half with the third coming soon after the resumption of play. With Norway already at 3-0 they, however, did not have to face Haaland and Odegaard both substituted and rested for the match against Turkey.

Ribas showed his trust in his upcoming youngsters as he introduced youngster Julian Valarino to replace Lee Casciaro with ten minutes left in the match.

The young player making his debut immediately in the thick of the action. Gibraltar finished with just three of its old guard on the field highlighting how the squad was building onto the future.

Only conceding the one goal in the second half to finish with a reasonable 3-0 defeat rather than the much-expected hammering some had forecast.