Ochello names his squad for Switzerland 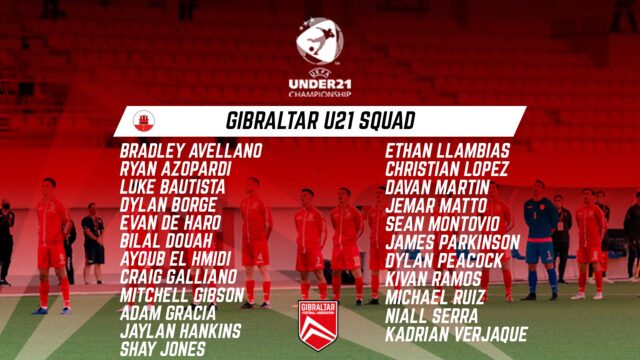 The Gibraltar Under 21 coach David Ochello has today named his 23-man squad for the double header against Switzerland this month.
Although selectors have had to work around the senior squad selection where a number of players still eligible to play for the under 21s have been selected, Ochello’s squad has a number of key players who could just as easily have also made the senior squads.
Dylan Borge, Jaylan Hankin, Craig Galliano, Christian Lopez, James Parkinson, Ayoub El Hmidi and Dylan Peacock are among notable selections all presently playing regular senior football.
Jaylan Hankin has recently been first choice keeper for Cordoba, whilst Christian Lopez has been a regular for Europa.
Dylan Borge and Craig Galliano also impressed last season with their respective clubs with both Parkinson and El Hmidi making some headlines themselves.
Gibraltar’s under 21 will first play this Friday against Switzerland (away). They will then host their opponents at the Victoria Stadium on Tuesday.