In this week’s travel feature, Ashley Maer visits Olvera for a weekend break.

By Ashley Maer
It was a Friday afternoon at 4pm and eager to beat the traffic at the frontier — we jumped in the car and typed Olvera in the sat nav.

Just over two hours later we arrived at the quaint little Andalucian village and were greeted by a soaring cathedral and imposing Moorish Castle that kept a watchful eye over its inhabitants.

We had come to Olvera for three reasons: to get away for the first time in months, to cycle the Via Verde and to eat our body weight in tapas.

And we accomplished all three goals. 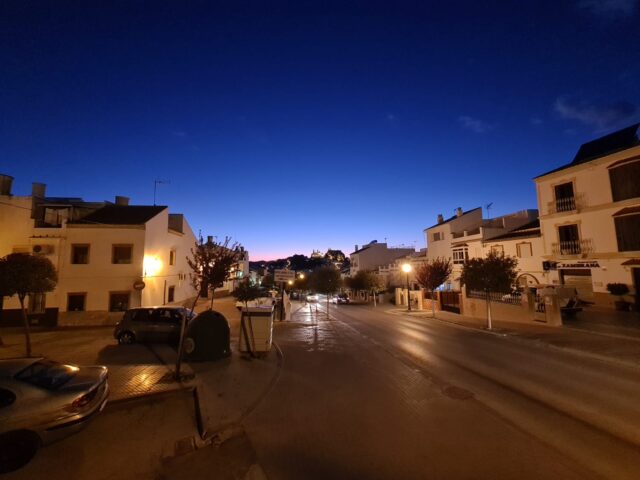 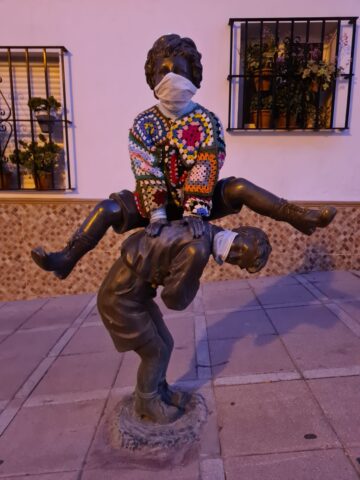 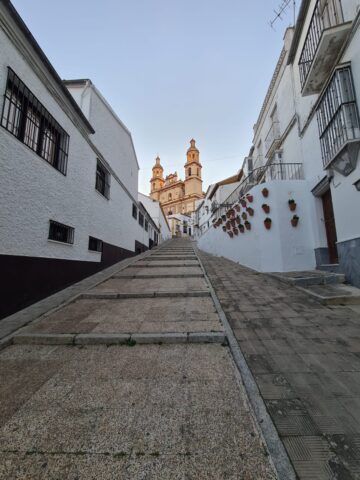 We stayed in a cosy family run place called Pension Medina close to the centre of the village, which cost us 30 euros a night and was run by a chatty Spanish lady who couldn’t have been more helpful.

After a quick change, we headed out in search of a tapas bar and found Cerveceria de los Arbolitos.

One thing we quickly noted here is that tapa portions are somewhat generous. We were advised to halve our order by a waiter, whose raised eye brows suggested we had ordered too much.

He was right — and after filling our boots with tapas and a few small beers, we paid just 22 euros.

Up early the next morning, we wandered down to hire bikes from Sesca 09, where we paid 12 euros per bike for the day, not bad at all.

And then we set off on our bicycle adventure with possibly less sun cream than we should have.
La Via Verde de la Sierra

For those who don’t already know, the Via Verde is a 36km-long former railway line that links Olvera with Puerto Serrano, and passes through Coripe.

However, the line was never finished and no trains ever ran along this eye-wateringly beautiful route.

Lucky for us, the route was flattened for walkers and cyclists and has become one of the most remarkable experiences in Andalusia.

It has viaducts, tunnels and a few train stations converted into watering holes along the route.

So armed with our rental bikes we set off from Olvera’s train station and headed to Puerto Serrano.

The route is also part of the Camino de Santiago’s Via Serrana, so you’ll see a few yellow arrows along the route, pointing you in the direction of the Galician city.

After a much needed coffee stop in Coripe, we arrived in Puerto Serrano train station just over two hours later, where we stopped for more generously sized tapas.

Then there was just the problem of cycling the 36km back to Olvera before the bike shop closed at 5pm.

Most of the tunnels had automatic lights in them, but it’s best to bring your own torches if you can. One 900 metre long tunnel on the way back didn’t illuminate until we were two-thirds of the way through, meaning we had to cycle in pitch black using the light from our mobile phone torches to see.

And bring cash! We were 15km from Olvera and dying on our feet when we decided to stop for water, coffee and a rest — but the cafe didn’t accept cards, so we begrudgingly had to carry on empty handed.

Another point to note, is the route is slightly uphill on the way back, so we were exhausted by the time we finished.

Anyway, after returning the bikes and freshening up, we set off to explore the old town, which is found within the old Moorish walls of Olvera. 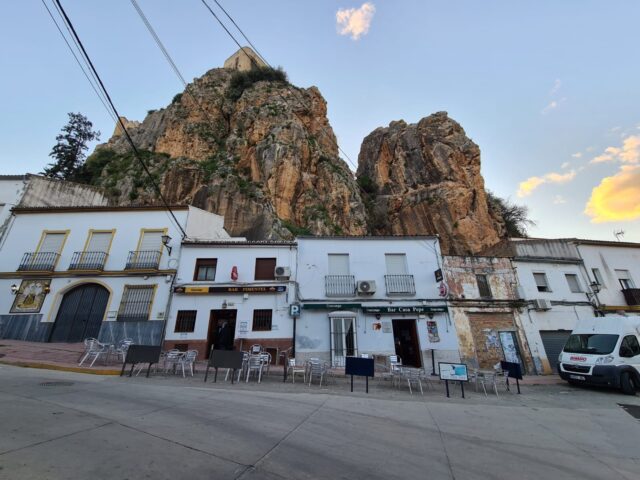 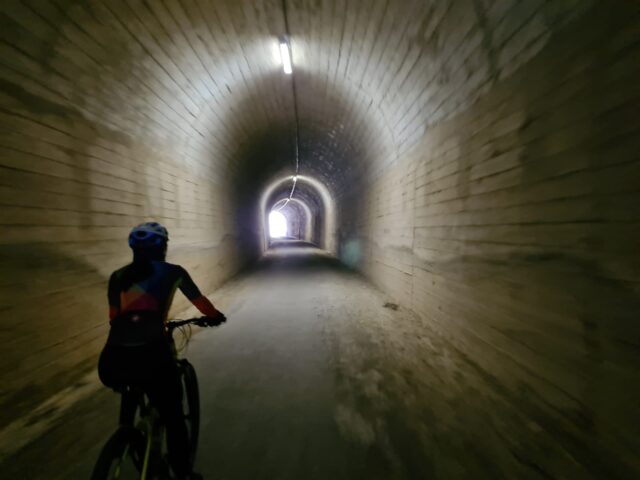 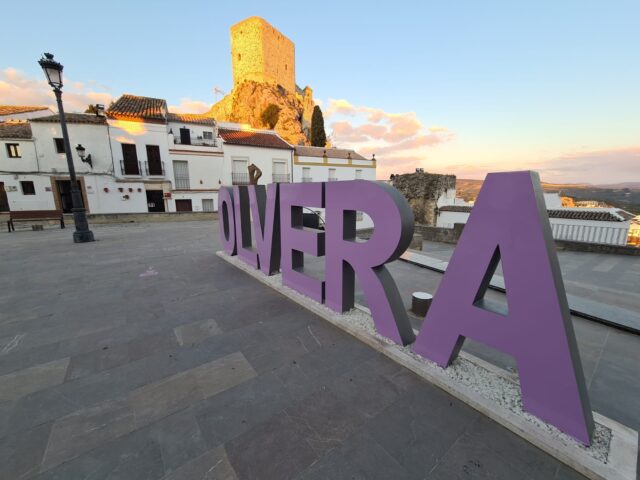 We took some snaps around the cathedral then headed to a modern looking tapas bar called Bodeguita Mi Pueblo.

The tapas were mouth-watering. Highlights included the ‘langostinos mi pueblo’, the pluma and the pork and apple croquetas.

Washed down with a few glasses of vino, the entire meal came to 42 euros — an absolute bargain!

The following morning we had a gander around the Moorish Castle, which was built at the end of the 12th century on the site of a strategic rock.

Two euros each lighter, we entered the castle and were rewarded with some great views of the village that budding photographers will enjoy.

We also had time to visit the Rock of the Sacred Heart of Jesus, a steep public garden with birds, flowers and a big statue of you know who with his arms raised at the top of the rock. 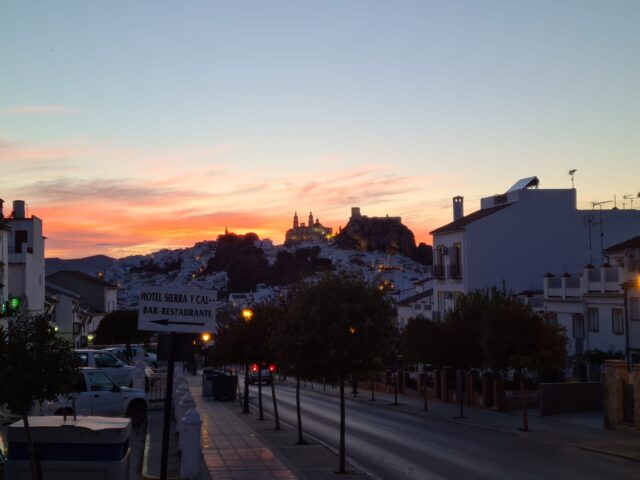 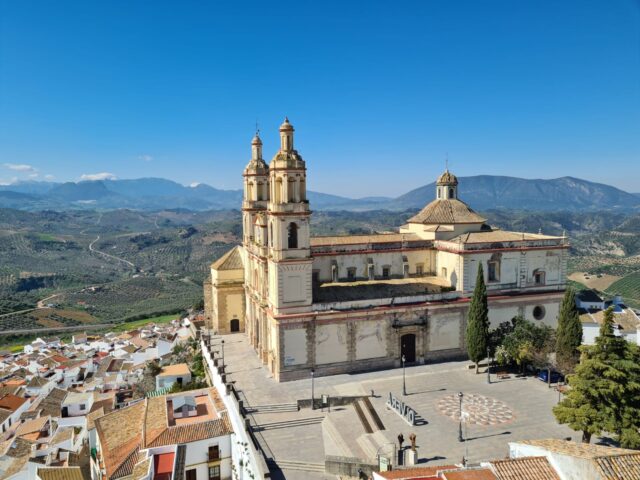 Apparently Olvera was notorious in the past as a bandit refuge and was made famous by the Andaluz saying: “Kill your man and flee to Olvera!”

Well, I’ve never heard of that and, murder aside, we left on the Sunday wanting to flee to Olvera again soon with friends.

So they must be doing something right.