Today is World Earth Day and this year’s theme is ‘Restore Our Earth’ which focuses on natural processes, emerging green technologies, and innovative thinking that can restore the world’s ecosystems.

The Chronicle aims to run a series of articles bridging World Earth Day to World Ocean’s Day on June 8 that hope to help address the various ways people can ‘Restore Our Earth’, starting with clothing.

Fashion Designer Charlene Figueras last year decided to minimise her wardrobe with the hope it would change her mindset and find a different approach to clothing.

The challenge, called Project 333, is to wear only 33 items of clothing – essentials aside - for three months. The aim is to learn to live with less.

She took a break from the challenge after Christmas but is back doing it now. 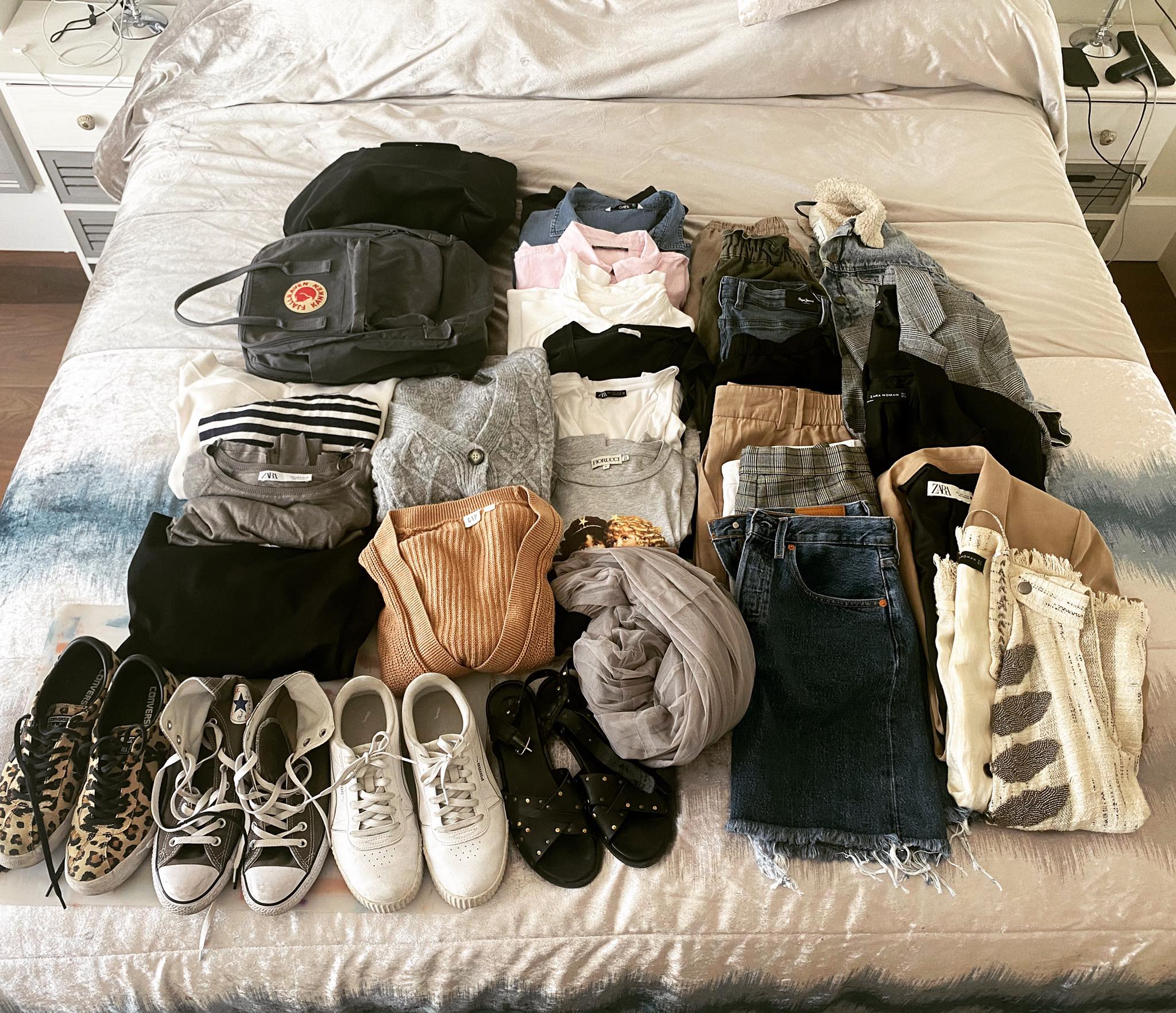 “As from April 1 I put together my new 33 items for the three months,” she said.

She added: “I really enjoyed it, I super enjoyed it. I found it difficult, I am not going to lie but I was able to find that amongst the 33 items there was a lot of choice and I could mix and match it, it was easy and I didn’t have to think about it too much in the mornings.”

“It was something I forgot I had to do because it was easy. It was something in the past I had to put a lot more negative energy into it because you put something on and you have this ‘oh I don’t like how this fits’ and the huffs and the puffs. They are negative feelings and I have two children so I need to spend my time wisely in the morning.”

She admits one difficulty has been the sporadic temperature changes but if she found herself in a pickle she would go back to her wardrobe and get something else as the challenge is also about not stressing over clothing.

She also brought pieces from the first 33 into this 33 which indicates that some items are great investments and the cost per wear is low.

In addition to Project 33 she pledged to buy less last year and continues this goal in 2021. While she has bought a new item such as a pair of Hunter wellington boots, these are investment pieces that will last years as they are good quality.

She also received a Barbour jacket from her husband for Christmas, again an investment piece that will last years. Replacing items that have been worn and are no long sufficient or has had its life span with investment pieces is also recommended.

This leads her to the topic of fast fashion, a global issue that is fed to us by adverts that are flashy and beautiful and capture our attention.

“Every season is aspirational because they bring it before the season and you are kind of excited for the season,” she said.

She admitted as a photographer and the fact that she loves that type of marketing she is in a predicament at times.

“When I am photographing something lifestyle or something with models or with fashion I am almost part of the game and the promotion of it,” she said.

According to the UN Alliance for Sustainable Fashion, fashion was responsible for 8-10% of global carbon emissions in 2019.

The UN also stated that over 21 billion tons of textiles are sent to landfills each year with other statistics indicating that three out of five fast fashion items end up in landfill within a year.

In addition, the consumption of water and the use of pesticides and insecticides to produce these items are high.

Another element Charlene would like to see return to everyday homes and life is swaps.

“I do it with my family, I say I don’t like this or I am not using this anymore do you want it?” she said.

“I certainly do it with my children’s clothing.”

She also gives items away sometimes to charitable causes or families in need.

“I give it away to people who put call outs on Facebook or charitable causes or to family. It always goes somewhere and hopefully I hope it gets reused and re-loved,” she said.

She believes that swapping clothing has to become more ingrained and acceptable in everyday life.

She thinks if people who are important in the community or influencers promote this it will have a positive effect on how people view second-hand clothing.

The fashion designer also one day hopes to create some lines from upcycled pieces, but as her children are still young having the time to sew these at present is difficult.

Her top five tips to being more sustainable with clothing are:

1. Look for a new home for your unwanted items
2. Create a capsule collection for each season with not necessarily new items but spend some time in your wardrobe looking at what you have and what you use and then if you need to buy a few items then do it around what you already have
3. Looking at where you buy your clothes, sustainable clothing as opposed to fast fashion
4. Looking at more investment pieces that you could hand down to children or others
5. Take care of how you wash your clothes, read the labels

Charlene’s sister Lizanne Figueres is also keen on sustainable clothing and has recently launched Indie Baby which is currently promoting that this week is reusable nappy week.

She has designed nappies for babies that are suitable from 4.5kg to potty training with adjustable snap fasteners.

This was fuelled by her realisation that every disposable nappy ever used is buried in a landfill somewhere and that the idea of something being disposable an illusion.

But reusable nappies is not only one way Lizanne is pushing for change within items people wear she wants the washing machine industry to change too.

“But, it is up to us to be conscience about it and go out of our way to buy an expensive filter that will fit in. I would rather pay a bit more and have the filter already built in.”

Charlene and Lizanne’s other sister Rebecca is also keen on making positive environmental changes. She highlighted that in Spain there are clothes bin, typically red and located next to the recycling bins, that are run as a business but where people who have clothes they no longer want or fabric they no longer use they can be placed in these bins and reused by someone else.

“There is a business that comes around, gets the clothing and maybe sells them off to somewhere else but it is a very good way to encourage people to put the clothing and to not put it in the bin,” she said.

“They could distribute clothing to those who need it or if its fabric sell it to students for something like a pound,” said Rebecca.

“What you need is a team of three people sorting it out, dismantling the clothes, sorting out the buttons, dismantle the fabric and you can make scrunchies for your hair for example.”

“It’s a creative process and you can create more work and get young people making scrunchies, t-shirts or things out of the left over fabric. It would make people think what can I do with this,” she added.

She recalled that her Mum made her an umbrella sack for the beach out of an old pair of denim jeans many years ago and she uses it still.

In many other countries especially places like Japan second hand clothing is very popular because people are given variety. Vintage shops in large cities such as Paris, London and Sydney are also very popular.

“In Japan it is part of their culture,” said Rebecca.

Lizanne added people need to “go back to the days when we used to repair clothes”.

Rebecca noted that they are decently priced tailors and sewing lessons in Gibraltar.