Opening wins for Calpe and Tarik in indoor Cricket

Indoor cricket started its second season since it was launched last year at the new Europa Sports facilities, the new home of Gibraltar Cricket.
With matches now live-streamed and cricket upping its social media presence the indoor cricket season started well. In the first day of competition both Calpe Giants and Tarik CC came away with wins.
Calpe defeated Hardings Hurricanes by 1 wicket in a close affair, whilst Tarik went on to beat the Pirates by 48 runs.
Matches could be seen livestreamed bringing the indoor game to the screens at home for those who could not make it to watch.
Crickets has upped its game on social media with a good strategy which is providing supporters of the sport locally with relevant up to date information and bringing the sport to the forefront once again.
Among its many social media information posts were the previews of teams competing in the indoor cricket league which provided for some interesting reading for those not fully up to date with local happenings.
These are the team previews as publicised by Gibraltar Cricket -

Calpe Giants once again head into the new indoor season tipped as one of the favourites to take the title. Having only just fallen short last time around whilst leading the net run-rate charts The Giants will be keen to dominate from the off with both bat and ball…

A strong squad containing plenty of homegrown talent combines youth and experience well.
Lead by the irrepressible Paul Edgeller, and containing the likes of wonderkid Louis Bruce and spin sensation Charlie Harrison Calpe are sure to be a daunting prospect for most teams!

You can’t stop the wind when it’s blowing was the motto as last seasons surprise package saw Hardings Hurricanes take the league by storm. With their hard hitting gung-go style of play, 9 wins from 10 and a near perfect season was achieved…

Benefiting from an impeccable recruitment policy, the Canes will be hoping they can unearth more hidden gems as the season progresses.

One gem already in the ranks is the evergreen Dave Robeson who won 20-21 MVP, and will once again be looking to lead Hardings to another title!

Rogue by name, rogue by nature the Pirates are everyones love to hate team.
With chief troublemakers Garratt and Nestor leading the line plus a number of new acquisitions Pirates will look for a strong start against Tarik on Wednesday night where old rivalries will be reignited…

However, key to any success this season could rely upon the performances of Kieron Ferrary. With his smart handy-work behind the stumps and intelligent batting, Pirates Fans are sure to be buoyed by the news of his return!

After a promising start to the 20-21 indoor campaign Tarik’s season quickly unraveled. Having divided the squad into two, the other of which playing under the title of Lathbury, it subsequently resulted in a 3rd place finish having at one stage being genuine title contenders…

Putting their disappointment behind them Tarik will be looking to take advantage of a large pool of players this time around having re-merged with Lathbury. However it will be the return of last years MVP runnerup Orfila which will boost confidence within the Tarik camp the most! 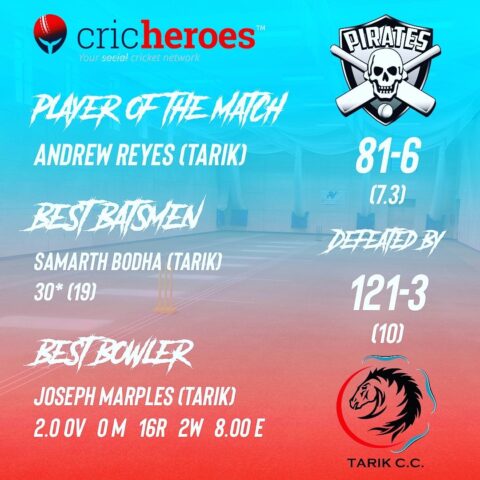 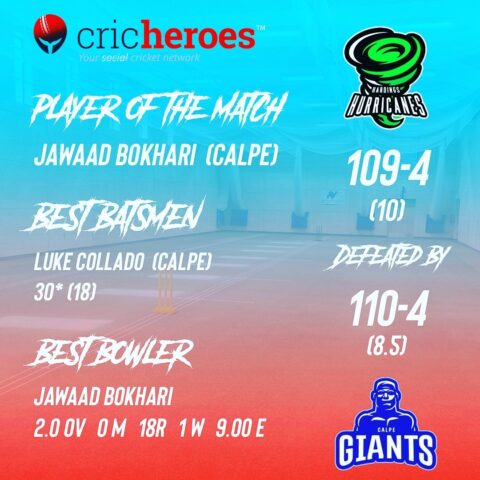