Over £20,000 raised for animal shelter after severe flooding

Over £20,000 has been raised for an animal shelter in Los Barrios by local foundation Animals in Need following severe flooding of the kennels last weekend.

Members of both Animals in Need Gibraltar and Maroc Atlas Gibraltar 4x4 helped rescue over 400 dogs and 100 cats from the shelter SOS Perrera de Los Barrios. 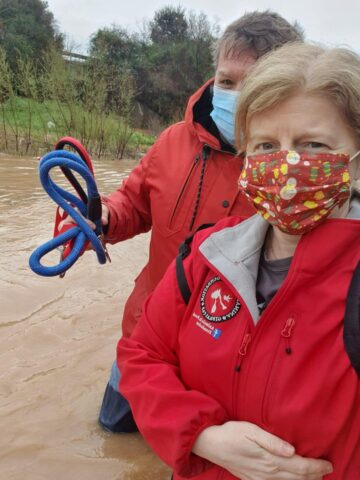 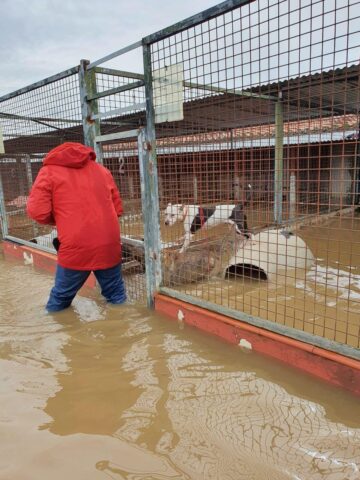 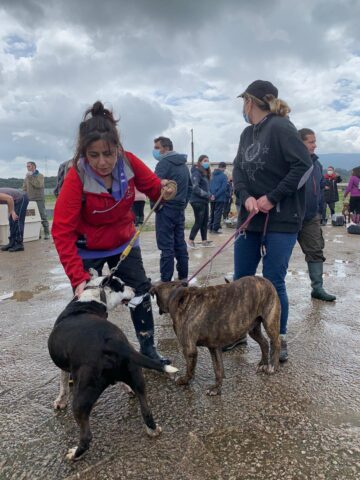 Gill Jones from Animals in Need explains they are working with the shelter, as they have for many years, and what the money is presently being spent on.

“We started the morning of the floods by being contacted just as an emergency because they knew we could take a number of dogs into private kennels just to get them out of the shelter, so a lot of the money will go towards them,” she said.

“I think 25 dogs were taken at the request of Los Barrios as they had nowhere to put them.”

“That will be paid for on an ongoing basis until the dogs can get rehomed, looked after by vets and treated for any conditions they might have underneath.”

“We are also at the same time liaising with Los Barrios who we have a long standing relationship with to see what they want done short term and longer term as well. But, at this time we are still in emergency mode. It is still about making sure the dogs are ok and safe at this point in time.” 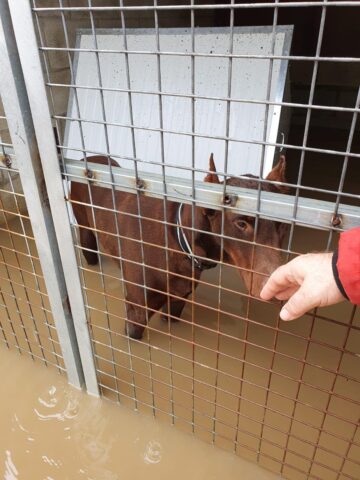 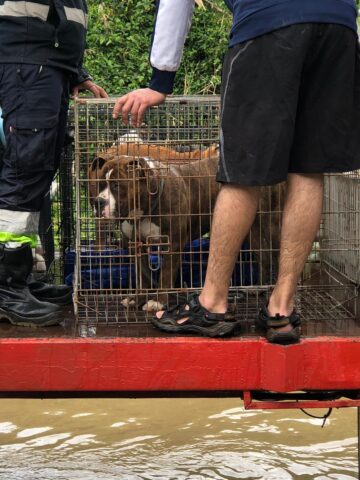 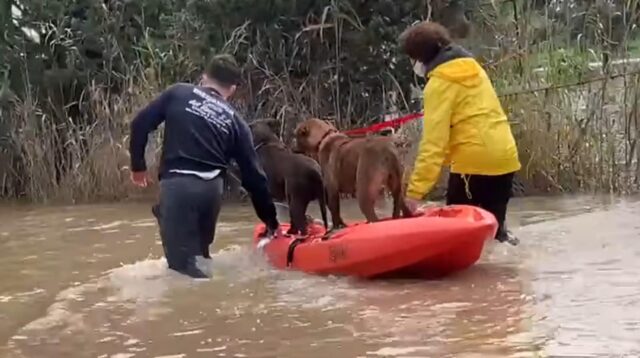 Some animals are on site at the shelter was not affected by the water but the vast majority were removed.

The dogs were initially removed from their kennels and taken to “higher ground” before a recon was done to see what the next move for each animal would be.

Some of the 25 days taken by Animals in Need foundation were taken to private kennels in Spain which have a great relationship with the local vet and others are in foster care both in Spain and Gibraltar.

Despite the rescues were one dog Krasti, who had been in the shelter 18 months and was due to leave for his adopted family in Germany this Friday, lost his life.

“He was due to start a whole new life with a whole new adoptive parents so its completely tragic that one actually drowned before people were able to help,” said Ms Jones.

“The dogs that they were taking out were shaking, they were cold obviously after been in the water for a long period of time. They were traumatised. We had towels and blankets on hand to get them warm.”

“They just wanted to get out of their kennels, when we were opening doors they were dashing out.” 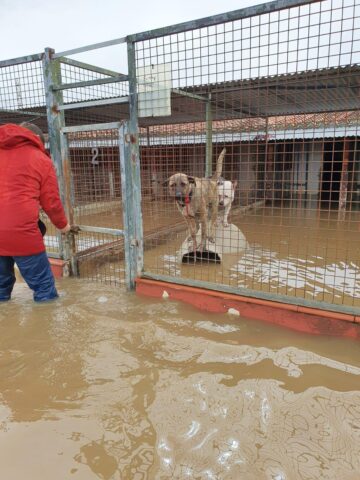 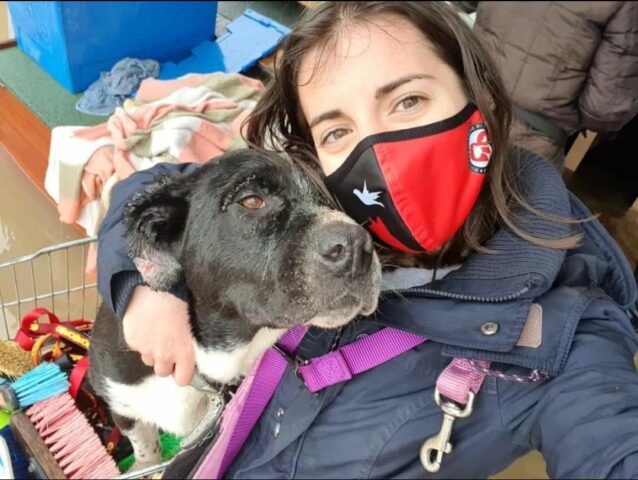 “All were looked at by a vet but you could see as soon as they got to dry land they were just immediately better and calmer. Some of them just went to sleep. You can imagine if we were in water for that length of time desperate to get out they were just shattered and exhausted,” she added.

When Ms Jones arrived at the shelter with her husband she waded through water that was above her waist. She was one of many who were getting wet in a bid to rescue the dogs. She noted that some 4x4 cars were not getting through and people had boats, the Guardia Civil brought a RHIB and a man had a paddle board.

“People were just desperately trying to get to the dogs and it was just horrendous,” she said.

It was not only the worse she had seen it but also the experienced hands who had been involved for years stated the same. Some dogs stood on top of their dog box within the kennel to get out of the water.

Towels, blankets and food are also needed and there are drop off points in Gibraltar that will accept these items, contact the foundation for up to date details.

Aside from donations, Animals in Need are looking for foster parents or people who are willing to adopt them and stress the importance of ‘Adopt don’t shop’.

“So many dogs, so many grateful dogs that came out of that water who were just so happy to be rescued and they would make wonderful pets for people and very much it is great to rehome a dog,” said Ms Jones who has fostered ten dogs in the last year.

“Each one of them has brought something unique to me and my family so I strongly encourage people do to that. There is a dog out there for everyone.” 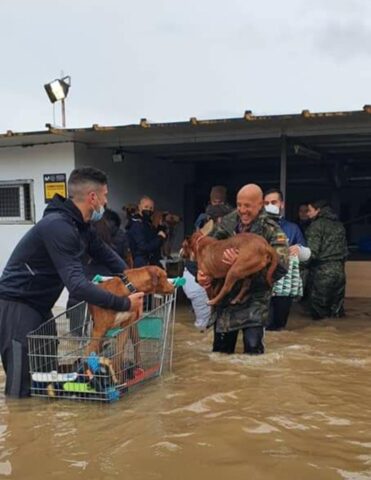 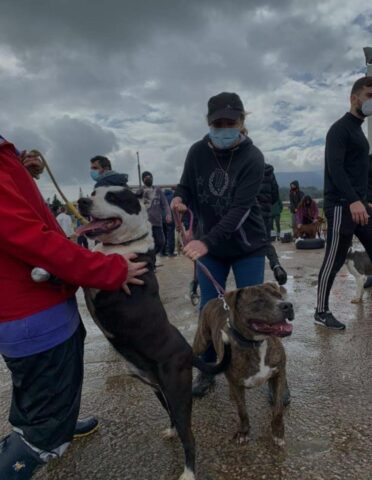 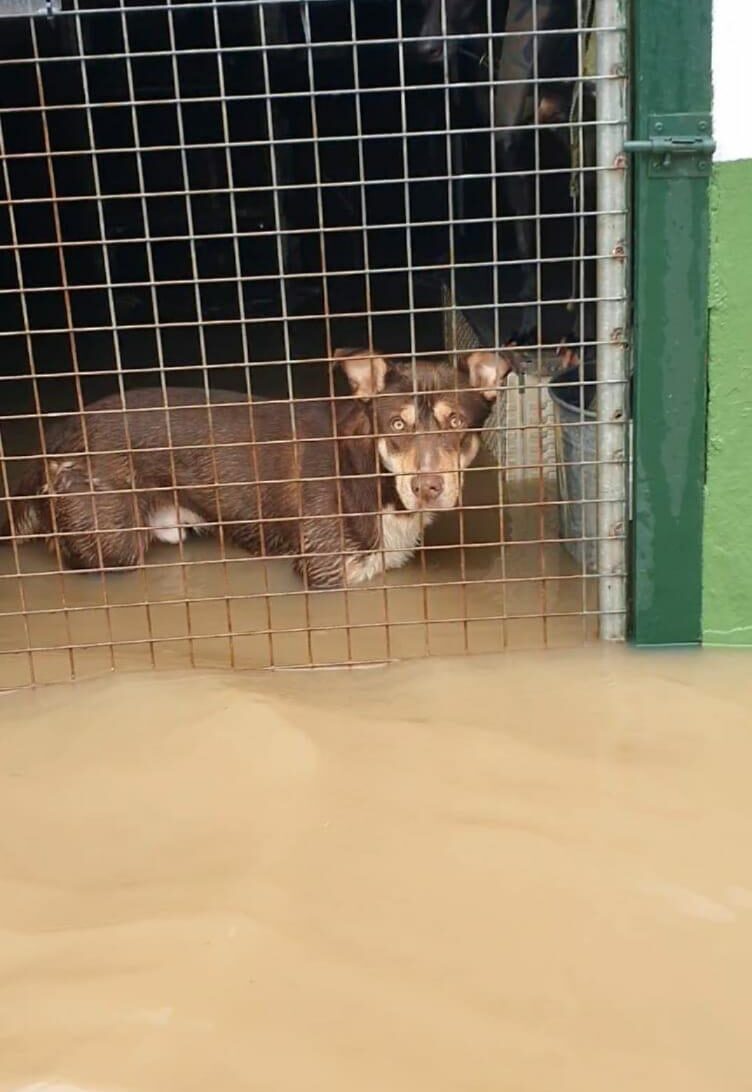 Alfred Balban told the Chronicle that the association have a response team that regularly helps out when needed.

“It is a thing that we have been doing for a couple of years with these dog pounds as every winter they have problems and they have my number and as such the club has a response team for things like this,” said Mr Balban.

The team also do separate recoveries in Spain that do not relate to the animal shelter.

Mr Balban received a call at 9am on Sunday morning from SOS Perrera de Los Barrios that the shelter needed help, he straight away activated the response team and seven vehicles with eight or nine people crossed over the frontier and made their way to Los Barrios.

“Some people that were already there had vehicles but they are not the same as when you have a vehicle that is prepared to go into any kind of terrain and if you don’t mind getting wet,” said Mr Balban.

“We didn’t do it alone, we had people there, all kinds of people and all kinds of transport, whatever they could manage like tractors and trailers.”

While the response team for Maroc Atlas Gibraltar 4x4 did not foster any animals themselves, they did bring some back to Gibraltar where the Animal in Need Foundation took over and found foster homes for the animals.

Mr Balban noted that the pound floods every year but understands that when funds are raised they are spent elsewhere as the shelter has many needs.

While he called the death of Krasti sad he wants people to focus not on the life that was lost but the hundreds that were saved.

The shelter has lost all the food and vet supplies it has on site. It is asking for donations to help repair the pound as well as restock, donations can be made on its website https://www.perreradelosbarrios.com or via https://www.justgiving.com/crowdfunding/pound-flood which has been set up by the Animals in Need Foundation.