Over 300 tons of rocks and debris left after storm damage

A photo of the damage the morning after the storm. Photo by Johnny Bugeja.

Storm damage to local beaches will see an estimated 300 tons of rocks and debris to be cleared from Camp Bay alone, with other beaches also affected.

The Government said Little Bay has a significant accumulation of rocks on its shoreline, and flotsam and detritus has to be removed from Sandy Bay.

"Unfortunately, the recent storm damage has had a huge impact on our beaches," the Government said.

"This has set back the preparation of them for the upcoming bathing season."

"The Department of the Environment is doing its upmost to have the beaches ready as soon as possible and asks the public for its understanding while works and clearing are underway." 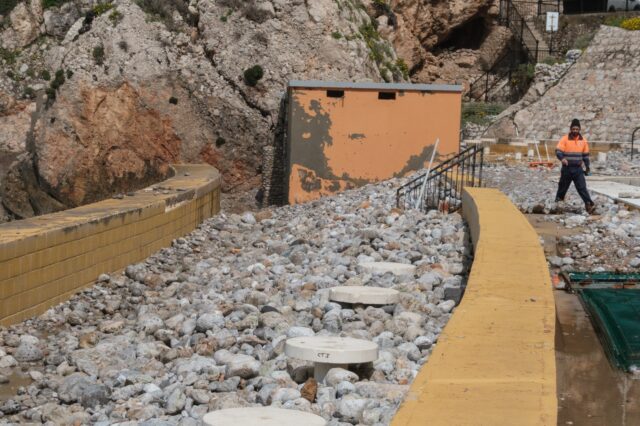 Works needed include the sand profile on Eastern Beach which has shifted and needs re-positioning, with the added clearing of debris.

The access road to Western Beach is covered and needs clearing of sand and seaweed, and Catalan Bay, Eastern and Western Beaches have had their concrete walkways shifted out of place, making them unsafe for public use.

These walkways will need to be removed and re-laid at a later stage, once the sand has been re-profiled closer to the start of the bathing season.

The Department of the Environment has advised caution when using local beaches in this current state and is grateful for the patience of the general public. 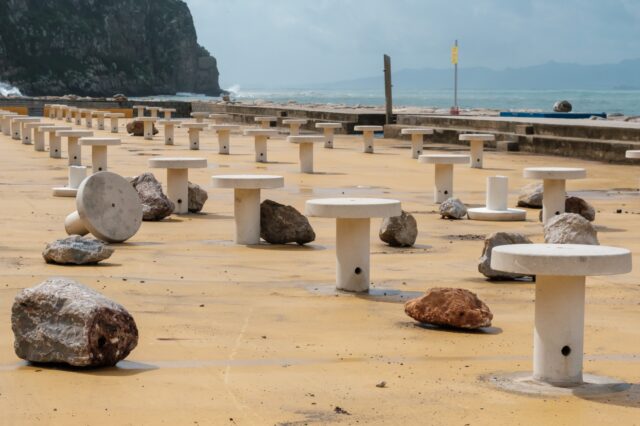