Over 70 marathoners travelled to Gibraltar from Denmark to run the first of five marathons of the Costa Del Sol Serie 2021 the first race of this distance to be held on the Rock for years.

The vast majority of runners are part of Klub100, a club for athletes who have ran a minimum of 100 marathons with the number one ranking having ran 906. 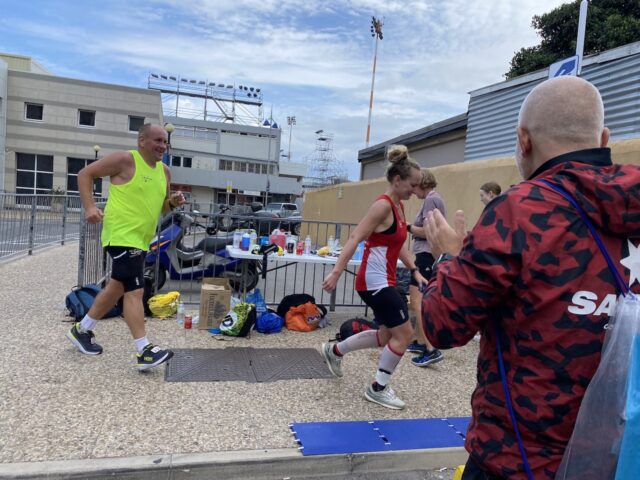 One athlete ran a marathon in his 50th country and some of the runners ran their 100th or 200th marathon.

However, as the runners made their way around the streets of Gibraltar towards Europa Point via Rosia and back via Europa Road it looked like the race might be stopped as permissions were not sought to have the timing equipment and water stand at the finish line. 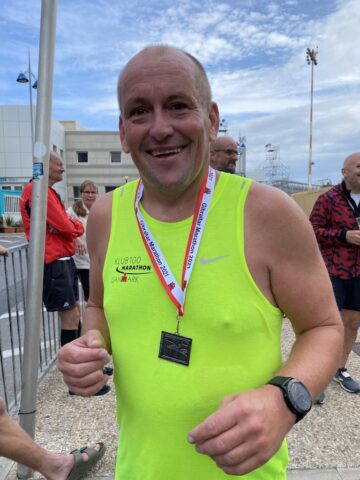 Organised by Danish man Peter Olsen and with the field comprising of many runners from the Nordic countries they were unaware permission was needed and were surprised when Reagan Lima from the GSLA came down to stop the race. However, much to Mr Olsen’s gratitude and the relief of the runners Mr Lima did not stop them and instead warned them of the infringement and passed on his details so that the next time they can be above board.

“He was of course mad because we needed permission. Because we have a timetable [finish line] and a water station,” he said.

“But, thankfully he let us still run and he did not stop us. We are very, very grateful to this man and we want to make sure he knows this.” 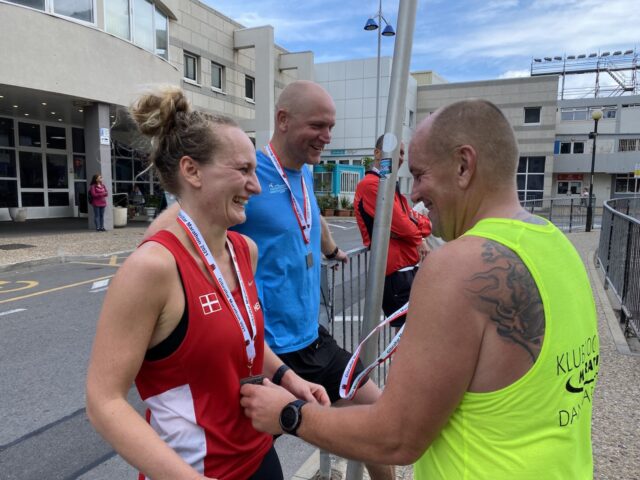 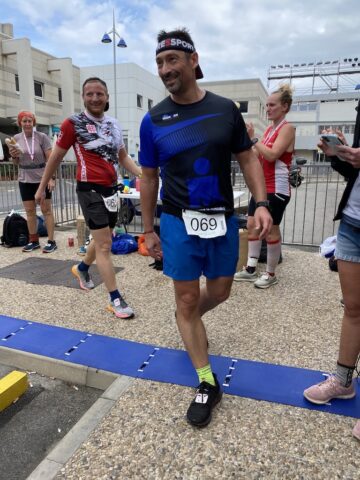 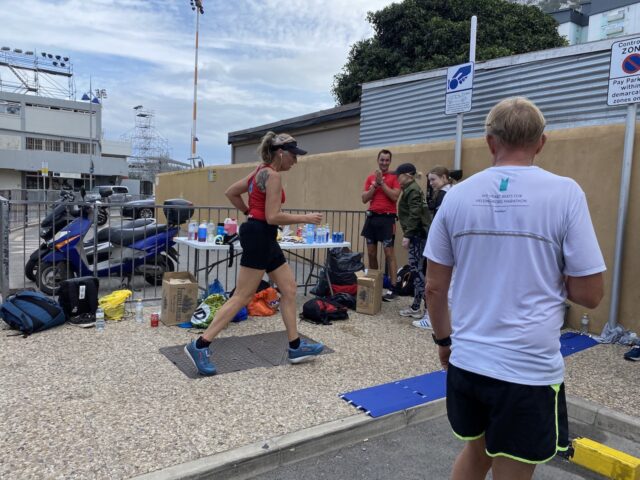 After this the runners raced across in Marbella, Calahonda, Fuengirola and Mijas and along the Costa del Sol from Torremolinos.

When asked why five marathons in five days Mr Olsen simply replied, “Because we can”.

“Runners are fun people, be happy, be smiling, that is our motto. We just want to make happiness. We say hello to everybody we meet along the way and tonight we will have some beers and have a good time,” he said.

The challenge is not about speed and more about endurance, but even then it’s not exactly about that, Mr Olsen explained.

“It’s about fun and good company and good friends,” he said.

“Today, we had runners from all around the world because this is the first marathon in Gibraltar.”

“I will love to do it with Reagan and next year I will write him and say ‘can we do it together?’ and have an event because I can bring a thousand people here and it would be good for Gibraltar and for everybody.”

Some 50 of the 70 runners that ran in Gibraltar continued on to do the five marathons. In doing so they will each receive a medal as they cross the finish line, each medal can then be placed inside a larger medal and like a jigsaw each piece will interlink with another forming the whole medal.

“Many people wanted to run Gibraltar as it is a country in itself and they can count it as a country marathon,” said Mr Olsen.

The course was measured out by a person who is qualified to measure out distances internationally. Each runner ran the course four times to make it up to 42.2km.

The age of the runners varied from 30 to 70 and some families took part.

Over the years Mr Olsen has completed 325 marathons.

Pointing at a couple, Mr Olsen said: “This is a Swedish family, Mamma and Papa Green, they have done 600 and 700 marathons and their daughter who will finish in a minute has ran 500 marathons. So you know I am not the crazy one, I am the normal one here."