Women’s football in Gibraltar continues to see monumental progress as some players start to get closer to their dreams of professional football. After years in which the sport has been bidding to be treated equally and be given a chance to step forward Gibraltar’s young footballers have started to see the pathway towards trying to reach their objectives open up before them. This season alone a handful of players, most of which will be among those selected for the women’s national squad selected to play against Liechtenstein are already playing abroad in both the U.K. and Spain.
This week will see Charylann Pizzarello, a player who has led the way in showing that Gibraltar’s women’s players can succeed abroad after her exploits whilst in the US, play for Malaga City Femenino against Atletico De Madrid’s A team just 24hrs before Gibraltar play Liechtenstein.
Athletico De Madrid femenino are among the top clubs in Spain’s women’s league challenging head to head against Barcelona and regularly playing European competitive football.
The match will be an opportunity for the Gibraltar player to showcase her quality in front of what are considered some of the top coaches in the Spanish league.
Described by the players as “the biggest week of my life to date” in a recent social media post in which she revealed for the first time that she would be playing against Atletico de Madrid the match comes at a time when Gibraltar women’s football is now firmly bidding on the doorstep for international recognition. With the Gibraltar FA announcing this week that the U19s will next season play in the European Championship qualifiers, onlookers now hope that senior women’s football will be allowed to also take a similar step.
Ironically, Charylann, who has played in the US and formed part of the national squad for a number of years since playing for Lions Gibraltar and through to Lincoln Red Imps women before her move to the US and subsequent return, has as yet to play in an official international competitive match outside of the development tournaments due to Gibraltar’s continued absence from within the senior women’s official European and international competitions both at club and national team level. Something which many, especially among those developing the game and clubs, hope will change soon as a bulk of the senior squad are now outside eligibility to play at youth level.
Also this week Gibraltar women’s football fans will be able to enjoy the fourth episode of BT Sports Ultimate Goal where Shania Robba, another of Gibraltar’s young female football talents features among the blasts intern players chosen in a bid to reach the final day where they play West Ham. Getting through the next two episodes would take Shania to the final day and the big match against one of England’s top women’s sides. Shania has already reached the final sixteen from an initial selection of some 30 players who had themselves been chosen from well over a hundred aspiring players worldwide submitted for the selection process. 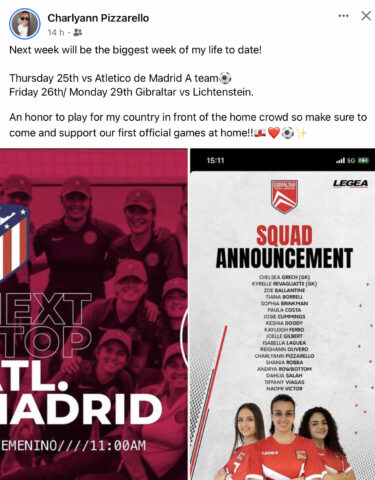 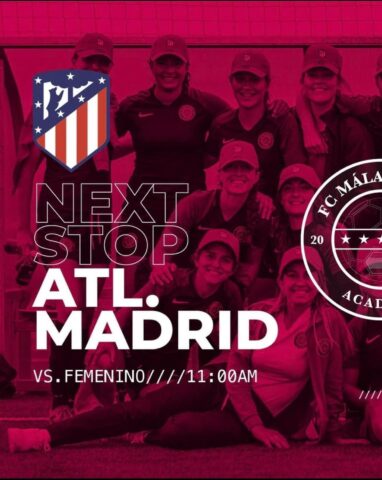