The women’s hockey season started with an exciting encounter between the league Champions Europa and The best of the rest forming the Presidents XI.
The match the last of a day of hockey organised by the Gibraltar Hockey Association was to be described as one of the best of the day as both sides battled it out from the start.
The match was to see Presidents XI dominating the first two quarters as they took the lead via youngster Olivero from Hawks.
Europa started to get themselves back into the game in the third quarter before they dominated the fourth quarter as they tried to level the score.
Last seasons league champions were unable to find the net with President’s XI walking away with the victory.
The match underlined what many hope will be the continued excitement produced by women’s hockey last season in which all four teams forming the league battled it out until the last matchday. 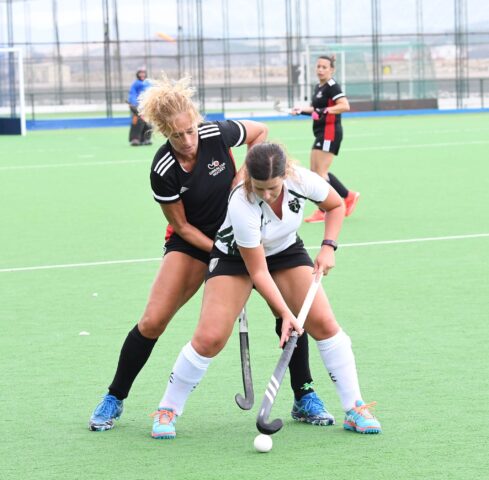