Leslie Gaduzo won the overall prize at this year’s Spring Visual Arts Competition with his painting ‘In Hong Kong’ and in doing so also took the first prize for painting, drawing prints and digital painting.

Mr Gaduzo spoke to the Chronicle about the inspiration behind the painting.

“It goes back a few years now that I am spending a lot of time painting streetscapes and there are a lot of artists that inspire me quite a bit and usually when they paint these scenes it is not a joyful scene,” he said.

“How paint moves around on the board but with obviously the idea of trying to create something which is realistic enough that it represents something.”

“In this particular one it is one of earlier ones where I was trying to control oil paint and when you are talking about that kind of scene it is very easy to smooth out all the blotches and mistakes. But, I wanted to leave those in there to give it a bit of texture and a bit of bite,” he added.

The artist will not be taking a break having won the exhibition, he is busy working on various commissions he has been given.
“I move from the landscape and cityscape type thing to portraiture to figure work and I am not sure which comes next. But, when it comes into my head or when I see something I need to paint that is when I will do it,” he said. 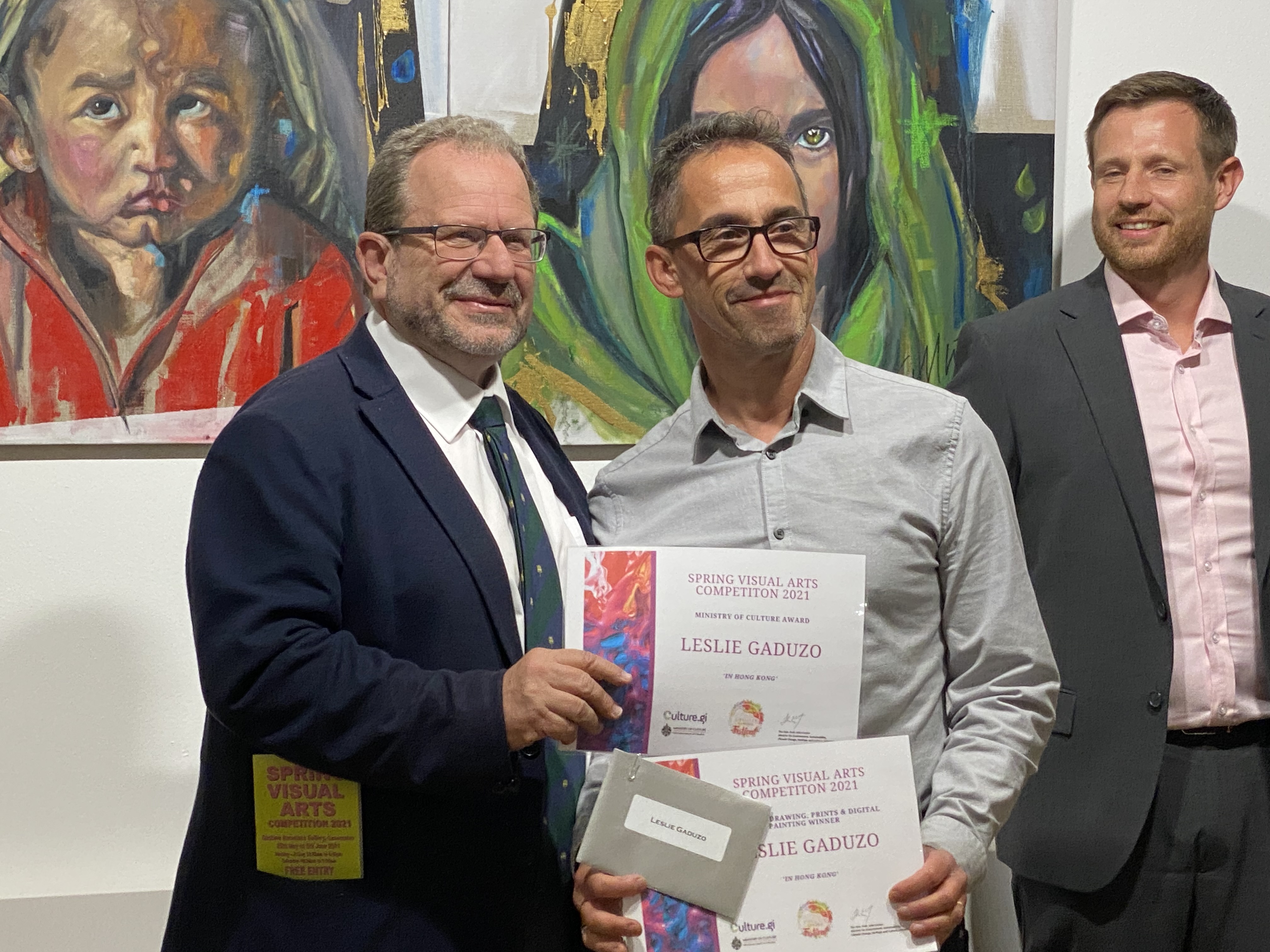 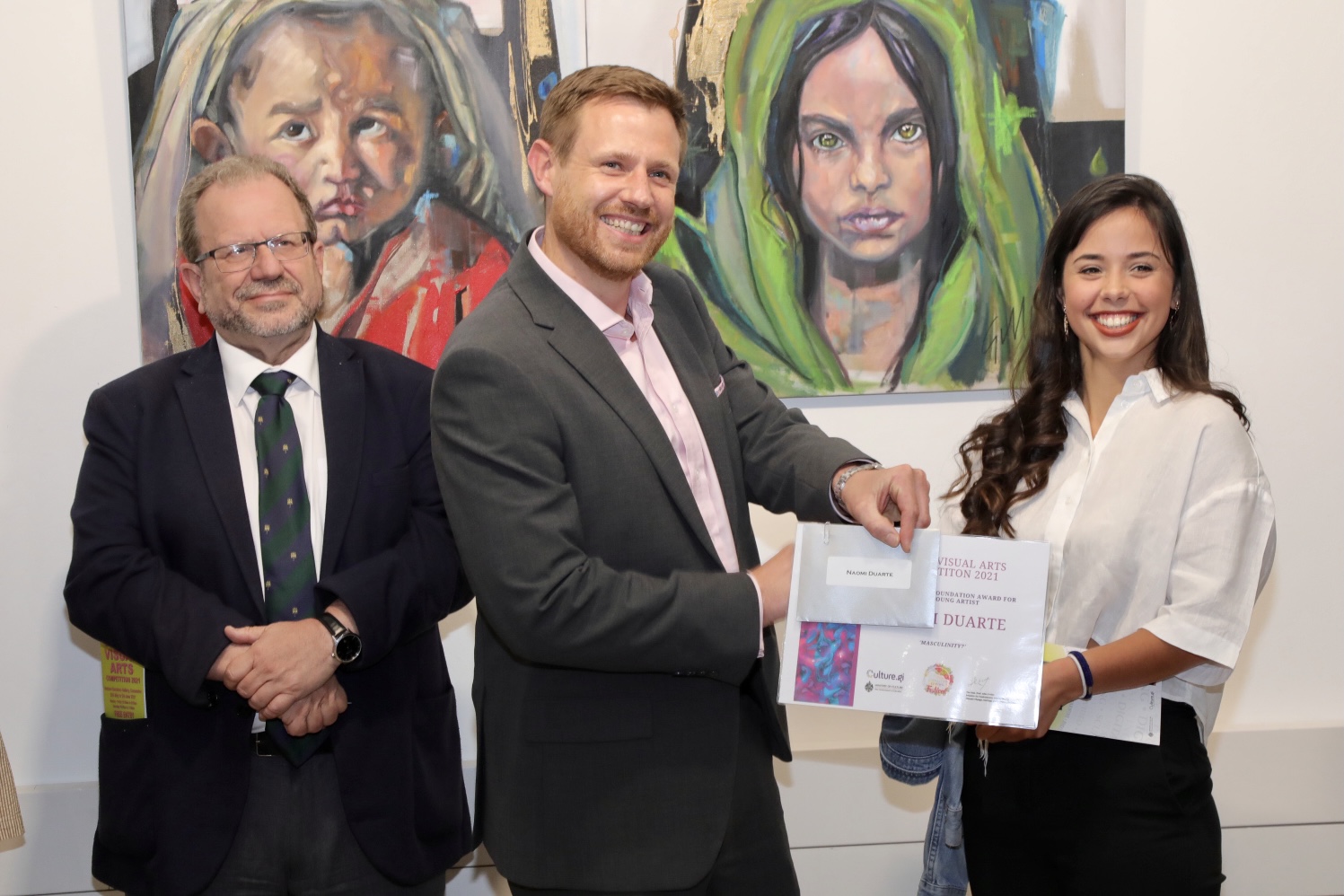 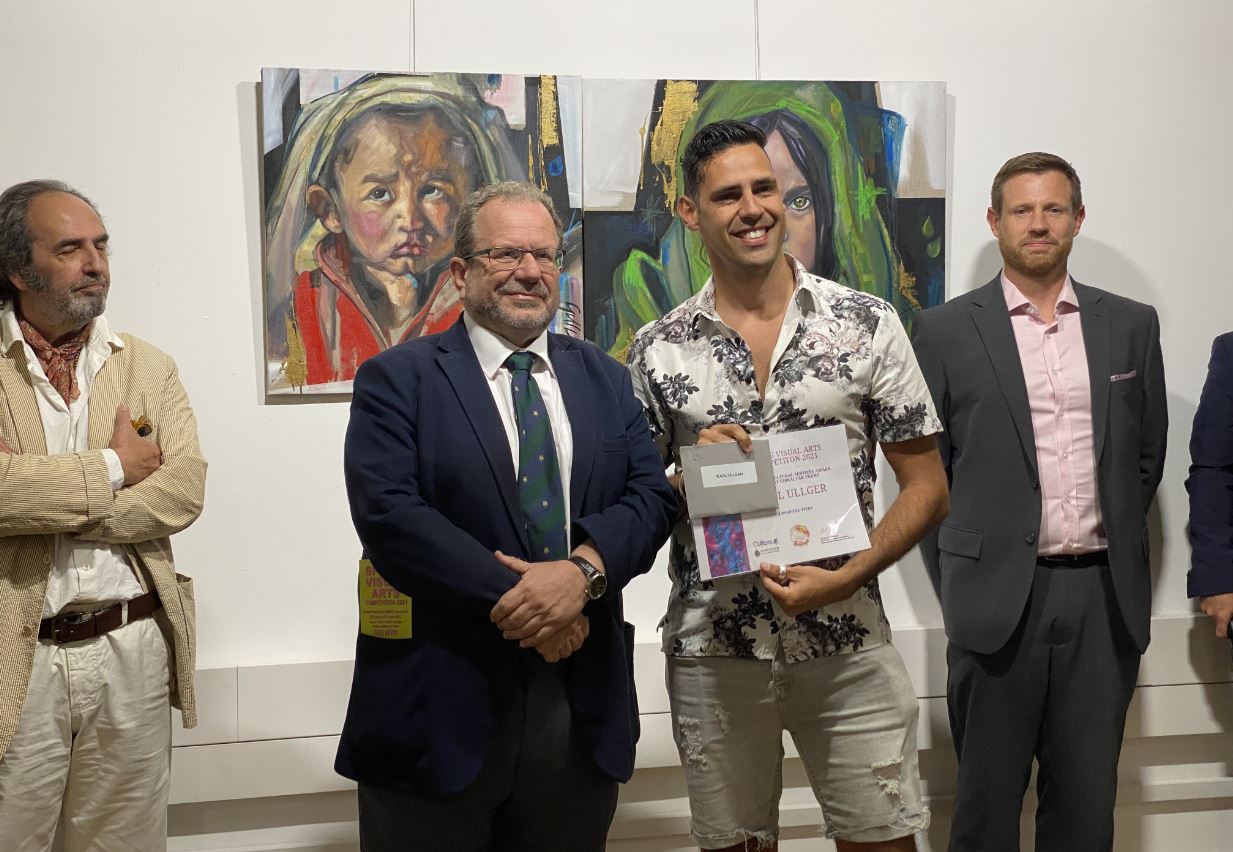 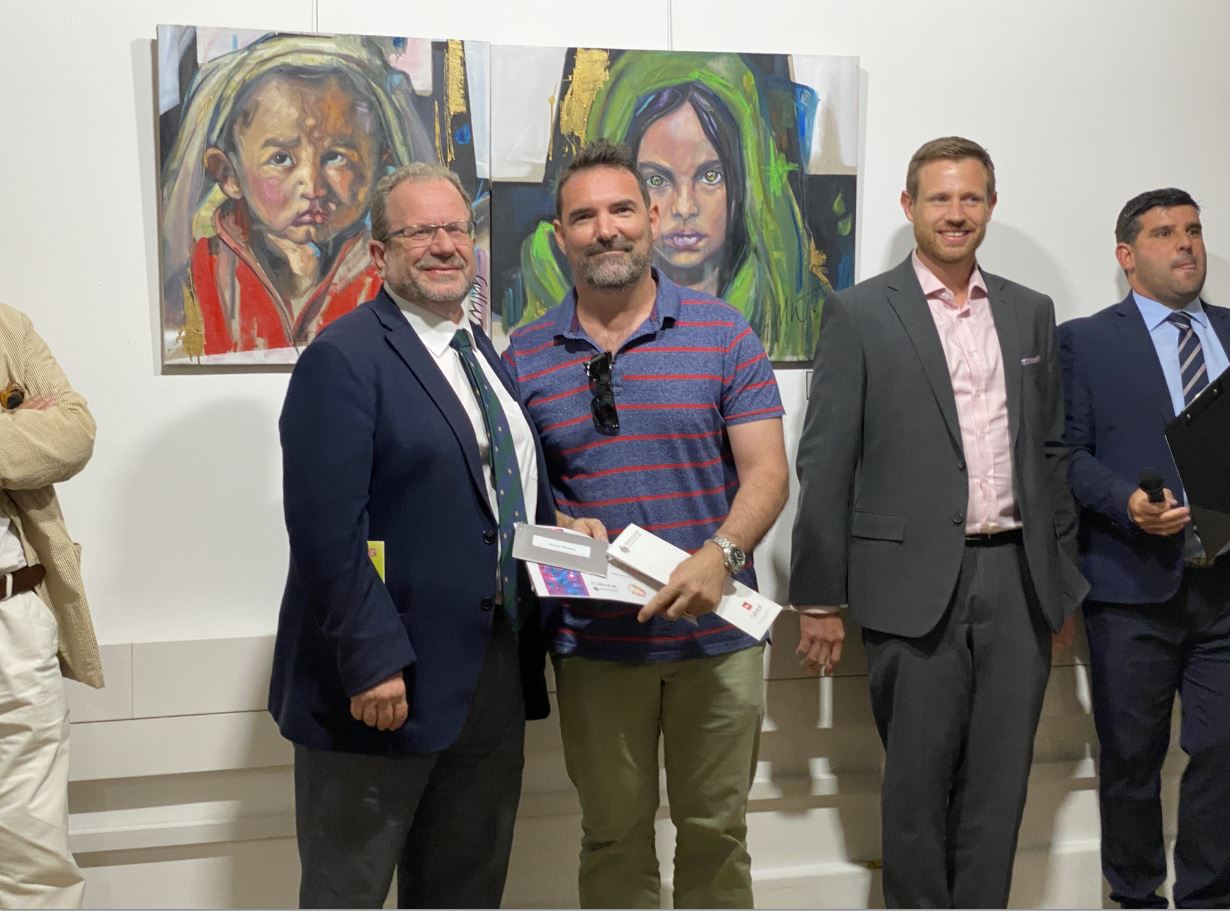 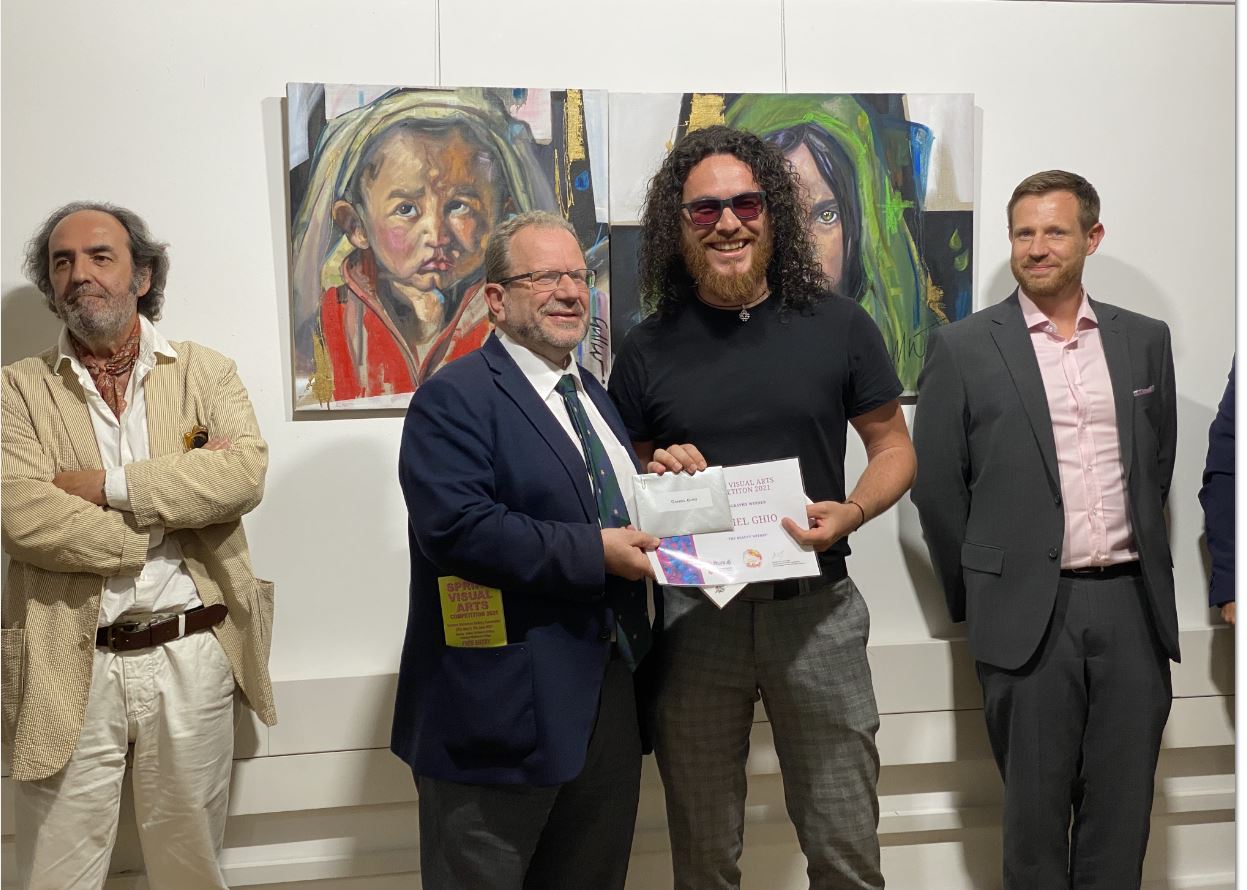 A large crowd had gathered for the launch in the Gustavo Bacarisas Gallery on Monday night where the Ministry for Culture, Dr John Cortes, declared the exhibition open.

“There has been tremendous interest in this exhibition with 154 entries with 52 local artists with a wide variety of different styles and as you have been going around I am sure you will agree it has been a wonderful experience which reflects like everything in art different things to different people,” said Dr Cortes.

“Some of the paintings have really touched me in different ways.”

He noted that it was the first competition in over a year where all the artists were invited to the opening and not just the winners.

“I think we have to congratulate yourselves and as minister for public health I thank you members of the community for collaborating and supporting all the difficult things we have had to do over the past year and here we are at the end of it,” he said.

OVERALL WINNER LESLIE GADUZO ‘IN HONG KONG’: Judge Javier Machimbarena said there were various factors that led him to his decision on ‘In Hong Kong’. The technical aspect of the painting and the fact it is set in present day and not the past. The balance of the painting and the colours of it also spoke to him. The urban factor and the way the atmosphere has been portrayed. The different types of reflections in the painting not just on the road but also from the sky on the buildings was another element he liked. “They have captured it all in the one picture,” he said. He noted that the painting was not academical perfect but that that did not matter as it was offering a different technical aspect, and this was one reason he opted for a painting that was not perfect technically. 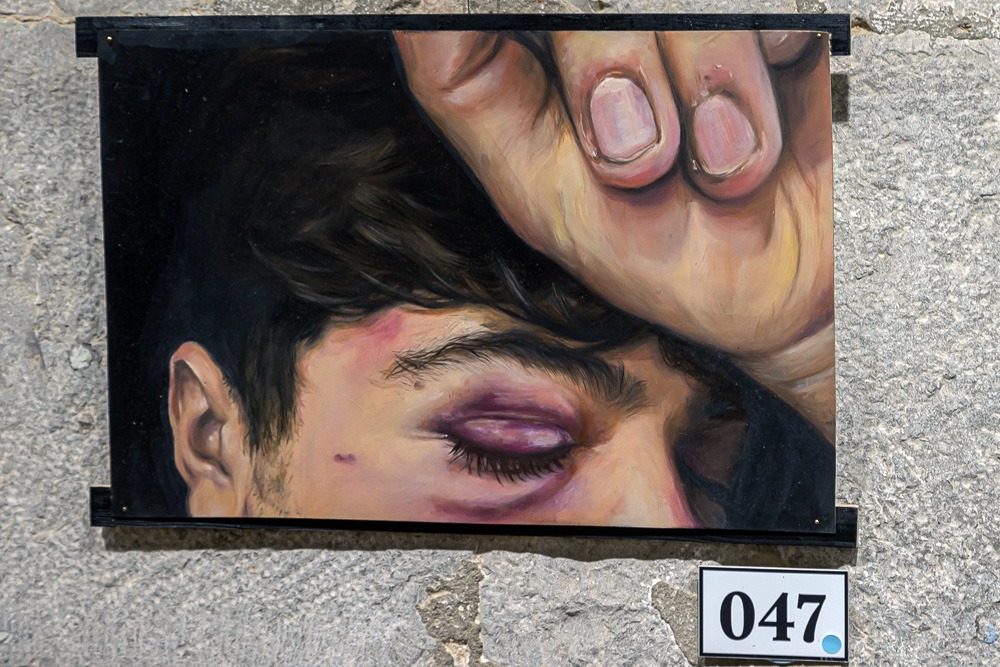 BEST YOUNG ARTIST NAOMI DUARTE ‘MASCULINITY’: Judge Javier Machimbarena said this piece was in no doubt the winner for the Young Artist prize. The t3ecnhical side was impeccable and the painting itself was very real and an actual thing. He could tell that the artist did not do it just to do it and that there was more to it. It was telling a story and the story is very important these days, he noted. He also commended her for how she framed her painting and that it is not done in the traditional sense. She thought about how to present it and it was a very natural way as it is just the painting, two pieces of wood and pinned onto it. He also noted that he loves how you can’t tell straight away if it is of a man or a woman and the commended her on how well the hands were painted. 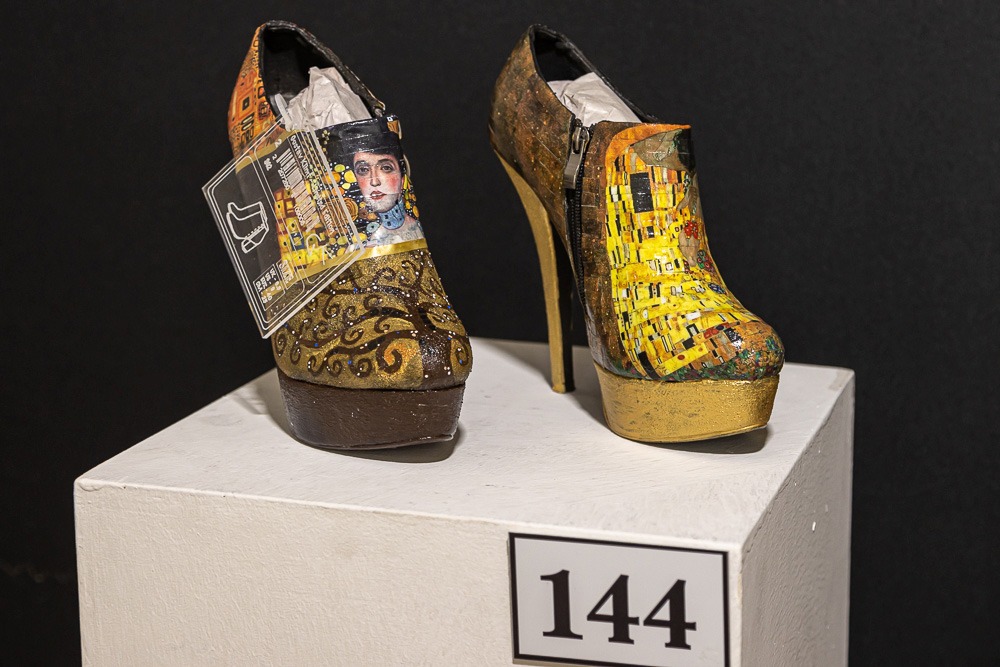 SCULPTURE AWARD TYRONE ANTHONY VERA ‘SIZE 6’: Judge Javier Machimbarena that it is certain features that stand out. The fact it is a Gustav Klimt painting which can be found in Vienna and he has used it. Technically it is well done and they had the courage to present the work this way was also commendable. 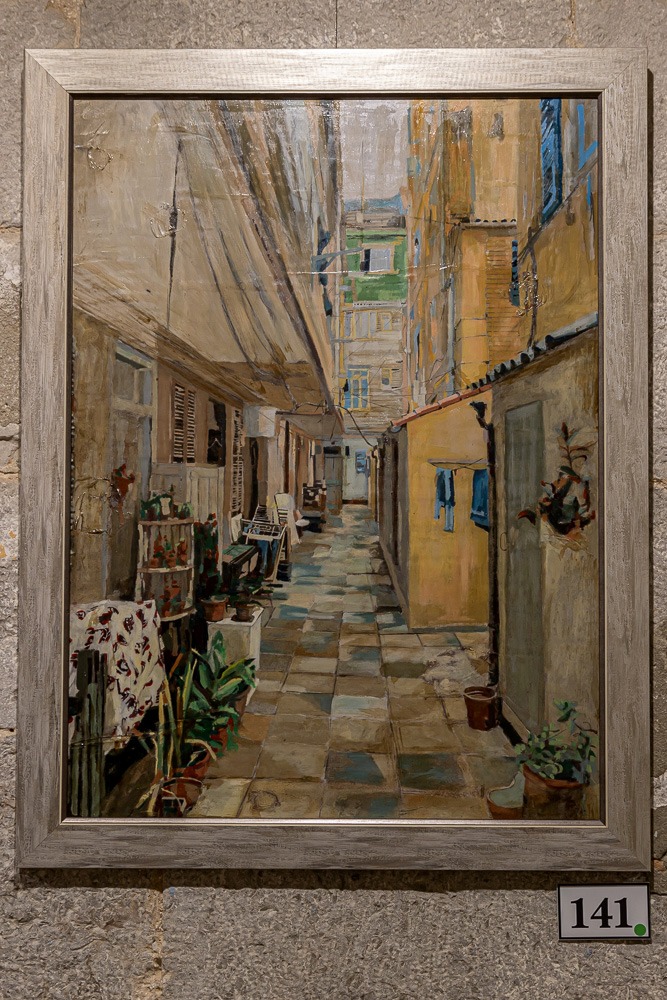 BEST GIBRALTAR THEME KARL ULLGER ‘4 HOSPITAL STEPS’: The judge said it was impeccable in everything, in the painting, in the way the artist has portrayed the picture. It was representing a normal day to day life for a Gibraltarian but it can be the present or the past but it portrays everything. It’s everyday life. He called it a grand painting and that the artist has taken it personally and that appears that it has meaning to the artist also as he is putting so much into the painting.The artist has painted what he has seen and has not manipulated the scene. He believes that is an important factor which he has seen in the artist. He also added that the scene was typical of the area and all the local influences. 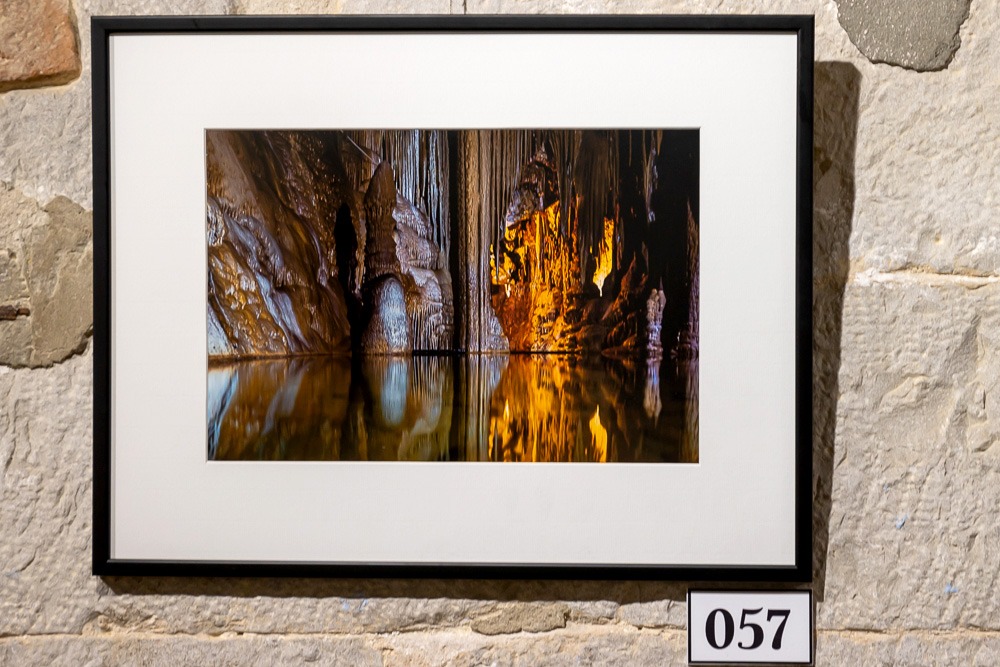 PHOTOGRAPHY AWARD DANIEL GHIO WITH ‘THE BEAUTY WITHIN’: Mr Ghio captured Lower St Michael’s Cave but the judge believed that was not important and he did not need to recognise the location and he likes what the photographer has captured with the photo. The composition and the colour in the photo is what strikes him the most. The use of light and dark also. He recognised the fact that the photographer probably spent a lot of time editing the photograph digitally to give it that value. He believes in doing so he has brought out the beauty in the photo and that it was aptly called The Beauty Within. 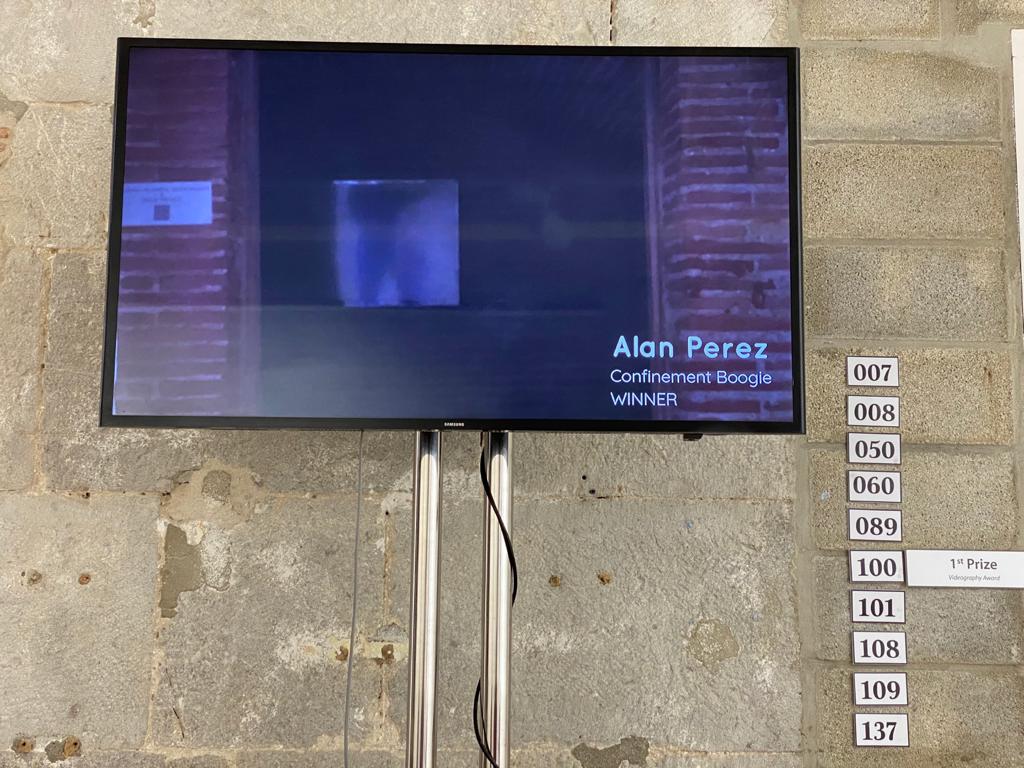 VIDEO AWARD ALAN PEREZ ‘CONFINEMENT BOOGIE’ - The judge thought this piece was wonderful and very interesting. Mr Machimbarrena loved the contrast between the minimal visuals and the music. He added it was a great choice of music and the contrast visual and sound is vital to the videos success.