Puffins are back on the Farne Islands for the breeding season and may expand their nesting sites to new areas in the absence of visitors, the National Trust said.

The islands are currently closed to the public due to the coronavirus pandemic, but rangers are still monitoring the charismatic but threatened seabirds who nest there. 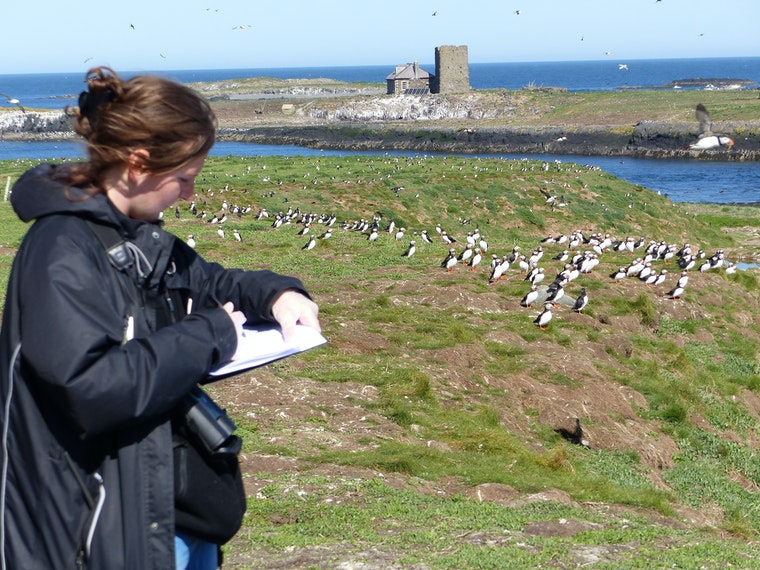 The puffins are back in strong numbers, the National Trust said, and may use the peace and quiet to create their burrows in new areas, including sites which are usually popular picnic spots for visitors on the Inner Farnes.

The pandemic also means the Trust will have to replace its annual count of puffin numbers with monitoring, due to not having a full ranger team on site, but the charity said looking after the birds was still a priority.

Previously the counts had been conducted every five years, but the National Trust has stepped up monitoring in the face of the declining number of puffins, which are being hit by climate change.

Harriet Reid, National Trust ranger on the Farne Islands, said it was “highly unlikely” the team would be able to conduct the typical detailed survey of the seabirds because they do not have a full ranger team there.

“So instead we’ll be keeping records of any significant changes we’re noticing within the colony through our observations, as well as monitoring footage from remote cameras we’ve set up at key points across the islands,” she said.

And she added: “Puffins were first recorded back on the Farnes on March 20, although they were first spotted a couple of weeks earlier when they were rafting off the islands.

“This is something they do early in the season when they meet in groups out to sea before moving onto the islands.

“Since then we have witnessed plenty of bill tapping and puffins with muddy fronts, which is a sign they’re readying their burrows for their precious eggs.”

She added: “Puffins build their nests in burrows and in the absence of visitors we may see them expanding their usual nesting grounds to new parts of the islands.

“Areas such as the picnic spots on Inner Farne, which are usually popular with our visitors, could possibly see new guests this year.”