Recce ahead of Rock challenge

Ben Mead was back on the Rock to undertake a recce of the Rock Run, where 10 people will run in a relay format over 12 hours in aid of Waterloo Uncovered on Trafalgar Day October 21, this year.

Waterloo Uncovered was founded in 2015 by two Coldstream Guard officers, one is still a serving Colonel and the other medically retired due to PTSD. They thought it would be beneficial for veterans to go to the Waterloo site in Belgium and conduct some archaeology as a way of helping them with their PTSD, mental health issues and to get over their trauma.

Of the 10 runners who will take part in the relay, four of them have been to a dig site in Waterloo and seen or experienced first-hand the benefits it brings. 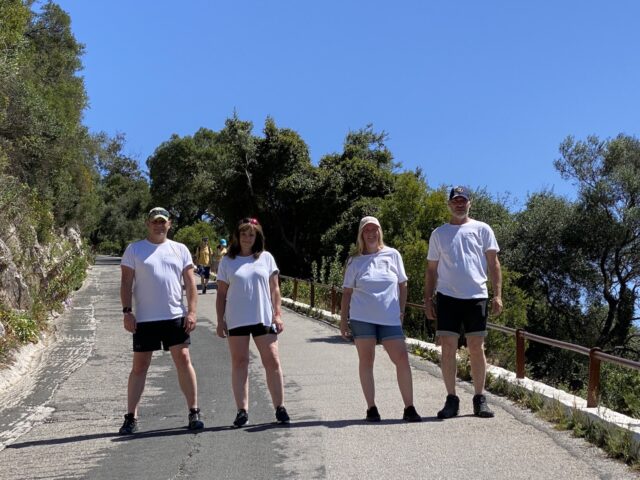 The run will start in the Alameda Gardens by the Wellington statue and end at O’Hara’s Battery.

Mr Mead and a team assisting him with the recce took a walk up to O’Hara’s Battery during the heat of Tuesday afternoon’s sun to get a small taste of the challenge that lay ahead for the runners.

As he walked up the hill towards the Battery Mr Mead, who is also one of the runners, told the Chronicle that the incline was a lot harder than he had perhaps anticipated.

However, despite this when asked how he felt about the endurance run now he said he was “energetic”.

“It has been years of planning and now it's coming to head, coming to a point now in six months,” he said.

The team will start the relay at 6am or as soon as the sun comes up and will continue the challenge for the next 12 hours.

Running in pairs, two will set off first and when they arrive at O’Hara’s Battery a signal will be sent back down to the crew in the Alameda Gardens and the next duo will start their ascent up the Rock. When they reach O’Hara’s they will tag the two who are there waiting and hand the preverbal baton to them. They then take a rest of duo that were tagged in run back down the Rock. This relay will continue over the next 12 hours until the final run when everyone will get together and make their way to Lord Nelson in Casemates via Main St where they are hoping supporters will come out to cheer them on.

The MoD have offered the team their assistance with respect to the logistics of the event.

“They have offered so much, from minibuses to markers to first aid to food, water. Everything from that perspective,” said Mr Mead.

“Which I couldn't be more thankful for because it has taken a lot of the pressure off me.” 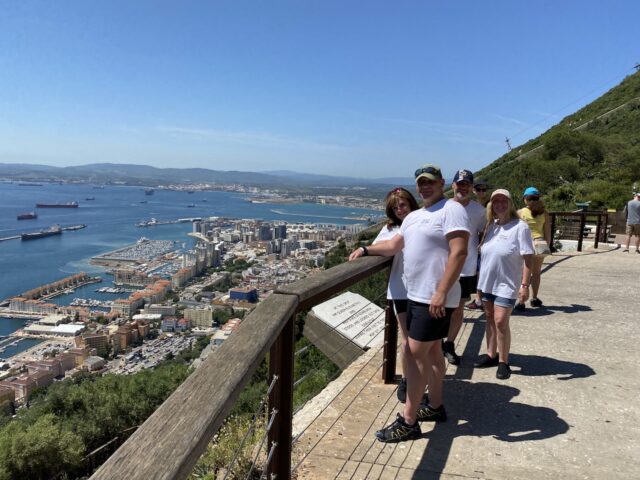 Local business have also come on board to offer their assistance such as Bassadone Motors who will supply two support vehicles for the day and the Hunter Group who have offered Lord Nelson’s up as the base for the event, before, after and during. Also lending his support is the Governor, Sir David Steel, “Who is massively interested” and the Colonel of the Gibraltar Regiment, said Mr Mead.

Joining the team will be four Chelsea pensioners.

“He was posted out here for five years, two years into his career in the 70s.”

“And because I go to see him on a regular basis he has decided to come out to help raise awareness. There will be three more with him. All of them were out here as well at different times for different regiments.”

The public can support the team by donating via https://www.justgiving.com/campaign/gibraltar

Mr Mead is also encouraging people to come out and show their support on the day if possible, lining the way up to O’Hara’s if they can to cheer them on.