Gibraltar’s snow volleyball trio of Martin Gomez, Chris Segovia and Karl Pardo coached by GVA head coach Nenad Tatic, provided a respectable opposition against a Russia 3 team in their historic debut in snow volleyball.
Playing in the early morning qualification round matches in the CEV Snow Volleyball European Tour in Kahramanmaras, Turkey, the trio started well, although facing defeat in their first match.
After losing the first set by 9-15 Gibraltar’s trio stayed close to their opponents at one time 6-9 behind in the second set.
They were to fall behind 8-12 before losing the second set by 10-15 and facing a 0-2 defeat.
It was a short-lived debut which took less than 30 minutes, something the Gibraltar team will probably have been grateful for.
This was Gibraltar’s first match in a snow volleyball competition. Ironically their training has centred in part around a beach volleyball facilities with Gibraltar not having any snow facilities.
Russia, who have entered some top names in the competition, although fielding a third tier team were far more experienced in the sport which has only these past months been introduced into Gibraltar volleyball’s list of opportunities. The work done by GVA President Emma Labrador, who recently visited Hungary as one of CEV Vice Presidents opening the doors for this opportunity.
Gibraltar face Hungary, Iran and Romania too during the next matches to be played this Friday.
Teams from 16 countries were expected to compete in the CEV Snow Volleyball European tour including teams from Canada and Iran.
The men’s tournament will feature 16 teams in the main draw with 14 already sure of their spot. The remaining spots would be filled through the qualification round Gibraltar is today playing in.
Gibraltar’s defeat by 0-2 with scores at 9-15 and 10-15 considered very respectable scores on a debut match, especially against experienced Russia side. 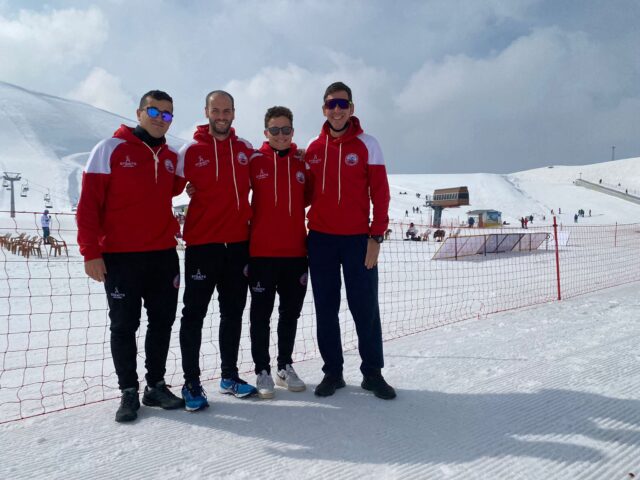