An original floor dating back almost 200 years was uncovered at the Garrison Library during major restoration works, revealing a surface made of terracotta blocks and limestone flagstones.

Located in the west-facing side of the basement, the floor was covered by a top layer of concrete, believed to have been laid in the mid-20th century in order to render the floor level.

The original floor only became visible after a small channel was opened along the concrete to carry electrical cabling from one end of the basement to the other.

This is an exercise that became necessary to avoid the trunking of electrical cables on the stone and brick walls of a vaulted chamber.

The aim throughout the works has been to preserve and conserve the Library’s historical and architectural heritage, with measures in place to reflects this initiative, a statement from No.6 Convent Place said. 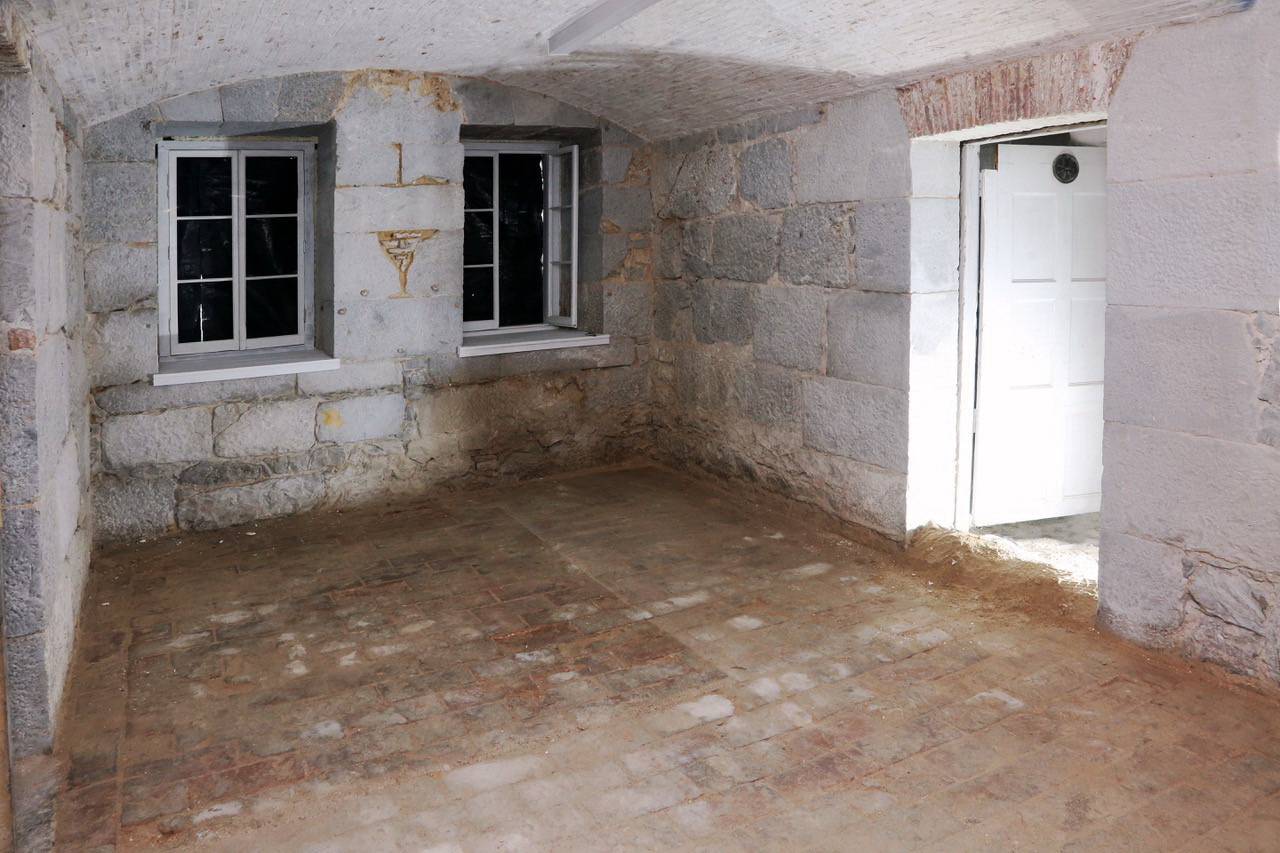 Much of the floor has now been carefully uncovered with a full conservation of the floor to be carried with advice from Dominic Lopez, the Ministry for Heritage archaeologist, and Manolo Jaen, conservator at the Gibraltar National Museum.

At present, it is being suggested that the recovered terracotta and limestone floor dates from 1800 – 1804, the period which saw the erection of the Garrison Library, but further research will be carried out given that the plot on which the Library sits may have been the site for an earlier building.

Although full details are unknown at present, research in this area may uncover a previous occupancy and a fuller understanding of the site.

Minister for Heritage, Dr John Cortes, said: “The discovery of the original floor at the Garrison Library basement is a good example of how heritage considerations can function alongside construction works currently underway at the Library.”

“The floor will of course be conserved and protected, but importantly, it shall form part of a functional space that is both respectful of the past and of 21st century institutional requirements.”

“Upon completion the basement will provide greater access to the Library’s collections while also creating provision for their safeguarding.”