A Family Fun Day organised by the Royal Gibraltar Police’s 2022 recruit class last Saturday has raised over £6,000 for charity.

Hundreds of people packed Casemates Square for the event, which featured sponge throwing at police officers, cake stalls, basketball hoops, a raffle and other family friendly activities such as face painting and a bouncy castle.
The money raised will be donated to the EV Foundation, a Gibraltar based charity that helps families on both sides of the border, whose household income is insufficient to afford basic necessities. 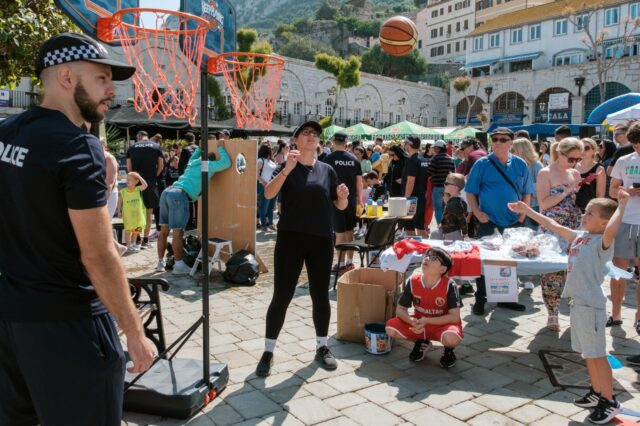 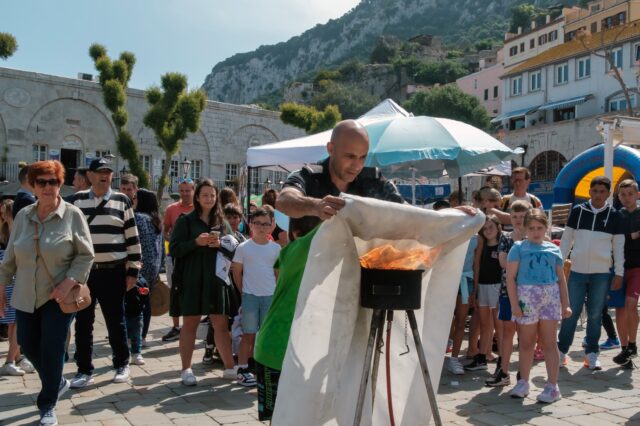 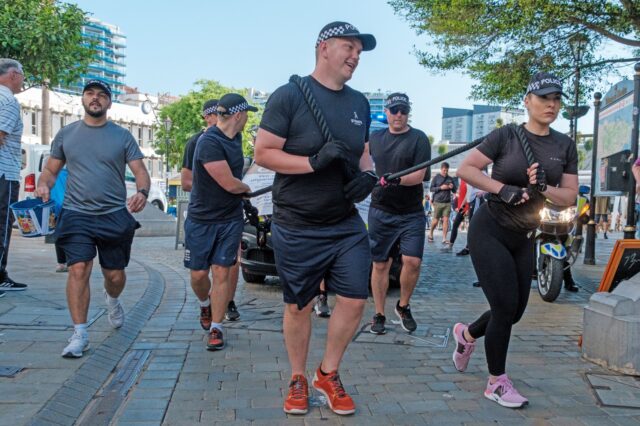 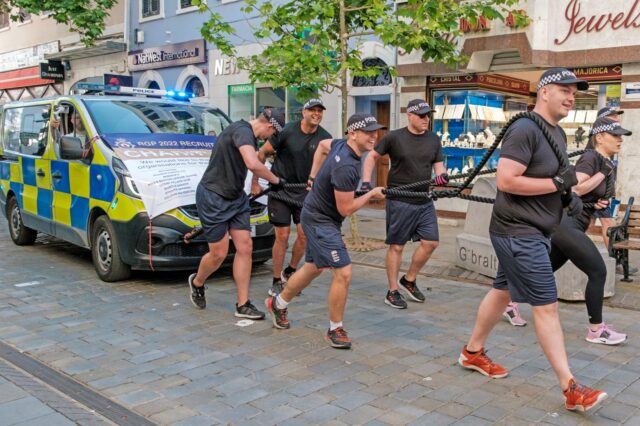 The event kicked off at 10.30am with eight officers pulling a police van 3.5km around Gibraltar’s streets, whilst collecting donations in buckets.

Officers from the Roads Policing Unit also brought their police motorcycles to Casemates for children to get their photograph taken on.

“We are over the moon with the money raised during the Family Fun Day. We’d like to say a big thank you to the public for supporting us and helping us to raise such a large amount of money for the EV Foundation, which helps so many families,” an RGP spokesperson said

“We still have some money to collect, so it may be that we’ve raised even more than £6,000. We’d also like to thank the local charities that came and supported us, the businesses who donated raffle prizes and the Gibraltar Fire and Rescue Service.”

“We had a great time and we hope everyone enjoyed themselves.” 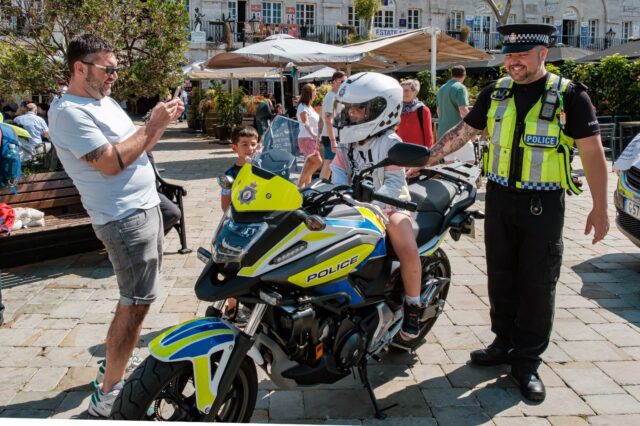 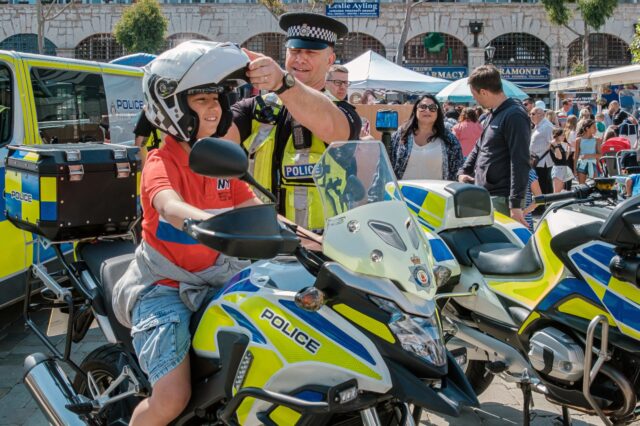 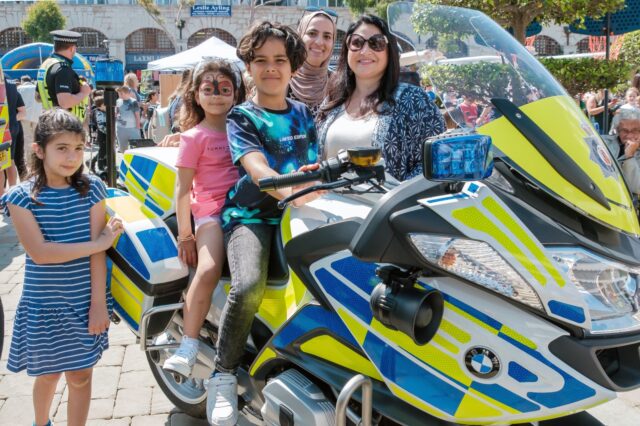 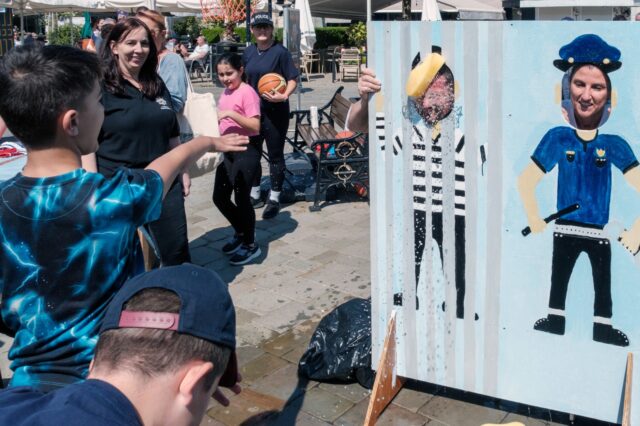 The RGP also thanked a number of organisations for their donations. 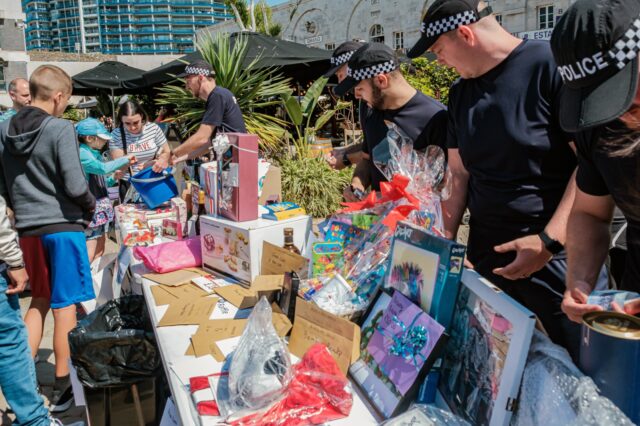 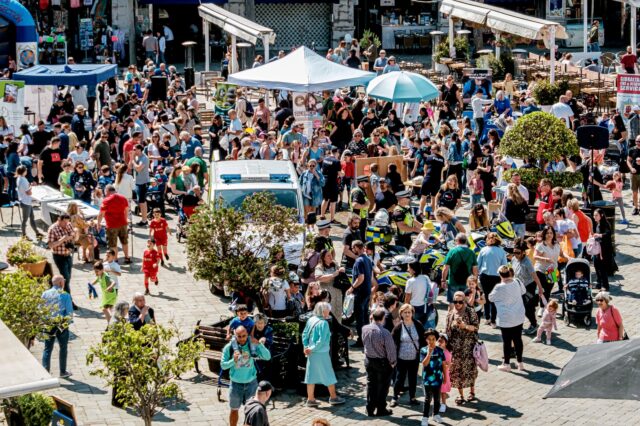