A locally-registered luxury vessel was seized from a berth at Ocean Village as part of a money laundering investigation on Tuesday evening.

This was the third in a series of operations carried out on the Rock in less than a week as the Royal Gibraltar Police vows to tackle organised crime, drug trafficking and money laundering, sometimes in collaboration with the Spanish police.

Officers from the RGP’s Money Laundering Investigation Unit and the Marine Section impounded the 11.5metre vessel ‘Sunrays’ from a berth at Ocean Village Marina.

The vessel is reportedly valued at approximately £200,000 and officers carried out a search on board together with their colleagues from Customs.

“This is an ongoing operation where any assets identified as being as a result of criminal conduct or used to facilitate money laundering activity will be seized,” the RGP said. 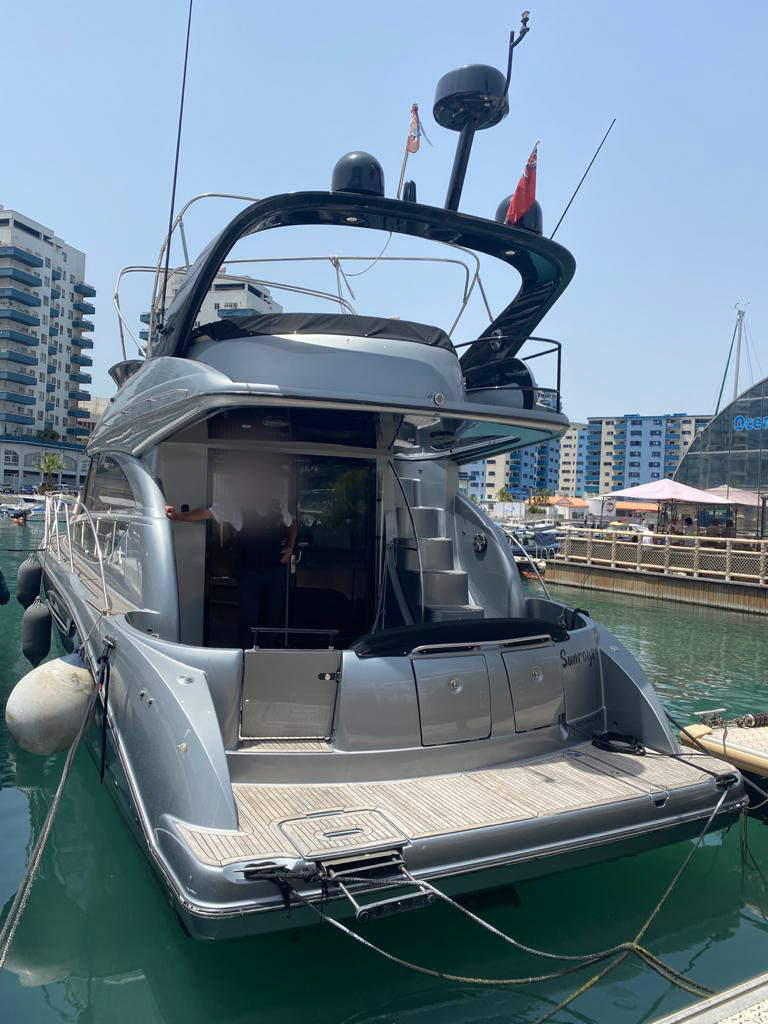 OTHER OPERATIONS
This latest seizure follows a series of arrests and searches of local properties as the RGP crack down on money laundering.

Last Monday a local married couple were arrested in suspicion of money laundering and last Thursday search warrants were executed at six homes across the Rock.

The Royal Gibraltar Police said the investigations are part of “ongoing cross-border law enforcement cooperation in the fight against organised crime and money laundering”.

The couple are alleged to have strong links with organised crime groups in Spain, a luxury yacht was also impounded and €200,000 was seized.

The RGP also searched a local business as part of this investigation and said it did not rule out further arrests. Investigations into this case continue.

Last Thursday, search warrants were executed at six properties as part of a “wide-ranging anti-money laundering initiative in Gibraltar”.

No arrests were made, but a number of financial documents, electronic devices and luxury items were seized during the raids.

A total of 20 RGP officers were tasked with carrying out the searching in homes across Gibraltar, including houses in Mid-Harbours Estate, Chilton Court and the Upper Town area.

Across the border, the Guardia Civil continues to clamp down on drug trafficking and money laundering in the Campo area.

“These groups have no boundaries or borders and we will pursue them tirelessly and also those who facilitate money laundering of the proceeds of crime,” the RGP said.

“Our efforts will continue unabated.”