Ribas calls up youngsters like Bartolo to squad and includes Lope 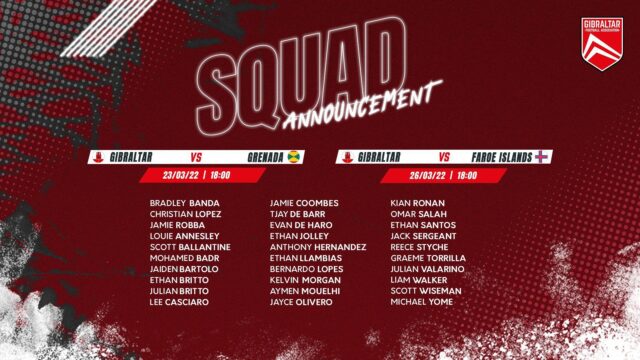 Jaiden Bartolo is among the youngest named. His prolific goal scoring form in recent months for Manchester 62 saw the young player hit the headlines with many observers forecasting a call up into one of the youth squads. It will, however, come as a surprise for his inclusion into the senior squad, although his prolific goal scoring form has already shown his ability at senior level.
Players such as Evan De Haro, Omar Salah and Julian Britto have also been among players who have been building their reputation within the senior ranks and seen as prospects for the future.
Mikey Yome’s inclusion, the 26 year old from Europa, comes after a couple of years in which he has performed well for Europa but has had a stop start type season. With regular playing time and some excellent performances in recent months Mikey Yome has been attracting attention as a key figure in Europa’s chase for the league title.
The squad also sees a call up for Bernardo Lope, originally from Portugal who is now eligible to play for Gibraltar. Notably missing will be Roy Chipolina who has been missing from Lincoln Red Imps line-ups in recent months and Joseph Chipolina who returned to the bench for Lincoln Red Imps this week after his UEFA sanction.
With Kyle Goldwin now retired and Dayle Coleing unavailable Bradley Banda, Jamie Robba and Christian Lopez will have a chance to try and take the number one shirt.

The matches, which take place on 23/03/22 and 26/03/22, both kick off at 18:00 and will mark the first time that Gibraltar's Senior Men's National Team will take to the field in 2022.
It will also be the first time that it hosts Grenada who will be touring in Europe this month.