Ribas gambled for experience rather than result

Gibraltar were defeated 2-0 by Malta in a match in which Gibraltar’s head coach surprised by making eight changes to the first eleven that played against San Marino.
Opting to give some of the youngsters bidding for positions in the first eleven a chance to take the field from the start, Gibraltar’s first half saw them concede early after a lack of marking in defence from a free kick.
Although many of the players on the field were still on the fringes of selectors for the first eleven they did not disappoint keeping the score at 1-0 for half time.
The second half was to prove a different match as Ribas made key changes bringing on players such as Badr, Walker, De Barr, Torilla, Annesley and Casciaro.
Pressing Malta up field Gibraltar had their chances but did not finish in the final third. A cynical foul on de Barr as he started to run free on goal also saw just a yellow card when it was clear the player had deliberately aimed at stopping him and had made no attempt for the ball.
Even though Gibraltar deserved a goal it was a mistake in marking in defence that provided a Malta a second goal in the 89th minute.
Gibraltar now head for Lichtenstien for a crucial Nations League encounter.
(full match report coming later) 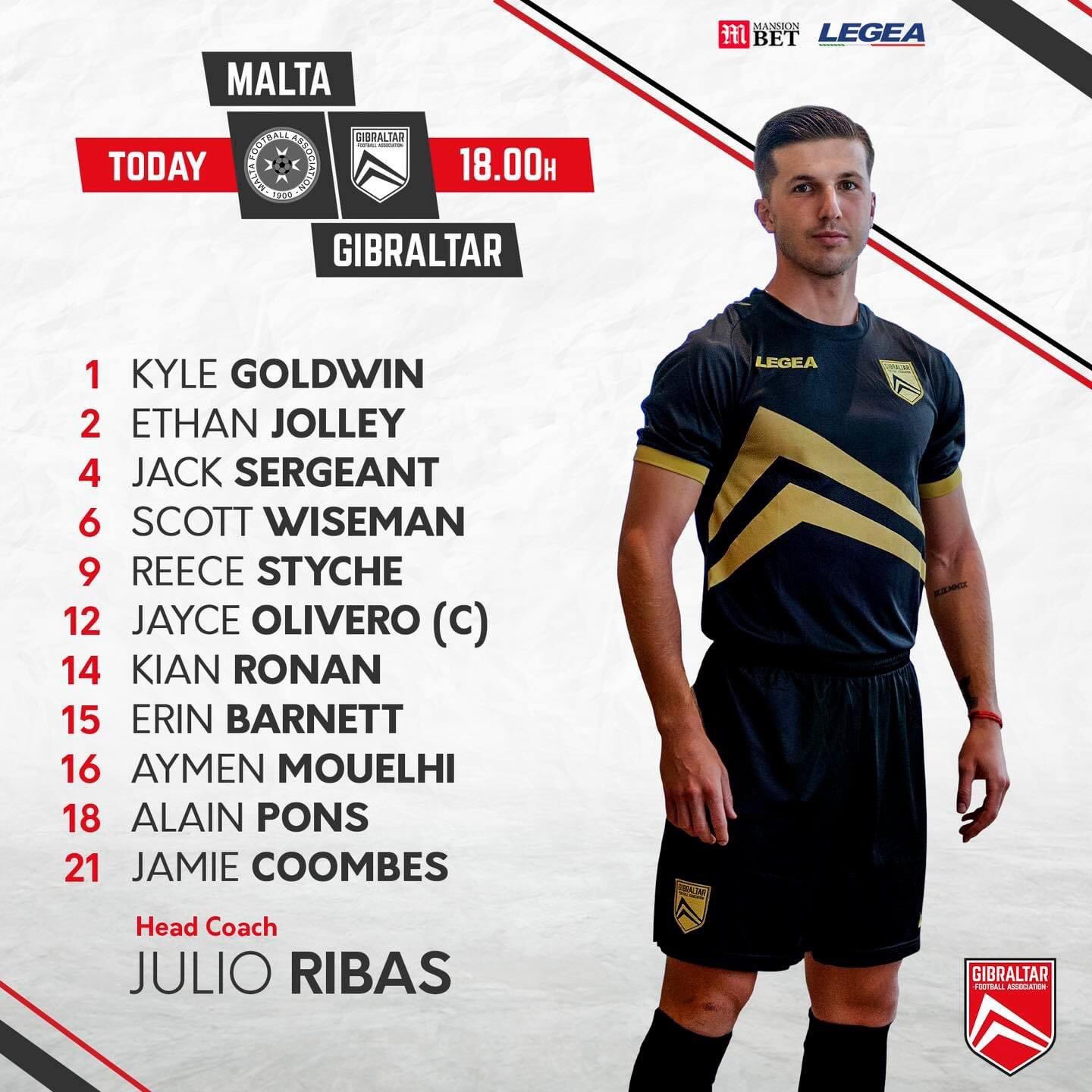