Ribas sticks to 23 man squad but sees Captain drop out

Gibraltar head coach Julio Ribas has announced his twenty-three man squad heading to international matches against Malta and then Lichtenstein next week. Ribas had been expected to travel with a larger squad than expected due to injury concerns, however, after two days of turmoil which has seen him lose Roy Chipolina to injury and seen Bradley Banda head back to the Under 21s after Hankins and Lopez dropped out due to personal reasons. Jamie Robba will be travelling with the squad making a return to the full squad after he fell down the pecking order last season.
Kian Ronan and Jayron Vinet continue within Riba’s sight with both also selected, Ethan Jolley also making a return. 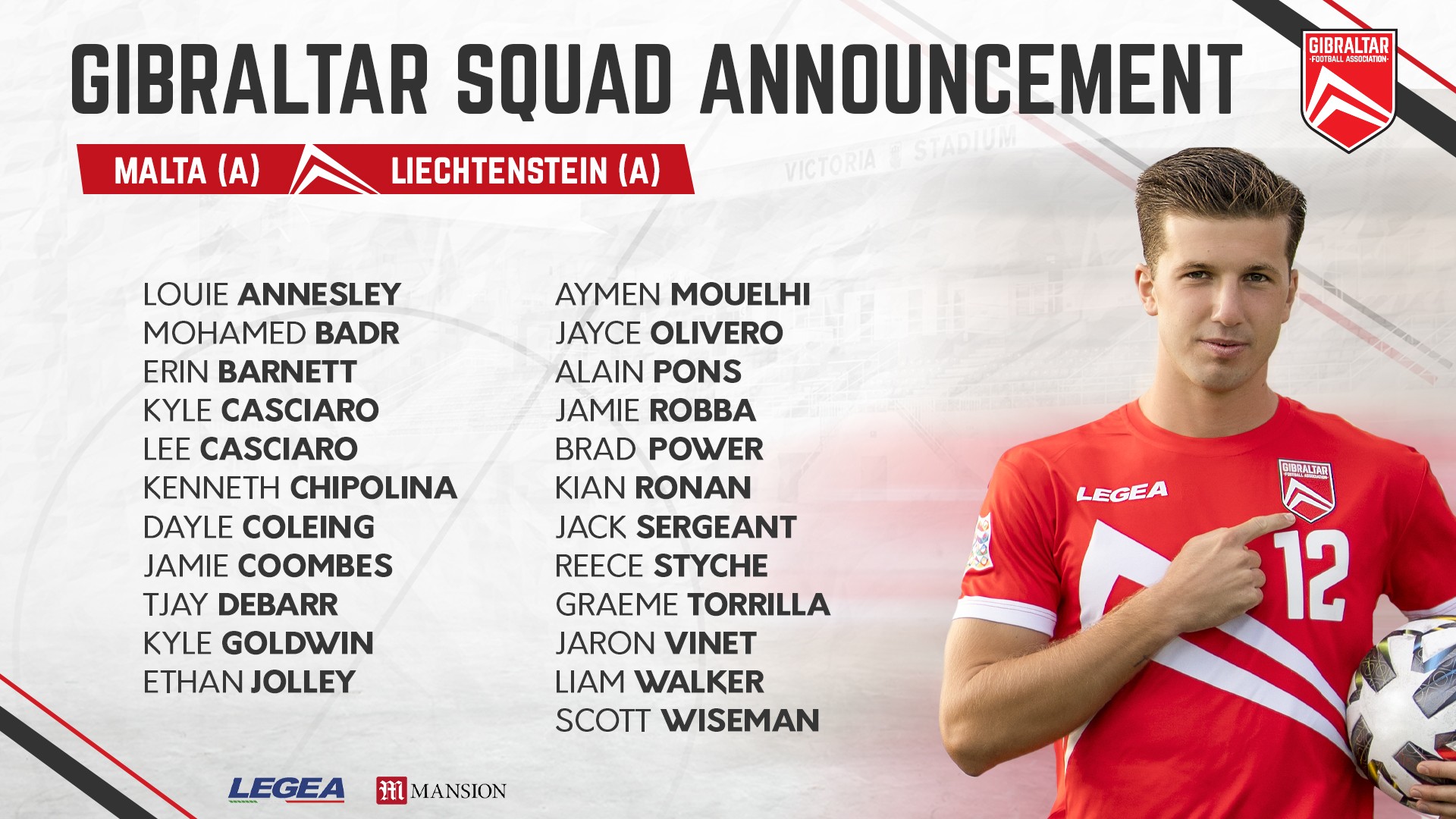