Rowing getting ready for two days of races

The Gibraltar Amateur Rowing Association (GARA) is getting ready for its two days of races which will signal a return to competitive activity for Gibraltar’s rowers.
The first set of races will be as from 0900 on Saturday with last race scheduled for 1030 with a total of 4 races on the day. A similar schedule will also be seen on Sunday.
Crews list which have registered for the event were this Friday released along with the list of officials who will be involved throughout the day.

The association is aiming to be able to complete the traditional 2k, 1 mile and 1k courses, weather permitting. In the event that the weather does not allow them to proceed with races, they would be cancelled until a further date to be determined.

Officials for the day have been listed as

Races are expected to start punctually at 0900.
The association will be hoping to adopt new protocols for presentations which will be done after each race. However, this will be strictly limited to rowers, officials and club coaches and captains in order to avoid gatherings due to covid measures.
The races can be watched from the areas such as the small boats marina at Coaling Island. However, the public are reminded to ensure they are aware of limits in gatherings and social distancing at all times and to maintain safety and health guidelines at all times.
Rowing is among one of the many sporting events Gibraltar will see this weekend with international boxing also at our venues, the start of the women’s Futsal season, mini basketball, a return of road racing and Gibraltar’s national team playing against Montenegro among the competitive activities. 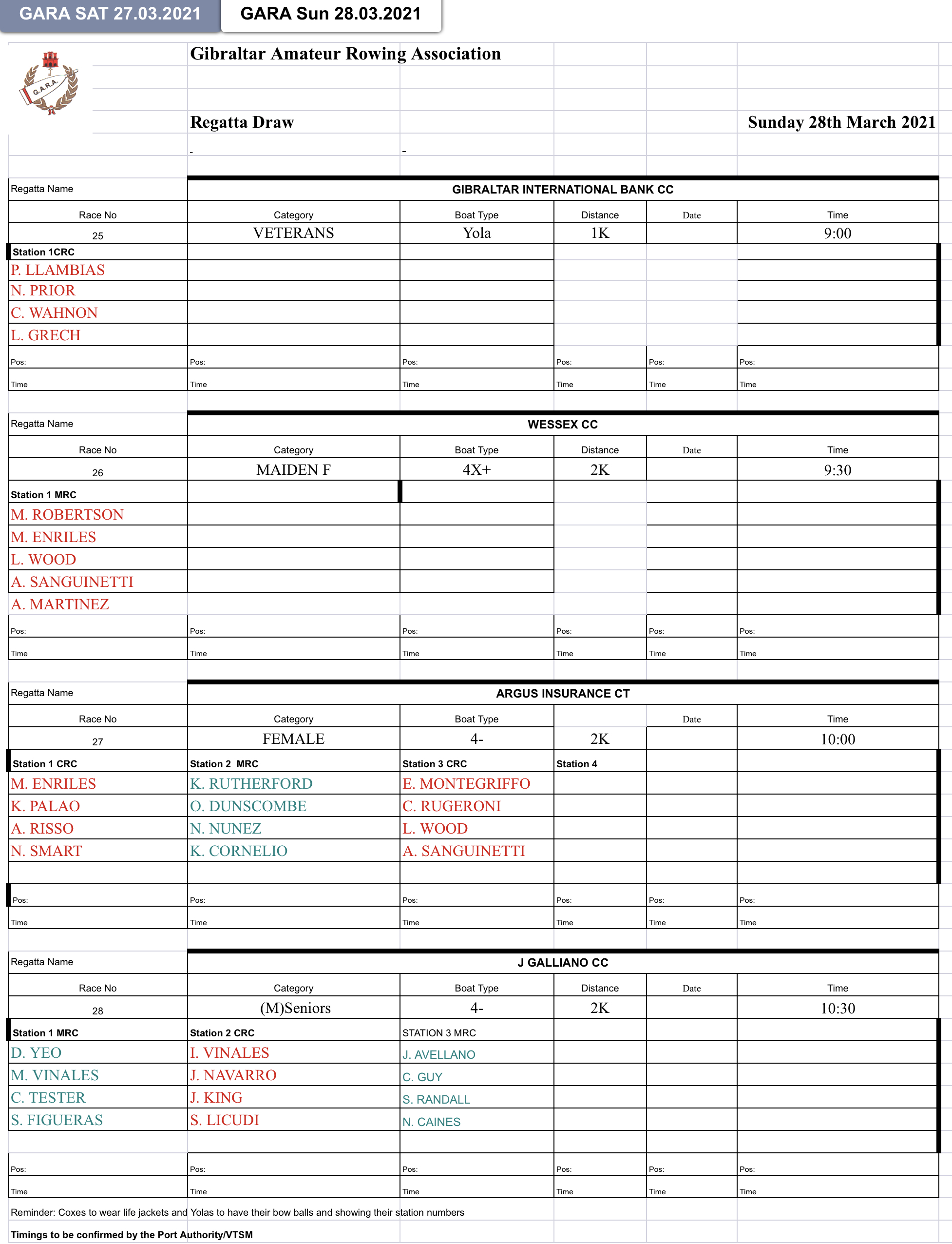 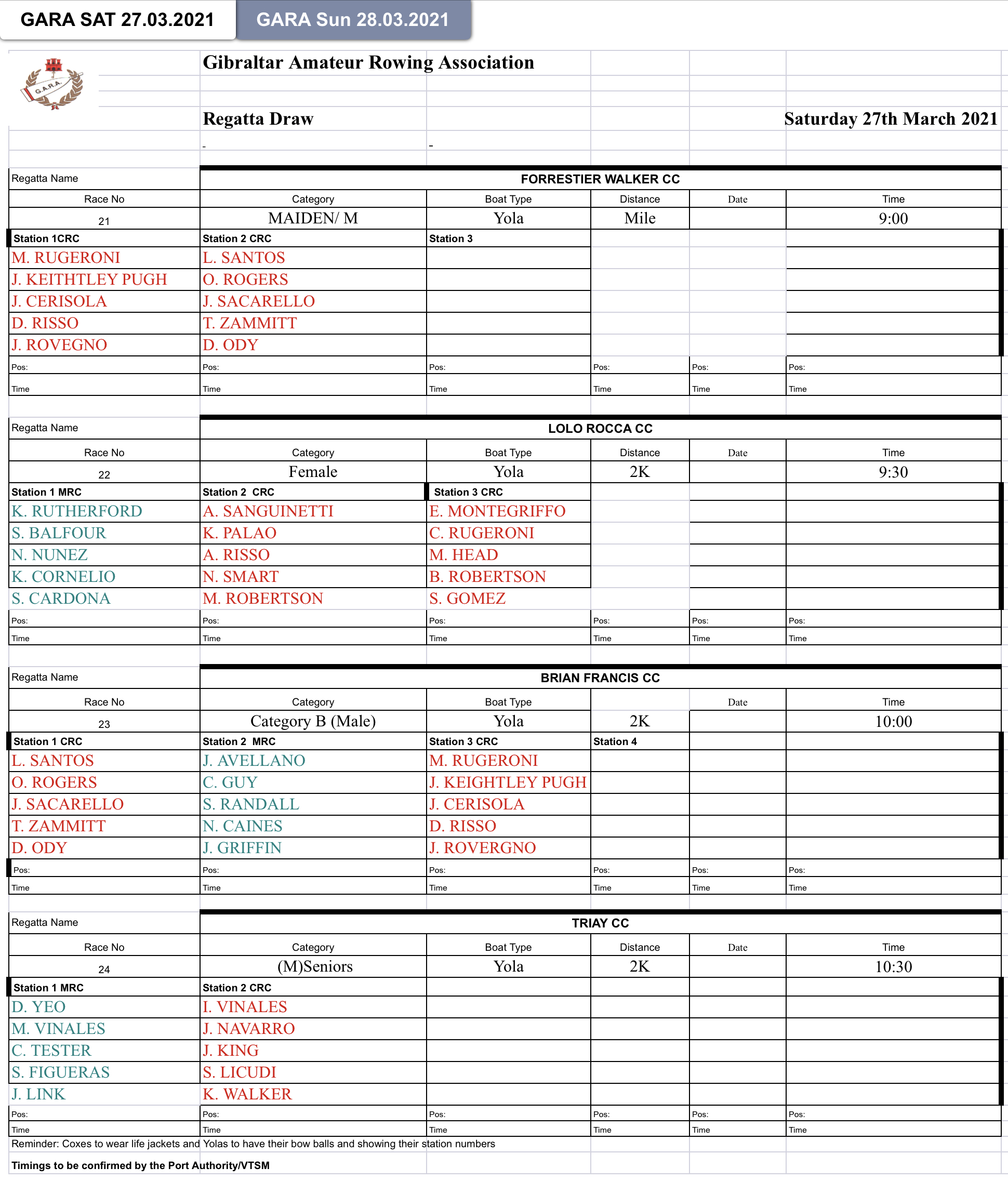