Royal Gibraltar Regiment TAB and last phys of the year.

Members of the Royal Gibraltar Regiment paraded in the Buffadero Training complex to conduct a Commanding Officers PT session, involving a 4-mile tactical march in the Upper Rock carrying 15 kgs.

Recipients of the highly regarded Coins were:
LCpl Arnold Rogers who as I Company Human Resources clerk has been invaluable to the smooth running of the Company. As a Physical Training Instructor, he has also been a key part in the physical development of the troops always ensuring that the lessons have been well prepared and executed. He has recently co-founded the RG Athletics Team who are now a feature in the local running league and has represented both the Army and Gibraltar in major running events around Europe but most notable in the Island Games here in Gibraltar.

Mr El-Carasi has been employed in the MoD as a chef since 2002. He has worked tirelessly behind the scenes to ensure that service personnel receive good value for money in the different dining facilities. As part of his commitment to the MoD he has helped develop new members of the catering team ensuring that his knowledge and experience is passed on to the younger generations.

Warrant Officer Class 2 Hitchcock who is the Company Sergeant Major of B Company (VR). As the CSM he has been a pivotal in the rollout of a new pay capture system. This has come as quite a challenge having to re-format some of the data capture and training documentation to meet the new criteria. This was undertaken outside the training evening and in his own time, showing an unprecedented level of commitment to his subordinates and the Regiment. As CSM he has also been key to ensuring that the training evenings are executed, ensuring that all the preparatory work has been completed and that all of the safety measures have been met.

Warrant Officer Class 2 Jeffries-Mor who during the XVIII International Island Games held in Gibraltar in July 2019, became the first Gibraltarian athlete to win a silver medal in the over 100kg category in sport of Judo. A few months later, in October, WO2 Jeffries-Mor became the first Army athlete in his weight category to become the Inter-Services Judo Champion. 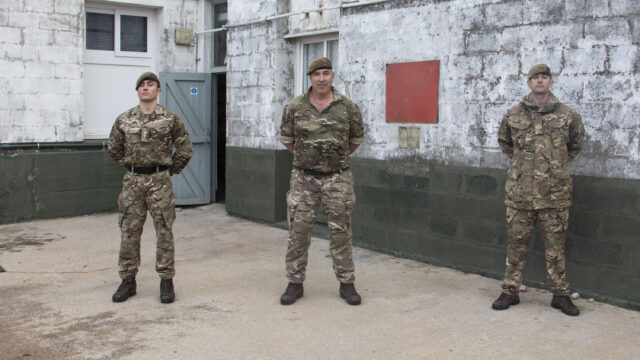 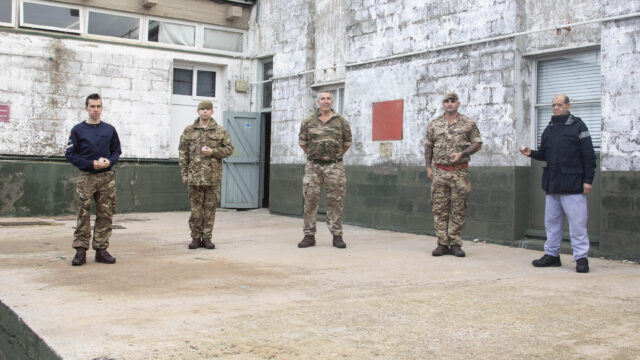 WO2 Jeffries-Mor success in the Island Games was preceded by a years’ worth of build-up training. His positive efforts within the Judo squad did not go unnoticed and he was given the honour of being selected as the flag bearer for Gibraltar during the Games Opening and Closing ceremonies. Following on from his Island Games success, WO2 Jeffries -

Mor attended the 2019 Inter Service championships in Aldershot where he represented the Army in the mixed teams’ events. During this competition, WO2 Jeffries-Mor personally secured vital points towards an overall Army win. After the team competition, WO2 Jeffries- Mor progressed to the individual competition where he put on a truly commanding performance, dominating a packed heavyweight division to claim the gold. He subsequently became Inter-Service Judo champion for 2019 - a first for the Army in his weight category.

Private Mercieca who has recently returned from a Potential Junior Non-Commissioned Officer cadre held by Queens Division in Wales. His performance through that period earned him the recognition of top Junior NCO of a course which had attracted the best soldiers from five other regiments. As a 19-year-old this is undoubtedly an incredible achievement and one that further solidifies the reputation that soldiers from the RG have across the Division. The course itself is designed to test leadership potential in an austere and stressful environment. Designed to fatigue soldiers the course is a balance between physical assessment and tactical exercises in the Brecon Beacons, an area known for its cold and wet climate. 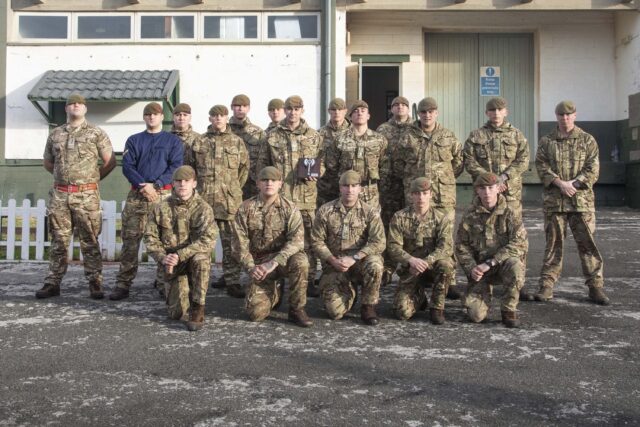 The recipients of the promotions were: Sergeant Thomas Nicholls who was promoted to Colour Sergeant, in the new year he starts a new role in the School of Infantry, based in Catterick, as part of the training assurance team.
2nd Lieutenant Rhodri Thomas was promoted to Lieutenant and in the new year will be part of the Queen Division Courses Cell who are based in Sennybridge, Wales. He will assume the appointment of Platoon Commander and will be instructing potential junior NCOs from across the division.

Closing the parade, the Commanding Officer thanked troops for their hard work, noting how this year has been far from usual because of the Covid pandemic and wished all soldiers a Happy Christmas.